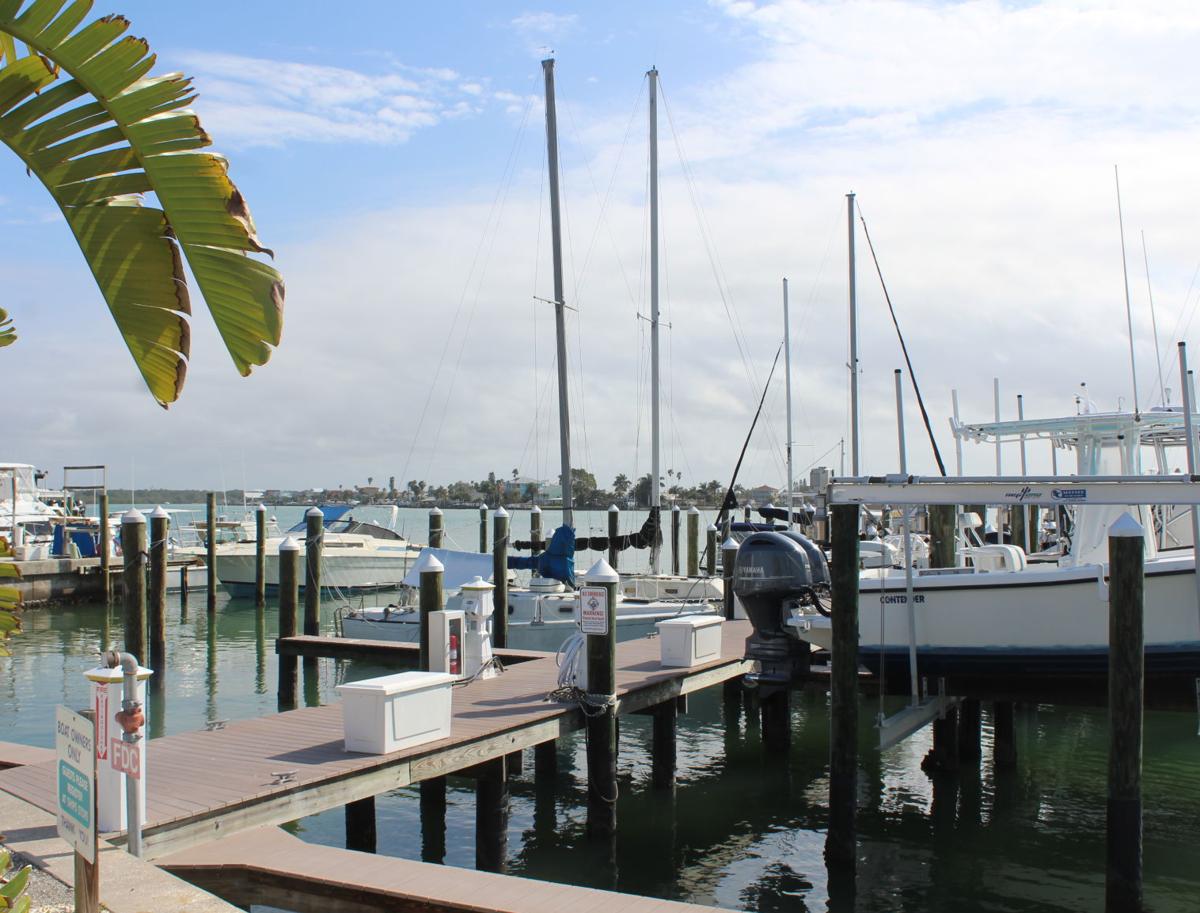 An audit found limited oversight of the Madeira Beach Marina operations and a disregard for purchasing policies and procedures, resulting in a loss of revenue to the city of more than $550,000. 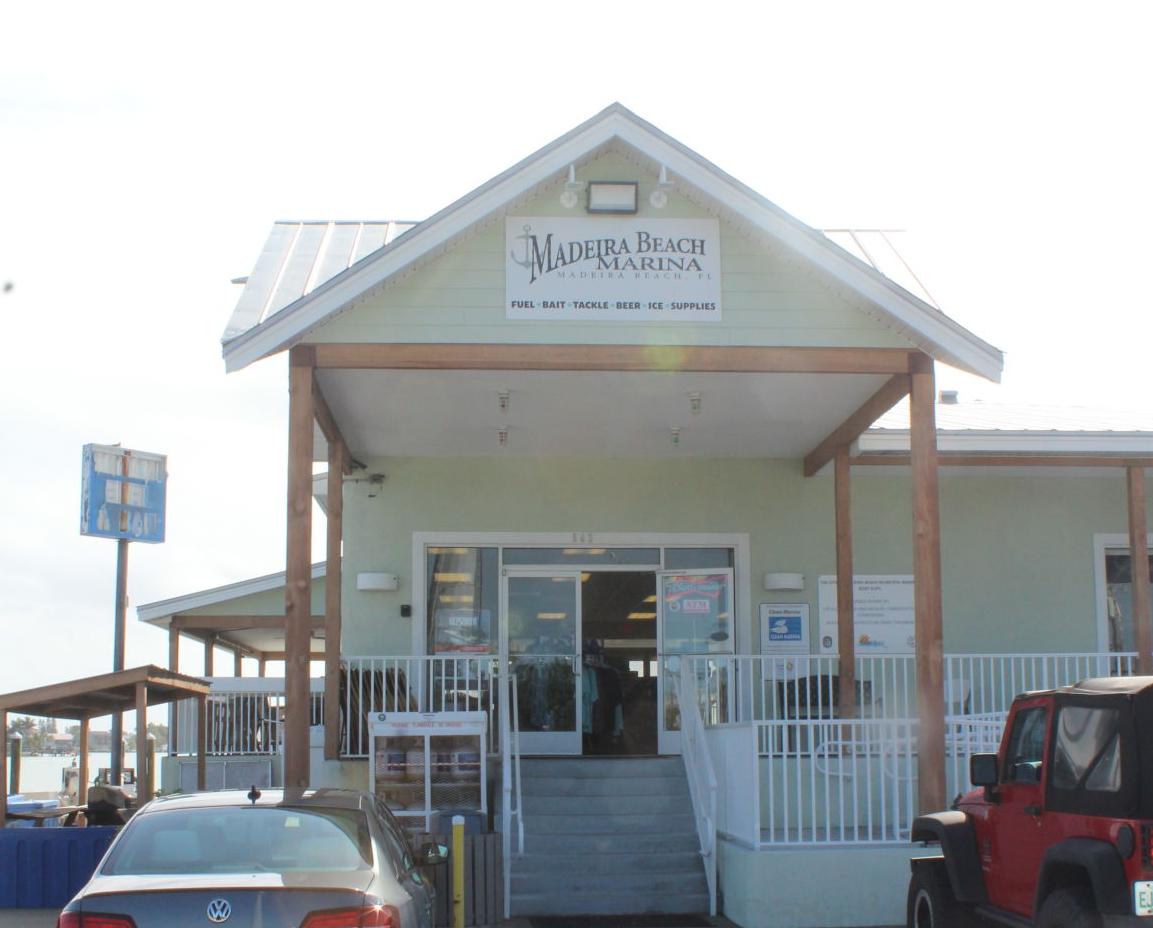 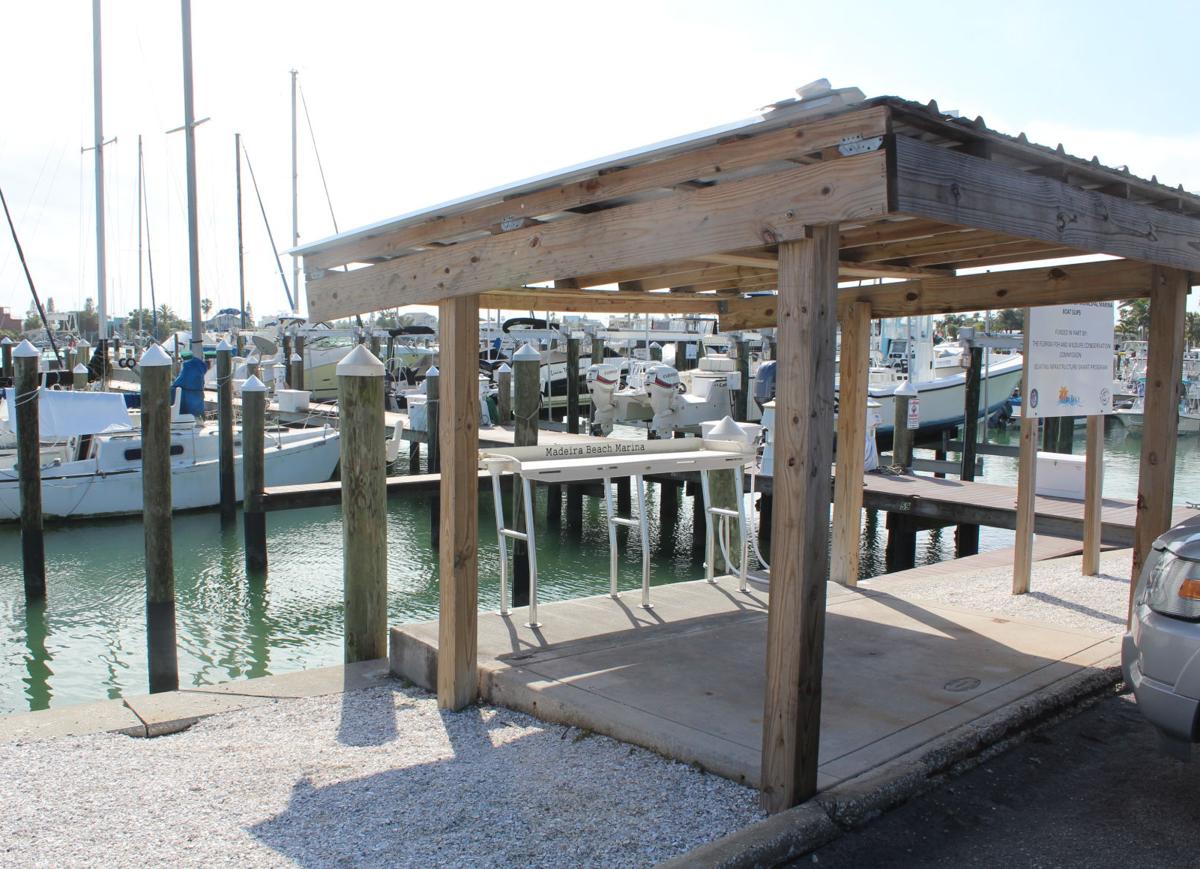 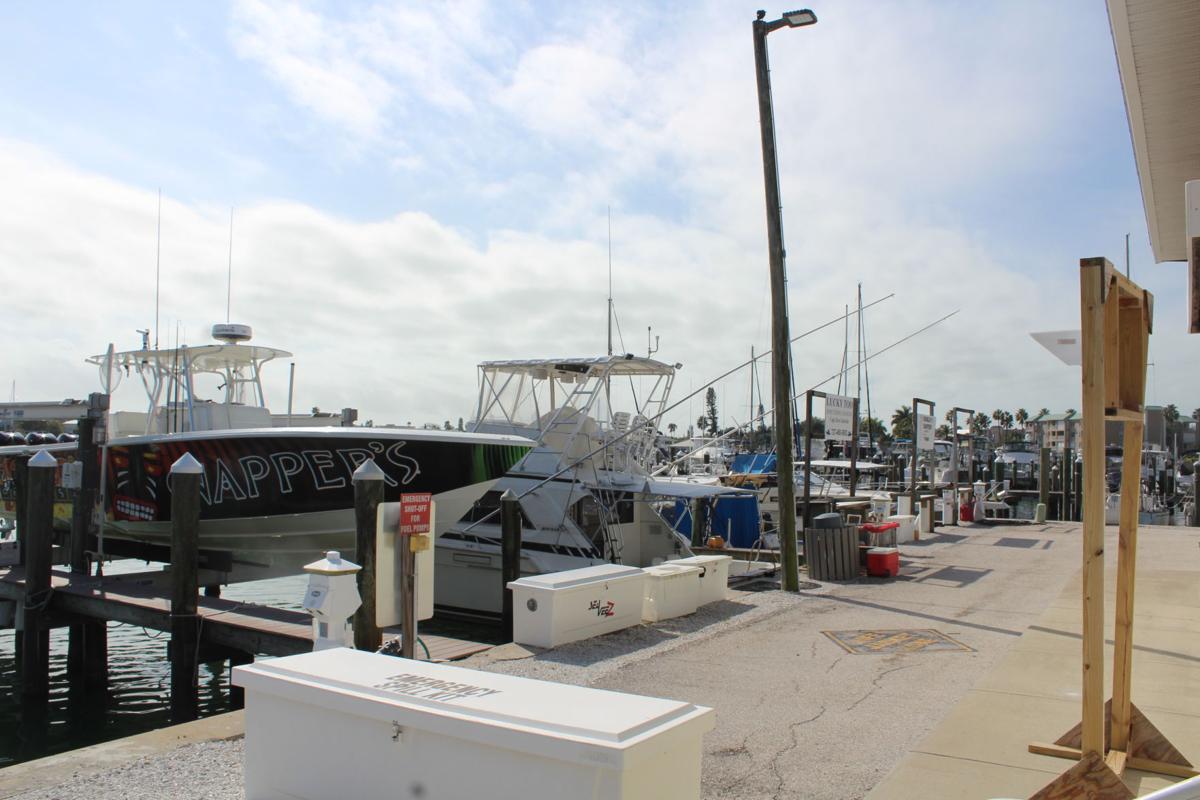 An audit found limited oversight of the Madeira Beach Marina operations and a disregard for purchasing policies and procedures, resulting in a loss of revenue to the city of more than $550,000.

MADEIRA BEACH — An extensive forensic audit of the city marina has found numerous problems with the facility’s operation.

Ben Kincaid from Carr, Riggs & Ingram LLC went through every part of the marina’s operation, pointing out areas of concern in each. The time period covered was February 2015 to August 2018.

Shortcomings at the marina were costly for the city. More than $550,000 in lost revenue or overbilled expenditures was identified as resulting from deficiencies and lack of oversight at the marina’s various operations — the wet slip and dry storage rentals, fuel sales, boat launch ramp usage and ship store.

Examples of lost revenue during the 42-month period ranged from $600 due to incorrect fuel sales prices to $160,000 for wet and dry storage customers who were not billed and up to $325,000 in unauthorized fuel discounts to marina customers and marina employees. Other losses include $30,000 in uncollected late fees and at least $2,000 in uncollected boat ramp fees.

There was also $27,000 in duplicate billing from a fuel supplier that was not noticed until the auditors did their research. It has since been refunded to the city.

Among the major concerns at the marina, Kincaid said the audit found “a general lack of completion in marina contracts,” numerous “inaccurate postings in the marina ledgers, inaccurate billing rates and a lack of marina documentation of transactions.”

The biggest loss of revenue for the city by far was at the fuel pumps, where over $325,000 in fuel discounts were given by the marina that were not authorized in the official fee schedule. More than 90 percent of customers received discounts, and almost 30 percent received at least two discounts on fuel.

The audit report also noted that there were multiple questionable fuel discounts given to marina employees.

At the wet slips, there were variances between the audit and the billed numbers for wet slips totaling $56,000. The audit found no lists were used to verify vessels, no documentation of counts and wet slips were not identified. The exact cause of the lost revenue was undetermined, the audit said, due to a lack of controls and documentation.

At the dry storage operation, there was a lack of documentation, and a lack of controls that was believed to be the cause of up to $103,000 in lost revenue over the 42 months. Instances of transients being billed at lower long-term rates were found. Plus, there were unexplained voided/deleted invoices.

At the ship store, there was no perpetual inventory system, a lack of inventory counts, and lack of a system for tracking sales by item.

The auditors made 25 recommendations for improvement of the marina operations. Those recommendations will require investments of time, with new policies and procedures and training of employees. Capital investments by the city will be needed for items such as cameras, fuel systems, and a new marina accounting system.

In their conclusion, the auditors reported that they found limited oversight of the marina operations, and a disregard for purchasing policies and procedures, resulting in a loss of revenue or overbilled expenditures of more than $550,000.

The audit report says “This disregard for the purchasing policies and procedures likely stems from a lack of training on the purchasing policies and procedures, as well as the ‘tone at the top’ set by the former City Manager, Shane Crawford, and the marina management.” It goes on to explain that “tone at the top” refers to the ethical atmosphere that is created in the workplace by the organization’s leadership, and its trickle-down effect on all the employees.

That appears to be changing with current City Manager Jonathan Evans, said auditor Kincaid. The report says, “current city management appears to have made efforts to correct the tone at the top and has already implemented some of the internal control recommendations for the marina.”

Responding to a question by Commissioner Nancy Hodges, audit partner Glenn Gillyard said the activities uncovered at the marina “did not rise to the level of criminal activity, based on our information.”

Kincaid added that the audit simply “lays out the facts as we observed them.”

The audit was performed after the city’s internal auditor, John Houser of Wells, Houser, & Schatzel, expressed concerns following their annual review of the city’s finances. Houser’s concerns led to city Finance Director Walter Pierce to have staff perform an on-site evaluation of operations at the marina. That review revealed gaps in inventory, record keeping and more.

Evans said the city is working on “a corrective action plan to address the items contained in the findings.”

“We have already started the process of making some of the changes” and will have more to present at the February commission workshop, Evans said.

“We’re going to move very swiftly with this,” Evans said, “and make sure we don’t find ourselves in this predicament again.”

The issues at the marina should be resolved within six to eight months, if not sooner, Evans said, “and we should be substantially better than we are today.”

Evans added he has already had “some very productive conversations with the marina staff.”

David Marsicano, the city’s longtime Marina and Public Works Director, submitted his resignation letter on Dec. 26, saying he was resigning “with a heavy heart and great frustration.”

Commissioner John Douthirt said the auditors had spoken of a lack of documentation for the marina operations. He wanted to know if the losses would likely have been higher if more documentation was available.

Auditor Kincaid said, “it is reasonable to assume the losses would likely be higher (than the half million dollars) if we had all the documents.”

The losses reported, Kincaid said, “are very likely at the low end.”

Commissioner Deby Weinstein said, in her view, the money spent on the marina audit was “the best money spent by the city since the city was incorporated in 1947.”

“We have lost credibility,” she said, “but we will get that back.”

“I think what you said about the ‘tone at the top’ is very, very important. And I feel very good we (currently) have the city manager and finance manager to follow through on these recommendations and put us on a straighter track, and I’m sure that we will be,” Weinstein said.

Resident John Hendricks said he believes Marsicano “did a great job.” But his work at the marina was hampered by being away from the marina operation doing his other job, being public works director.

“(Marsicano) was away quite a bit of the time,” Hendricks said. “He was all over the city” and didn’t have time to oversee the marina operation.

Hendricks also said he believes a lot of the problems at the marina were caused by a lack of employee training and the use of obsolete equipment. These were also listed in the audit findings as shortcomings at the marina that need to be addressed.

Some findings, effects and recommendations

Finding: No system passwords are utilized by marina staff.

Effect: This could allow unauthorized individuals to access, manipulate or change data in the Marina’s systems.

Recommendation: The marina should establish passwords unique to each individual username. Passwords should be required to meet a specific standard.

Recommendation: The marina should establish passwords unique to each individual username. Passwords should be required to meet a specific standard (i.e., length, characters used, etc.) and be changed periodically to increase system security. Additionally, user restrictions should be established based upon the access requirements of each user to perform their duties.

Effect: Activity not visible from the Marina’s front desk cannot be monitored; therefore, individuals have the opportunity to utilize the Marina’s amenities without authorization.

Recommendation: There should be operable surveillance cameras installed that clearly show both boat ramps, both entry gates, each dock, the seawall, fuel stations, front desk register and ship store entrances. There should also be operable surveillance cameras that cover the dry storage area and offer complete or rotating views of the Marina’s dry storage areas. Camera viewing should be available at the Marina’s front desk as well as accessible by the city. Additionally, the historical video footage should be stored on secure city servers.

Finding: Gates are not closed every night by the Public Works Department.

Effect: This could allow unauthorized entry into the Marina. This could result in the theft or vandalism of Marina property or customer property in addition to use of Marina services without payment.

Recommendation: Although the closure of these gates is the responsibility of the Public Works Department, we recommend that Marina staff verify the gate is closed at the end of each day when the Marina’s gate is being closed.

Finding: There are no physical controls or physical counts for the boat launch ramp.

Effect: Individuals may utilize the boat launch ramp without paying resulting in lost revenue for the Marina.

Finding: The Marina’s current fuel pump system is not capable of accepting prepayments for fuel sales. It also cannot accept a hold on a credit card prior to the pumping of fuel to ensure that payment for the fuel is received.

Effect: Customers may be able to receive fuel without paying for the fuel.

Recommendation: The City should consider upgrading the Marina’s fuel pumps to accept prepayments for fuel sales and holds on credit cards prior to the pumping of fuel.

Finding: Marina employees are purchasing goods or services from the Marina. However, there appears to be no formal oversight or policies regarding employee purchases or the application of discounts.

Recommendation: Due to close nature of marina, purchases and any associated discounts should be approved by the Marina Manager and separately notated for Finance Department review. The city should formulate a written policy regarding employee purchases and discount eligibility.