Shown is an artist’s rendition of Redington Village as seen from Gulf Boulevard. 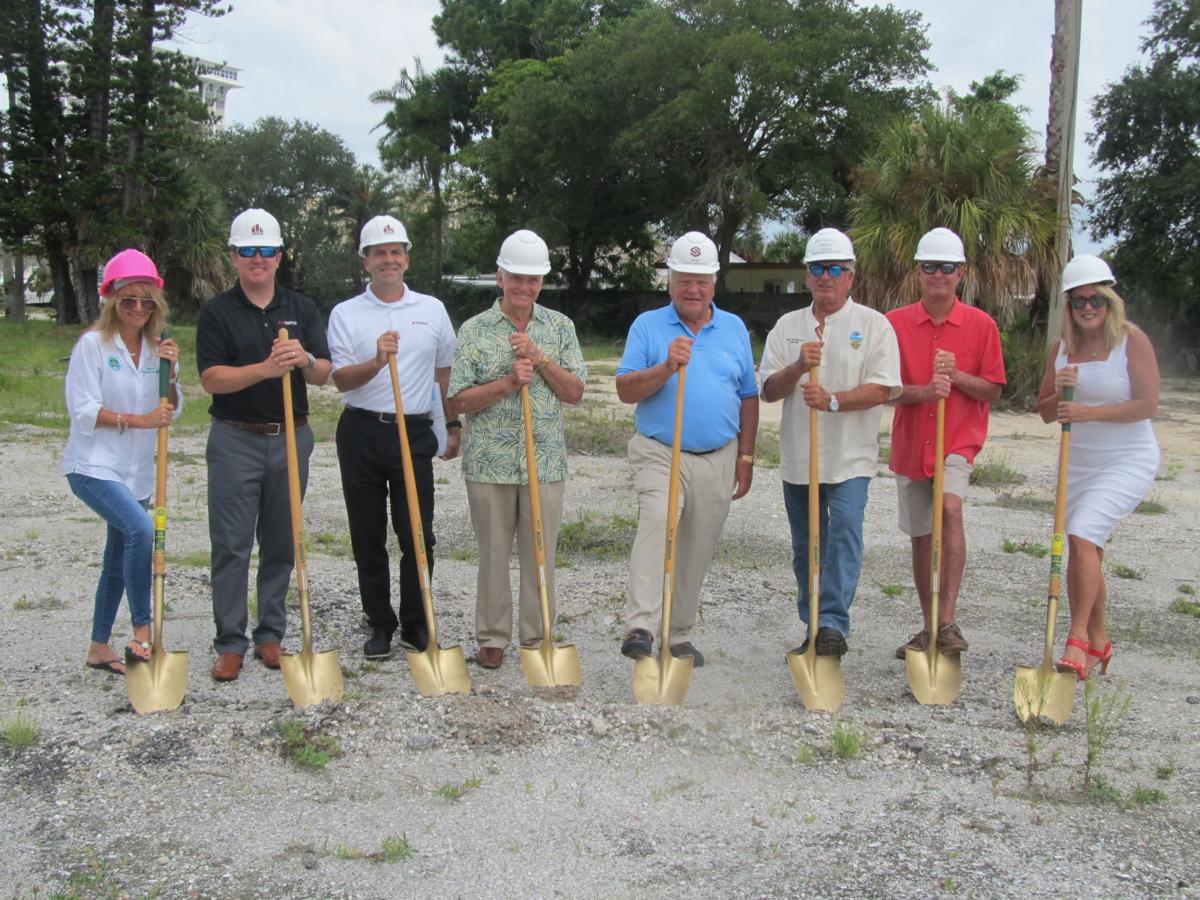 NORTH REDINGTON BEACH — After years of lying vacant, the old Wine Cellar property is about to take on new life.

On July 9, civic officials and developers gathered to break ground for the new Redington Village development. The 15,000-square-foot development consists of two buildings and will contain seven businesses, six of which have already committed.

The property is on Gulf Boulevard at 174th Avenue. The portion nearest to 174th is located in Redington Shores while the larger portion is in North Redington Beach.

“It is going to be beautiful,” he said. “It is going from a vacant lot to a very viable commercial business. It will enhance our town, not only in the arena of serving people, but just taking that lot and making something happen, something beautiful and functional.”

Belleair Shore Mayor Bob Schmidt was on hand as the owner of the land and the development.

“Several years ago we bought this property and envisioned a great development here,” he said. “It has been a long time coming.”

Developer Allen Goins put together the deals that brought nearly a full house to the new property. For the first time, all the new tenants were revealed.

Then there is also a nail salon, Edin Nails, another restaurant, Bistro Sushi, and Studio 400 Spa. There is just one vacancy in the project and Goins said he feels that will likely be filled before the development is open by the end of the year.

The completion of the project will be a welcome sight for many residents of North Redington Beach. It will be a new beginning for a historical piece of property in the town.

“The Wine Cellar closed six years ago,” Queen said. “Before that it was a famous place. It goes back to the 1950s and has a lot of history to it.”

Queen explained that celebrities regularly hung out there, including Joe DiMaggio and Marilyn Monroe during their marriage.

“Nobody knew about it, so stars could come and not be bothered,” he said.

Schmidt made it clear that developers hoped to be finished with construction and have everything open by the end of the year, in time for the tourist season.

Goins said the project will create 60 full-time and part-time jobs. The cost of the development is $8 million.

The groundbreaking was something to be proud of, Queen said.

“It has been a long time coming,” he said. “It is a great addition to the Redingtons and it is something we can all share.”