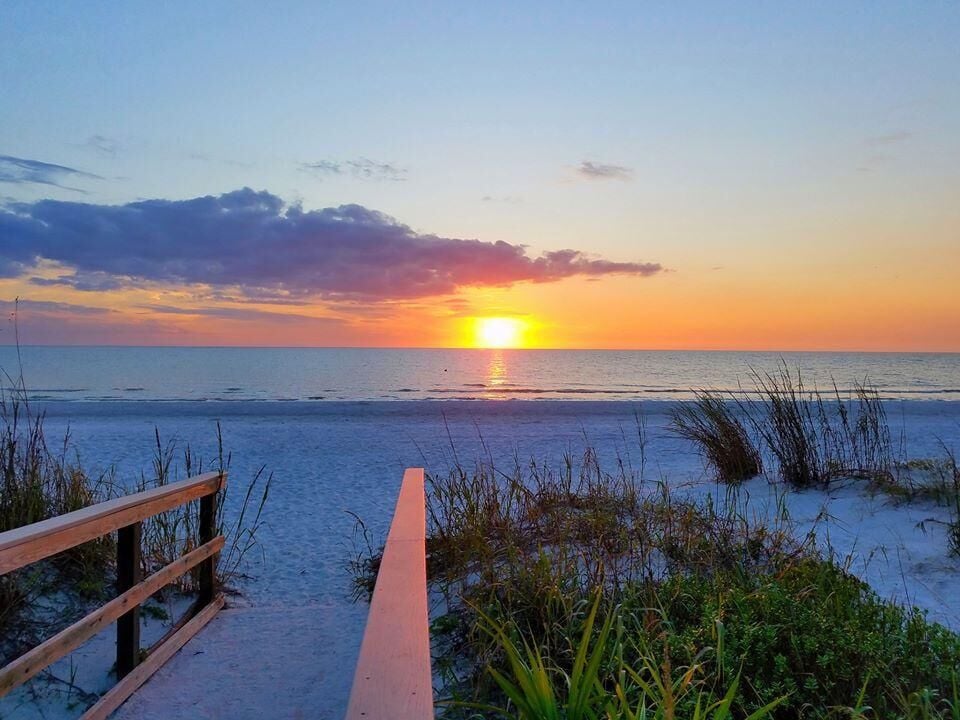 The town of Redington Beach and property owners have been in a legal battle over a state law that restricts the right of the public to use portions of the beach owned by residents. It’s possible the litigation could go as far as the U.S. Supreme Court, the town attorney says. 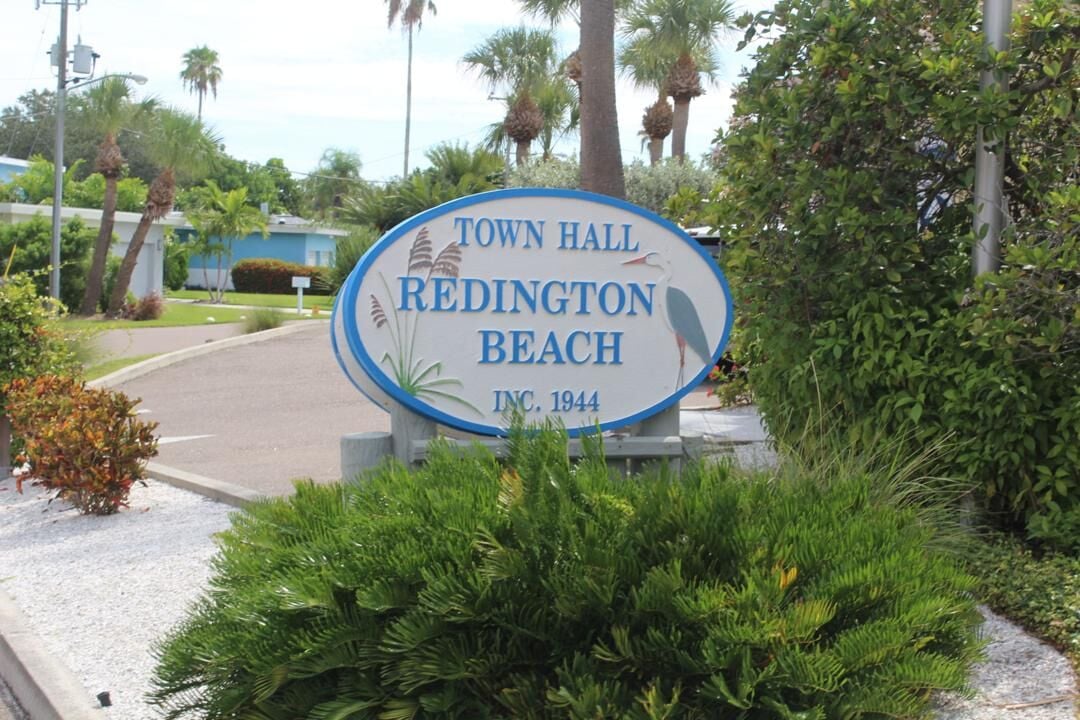 The town of Redington Beach and property owners have been in a legal battle over a state law that restricts the right of the public to use portions of the beach owned by residents. It’s possible the litigation could go as far as the U.S. Supreme Court, the town attorney says.

REDINGTON BEACH — This tiny beach town of about 1,500 people is engaged in a potentially epic political and legal battle between beach residents and the town’s government over who has the right to use the dry sandy portion of its gulf-front beaches.

The outcome could affect public beach users and all beach property owners throughout Florida and, because of federal court involvement, potentially throughout the country.

“Yes, this could go as far as the U.S. Supreme Court,” says Redington Beach Town Attorney Robert Eschenfelder. “The court has never ruled directly on this issue and the residents (suing the town) appear have enough money to fund litigation that far.”

The town’s legal battle began three years ago when the Town Commission rushed to update its beach access ordinance before a new state law went into effect. That law now restricts the right of the public to use portions of the beach owned by residents.

Seven residents who own multimillion-dollar beachfront homes in Redington Beach claim the town’s ordinance amounts to an illegal “taking” of their private properties and violates their constitutional rights.

The U.S. District Court for the Middle District in Tampa agreed and tossed the ordinance out, only to be overruled in August by the U.S. 11th Circuit Court of Appeals, which reinstated the town ordinance. Earlier this month, the group of beachfront residents formally requested a rehearing before the full appeals court.

If the en banc rehearing is denied, the issue would revert back to the District Court for “further consideration” and a trial in a venue that previously ruled against the town and in favor of the residents.

District Judge James Moody Jr.’s original order “seemed quite dismissive of the town, but the appeal opinion put the finger on our side. The judge now knows we are willing to appeal and that he has lost once,” said Eschenfelder.

However, if the full appeals court agrees to rehear the case and reverses itself to rule for the residents, the town could appeal to the U.S. Supreme Court.

Clearly, there does not seem to be any quick resolution to this dispute.

“Florida is famous for its beaches,” the 11th Circuit Court of Appeals declared in the first paragraph of its Aug. 20 ruling. “The Town of Redington Beach, located on a barrier island in the Gulf of Mexico, is no exception.”

The court’s ruling temporarily reinstated a town ordinance that allows the public to use most of the sandy beach, even if it is privately owned by beachfront residents. The court said that the District Court was wrong when it ruled for the property owners, discounting the town’s argument and prior Florida court rulings upholding the issue of customary use.

The ruling discussed the town’s evidence that the sandy portions of the beach have historically been used by the public, and reviewed the concerns of beachfront residents that the town’s ordinance allows the public to invade their private property.

The Appeals Court noted that state law and courts, including the Florida Supreme Court, have upheld the concept of historic customary use of property owned by others. In 1939 the Court ruled:

“There is probably no custom more universal, more natural or more ancient, on the sea-coasts, not only of the United States, but of the world, than that of bathing in the sale waters of the ocean and the enjoyment of the wholesome recreation incident thereto … The constant enjoyment of this privilege of thus using the ocean and its fore-shore for ages without dispute should prove sufficient to establish it as an American common right.”

In 1974, the Florida Supreme Court further ruled: “The sandy portion of the beaches are of no use for farming, grazing, timber production, or residency — the traditional uses of land — but has served as a thoroughfare and haven for fishermen and bathers, as well as a place of recreation for the public. The interest and rights of the public to the full use of the beaches should be protected.”

Why the town changed its beach ordinance

In July 2018, a new state law was to go into effect allowing beachfront property owners to block the public from access to the sandy beach upland of the mean high-water line. It also required local governments to sue beach landowners if they wanted the public to be allowed onto privately-owned dry sandy areas of the state’s beaches.

The only exemption from the law were local governments that already had “customary use” ordinances applying to the dry sand portions of their beaches. Mindful of that provision, the Redington Beach commission unanimously changed its customary use ordinance just before the law went into effect.

The updated ordinance specifically allowed the public to walk on the dry sand beach and sit on the sand in a beach chair or on a beach tower or blanket. The public could also sunbathe, build sand sculptures, have picnics, fish, swim, or surf, as well as place personal surfing or fishing equipment on the beach.

According to the ordinance, the only restriction to public beach access were areas measuring 15 feet upland of the base of sand dunes or from privately owned buildings.

Why the residents sued the town

At the time the ordinance was passed, residents were already threatening to sue the town. At one public hearing, an attorney for residents Pamela Greacen and Arthur Buser, who would later sue the town in state court, said the 2018 ordinance constituted a declaration of “war” against beach property owners. They later moved their case to federal District Court which was considering a related federal lawsuit filed in 2019. Litigation on the Greacen/Buser lawsuit was halted in July pending results of the appeal of the larger federal case. It is possible these cases may now be joined.

In their complaint, they claimed that the town’s alleged refusal to enforce the 15-foot buffer zone amounted to a taking of their property. Additionally, they objected to alleged public behaviors on their private properties: damage to private barriers on the beach; sexual activities; blocking the beach for wedding ceremonies; setting up large beach umbrellas, chairs, and tents; discarding trash; loud music; drinking alcohol; smoking tobacco and marijuana and other drug activity; setting off fireworks; using private beach-side showers; and leaving belongings on private sea walls and among sea oats for hours.

Joseph Kenny, the attorney for the residents, declined to comment for this story.

However, in his request for a full en banc rehearing before the federal appeals court, he said he believes the 11th Circuit ruling conflicts with prior U.S. Supreme Court rulings by appearing to approve third parties’ “right to access and use private property without paying just compensation to the property owner.”

The most recent Supreme Court decision, Cedar Point Nursery v. Hassid, was issued just months ago and ruled that “government-authorized invasions of property — whether by plane, boat, cable, or beachcomber — are physical takings requiring just compensation.”

Kenny is seeking to have the town’s customary use ordinance declared invalid and in violation of the U.S. Constitution’s Fifth Amendment.

“It’s an important issue on both sides,” said Eschenfelder. “I one-hundred percent sympathize with property owners who pay $10 million for a mansion and don’t want to see people in their back yards.”

Nonetheless, he predicts the residents will lose their request for a rehearing and is girding up for a week-long trial where he says the town will put some 40 witnesses on the stand to prove the town’s longstanding custom of allowing the public to use the beach.

“Meanwhile, we just need to try to live together” he said.

The town’s reaction after winning appeal

“The Town’s (customary use) ordinance is again in effect,” states a letter on the official Redington Beach website.

According to the town’s statement, beach visitors using privately-owned dry sand areas are restricted to “only” the activities specified in the ordinance and are barred from the 15-foot buffer zone between the base of dunes and beachfront homes.

“The ordinance expressly prohibits the use of tobacco, the possession of animals, and the erection or use of tents,” the town’ statement continues. “Unlawful” activities such as “public nudity, drug use, littering, abandoning property, noise ordinance violations, fireworks use, unpermitted fires” are specifically banned.

The town warns that such offenses would be subject to either law enforcement action or code violations, both of which are implemented by Sheriff’s deputies. Residents and visitors, alike, are urged “to treat each other with respect and kindness.”