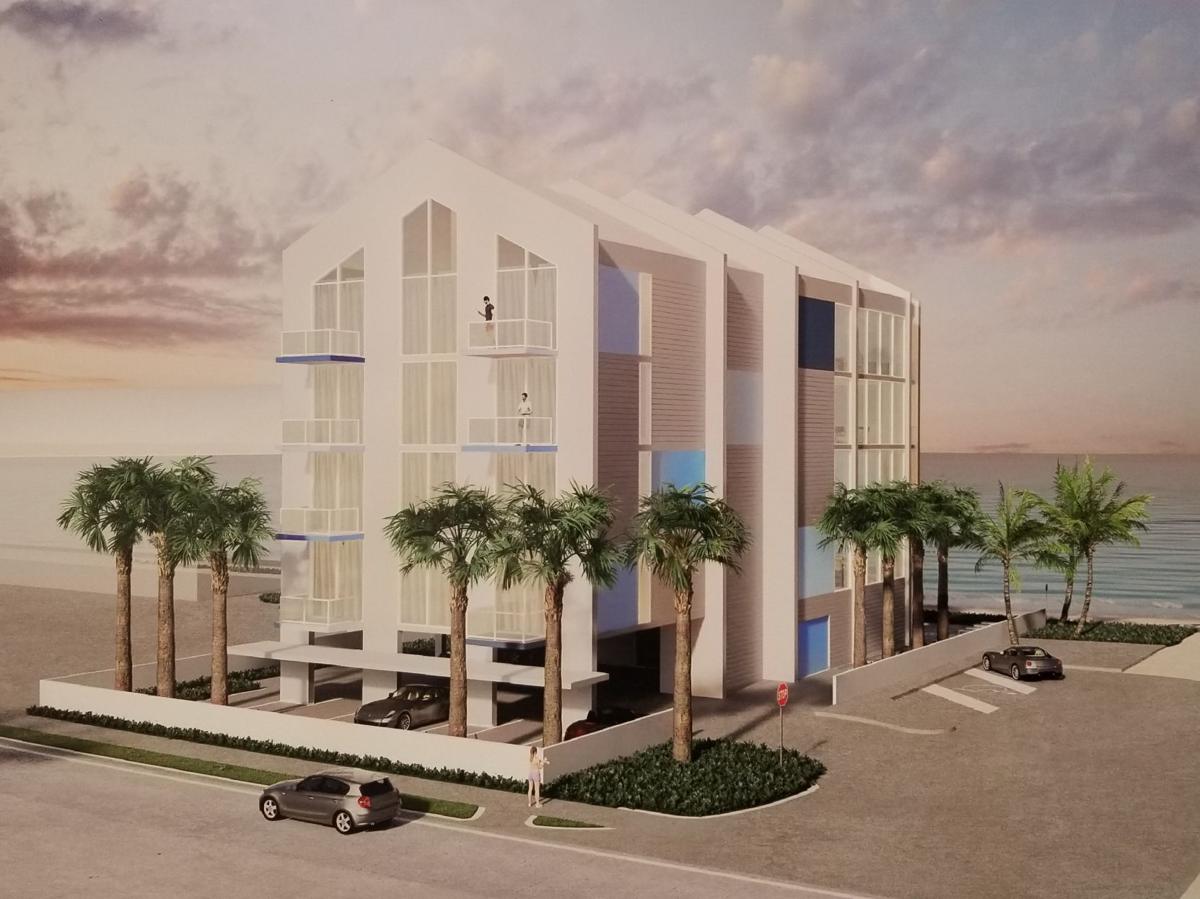 Shown is a rendering of a proposed multifamily development at 18840 Gulf Blvd. in Indian Shores. 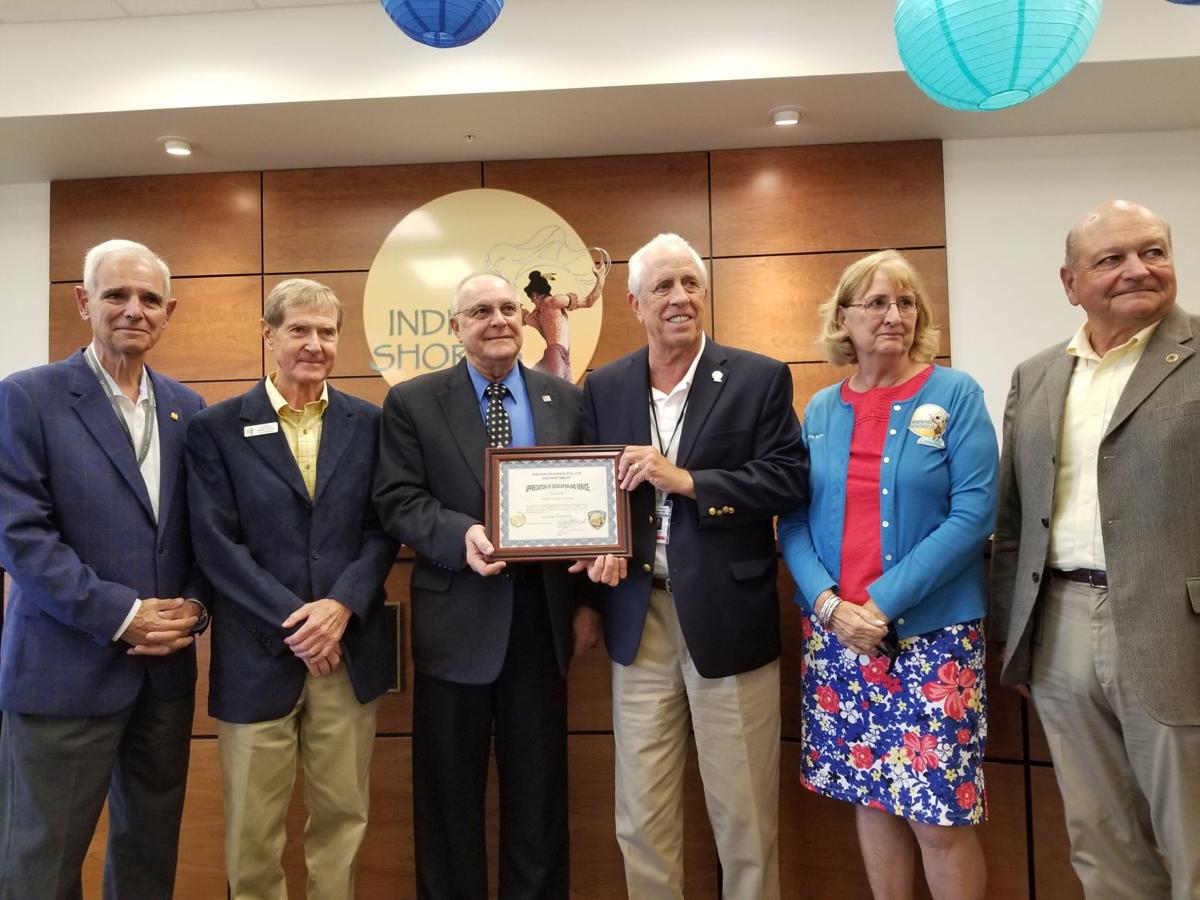 INDIAN SHORES — After a moment of silence in honor of Patriot Day, town councilors got down to business at their Sept. 11 meeting. Highlights of the agenda included the first public hearing of the proposed fiscal year 2019/2020 budget, a variety of police personnel updates, and approving a site-plan review for 18840 Gulf Blvd.

Upon first hearing, councilors unanimously adopted the tentative property tax rate and the $3.54 million proposed budget for the next fiscal year. The second, and final, hearing is scheduled for Wednesday, Sept. 25.

The proposed millage rate is 1.87 mills per $1,000 of assessed value, the same rate as the previous year and one of the lowest in Pinellas County. The rate is a 5.16 percent increase over the rolled-back rate of 1.7783.

A quasi-judicial hearing to approve a request for a site-plan review from Sunset Shores Properties, LLC at 18840 Gulf Blvd. in Indian Shores was approved by a vote of 4-1, with Councilor Mike Petruccelli voting against. The development is a multifamily building with four units on four floors above parking.

The town’s engineer, Bob Brotherton of Brotherton Engineering, recommended approval of the site plan and provided background on the property. He said the previous condo on that site had been destroyed by fire. The property has approximately 0.29 acres, or just over 12,500 square feet, of buildable land, and is adequate for five units, but the proposed development is for four units.

The engineer is Arcturus Group, LLC based out of Holiday, and the architect is Silberstein Architecture in Delray Beach.

• Council addressed three ordinances amending the police pension fund. The first two were tabled at last month’s meeting because of Town Attorney Regina Kardash’s concerns regarding wording. Councilors voted unanimously to withdraw the first ordinance, pass the second on its second hearing, and to pass the third ordinance on its first hearing. The new ordinance replaced the one that had been withdrawn.

The amendments to the police pension fund were to clarify the option for the chief of police to elect not to participate in the pension plan. Kardash added that this would be “retroactive to March of this year” when Chief Rick Swann was hired.

• Mayor Patrick Soranno and the council presented a certificate of appreciation to former Police Chief Terry Hughes in recognition of his 28 years of service to the towns of Indian Shores and Redington Shores. Hughes began his career as a patrolman and worked his way up the ranks to chief of police.

Hughes left a year ago because of medical issues, which kept the town from giving him a proper send-off. Current Chief Rick Swann also presented Hughes with the credentials of a retired chief.

• Council approved a salary adjustment for Police Capt. Glen Smith from $60,000 to $70,000 annually effective Oct. 1. Swann reminded the councilors that, “When Capt. Smith was hired, he agreed to accept a lower starting salary for the remainder of the fiscal year to assist with bringing the budget into line.”

In Swann’s formal request to adjust Smith’s salary, he referred to a local area salary survey conducted in January that established a median salary range for the rank of captain “using five other local police departments of similar size and responsibility.” The average range was $79,778-$101,052. “This requested increase to $70,000 remains below the aforementioned range,” wrote Swann.

First, council approved the hiring of Lori Kaess for the position of administrative assistant to the police chief at a starting annual salary of $42,000 with a start date of Sept. 16.

Councilors also signed off on John (Brad) Seale for the position of reserve police officer with the designation of detective and a start date of Oct. 1. Seale has a history of 26 years of service with the Largo Police Department, where he retired at the rank of major. He served in the U.S. Army Special Forces (1984-1988) and in the reserves (1989-1996).

Soranno said that having reserves in the police department saves the town money.

“The more reserves we have, the less overtime we have,” he said.

Two other ordinances were passed unanimously on their first reading. One ordinance repealed certain sections in general ordinances having to do with buoys, relative speed and transit.

The other ordinance allowed for the town administrator and chief of police to expend up to $10,000 and the director of finance/personnel and the town clerk to expend up to $5,000 of budgeted funds for urgent and operational matters on behalf of the town. Recent examples include when emergency repairs needed to be made for a gas line leak, garage door opener malfunctions, and air conditioning breakdowns.