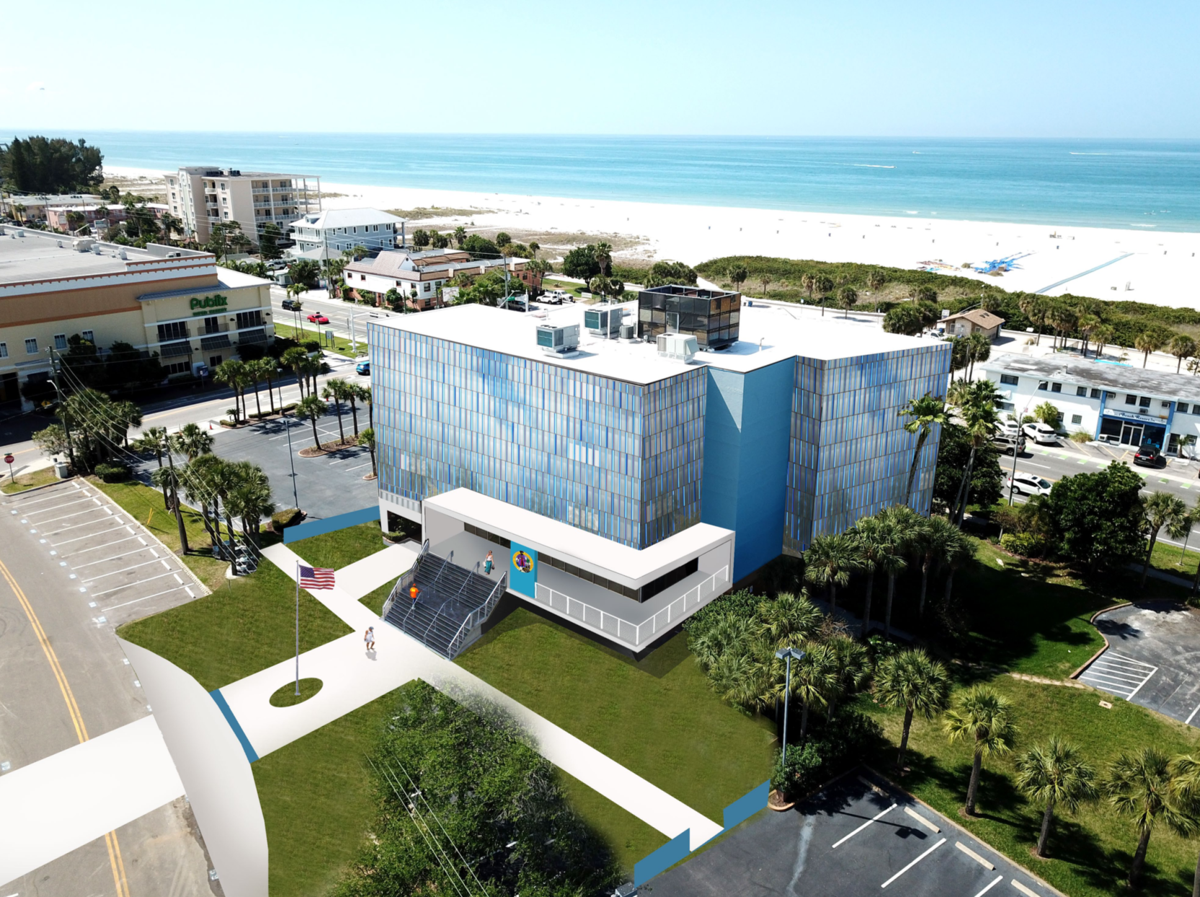 The former Allied Building at 10451 Gulf Blvd. will be Treasure Island’s new City Hall and Community Room. Shown is how the building could look with some colorful additions. 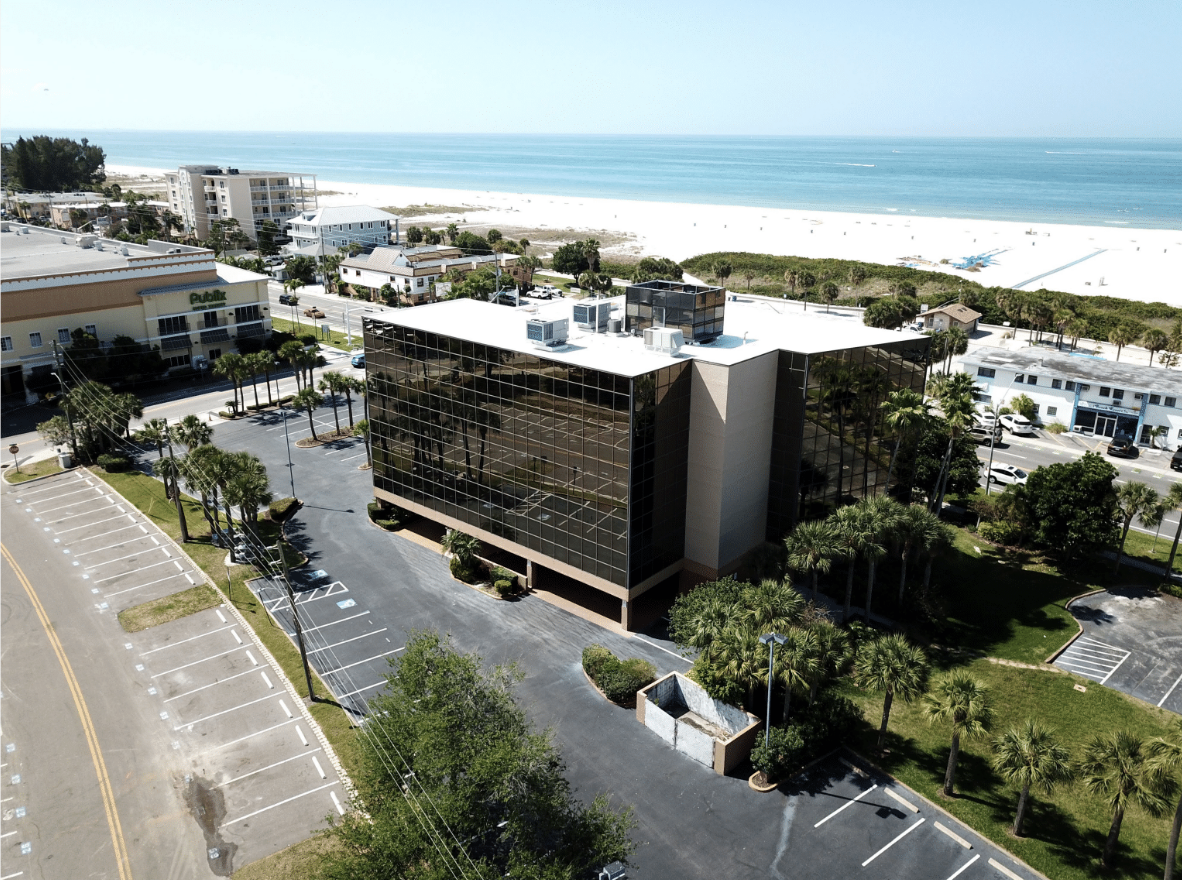 TREASURE ISLAND — The city has made plenty of progress in the past month toward achieving its plans of moving to a new and improved City Hall.

In early March, it acquired an $8 million loan, and then quickly put $6.35 million of it to use by closing on the former Allied Building at 10451 Gulf Blvd., which will be used as a new City Hall and Community Room.

Commissioners took another step forward May 5 when they unanimously voted to award a contract of up to $280,000 to Wannemacher Jensen Architects for design services.

The rest of the money will go to renovation design, construction, and furniture, fixtures and equipment.

“Overall, we want to make sure we design a facility that uniquely represents Treasure Island, and we want to get very involved with you as a commission, with the stakeholders, with the community to make sure we are truly representing you,” said Jason Jensen of the St. Petersburg firm that also provided services for Madeira Beach and St. Pete Beach city halls.

For the renovation project, the firm will not only offer design services but will also make sure all the building’s systems are in working order and that it is environmentally friendly and utilizes smart technologies.

“The exciting part is really envisioning what we can do with this building,” Jensen said. “I think you made a wise decision on an existing building that has a lot of potential — good bones, great visibility. And what could that mean for the future of City Hall.”

“This building is really right in between those entities, and could we work to really connect your green space and your sand space, if you will, through the City Hall building,” he said.

He recommended changing the current access, which is from the south, and having it from the east from the park side.

“I like the idea of moving the entrance over to the park,” Commissioner Tyler Payne said.

Commissioner Saleene Partridge said she would like Jensen and the city to be proactive in designing a space that will conform with the new reality created by the coronavirus pandemic so that they will not have to make changes later.

Jensen said his team was already working on some ideas, such as adding UV lights within the office space that could have a sanitizing effect.

Commissioner Marybeth Wetzel said she was curious what options were available to fortify the structure, which features plenty of glass.

“The real fix is to replace the curtain wall system entirely with a rated Miami-Dade level system because they test the systems between the glass and the curtain wall, but there are some intermediate potential that we will look at as far as impact-resistant domes and glass replacement that could be done more gradually,” he said.

Jensen said the project would move along fairly quickly.

The design phase will run through mid-October, he said, adding that there will be plenty of City Commission and public feedback during that time.

Bidding for construction on the project would then run through the end of the year, and construction could begin at the start of 2021.