Safety was among the factors staff took into account when designing the commission chambers for the new City Hall. Among the scenarios they had to consider was an active shooter. 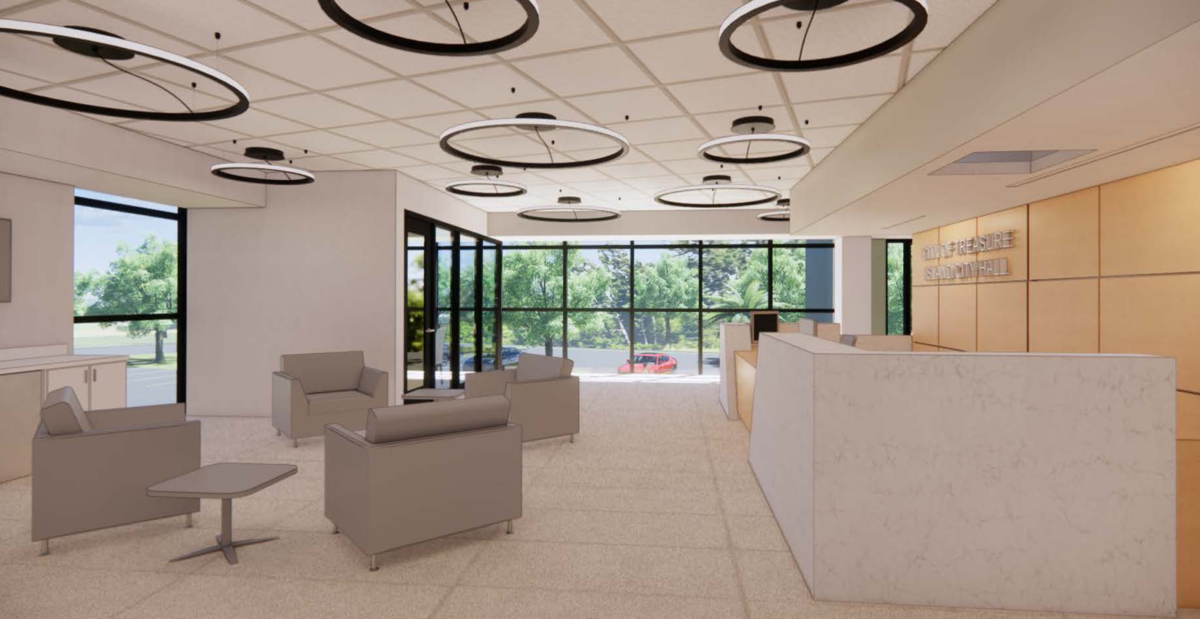 Rendering shows design for the lobby at the new Treasure Island City Hall. 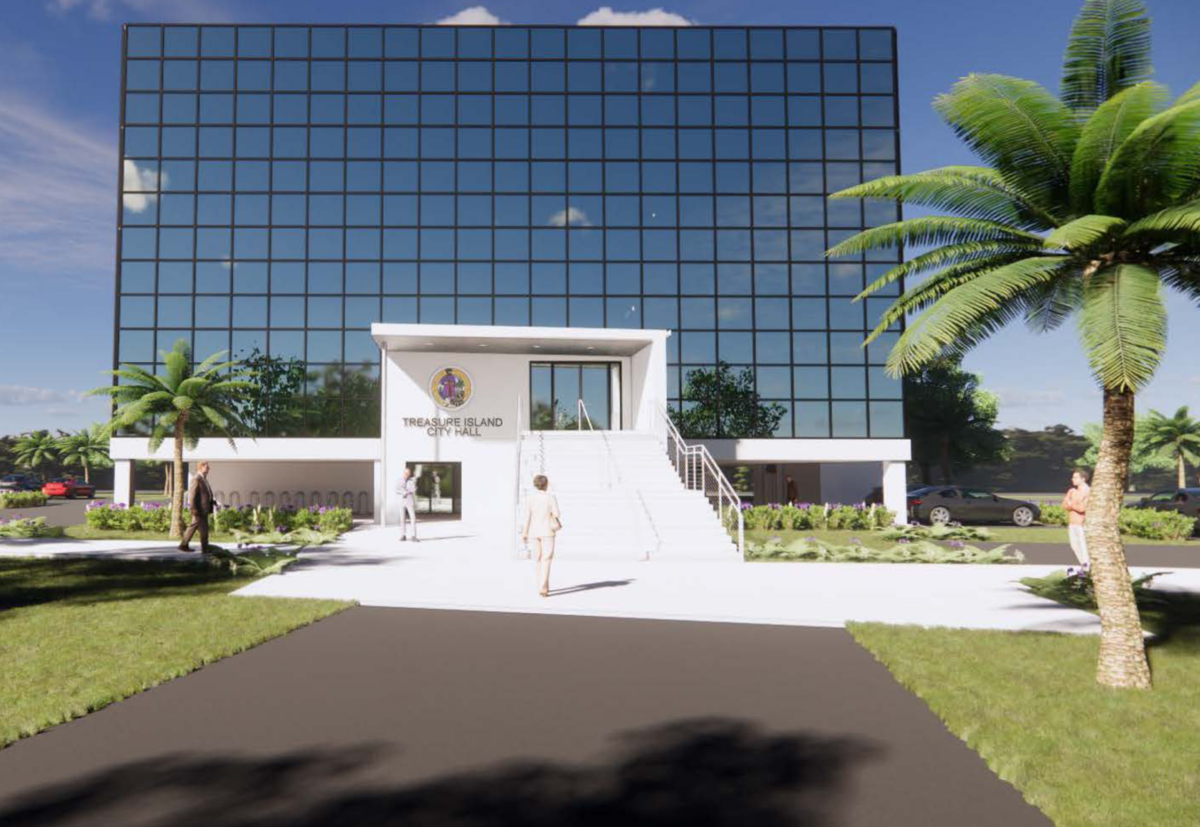 Safety was among the factors staff took into account when designing the commission chambers for the new City Hall. Among the scenarios they had to consider was an active shooter.

TREASURE ISLAND — Some of the cost that will go into transforming the former Allied Insurance building at 10451 Gulf Blvd. into Treasure Island’s City Hall Center will be unseen, but necessary in a modern era where officials have to plan for the unforeseen and unthinkable.

It will also incorporate safety features that a small island city never had to imagine or budget for years ago.

For example, when Commissioner Tyler Payne questioned the straight-line design proposed for the City Commission dais, which may make it more difficult to see other board members, City Manager Garry Brumback noted it all has to do with security and protection of board members.

“One downside to the curved City Commission dais is the person at the far right side is exposed” to a potential shooter, the city manager suggested.

He added, “We have incorporated ballistic material into the dais in order to protect against something, heaven forbid, but we are trying to balance safety and security with functionality. It’s not an easy balance.”

Boyles added when it came to dais, design staff had to consider few different options like the number of bullets the dais can withstand. “It’s kind of upsetting to think about, and I think we went with the more minimal design,” she said.

The building will have a number of security cameras and card readers at certain doors used by staff, but no metal detectors at public entrances.

Brumback said there is “a lot of staffing associated with (metal detectors); it’s much bigger than just detecting metals, and has no use unless there is somebody there to prevent something bad happening if the metal’s found.”

Boyles told commissioners planners are studying sustainability and have listed initiatives planned in both construction and operations. Some of the details involve “how we are going to procure the items like having requirements for recycled composite materials, engineered wood and things like that,” she said.

Boyles said the city hopes to have plans and specifications completed by January, a contract awarded in March, and move-in “by this time next year.”

The third floor will it be renovated at the same time as the second and fifth floors. Partial renovation will be done on the fourth floor to bring it up to building code, with items such as installing a sprinkler system and removing the drop ceiling along with some of the walls and flooring.

The fifth floor will be utilized as a community space that can be rented for events, meetings and provide much-needed programming space for the recreation department.

Entrance to the new City Hall Center will be on the east side of the building at Treasure Island Park. Visitors can take an elevator or stairs to the second-floor customer service lobby.

“Beyond the lobby is the Commission Chamber that overlooks the beach, and the Community Development Department is to the other site of the lobby,” Boyles said. “The next floor up is the staff working floor, with a primarily open floor plan, designed to keep staff located in close proximity for efficiency and collaboration. The workspaces have been designed with flexibility, keeping in mind the potential needs of the future workforce,” she explained.

The fifth-floor community space boasts a beautiful view of the Gulf, the downtown corridor and Treasure Island Park, Boyles said. It features multiple sized rooms for classes or meeting spaces for community groups and activities. It is also home to one larger premiere event space with a catering kitchen, making it an attractive venue for a variety of functions, she added.

The design will come to the City Commission again when it approves the final bid sometime in March.