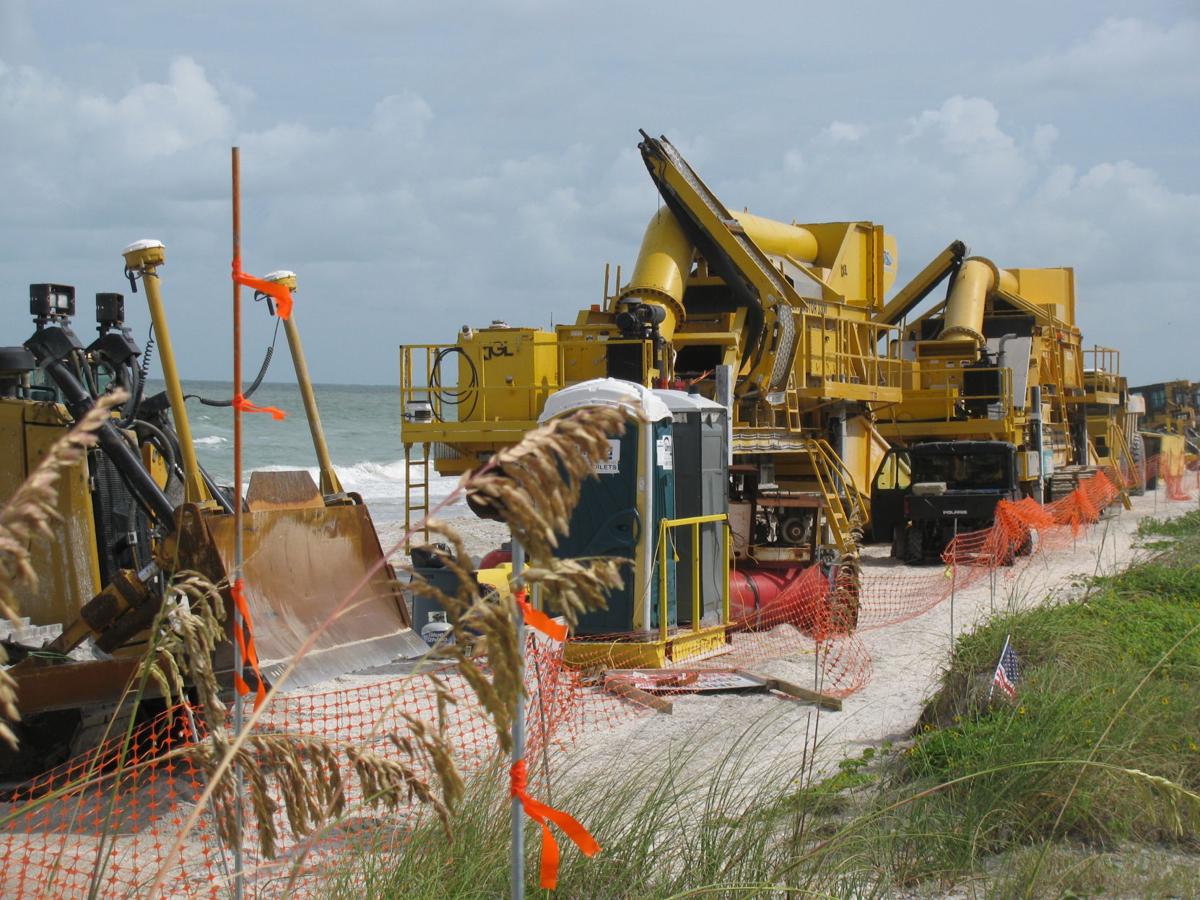 The heavy equipment is in place as the renourishment of Indian Rocks Beach is underway. Andy Squires, Pinellas County’s coastal resources manager, said last beach to be done, Indian Rocks Beach, should be finished in early October. 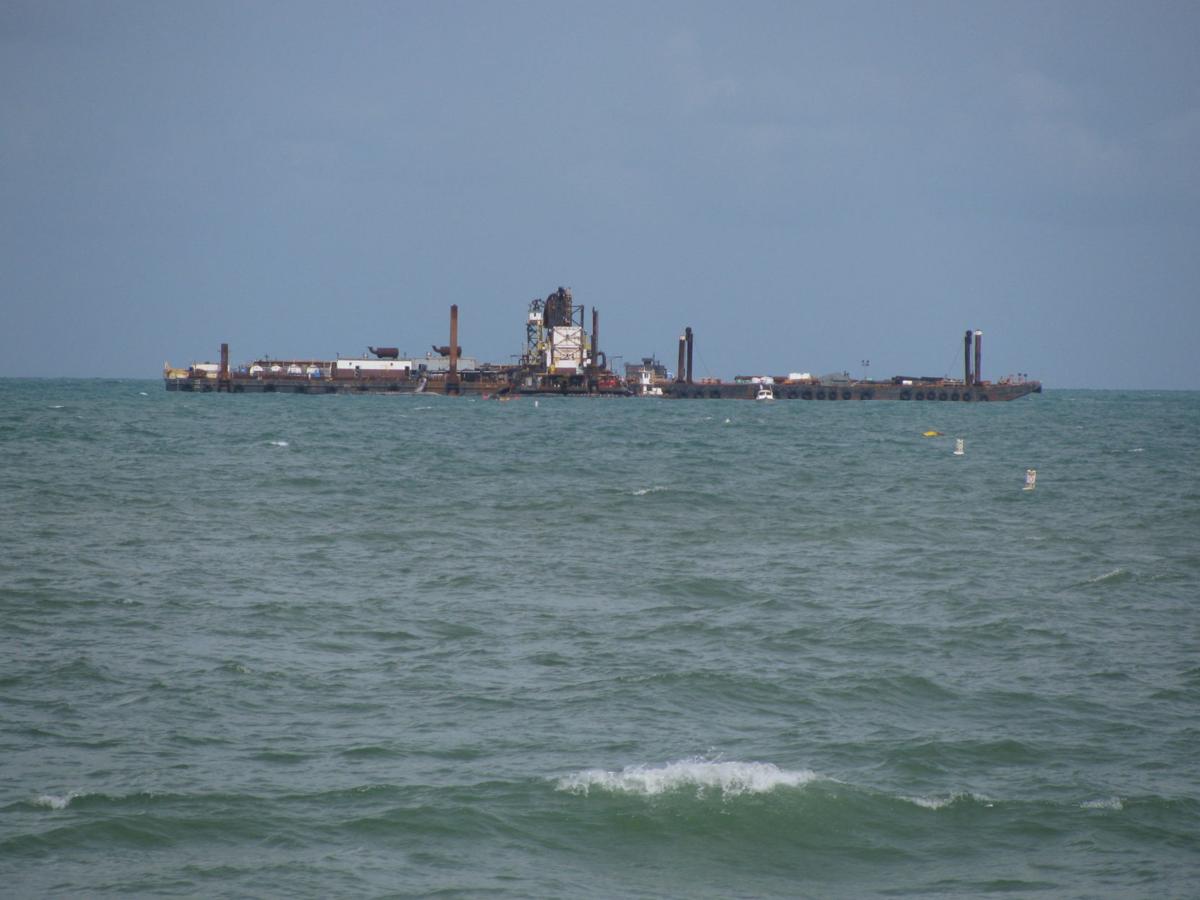 The barge offshore is responsible for getting the sand from the bottom and sending it through a large pipe onto the beach. Portions of the beach will be closed while work is going on.

BELLEAIR BEACH – This round of the renourishment of the Pinellas beaches should be finished in early fall. Members of the Barrier Islands Governmental Council heard the update at their monthly meeting on July 25.

Andy Squires, Pinellas County’s coastal resources manager, reported to the group that the last beach to be done, Indian Rocks Beach, should be finished in early October. Work on that beach began earlier in July but has been slowed by weather.

Work on renourishing the beaches began on the north end of Sand Key, and then it shifted to St. Pete Beach and moved north with IRB last in line.

IRB Mayor Cookie Kennedy noted that the last holdout gave in and provided the easement the Army Corps of Engineers needed to begin the renourishment. This year the Corps required beachfront properties to provide an easement allowing the renourishment work to be done. The Happy Fiddler condominium was the last one to grant the easement.

“I’m pleased that the Army Corps of Engineers, and the county managed to get the Happy Fiddler to provide the easement,” she said.

One glitch in finalizing the entire renourishment occurred on Upham Beach in St. Pete Beach.

Squires noted that the county has been building four large rock “groins” on the beach to prevent sand erosion. Upham Beach has traditionally been hard hit by wave action that removes the sand. Ironically, because that construction is not finished the renourishment could not happen and the contract for renourishment will have expired by the time the work is done.

However, Squires said county will get the job done.

“We will do it ourselves,” he said. “We were hoping to get some federal funds, but that fell through. But we do have enough money from the county and from state grants to do the job. It will be a 50/50 split.”

Squires said the groin work will be finished in late August or early September and it will be a year by the time all the design work and permitting is done to finish the work. He said they will be using the design and methods of the Army Corps of Engineers.

Squires was asked about the large piles of stones and shell left in the wake of the renourishment on the beaches. The rocks and shells were sifted out from the sand that was brought in from offshore. Squires said those piles will not be left on the beach; they will be trucked away.

Another speaker at the BIG-C meeting was Jackie Larson, the executive director of the Florida Shore and Beach Preservation Association. She urged the mayors to consider attending her group’s conference in September in Clearwater.

“The conference will deal with issues involving all our beaches,” she said.

Those issues will include that of beach erosion.

The group is a coalition of local cities and counties and is a non-profit organization.

“For every $1 that we invest in our beaches there is a $5 return,” she said. “Beaches also help increase and maintain property values. They are important for tourists.”

Larson said her organization began over 60 years ago when erosion was a problem.

She said the conference, which will be held at the Hyatt in Clearwater from Sept. 19-21, will include a legal panel talking about the importance of public access to the beaches and a panel discussing the issue of easements for renourishment.