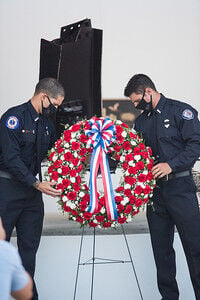 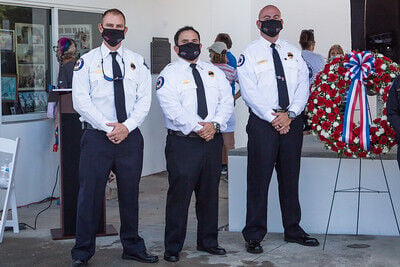 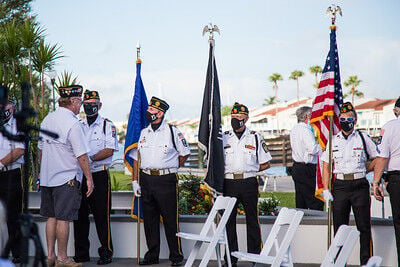 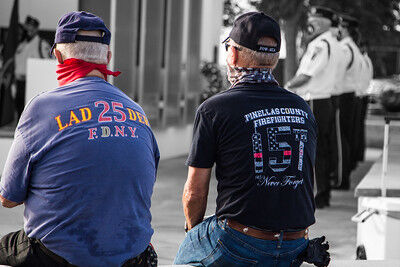 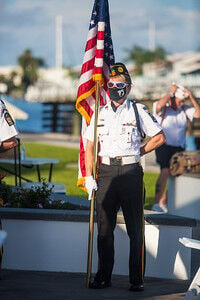 The call is expected to go out at 9:59 a.m. on Sept. 11, the moment 20 years ago that the south tower of the World Trade Center collapsed in New York City, followed about a half-hour later by the north tower. It will be received by emergency radios throughout Pinellas County’s first-responder community:

"Twenty years ago today, on September 11th, 2001, 2,977 people perished, and the entire nation suffered from the terrorist attacks on our country. The victims included 343 firefighters, 72 law enforcement officers, and eight EMTs and paramedics. Although 20 years have passed since that terrible day, the public safety providers of Pinellas County continue to honor those lost and remember the sacrifices made by so many. We will not forget the events of September 11th. Please take a moment to remember the lives lost at the World Trade Center in New York City; the Pentagon in Arlington, Virginia; and the crash site in Shanksville, Pennsylvania.”

Passersby may notice area fire rescue personnel pulling vehicles out of garages and bays and activating emergency lights as they pause for a moment of silence.

“On this Patriot Day, R 9-1-1 would like to thank our public safety colleagues for their continued commitment to protecting and saving the lives of Pinellas County citizens and visitors year-round.”

The message has become a tradition, and it will be among a host of remembrances taking place around the anniversary.

The area’s largest ceremony takes place at 10 a.m. Sept. 11 at Curlew Hills Memory Gardens in Palm Harbor with speeches, an account from a survivor, and an appearance by Lee Greenwood, singer of the patriotic tune “God Bless the U.S.A.”

Curlew will also illuminate the sky above the cemetery with a pair of light beams on Sept. 9, 10 and 11.

Meanwhile, the Madeira Beach Fire Department is hosting a program on Sept. 11 at that city’s Patriot Park, which contains a 9/11 memorial including a beam from the World Trade Center. It starts at 8:45 a.m. at 424 150th Ave.

Other departments are involved in related activities. The Largo Fire Department, for example, will participate in a parade at 9 a.m. Sept. 10 with students from Indian Rocks Christian School. In Treasure Island, first responders will join American Legion Post 158 at 11 a.m. on Sept. 11 for its annual remembrance.