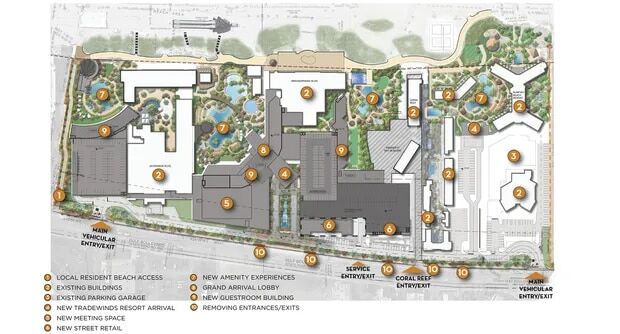 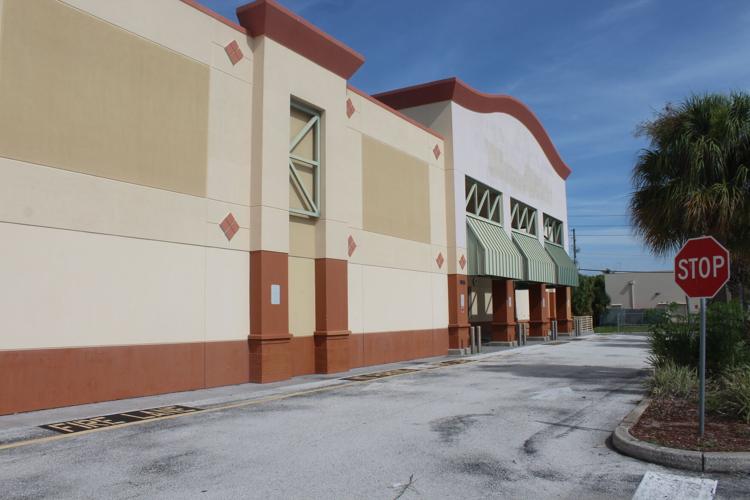 The former Winn-Dixie site, on a 2-acre parcel at 7625 Blind Pass Road, located on the northern perimeter of the downtown core, has been proposed for redevelopment into a self-storage facility with mixed-use commercial space and other downtown amenities.

The update at the commission’s July 27 meeting comes at a time when any expansion project attracts residents in opposition to developers’ proposals for fear of creating more traffic on the island.

Rey noted about a year ago he reported “on all of the perspective developments that we were looking to address in the city, based on meetings with property owners and developers.” He provided an update on where many of those projects stood. “Some projects were approved, some fell by the wayside and some have just gone quiet,” he said.

He discussed five potential development projects that are currently on the list.

One proposed development is the Plaza Beach Hotel, situated at the northern end of the city’s Boutique Hotel and Condominium District at 4506 Gulf Blvd.

The city manager explained that owners of the hotel recently acquired the Duke Energy parcel on the east side of Gulf Boulevard. However, the Duke Energy property is in the Activity District and is not in the Boutique Hotel District.

Rey told commissioners “based on conversations that we have had at the last hotelier meeting, the owner of the hotel said he does intend to bring a proposal to the city. That’s all we know. We don’t know the size, land, or scale of the project at all yet.”

At the meeting, one resident already spoke out against any development on the Duke Energy property, because it is next to a children’s playground.

Rey said the developer has submitted a request to do a commercial parking operation. He also applied for a secondary conditional use permit that allows the hotel property to be used as the parking lot; that application came in July 26. It will be reviewed and eventually go to the City Commission for approval. The property owner is currently parking vehicles there, which is not illegal.

Rey said the property “looks better than it has for the last year and a half,” when the site was used to stage heavy trucks and equipment and there was a lot of dust.

The city manager said another major project that everyone is aware of is the proposed expansion of the TradeWinds Island Resorts, which plans to expand its hotel and amenities in the Large Resort District.

The TradeWinds plans to add 650 hotel rooms and 735 parking spaces.  Staff anticipates a submittal of the master plan for the resort in August.

An application has not yet been submitted to the city, Rey told commissioners, “so we don’t know exactly what is going to be submitted. We do expect it to be submitted by the end of next month. The process will be a long process, because not only is this conditional use approval, it will probably turn into a development agreement.”

Rey said he doesn’t expect the commission to take action before December or January.

“I have negotiated multiple development agreements and they don’t happen overnight,” he said. “They are agreements that are going to last 10 or 15 years into the future, and there’s a lot of caveats when you build one of those agreements. They’re easily going to take three months to six months.”

The potential Trade Winds expansion has already inspired a handful of residents to voice opposition to the project during the public comment portion of the city commission meeting; they objected to the expected size of the added development and feared an increase in traffic congestion.

City Attorney Andrew Dickman warned commissioners that they will have to hold an official conditional use and site plan review on the project and not to take comments made by the public into consideration until the official hearing.

Rey said another development project that was on the city’s list last year, Sea Hags Waterfront Bar and Grill at 9555 Gulf Blvd., has run into a delay.

The potential developer that met with the city did not acquire the property; however, a new group has purchased it, Rey reported. “We had a brainstorming session with them (presenting) different options as to what they can do with the property, but nothing has been submitted to us yet,” he said. “I see some momentum there. They are probably going to be coming up with something. They were thinking about a new restaurant, they were thinking about some hotel rooms. It’s a combination of things, but we don’t really know exactly which ones they are trying to get.”

Mayor Al Johnson asked what the developers can do with the property. Rey said everything they are discussing is within their property rights, without having to come for a variance or rezoning.

Rey told commissioners the city is still having conversations with the owners of the former Winn-Dixie site at 7625 Blind Pass Road.

The two-acre site, located on the northern perimeter of the downtown core, has been proposed for redevelopment into a self-storage facility with mixed-use commercial space and other downtown amenities. “They still want to do a storage facility in the back end of the property on the east side. We are looking for them to lease us the parking lot, so we can run a parking operation there. There’s been a lot of new commercial activity along that Blind Pass corridor, so some of those businesses could use additional parking. The third component would be some light commercial on the Blind Pass corridor. Basically you’ll have storage facility, the parking and a strip of commercial along the Boulevard,” he said.

Discussions have gone on for about a year and a half.

“They’re taking their time,” Rey advised. “We have gone back and forth on discussions, but no official submittal yet.”

The city manager noted staff has “been in contact with potential developers to assess the viability of the concept, which would need to include the design, public amenities, and intensity of development the City requires in its downtown, however, this project has not progressed over the last year, so it is barely considered an active development.”

Rey noted another potential development, the Postcard Inn at 6300 Gulf Boulevard, recently changed hands. The hotel’s owners had a very preliminary discussion with the city about the potential development of the parcel along 64th Avenue with additional hotel rooms and parking. The hotel is in the Large Resort District.

Rey told commissioners the owners plan to completely remodel all of the existing rooms within the next 12 months. They also an additional parcel they would like to develop, potentially about 80 hotel rooms with underground parking.

The city manager told commissioners he will provide another update on projects as they move forward in the process.