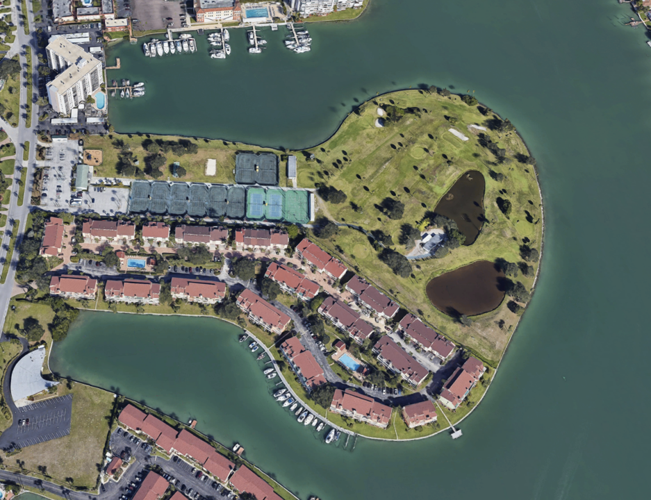 City leaders have agreed to redesign the 10-acre, nine-hole Treasure Bay golf course. The work will include a new irrigation system compatible with a proposed living shoreline to replace its seawall. 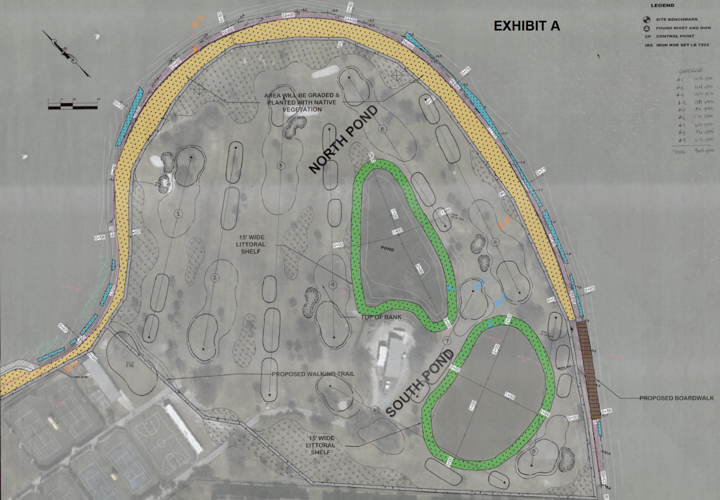 A concept plan shows improvements planned for the Treasure Bay golf course, including a proposed boardwalk and walking trail.

City leaders have agreed to redesign the 10-acre, nine-hole Treasure Bay golf course. The work will include a new irrigation system compatible with a proposed living shoreline to replace its seawall.

A concept plan shows improvements planned for the Treasure Bay golf course, including a proposed boardwalk and walking trail.

TREASURE ISLAND — City commissioners favor a redesign of the 10-acre, nine-hole Treasure Bay golf course to include installation of a new irrigation system compatible with a proposed living shoreline to replace its seawall.

During an Aug. 16 work session, commissioners approved a scenario that also includes a 3,500-linear-foot walking trail with two picnic pavilions and three exercise stations, as required by a state Land and Water Conservation Fund grant. They also agreed to hire one additional park maintenance worker to care for the golf course at an estimated cost of $51,541 a year.

The 435,600-square-foot property needs capital investments for maintenance, with the primary focus being remodeling of the golf course to replace the irrigation system and water pond hazards filled with toxic fertilizer runoff.

“With the Treasure Bay property, we are in need of some major capital improvement projects, mostly including the golf course, some of our facilities, as well as the irrigation system,” recreation director Cathy Hayduke told commissioners.

According to a preliminary cost analysis provided by Westscapes, redesign of golf course with new irrigation will cost about $722,815.

Commissioner Saleene Partridge said this scenario will allow people, especially parents, to get out on the golf course and reduce stress.

“Being a former educator and having a degree in psychology, being a former counselor, it really occurred to me that (Treasure Bay Golf) provides an outlet for people, our residents, even our employees … to have an activity involved in their day that reduces stress,” she said.

Recreation department staff proposed three possibilities for the future of Treasure Bay. In the scenario ultimately selected by commissioners, a conceptual design by Westscapes Golf Construction revealed that through the use of native landscape buffers and redirecting play, there could be a compatible existence between the living shoreline, trail, golf course, and adjacent residents, Hayduke said.

Scott McBroom, manager of Westscapes Golf Construction, said “the cost versus return” ratio of totally redesigning the golf course “is very good. … I think a very good model for this would be the city of St. Petersburg and what they did with their Twin Brooks project. They took an 18-hole par 3 project and we turned it into a nine-hole course with a three-hole practice area. They have enjoyed quite a bit of an increase in revenue due to the changes we made.”

Partridge noted staff had Westscapes tweak the first draft to increase privacy for nearby residences and make it safer.

McBroom explained with the redesign they reconfigured the direction of the holes so the course did get shorter. “It fits well, it’s a nice short course,” he said. “It has a good feel to it. It incorporates into the living shoreline. We discussed incorporating some of the plant material into the golf course from the living shoreline, so they kind of merge together and become very cohesive.”

A rejected scenario, mainly favored by those who wanted to see the golf course transformed into recreational greenspace, painted a picture of a Treasure Bay transformed into one of the city’s largest parks.

“The golf course is 10 acres, that is 37% of all of our park space here in Treasure Island,” said Commissioner John Doctor. “It’s a lot of space that can be turned into multiuse fields for soccer, for lacrosse, flag football, for different things and bring more people out. Give the kids as well as the adults more space.”

“Keeping the same layout is not the most favorable design or scenario,” Hayduke said. One additional staff member would still have to be hired to maintain the golf course.

Hayduke said that since the City Commission has now agreed to renovate and redesign the golf course, a design-build request should be advertised as soon as possible, to allow for a bid proposal to be considered by the commission preferably by December. Staff proposed all the construction would be completed between March 2023 and March 2024.

In the coming months, commissioners will be asked to approve construction contracts to complete the project.