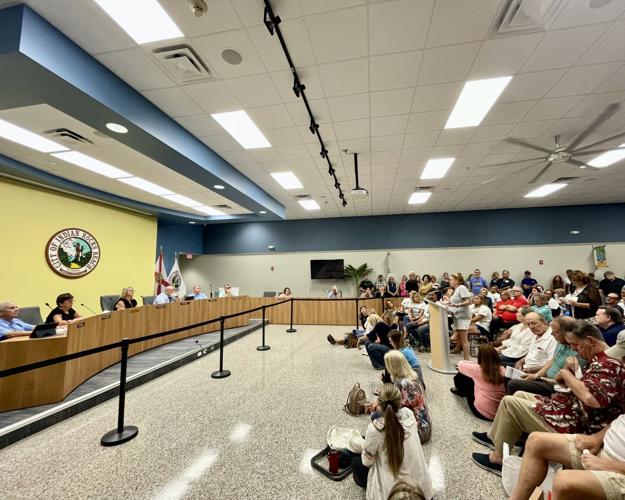 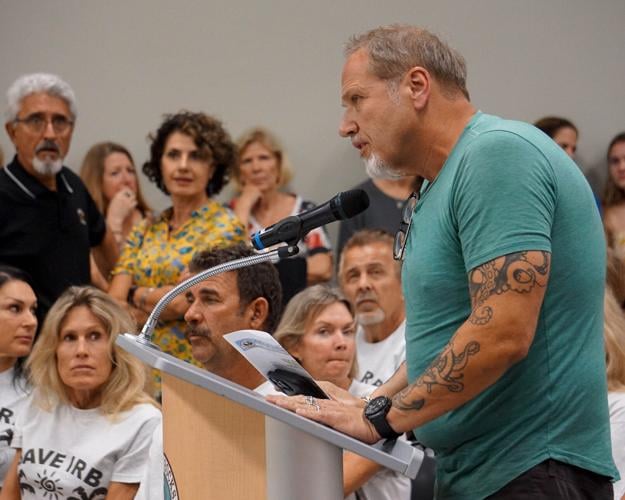 Matt Loder Sr. of Crabby Bill’s Family Brands speaks in his family’s defense during a discussion about parking at Indian Rocks Beach City Hall on March 8. 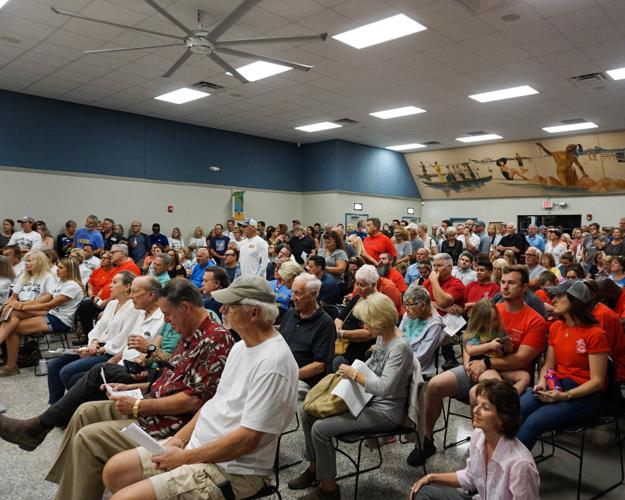 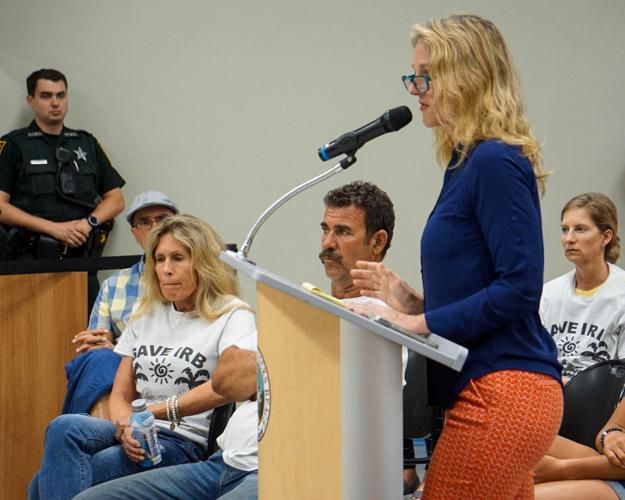 Matt Loder Sr. of Crabby Bill’s Family Brands speaks in his family’s defense during a discussion about parking at Indian Rocks Beach City Hall on March 8.

INDIAN ROCKS BEACH — After more than three weeks of heated social media debate and calls for citizens to show up for debate over a parking garage on the island, a huge crowd gathered at City Hall on March 8, lining the walls and snaking outside the open auditorium doors.

But, in the end, the frenzied buildup, as so often is the case, was more intense than the actual event.

That’s because City Manager Greg Mims, who inadvertently ignited the great 2022 parking garage debate when he sent a letter on Feb. 17 to stakeholders notifying them of the meeting, quickly poured a bucket of water on the flames. He told the standing-room only crowd there were no plans to build a parking garage in the Narrows, or anywhere in Indian Rocks Beach, anytime soon despite rumors to the contrary.

Mims held discussions with officials from Gov. Ron DeSantis’ office that were spurred by the governor’s recent trip to Indian Rocks Beach. “What we concluded as a result of the communication was that it was highly unlikely that the city would receive one hundred percent of the funds to construct really anything, particularly a parking garage,” Mims said.

At the time, Original Crabby Bill’s chief executive Matt Loder Sr. asked if there was any state funding or grants available to help build a garage in the Narrows business district, located near the Walsingham Bridge. Mims said based on the going rate of parking spaces and garages, “the number I had in my head was $6 million … and there was no funding source at the state level to pay for that.” He also said leasing was not a viable option, and as for the chance of the city paying for a garage, Mims “doesn’t ever see the city ever borrowing millions of dollars to build a parking garage. It’s not gonna happen.”

With the air officially out of the balloon, but not the room, Mims said he wanted to use the time to hear traffic and parking solutions, noting no action would be taken before the summer budget sessions. He opened the public discussion by praising the Loder family and asking JT Corrales, the Crabby Bill’s Family Brands director of business development, to “explain their side” of the story.

“I’d like to start by saying we share the same passions for what IRB could be,” Corrales said. “We just have different perspectives how to get there. And I think it’s OK.”

Those words proved to be prophetic, because 30 more residents, business owners and visitors, some clad in Crabby’s red, others in “Save IRB” white T-shirts, spoke about the issue. Despite the differing opinions, one thing was clear — everyone agrees parking is a major issue in IRB that’s getting worse, thanks to the pandemic-fueled influx of new residents and visitors.

“The cars are coming no matter what. No matter what,” said Cecily Benga, a 44-year IRB resident and longtime pet sitter on the island. “We have to figure out a solution for this amicably, nicely, and positively. … The negativity has got to stop. We’re all adults.”

Erika Dietz agreed. “It’s clear that we need to be looking for solutions, because people are not going to stop coming,” she said. Dietz suggested the city form a committee to tackle the topic. “Let’s come together and figure out what the solutions are.”

After two hours of talk, that’s exactly what Mims decided to do, as he said he would consider all the suggestions, including off-island parking with a shuttle system, smart-metered parking, and even adding autonomous vehicle stations. Mims said he would do some research, and report back to the commission for direction.

“Give us a little time to take this list … and come up with some short-term and long-term solutions and we’ll schedule a meeting to bring it back to you and see what you’d like to pursue,” Mims said.

As the room started to clear, Matt Loder Sr. was asked if he ever expected their proposed solution to an ongoing problem would turn into a weekslong, island-wide bashing, and defending, of his family.

“No,” he replied, adding, “It’s hard to hear the detractors, but it’s very humbling to hear the compliments.”

When asked if he wished things were handled differently, Loder said, “I don’t know, because I think people’s misconceptions take on a life of their own, and unfortunately you start talking at one another instead of to one another. But as a business we want to be welcoming to everybody. And the biggest thing for us, being here almost 40 years, is there’s going to be more people coming to this beach, and unless they’re just driving through, they’re going to need a place to park. And that’s what we’re trying to figure out.”