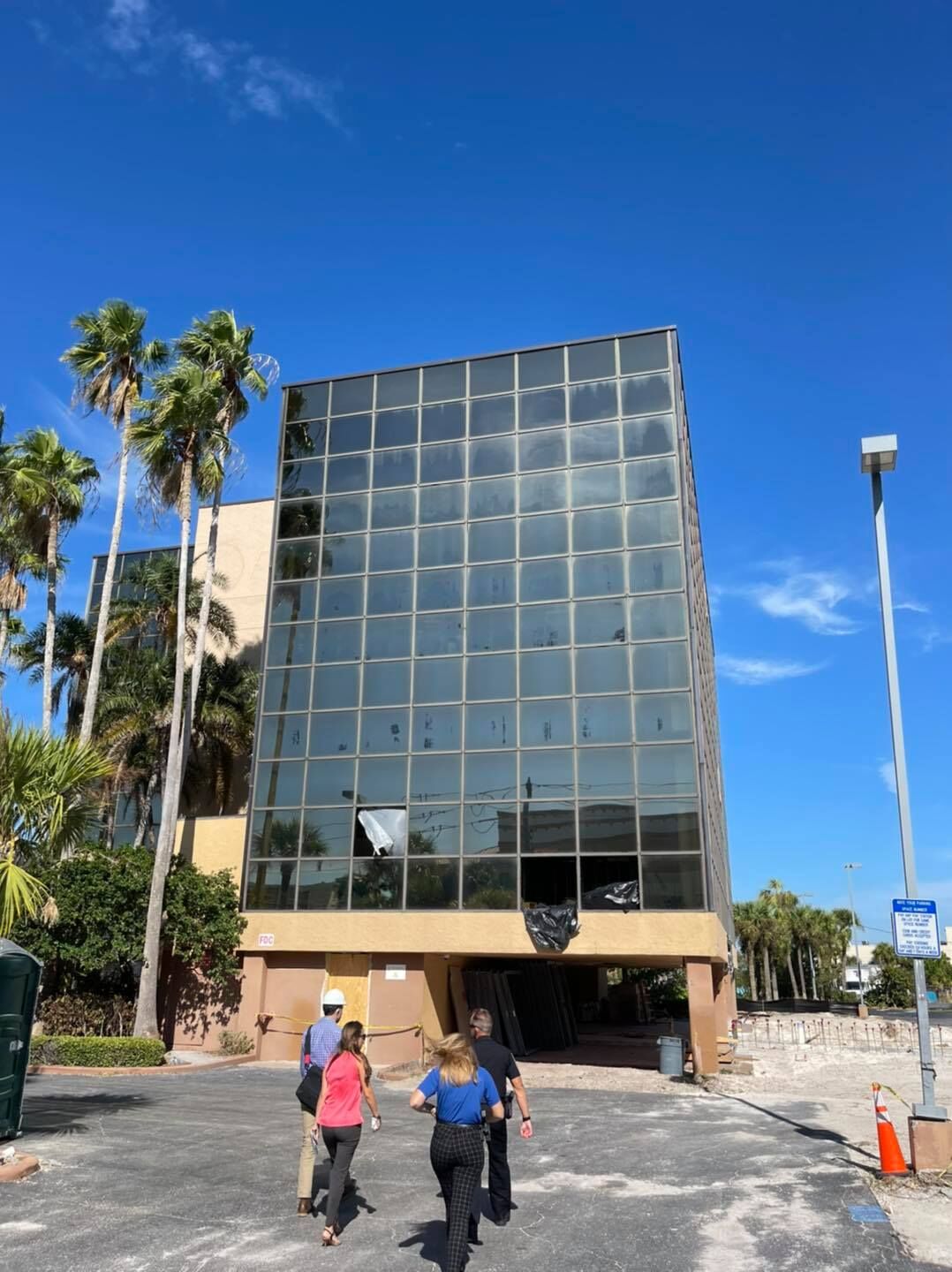 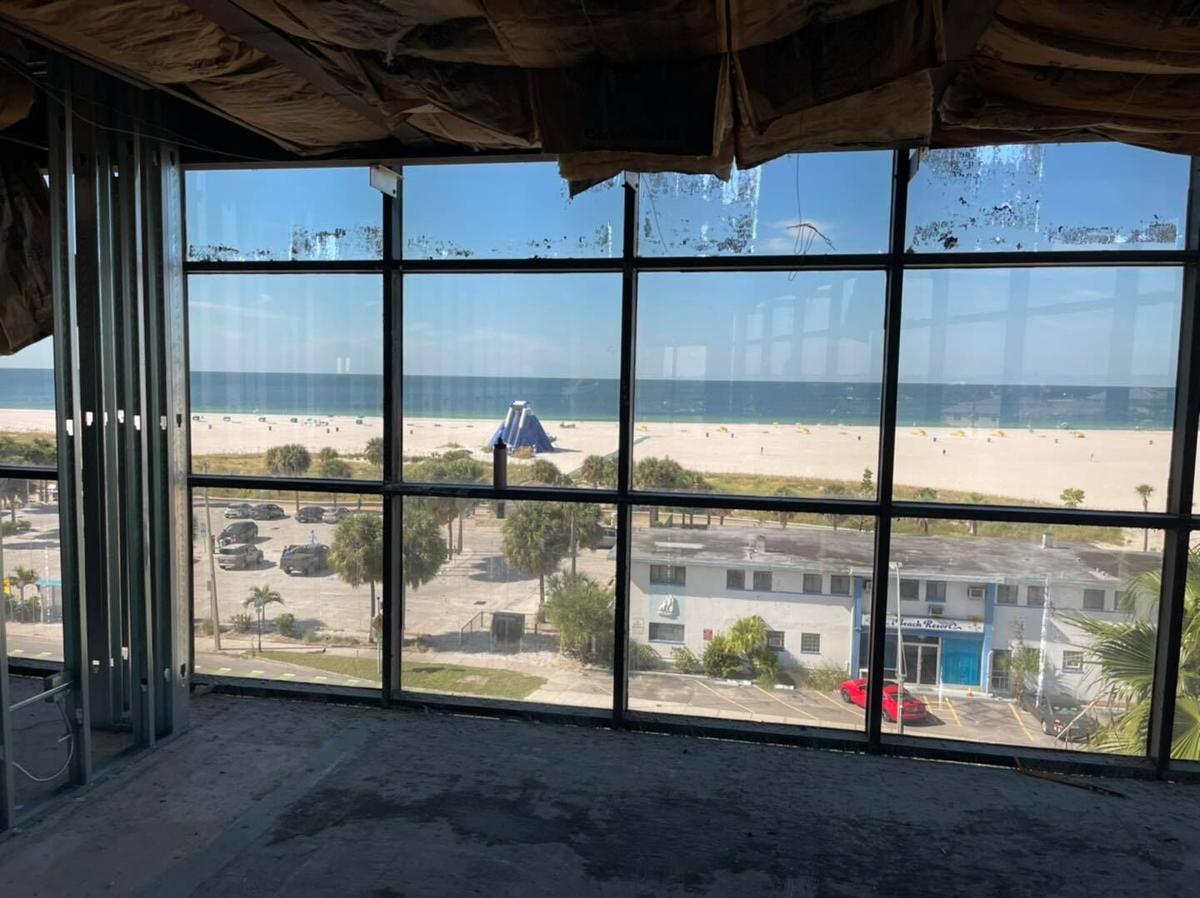 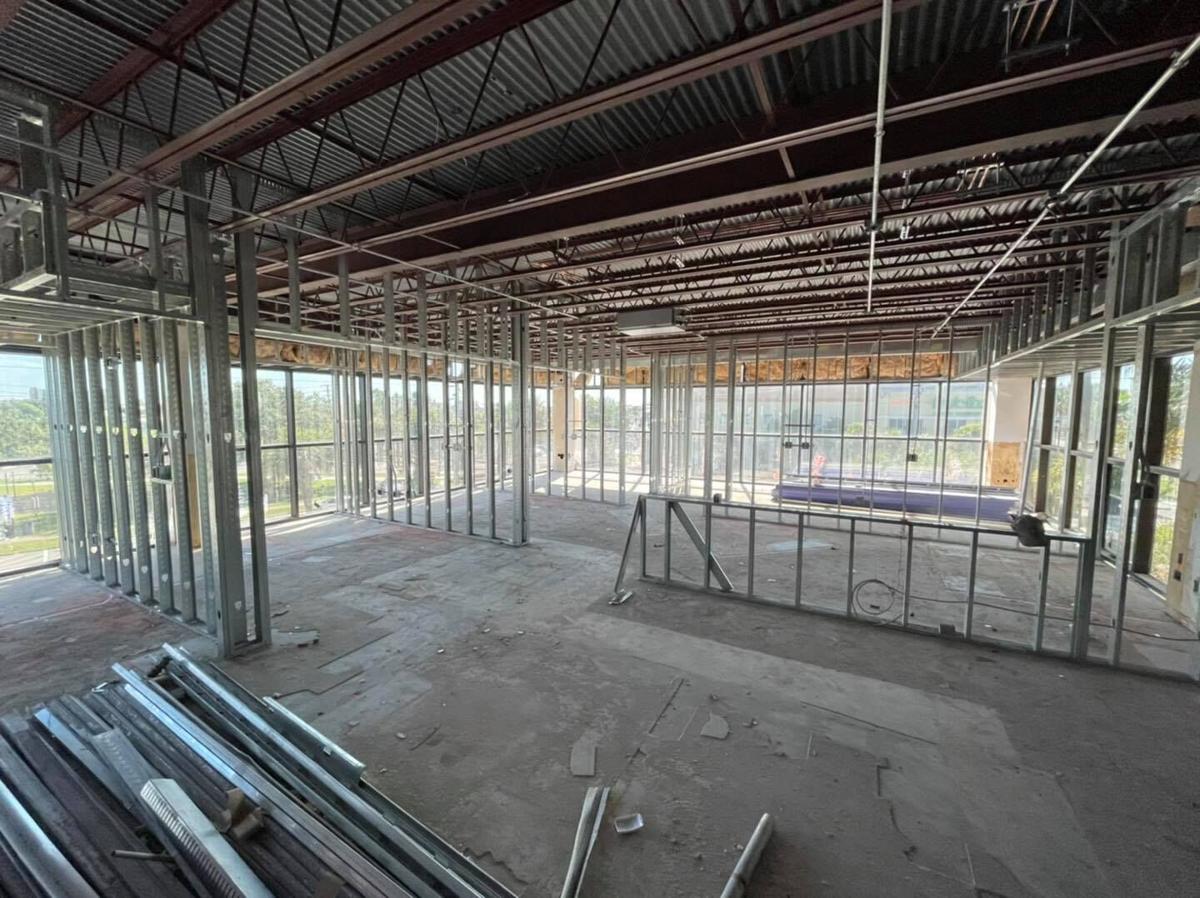 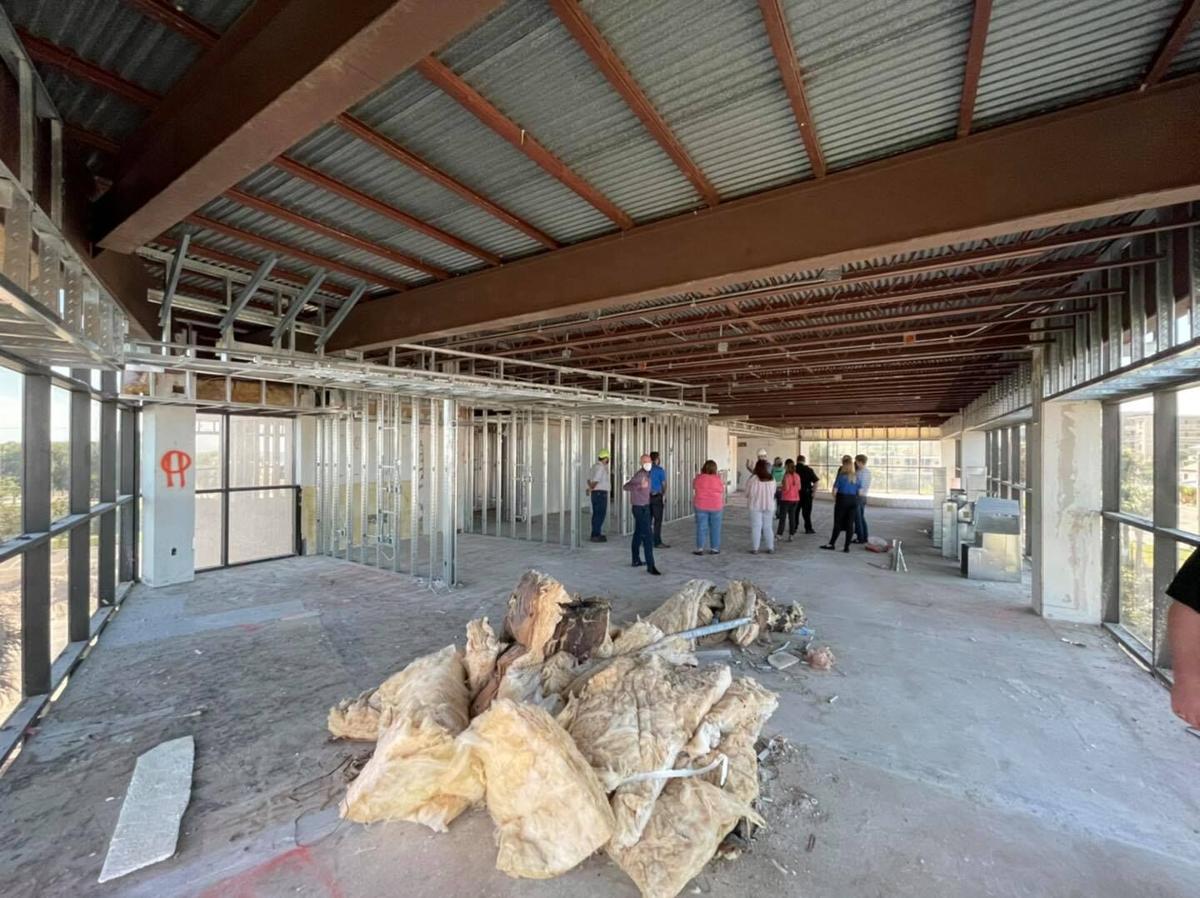 The project, which is currently undergoing interior demolition, reconstruction and transformation of the 40-year-old former Allied Insurance Tower, is now on track to officially open with much fanfare next May, Assistant Public Works Director Stacy Boyles told The Beach Beacon.

During the Oct. 19 City Commission meeting, City Manager Amy Davis told commissioners that the project’s completion has been delayed from March or April to May, due to supply chain difficulties.

When completed, the renovated City Center will house commission chambers, city departments, public works administration and will have large rentable recreation and activity rooms for the community on the fifth floor. The facility will serve as a central activity hub, and complement the city’s Community Center.

“The interior of the building is being nearly fully demolished and reconstructed,” Boyles said. “Throughout the building the electrical is being redone and plumbing will add fixtures for public spaces, which will be upgraded with low-flow fixtures to meet the city’s sustainability goals. The mechanical system was also upgraded to meet fresh air requirements,” she said.

Site work has begun for the installation of a new eastern entrance. This design incorporates a new entrance from Treasure Island Park that highlights the city’s seal, with a promenade space, and a wide staircase with a landing for event use.

Upon entering through the new entrance, onto the second floor, there will be clear wayfinding signs to escort visitors into the new customer service lobby, the Community Development Department and a 1,435-square-foot Commission Chambers, with seating for 54 attendees.

Visitors can also use a public computer or have access to Wi-Fi. Customer service representatives will be available to answer questions or to call upon other staff members to assist.

“The third floor is being designed for staff and will have offices for most directors, but will largely be an open floor plan to encourage collaboration among staff,” Boyles said. “The workspaces have been designed with flexibility, keeping in mind the potential needs of the future workforce.”

The fourth floor is being left as a shell, as future needs for the space have not yet been determined, the assistant public works director said.

Boyles noted the Treasure Island Historical Society will find a home on the fourth floor. The society will have office and storage space to sort and preserve its items. Walls or cases throughout the common space of the building may be used to display the city’s history.

The fifth-floor activity hub is being designed to serve as the community’s meeting space; it boasts a beautiful view of the Gulf, the downtown corridor, central beach and Treasure Island Park.

The fifth floor will include multiple-sized rooms to allow simultaneous classes, or meeting spaces for community groups and activities to take place. These multi-use spaces will allow for a significant expansion of programs available to residents.

The fifth floor is also home to one large premiere event space, complete with a catering kitchen, making it an attractive venue for a variety of functions, the city touted on its website.

The fifth-floor community activity hub will include 1,481 square feet of rentable event space that can be arranged with tables or seating in any way. The room can also be separated into two smaller spaces with a moveable wall partition; the city will determine the demand for it first, Boyles said. It will also feature a 309-square-foot rentable multi-purpose room that can be arranged in any way for meetings or used as a cocktail pre-event space.

The large floor will also have a 542-square-foot rentable exercise room, along with a 464-square-foot board room with a large meeting table for 18 people. Meals and treats for events can be prepared in the catering kitchen.

Public parking will be available in the City Center lot, the Gulf Front Park lot, and along Park Place (adjacent to the Community Center). The city plans to provide parking passes with rental of the facility spaces.

“It is hoped that the project will be completed such that staff can move in May 2022 and a grand opening will be held thereafter,” Boyles said. “We foresee one big move for staff and several weeks to relocate documents and other items.”

Photos courtesy of the CITY OF TREASURE ISLAND