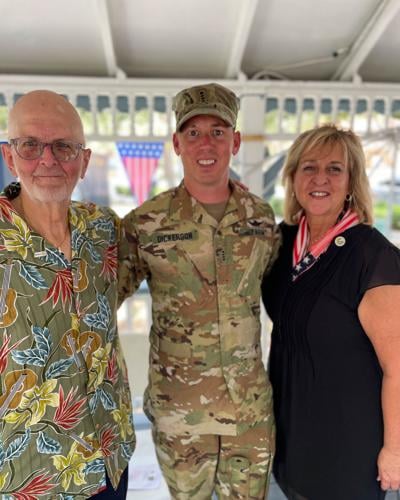 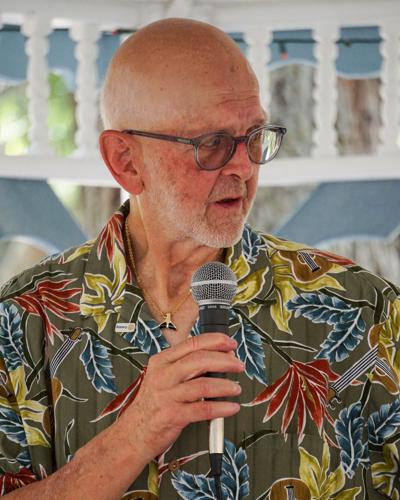 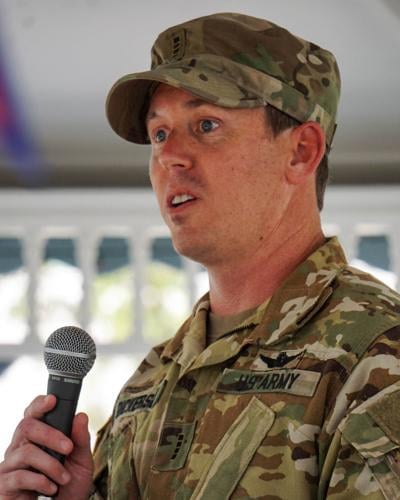 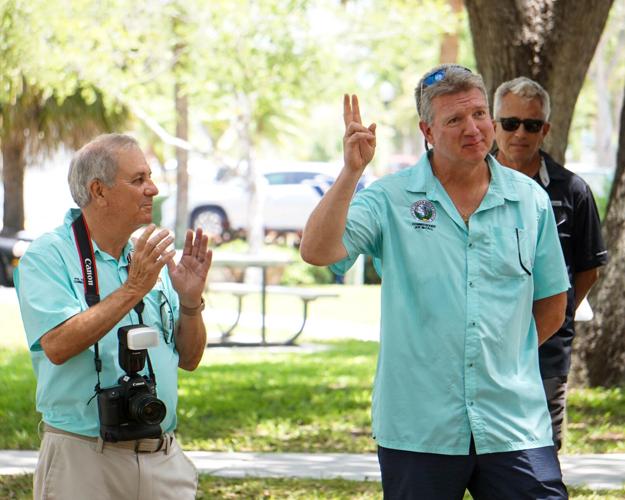 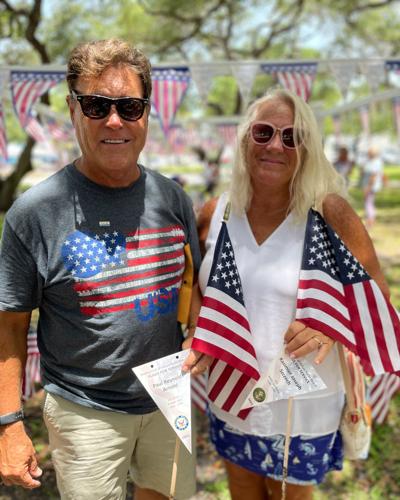 Indian Rocks Beach residents Mark and Karen Arnold display the flags they purchased in their fathers’ names as part of the Rotary Club or IRB’s new Flags for Service project. 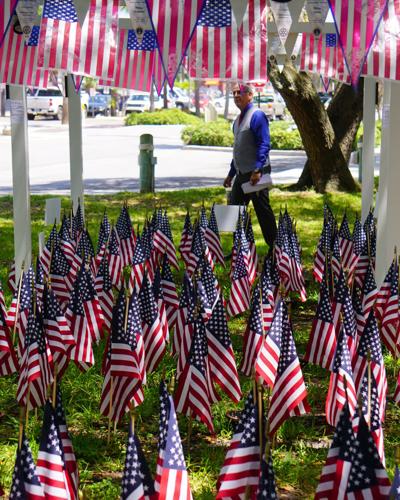 Scenes from the Flag Day ceremony. 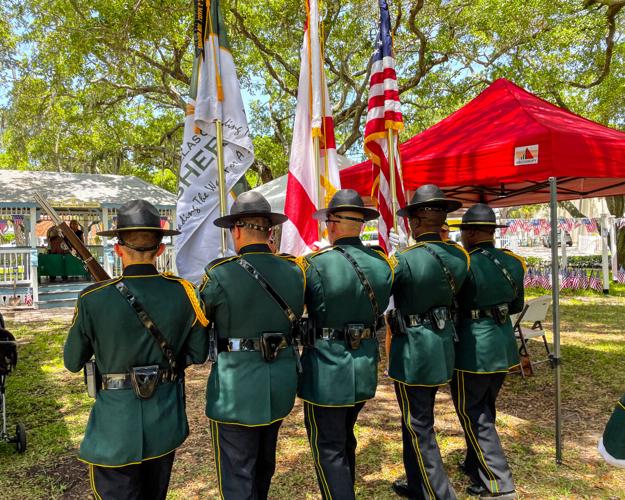 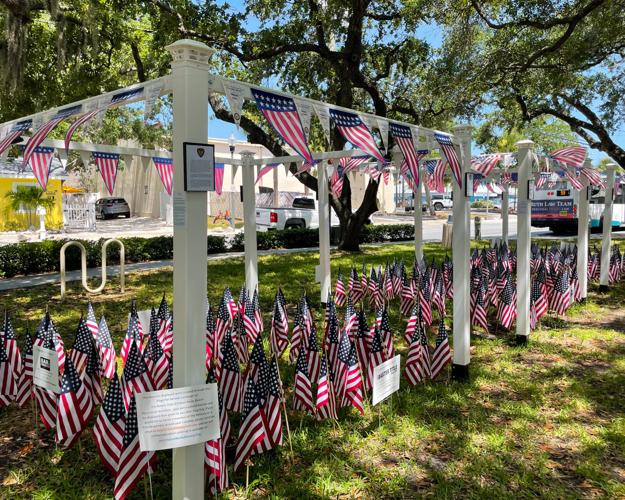 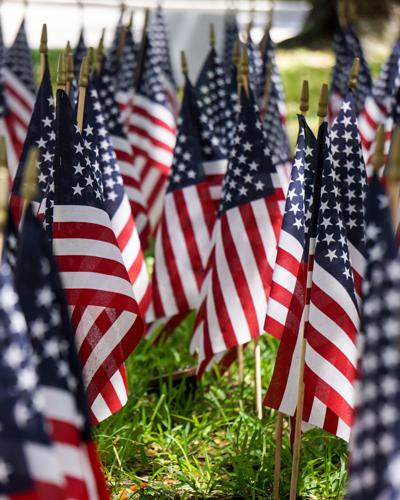 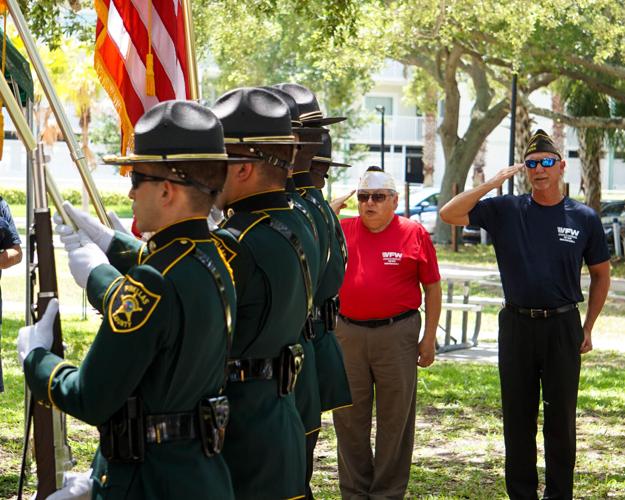 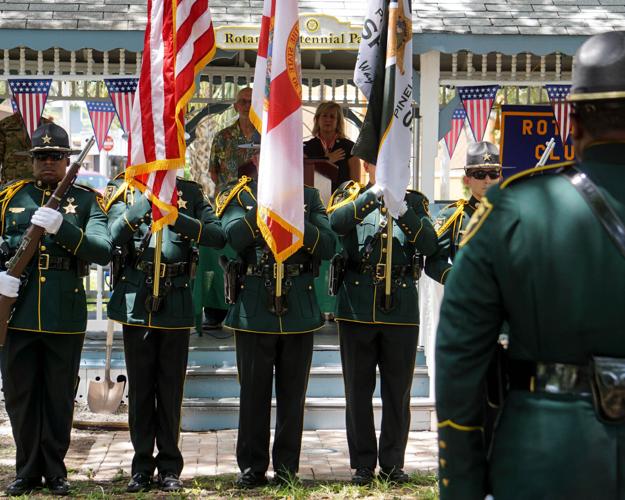 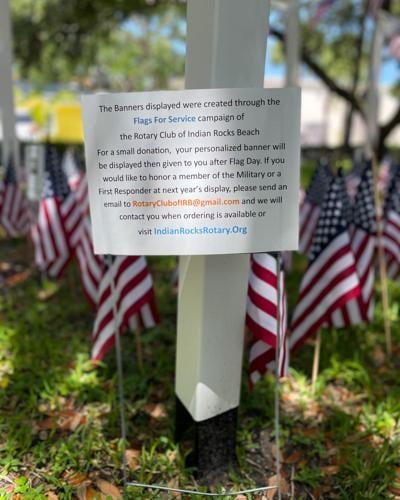 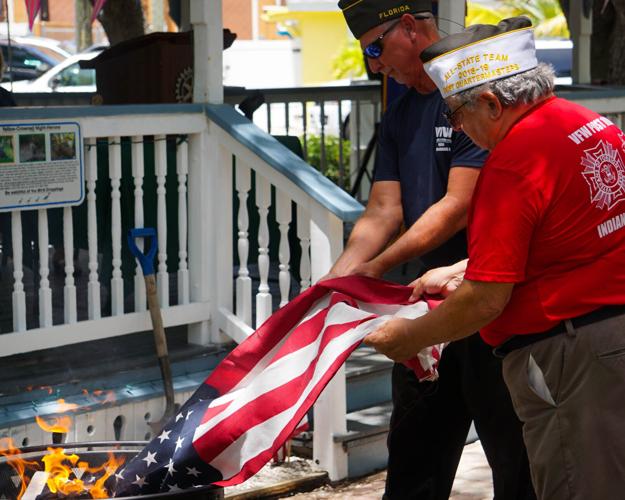 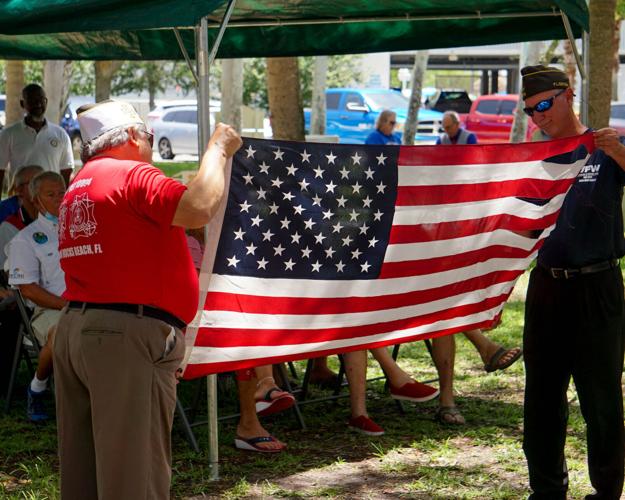 Indian Rocks Beach residents Mark and Karen Arnold display the flags they purchased in their fathers’ names as part of the Rotary Club or IRB’s new Flags for Service project.

Scenes from the Flag Day ceremony.

INDIAN ROCKS BEACH — Many communities hold Independence Day, Memorial Day and Veterans Day ceremonies, but Flag Day, recognizing the adoption of the Stars and Stripes as the official U.S. flag, often flies under the radar.

One of the only ones scheduled locally this year took place at Chic-A-Si Park, regular site of the Indian Rocks Beach’s annual Flag Day event. The morning ceremony was hosted by the Rotary Club of Indian Rocks Beach in conjunction with the city.

“We got our heads together and came up with the project that you see, which is our Flags for Service project,” said the club’s president, David Kline.

The project let people purchase flags and banners in honor of military members and first responders. It started on Memorial Day and concluded on Flag Day, when donors were allowed to take them home.

“We had 80 flags this year, so we’re pretty happy with that,” Kline said, noting the proceeds go toward local veteran outreach programs. “But we expect it to grow until we fill this park.”

Kline then introduced Mayor Cookie Kennedy, who related how she got her appreciation for the Stars and Stripes from her father, a veteran, while growing up and how she passed that respect for the flag on to her son.

Kennedy was followed by an invocation from Rotary Area 2 Governor Vernon Bryant, the posting of the colors by the Pinellas County Sheriff’s Office Honor Guard and the reciting of the Pledge of Allegiance.

Following those patriotic presentations, keynote speaker Chris Dickerson took the podium under the Rotary-sponsored Centennial Gazebo, and the U.S. Army warrant officer and pilot commanded the crowd’s attention by speaking about the meaning of the flag from a military member’s perspective.

“When David (Kline) asked me to speak, it made me sit and reflect on what the flag means to me and my fellow service members when we’re abroad,” said Dickerson, who is set to retire soon following a 20-year career that saw him do four tours of duty overseas. “I’ve been around the world quite a few times and one thing I can say it always means something when we see our flag.”

Dickerson said during his tours he visited “hundreds of military bases.” Whenever he saw the American flag flying above one, it felt like home, said.

“It really gave you a sense of security and sense of safety when you see that flag flying,” Dickerson recalled.

He added: “The American flag is so much more than a flag. It’s a symbol of the safety, the security, and the freedom that we have as Americans. And we see that day in and day out when we’re operating anywhere in the world.”

Dickerson concluded his speech by thanking residents, city officials, and the Rotary for hosting the event.

“The last thing I want to say is thank you guys for this event,” he said. “I’ve been around the world, 20 years in the military … and this is what caused me to want to retire — finding a community that does things like this and treats the flag with the respect that it deserves. It shows patriotism, and it reminds me that we have found a community that shows the same respect and patriotism that we wish every community in the country would.”

The event concluded with a traditional flag-folding and inspection, a recitation of facts about the flag and a retirement demonstration, which consisted of three VFW Post 10094 members folding an old flag and then carefully placing it a fire pit, the crowd watching raptly as the flames quickly engulfed the tattered red, white, and blue cloth.

After the event concluded and grilled hotdogs were being served, the mayor echoed Dickerson’s thoughts when she spoke about the importance of her city celebrating Flag Day.

“We grew up with the flag, because my father was a soldier and part of the Greatest Generation, and all the things the flag means to us, he instilled in us,” Kennedy said. “It symbolizes sacrifice, and hope and sadness but also triumph and joy, and that’s where we need to put our energy in the future, not just locally, but every city, state and county in the country.”

For more information about the Flags for Service project, visit IndianRocksRotary.org.