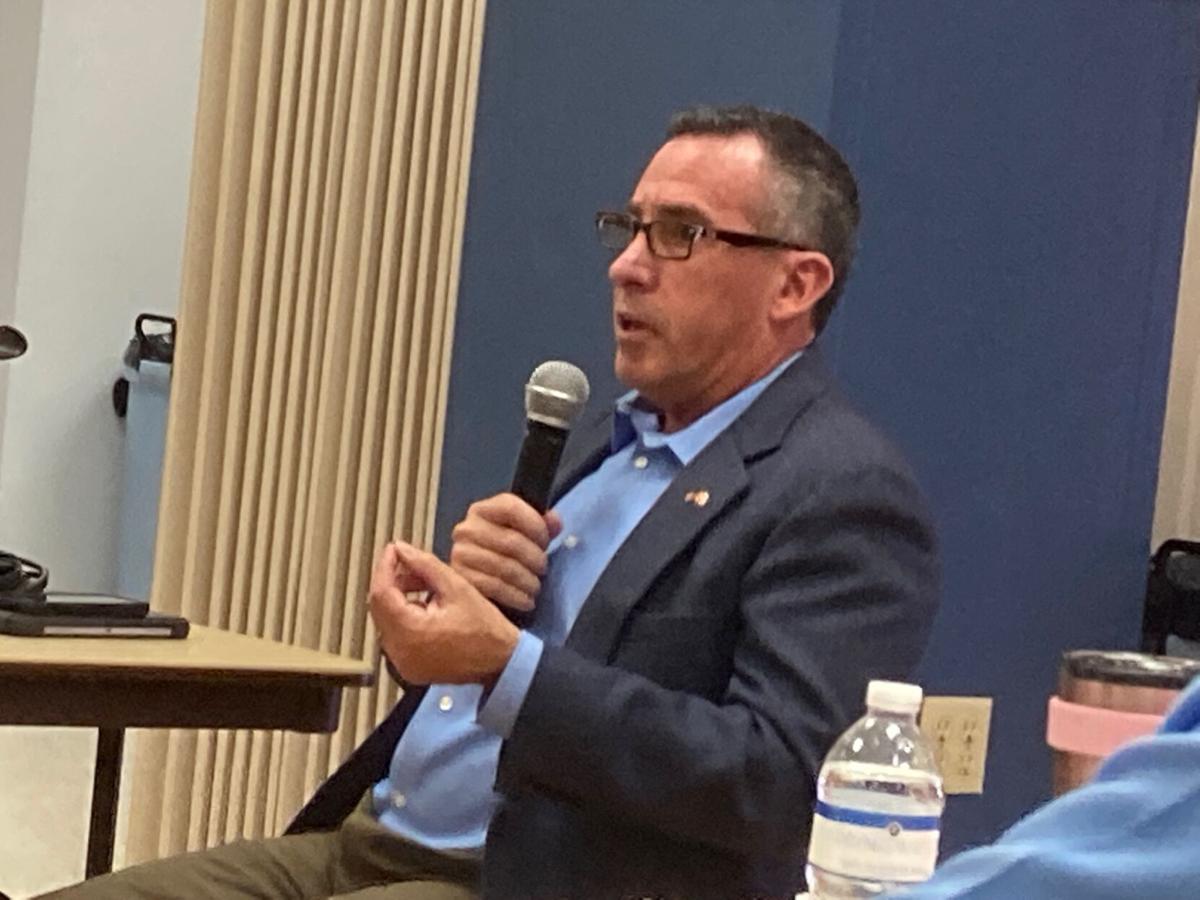 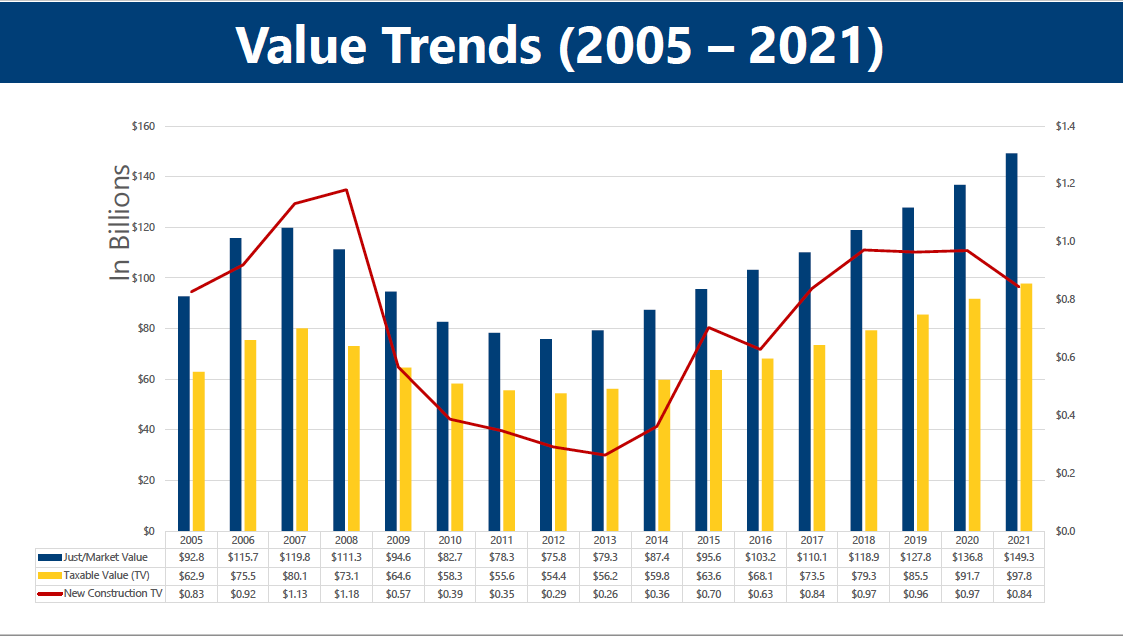 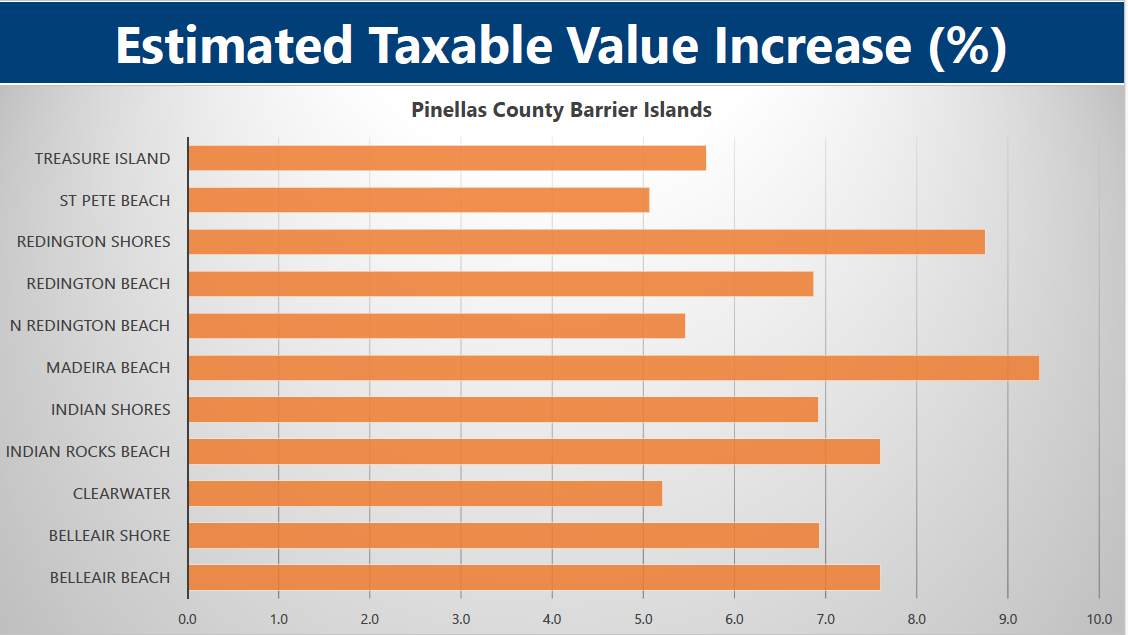 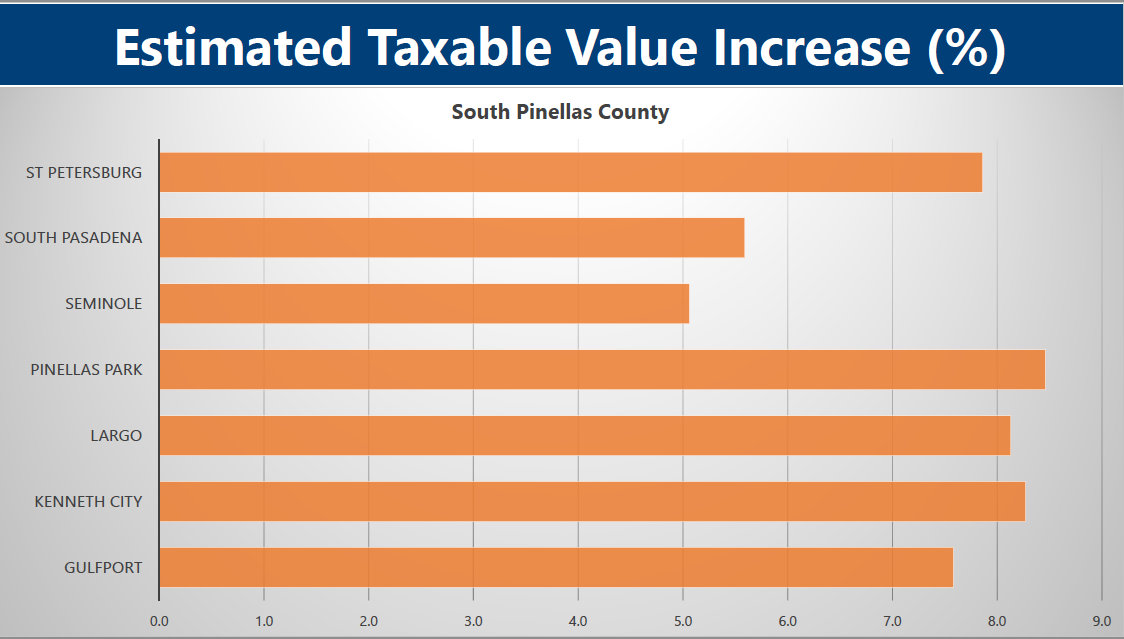 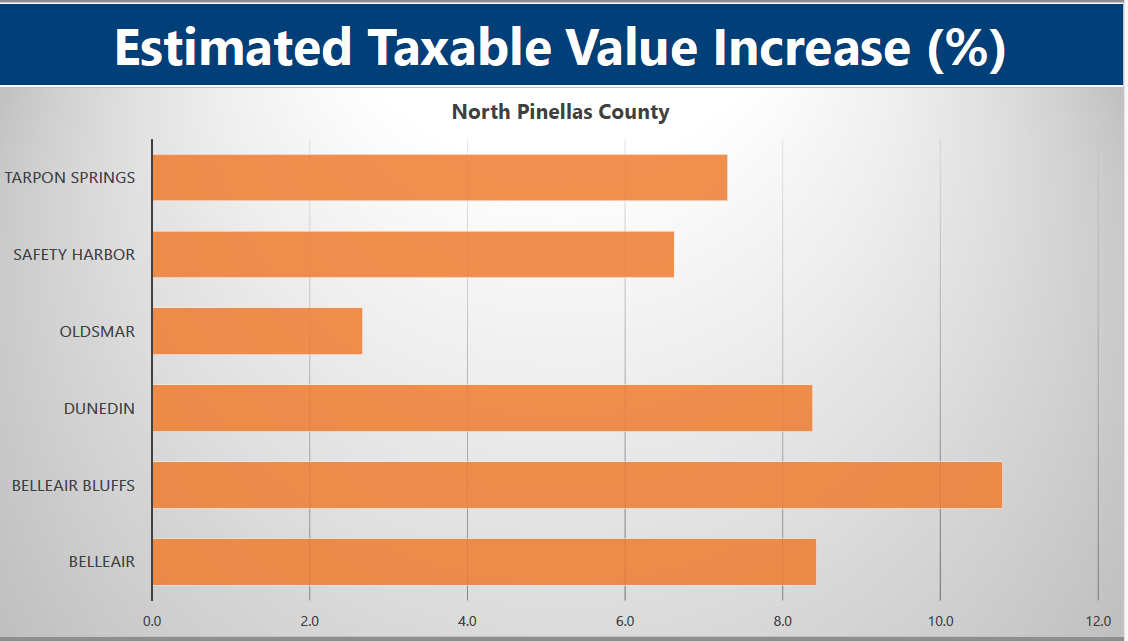 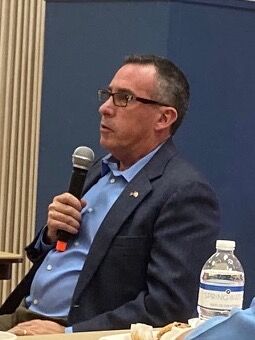 TREASURE ISLAND — The local real estate market’s “rocket ship” helped Pinellas County property values shrug off the pandemic and continue their steady climb — but homeowners shouldn’t expect that to translate to much relief in their tax bills.

The total just market value is $149.3 billion, up from $136.8 billion last year and continuing a nine-year run of increasing values. The figure last peaked in 2007, when the housing crash and recession sent values on a five-year skid.

“This is the longest run that I know of in one direction,” Twitty said.

A slight increase in the value of commercial property was dwarfed by the value of Pinellas County housing, “a number that has been on a rocket ship,” the appraiser said.

Every municipality in Pinellas County boasted significant property value increases, largely in the 5% to 9% range. Topping the list was Belleair Bluffs with a 10.8% increase, followed by Madeira Beach at 9.4%, Redington Shores at 8.8%, Pinellas Park at 8.5%, and Belleair and Dunedin at 8.4%.

Higher values typically mean higher tax bills, although some local governments are discussing rolling back tax rates amid the windfall.

Last month, Pinellas County Administrator Barry Burton told commissioners the county is “in really good shape” and hinted at rolling back the county millage rate and using some of its hefty reserves.

The millage rate is the figure applied to the taxable value of a home to arrive at a tax bill. One mill is equal to $1 for every $1,000 in assessed property value.

“I hope some of them roll back, just to give people some relief, to let them enjoy the equity rise in their property,” Twitty said.

But the idea of widespread tax cuts didn’t get much traction among the BIG-C mayors. The organization represents the 11 municipalities along the Pinellas barrier island.

“We already have the lowest millage rate in Pinellas County,” said Bill Queen, mayor of North Redington Beach, where the rate is 1.0. “You can’t go much lower. A lot of them (municipalities), they will build up the reserves a little bit, and keep the millage the same. I don’t see many of them rolling back. You don’t want to roll back and then all of a sudden run into a problem.”

Madeira Beach Mayor John Hendricks had the same outlook. “Are we on a rise that takes a dip in a year or so? I don’t know,” he said. “They’re talking about this housing market dropping by the end of the year. It’s been going like gangbusters. Also, we’ve got things that need to be done in the city that haven’t been done for years.”

Early indications are that the two beach mayors are accurate in their prognostications. In Clearwater, a preliminary fiscal year 2021-22 budget keeps that city’s millage rate steady at 5.955. In Largo, an early draft keeps that city’s rate the same at 5.62.