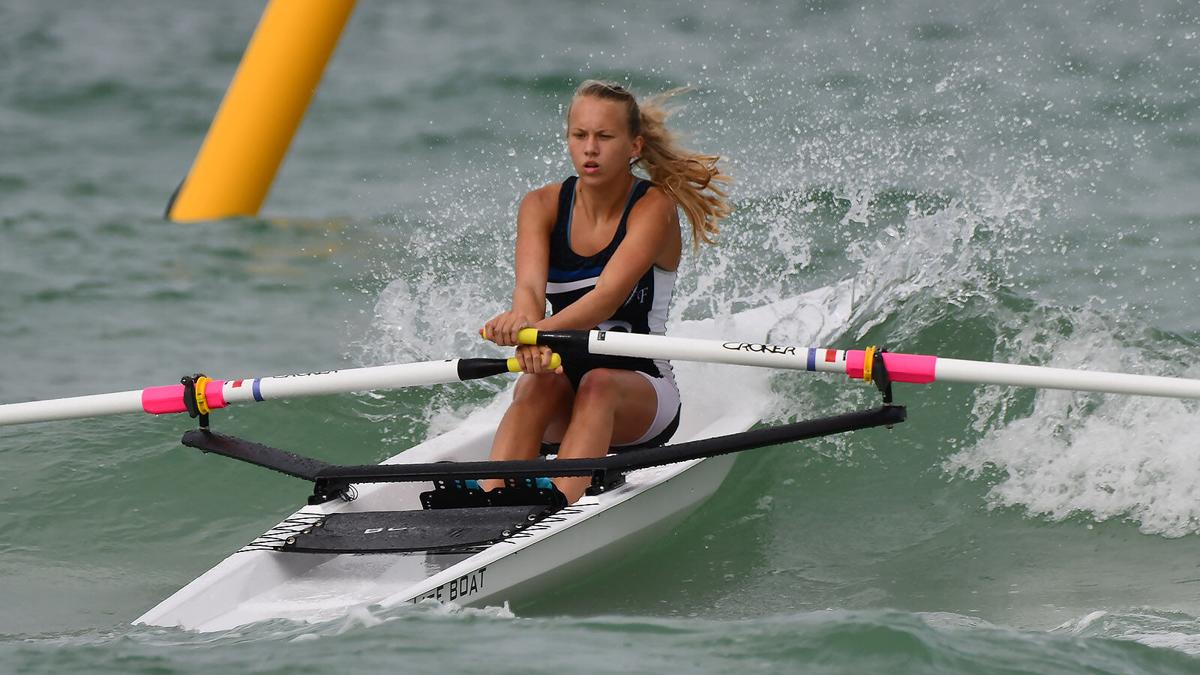 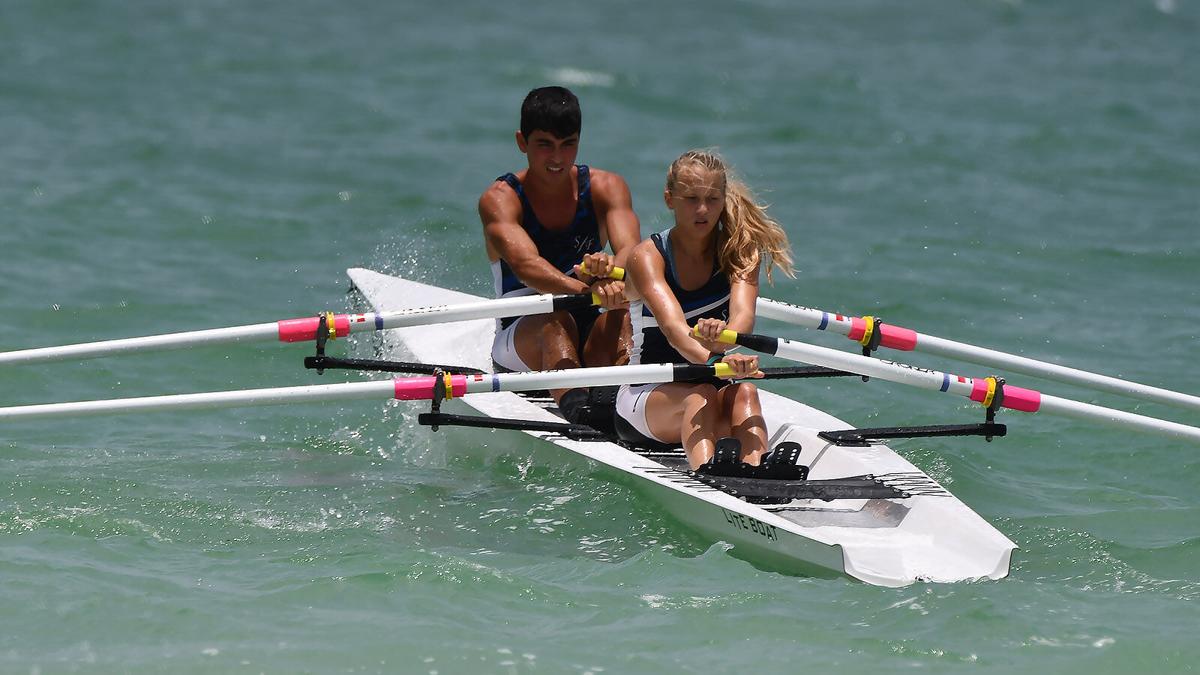 REDINGTON BEACH — Fifteen-year-old Britt Wotovich and her family are in Portugal this week, and not for a vacation.

Britt is competing as a member of the U.S. rowing team at the World Rowing Beach Sprint Finals in Oeira, Portugal, where she will compete in two events, the junior women’s single sculls and the junior mixed double sculls.

In her two events, she will be competing against rowers from several countries, including France, Germany, Italy, Portugal, Spain, Tunisia, and India.

More than 34 different countries are sending some 700 rowers, including Olympic medalists, to compete in the sprint finals Sept. 24-26 and the World Rowing Coastal Championships from Sept. 30-Oct. 2 in Portugal.

“I am thrilled and honored to represent the United States,” she said last week as she was on her way with her dad, Steve Wotovich, from their Redington Beach home to a final training session in Tampa.

Dad was quick to point out that his daughter was the first rower to be named to the newly formed U.S. team after she won the two events at the 2021 Beach Sprints National Team Trials in Sarasota earlier this year.

“I think it is amazing,” he said. “I am always proud of my children, but this is really special. This will be her first international competition.”

He is also excited because he will be serving as a boat handler at the Portugal competition.

“It’s kind of like being a NASCAR pit crew guy. It will be wildly fun,” he said.

The family won’t get to do much sightseeing while in Portugal, however. Because of COVID-19, the contestants and their families are confined to their hotel rooms and only allowed to travel to the beach.

The race events themselves are a little different from what Britt said she is used to.

“Normally, I do flat water rowing. We just wait in line and then sprint to the end of the course. This time we will be standing on the beach to run and hop into our boat held by two boat holders in shallow water.

“Then, we have to row to a buoy 250 meters away, turn around and row back to the beach, jump out, and run back to our starting point,” Britt said.

She said the event will supply her boat but she will use her own personal oars.

Both Steve and his wife, Julie, were competitive rowers themselves while attending Harvard University — he as a member of Harvard’s varsity crew team and she in intramural rowing events.

Britt became a rower, too, in the eighth grade. She wanted to participate in a sport and, at her parents’ suggestion, tried rowing.

“She took to it like a duck to water,” says Julie. “Six days a week, she and her dad drive an hour each way to get to practice.”

The Stewards Foundation, the Tampa-based rowing organization sponsoring Britt, is also sending another team member, Brian O’Leary of Jesuit High School, who rowed with Britt in the Sarasota doubles and won the junior men’s single sculls at the Sarasota national trials.

Britt served as the 2020-2021 Stewards Foundation girls’ team captain and is active at her school, Berkeley Preparatory School in Tampa, where she was on the Headmasters List and a member of numerous school clubs and organizations.

“Britt is sweet and smart and very focused,” said Julie, an obviously proud mother. “When she puts her mind to something, she just does it.”

Rowing as a sport can be enjoyed at any age, according the Stewards Foundation, whose members range in age from 12 to 80. Whether rowing or “sculling” in competition or for enjoyment, the sport is considered an excellent workout, involving every muscle group as rowers straighten their legs to lean back and pull with their arms to force the oars through the water.

“Rowing is a great sport for kids and people in Florida,” Steve says. “We have so much water here — the rivers, bays, the Gulf and the ocean.”

According to the World Rowing organization, coastal rowing is expected to become an Olympic sport within the next eight years.

Britt smiled when asked if she has Olympic ambitions.

“It would be an honor to go to the Olympics. I went to an Olympic development camp in Jacksonville this summer where every day was devoted to training,” she said.

But first, she wants to finish high school and be accepted at Harvard, where her sister, Amy, is already studying.

“I would love to row in college like my parents,” she said.

When asked what she wants to study, Britt said she is not sure, but is leaning toward a business degree and become “an entrepreneur.”

At home, she said she likes to read and cook with her grandmother — cinnamon buns are her specialty.