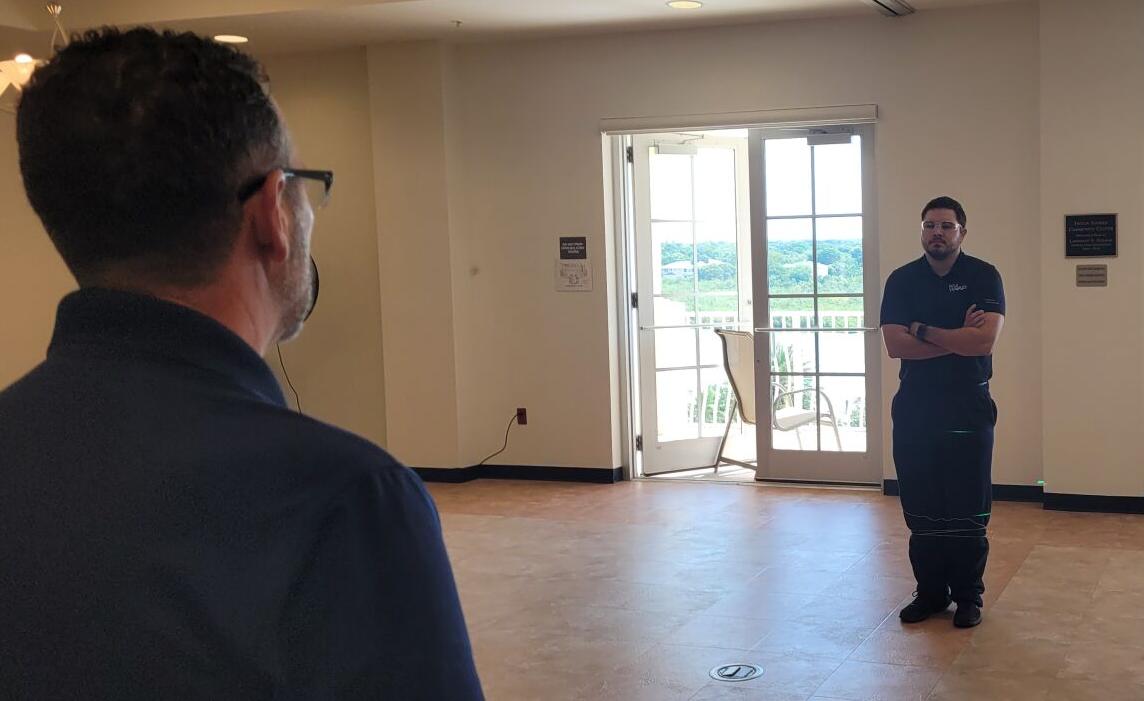 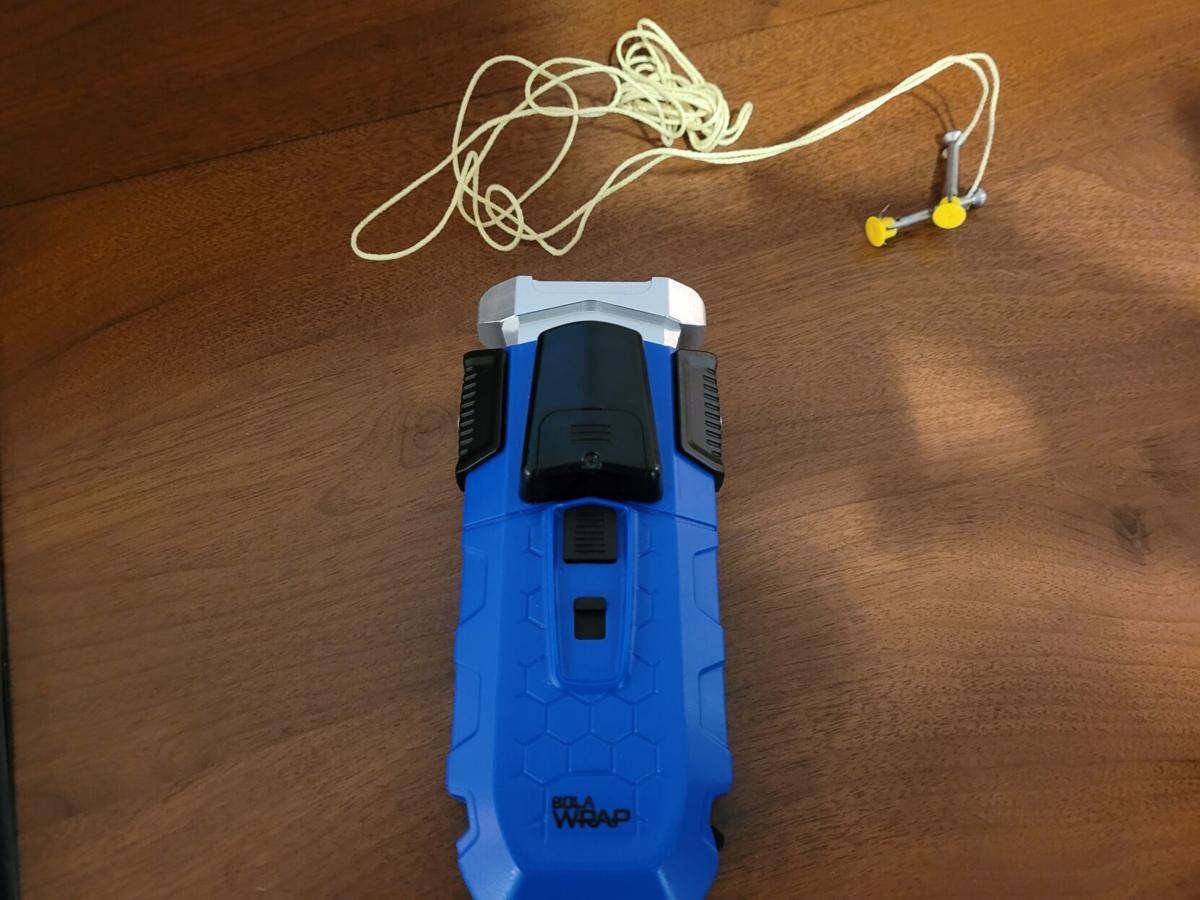 Indian Shores Police Chief Rick Swann said the acquisition of the hand-held BolaWrap device is part of his plan to de-escalate noncompliant encounters.

INDIAN SHORES — In the arsenal of non-lethal force, law enforcement has a new tool: the BolaWrap remote restraint device. The Indian Shores Police Department sponsored a demonstration of the innovative apparatus May 25 at the town’s Municipal Center.

Purchase of BolaWraps for the ISPD was recently approved by the Town Council in May. Chief Rick Swann said that the purchase is part of his plan to de-escalate noncompliant encounters. “We are trying to keep our use of force to a minimum,” said the chief.

The device is hand-held like a Taser, but is shaped more like a cellphone, making it less likely to be mistaken for a gun or Taser in a cross-draw event. The mechanism requires charging and has a cartridge. A green laser light is activated and used for aiming by directing the laser at either the subject’s legs or torso.

Upon activation, a 7.6-foot Kevlar cord is deployed with fishhook-like barbs in a V-shape pattern that wraps around the subject, hooks on to clothing or skin, and restrains him or her. The BolaWrap deploys so quickly, it is not visible to the naked eye, and can only be captured on a slow-motion camera setting.

The sound the mechanism makes discharging the pellet is startling, roughly 158-162 decibels, which is why earplugs were distributed during the demonstration.

BolaWrap was invented by Elwood Norris, an award-winning inventor and former chief executive of Wrap Technologies Inc., the manufacturer of the device. Pritchard explained that the product is all American-made with the exception of the laser, which is made in Germany.

“BolaWrap is a mechanical device rather than an electronic device,” Pritchard said, and it rarely fails except due to operator error. “It functions in the rain and has a 98 percent effective rate.”

As the primary live volunteer subject at these demonstrations, Cox says he has been “wrapped” over 50 times. “It feels like a smack with a wire coat hanger,” said Cox, who admits he has had no injuries and the worst aftereffects “might be a red mark (on the skin).”

According to Pritchard, 480 law enforcement agencies in 49 states and Puerto Rico are currently using BolaWrap. The tool is being used more and more in cases where subjects are under the influence or mentally impaired in some way that they do not respond to verbal commands by the police officer.

In one of the many real-life field deployments presented in the video, a subject had two pocket knives with which he was threatening the officer. The deployment of the BolaWrap instantly de-escalated the situation, making it safer for both the officer and the subject.

In one of the real-life deployment incidents on film, a relieved bystander said after seeing the BolaWrap in action, “It’s like a Batman tool!”