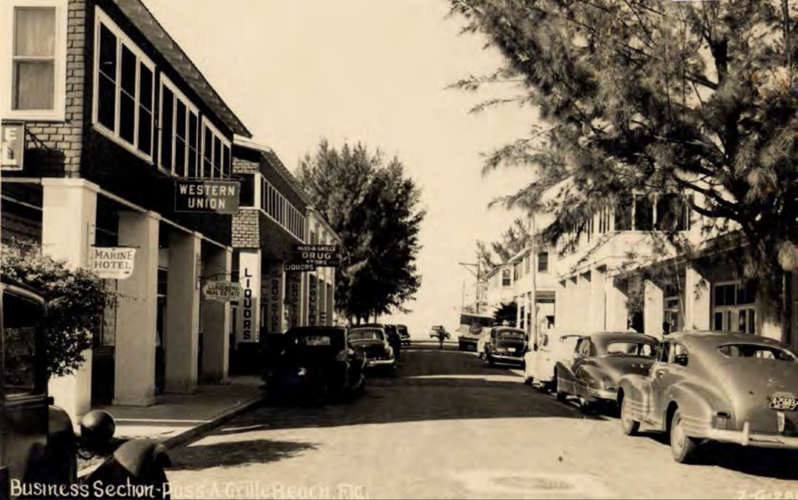 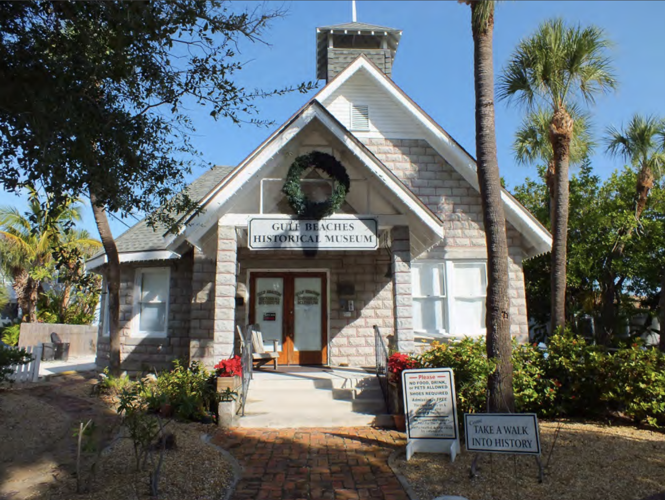 The original Pass-A-Grille Community Church, which is now the Gulf Beaches Historical Museum. 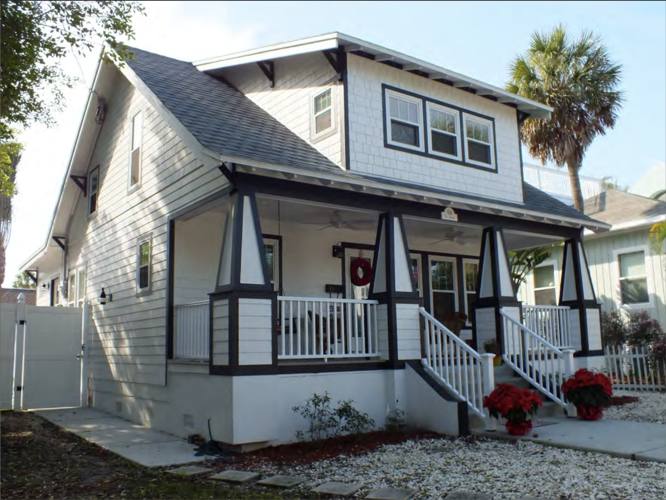 A Craftsman-style bungalow at 104 Seventh Avenue from the 1920s in Pass-A-Grille.

The original Pass-A-Grille Community Church, which is now the Gulf Beaches Historical Museum.

A Craftsman-style bungalow at 104 Seventh Avenue from the 1920s in Pass-A-Grille.

ST. PETE BEACH — The Historic Preservation Board unanimously approved a request that the City Commission designate all of Pass-a-Grille a Local Historic District, with expanded boundaries.

The board acted Aug. 4 as a result of a 2015 historic sites survey and subsequent studies conducted by staff and consultants.

In addition, subsequent consultant studies revealed the city also has contributing historic structures in the Don CeSar Place, Belle Vista and Vina Del Mar neighborhoods, so the board said the city should continue to apply for grants to survey the entire city.

Board member Tia Hockensmith said she felt the Historic Preservation Board had a better chance of first asking for the historic designation, and then asking for other items, such as surveys, as a separate request.

“If we go with asking that they approve the proposed Local Historic District as one motion, and then consider the other recommendations in the survey separately, at least we’ll get something done,” Hockensmith said. “If we say we want everything proposed in 2015, it will be months, or a year, before they make a decision on all-or-nothing.”

The rest of the board agreed to ask the City Commission just to designate Pass-a-Grille a Local Historic District, according to boundaries set in 2015.

Lynn Rosetti, the city’s senior planner and liaison to the preservation board, noted the 2015 Pass-A-Grille Historic Sites Survey found it was nearly three decades since a previous 1986-87 survey was conducted, and “significant changes in the neighborhood’s urban fabric had occurred which included numerous demolitions of historic structures that had been there.”

In April 2015, the city’s consultant, TRC Environmental Corp, re-surveyed previously surveyed structures and found 26 had been demolished since the initial 1987 survey. However, there were 208 newly recorded structures added into the 2015 survey. Many included more than one historically contributing building, which usually was a garage or secondary dwelling. In total 288 properties were surveyed. The consultant recommended continuing historic surveys be done at least every ten years and ideally every five years.

In 2015, a consultant proposed a Local Historic District be extended and designated to include the area south of the Don CeSar, in the Don CeSar Place subdivision between Pass-a-Grille and the Don CeSar Hotel.

The Don CeSar Place subdivision was found to have significant Mediterranean Revival-style buildings and a distinctive winding street pattern. The hotel, which is not in the proposed local historic district, was constructed in 1928 and serves as its anchor.

Rosetti advised the city has a grant application into the Department of State for a Historic Preservation Grant to survey the Don CeSar neighborhood. It has been expanded to include Belle Vista. If the city is awarded a non-matching grant, a historic consultant will be looking at surveying a minimum of 333 buildings in those two neighborhoods.

The report revealed the Vina Del Mar neighborhood contains a good number of mid-19th century residences, which the consultant recommended be further researched for historic designation.

In the 2015 report, the consultant advised, “The City of St. Pete Beach has previously recognized the unique architectural and historical nature of Pass-a-Grille by creating the Pass-a-Grille Overlay District. The Overlay District is intended to allow for structures that are considered contributing to the National Register Historic District to be considered conforming regarding lot size and setbacks, as well as provide additional control over development and uses of property within the Pass-a-Grille area situated south of 32nd Avenue … The Pass-a-Grille Historic District was listed in the National Register of Historic Places in 1989 and expanded in 2003.

City commissioners will hold a public hearing and vote on whether to designate a Local Pass-A-Grille Historic District, with boundaries delineated in the 2015 Historic Site Survey, at a future meeting.