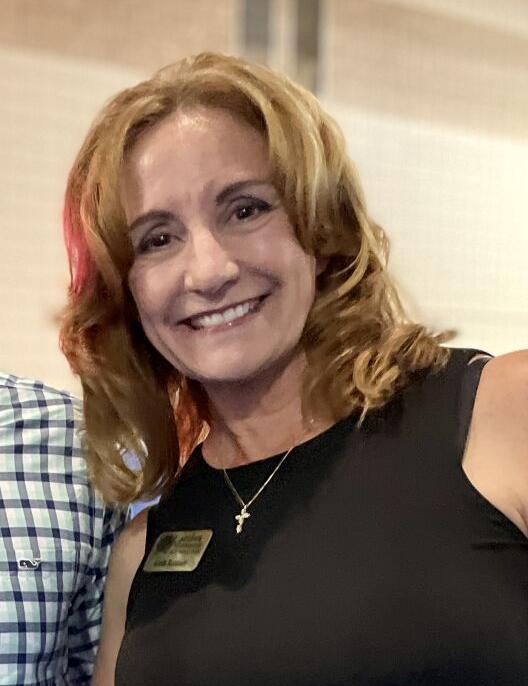 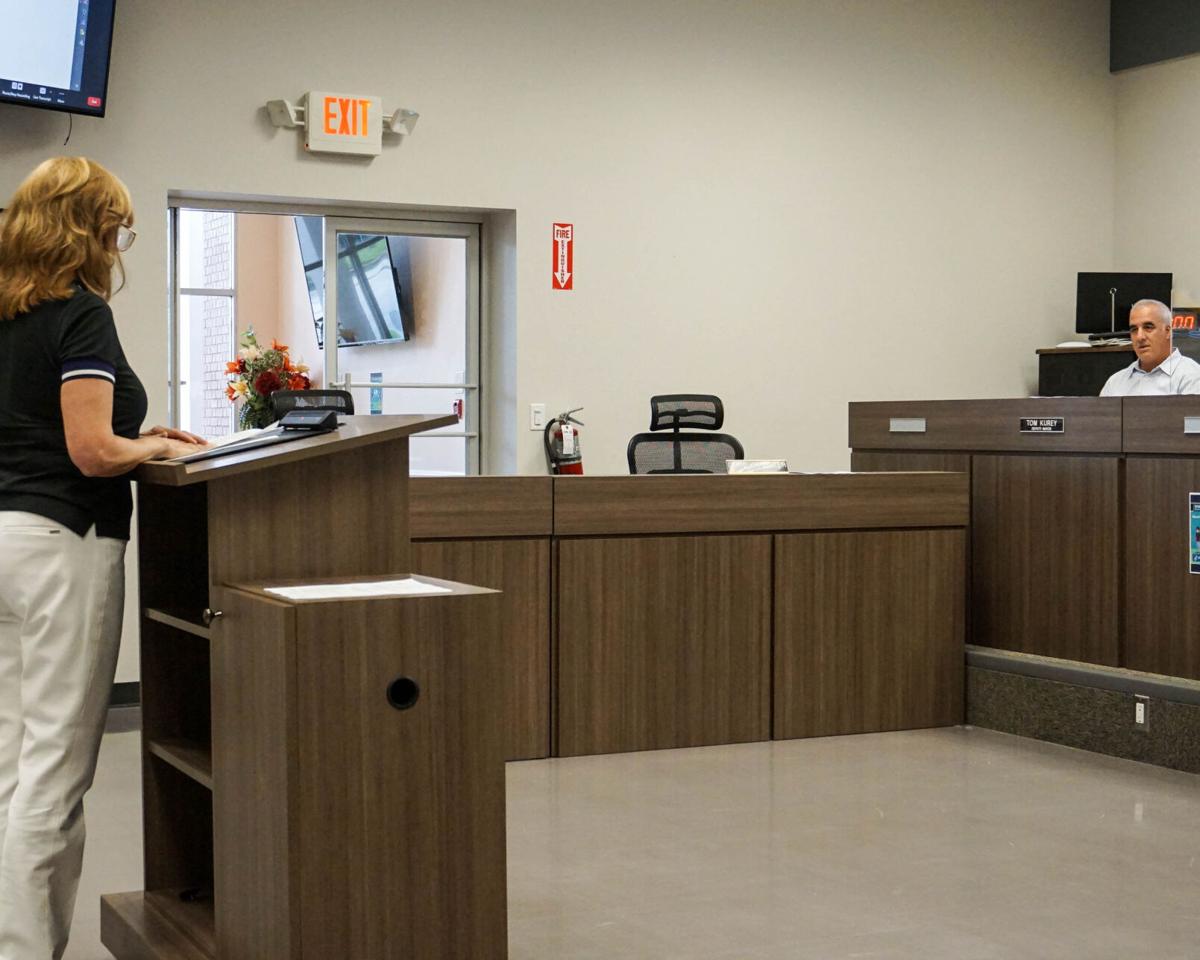 Former Belleair Deputy Mayor Karla Rettstatt addressed current Deputy Mayor Tom Kurey during the Sept. 20 Belleair Town Commission meeting. Rettstatt and her attorney attended the meeting to announce she had been cleared by the State of Florida Commission on Ethics in a trio of conflict-of-interest charges.

Former Belleair Deputy Mayor Karla Rettstatt addressed current Deputy Mayor Tom Kurey during the Sept. 20 Belleair Town Commission meeting. Rettstatt and her attorney attended the meeting to announce she had been cleared by the State of Florida Commission on Ethics in a trio of conflict-of-interest charges.

BELLEAIR — When former Belleair Town Commissioner Karla Rettstatt was accused by a volunteer committee member in April 2019 of having a conflict of interest when voting on legal matters concerning the Pelican Golf Club, where she was employed, the town attorney absolved her of any wrongdoing.

Despite the attorney’s assurances, a trio of complaints against Rettstatt was ultimately filed with the Florida State Commission on Ethics a few months later. However, due to pandemic-related delays, it would take two years before the panel would issue a final ruling on the matter.

But on Sept. 20, Rettstatt and her attorney, John Rich, appeared before the Town Commission to announce the former deputy mayor and longtime community advocate had officially been cleared of any wrongdoing by the ethics commission following the conclusion of the panel’s investigation.

“I am happy to report to you that on September 15, 2021, the State of Florida Commission on Ethics issued this public report regarding the consolidated complaint,” Rich said, noting the complaints were consolidated into one “because they contained the same identical word for word narrative complaint.”

Rich stated the commission found that “based on the preliminary investigation of the complaint and the recommendation of the commission’s advocate, the Commission on Ethics finds there is no probable cause to believe the respondent, Karla Rettstatt, as a member of the Town Commission of Belleair, violated section 112.3143 of Florida statues by voting on measures that she knew would inure her to special private gain or loss of her employment.” According to the commission’s ruling, Rettstatt was also cleared on the additional complaints of entering a contractual relationship to construct a new home with an entity doing business with her agency as well as misusing her commission position to influence the Belleair Community Foundation.

Rich, who noted he represented Rettstatt throughout the process, said the investigation and response to the complaints “was no small undertaking. It’s required a significant amount of time, resources, and expense in both the public and private sector,” and he added “as her attorney I can say she responded fully and openly to this investigation all along the way,” including making the trip to Tallahassee to hear the commission’s final ruling, something the complainants didn’t do, Rich said.

Before and after Rich’s remarks, several residents spoke on Rettstatt’s behalf, including Lil Cromer, who said, “It’s a pity that the commissioners who volunteer their time for the welfare of our community are subjected to salacious charges.” James MacArthur said he “doesn’t know of anyone in this room that has dedicated more of their free time and life to the city of Belleair” than Rettstatt. “And it really bothers me … that someone can accuse somebody in a baseless manner without merit that causes public humiliation, public consternation, pain for the family and the time and expense to defend herself against allegations that were totally untrue.”

Finally, Rettstatt got up and spoke about the effect the ordeal has had on her and her family.

“It’s been a long time,” she said. “It was very stressful for a lot of people.”

After thanking town staff and officials for helping with the legal paperwork, Rettstatt said she “wanted to make it clear” her decision not to run for reelection was not “because of this ethics complaint from these three people” before addressing Deputy Mayor Tom Kurey, who was also accused, and cleared, of a potential conflict of interest stemming from his sale of a home he owned to the Doyle family in 2019.

“I’m really sorry you had to go through the same malicious assassination on your character as I did,” Rettstatt said. “We are tired of those who want to knock down our town by hiding behind social media platforms. We need to move forward. We have a great town, and we are very blessed. Thank you.”

Mayor Mike Wilkinson noted, “When we sit up here, all volunteers, we have a family behind us, and they’re the forgotten ones,” before congratulating Rettstatt and thanking her for her service to Belleair.

Afterward, Rettstatt said the ordeal would not overshadow her longstanding love of the community.

“My family and I love living in Belleair,” Rettstatt said via email. “It’s a great place to raise a family, we feel a part of a special community. This is the reason I dedicate my spare time to making Belleair better.”

On moving forward from what she called “a financial strain on my family and to the taxpayers of Belleair,” Rettstatt said the incident “has not changed my dedication to the town. It’s made my commitment stronger. We will continue our efforts through the BCF to make Belleair a better place for our residents. My hope is that people volunteer and get more involved instead of using social media to complain about everything they don’t like.”