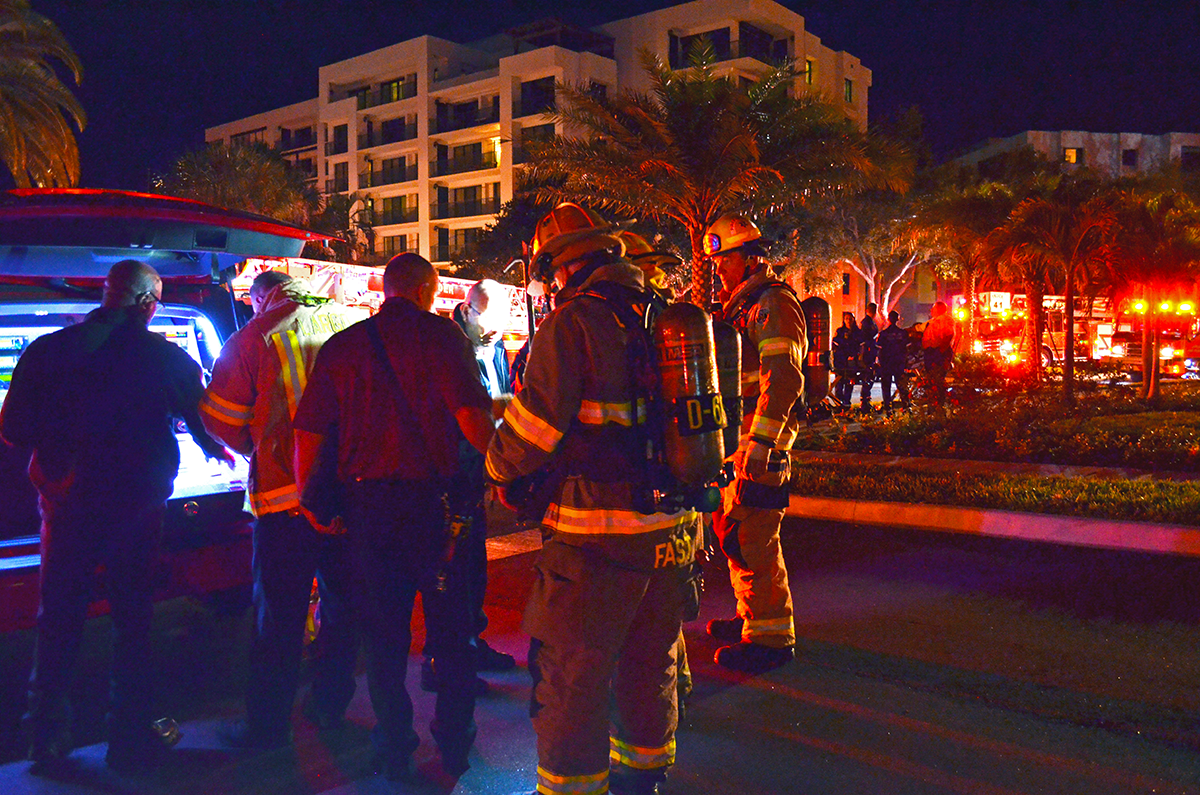 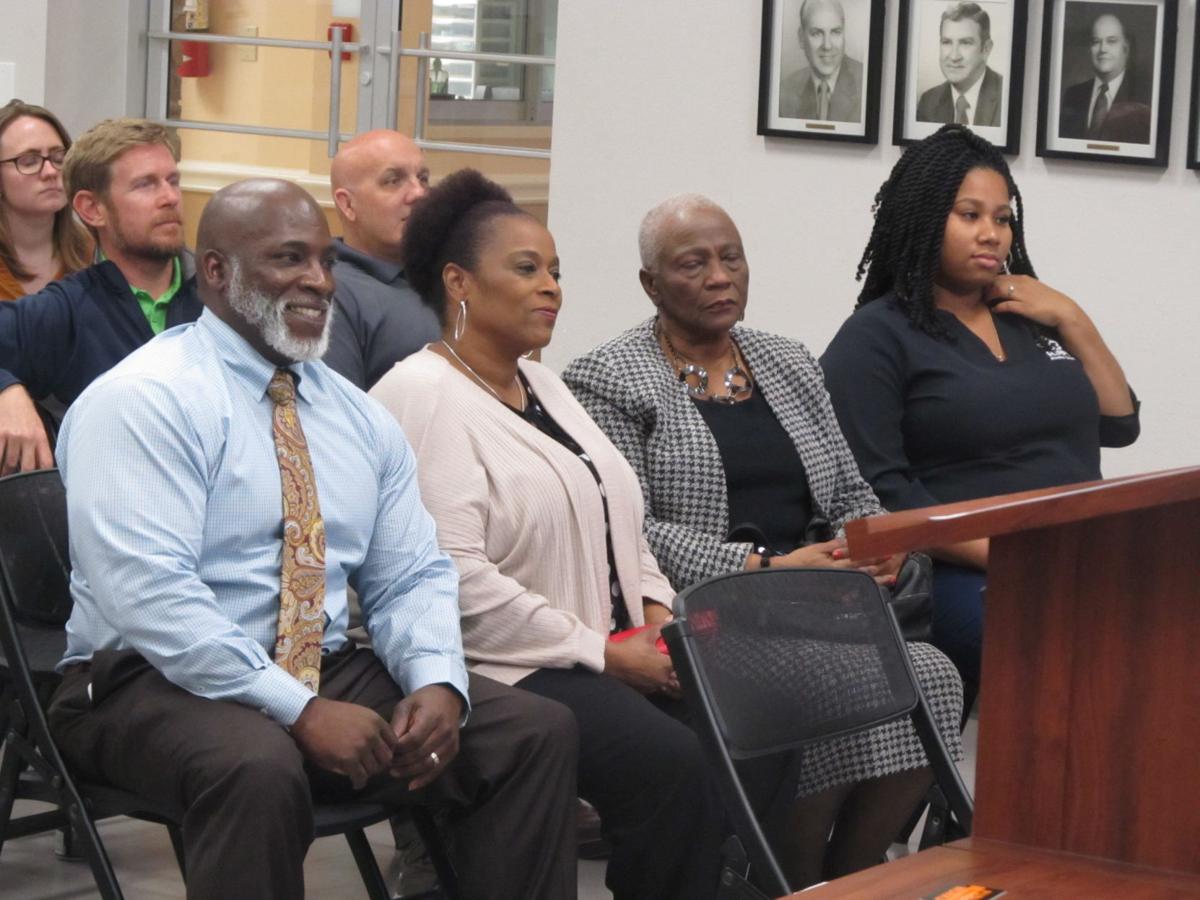 BELLEAIR — A fire on the first floor forced first responders to evacuate more than 100 people from a Belleair condominium building Jan. 29.

Police Chief Rick Doyle told the Town Commission that the fire caused quite a stir among residents of the Belleview Biltmore Villas South Garden Four, but the work of the firefighters brought a successful end to the event.

Doyle said the fire was started when a lighted candle was accidentally knocked over onto a bed. The bedclothes caught fire and repeated attempts by the residents of the unit to extinguish the blaze were not successful.

Units from three fire departments responded to the blaze. Firefighters from Largo, Dunedin, and Clearwater were on the scene with 36 vehicles.

Doyle had particular praise for the firefighters from Largo Station 43, the first on the scene.

“They pretty much saved a huge portion of the building,” he said. “The fire marshal was very complimentary of the work they did.”

Doyle also praised his own officers for what way they handled the event.

“Officers Drappy, Burnham and Roberts handled the scene professionally,” he said. “They had to cope with those 36 fire vehicles on the scene as well as more than 100 residents who had to leave the building. They helped keep order, they helped reunite people with their pets and helped bring people to the Belleview Inn, where they stayed while the fire was still going on.”

Other town officials, including information officer Cathy DeKarz and Commissioner Tom Kurey, who happened to be nearby at the time, also helped direct people.

The residents were kept out of the building for several hours while firefighters made sure there was no further danger once the fire was out.

Before the night was over, all the residents, except those in the unit where the fire started, were back in their homes. The residents of the affected unit suffered minor injuries, officials said.

Seldom does the announcement of a routine promotion among town staff take up significant time during a commission meeting. Yet that is what happened when commissioners confirmed the appointment of Wilfred Holmes as director of solid waste.

Town Manager J.P. Murphy said he was proud to be able to announce Holmes’ appointment.

“On Nov. 19, Wilfred will celebrate 30 years of service with the town,” he said. “During this time, he has committed himself to professional growth and has demonstrated the ability to not only manage the staff who report to him but to manage the operations of the department as well.”

“He is consistently the recipient of praise by our citizens and the cornerstone of what makes our solid waste services in Belleair so neighborly, empathetic and diligent,” he said.

Murphy wasn’t the only one to sing the praises of Holmes. Commissioner Karla Rettstatt recalled how Holmes helped her years ago.

“We had just moved in and he came out to help us,” she said. “I knew then we were moving into a great community. He is like part of the family.”

Commissioner Tom Kurey added, “When I heard about his pending promotion, I told him I thought he was already the head of the department. I was truly impressed with him and we are truly blessed to have him.”

“We moved here in 1994 and I recognized right away that Wilfred was a good man with a great family,” he said. “When I first saw him, he was wearing a shirt with ‘Coach’ written on it. I’ve called him that ever since.”

Mayor Gary Katica got a laugh when he said, “I’m voting for you and I want you to know I’m jealous of your beard.”

When he stood, Holmes had little to say except thank you. He then joined his beaming family who sat with him front and center in the auditorium.

Once the formalities were over, Murphy jolted everyone back to reality when he said Holmes is being given the unenviable task of sorting out Belleair’s recycling crisis.

• Commissioners unanimously agreed to spend $156,000 to repair cracked sidewalks and to bring curb ramps into compliance with the Americans with Disabilities Act.

The work will take place along Indian Rocks Road from Sunny Lane to Belleview Boulevard and on the Mall from Ponce De Leon to Carl Avenue. The construction company Kamminga and Roodvoets will do the work.

• Commissioners unanimously agreed to variances so RCS Pinellas can hold a fundraiser on Feb. 29 from 6 to 11:30 p.m. at 1602 Magnolia Ave. About 350 people are expected to attend the fundraiser, which will support RCS and its work with the homeless and victims of domestic violence.

The organizers will be allowed to have a portable restroom installed on the property and have a live band perform. Neighbors will be told of the event.

• Town manager Murphy is going to be around for a while longer. Murphy scored high marks in his recent evaluation by the town commissioners. He will be given another three-year term. Commissioners will consider a pay increase for him at the next meeting in March.

• The Feb. 18 commission meeting has been canceled. Murphy recommended the cancellation because of a lack of agenda items. The next meeting will be March 3.

Coronavirus cases creep up to 394 in Pinellas: death toll remains at nine