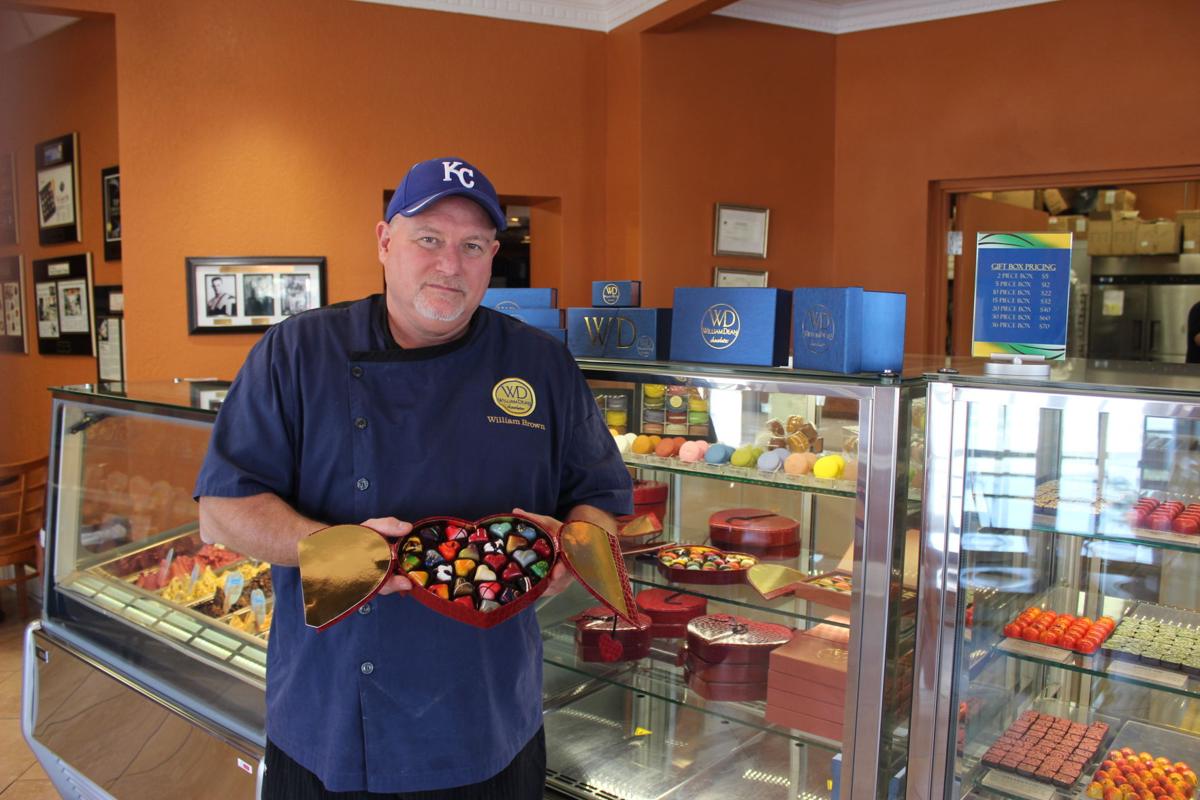 Bill Brown, owner of William Dean Chocolates in Belleair Bluffs, is preparing to be deluged with customers on Valentine's Day and the days before. 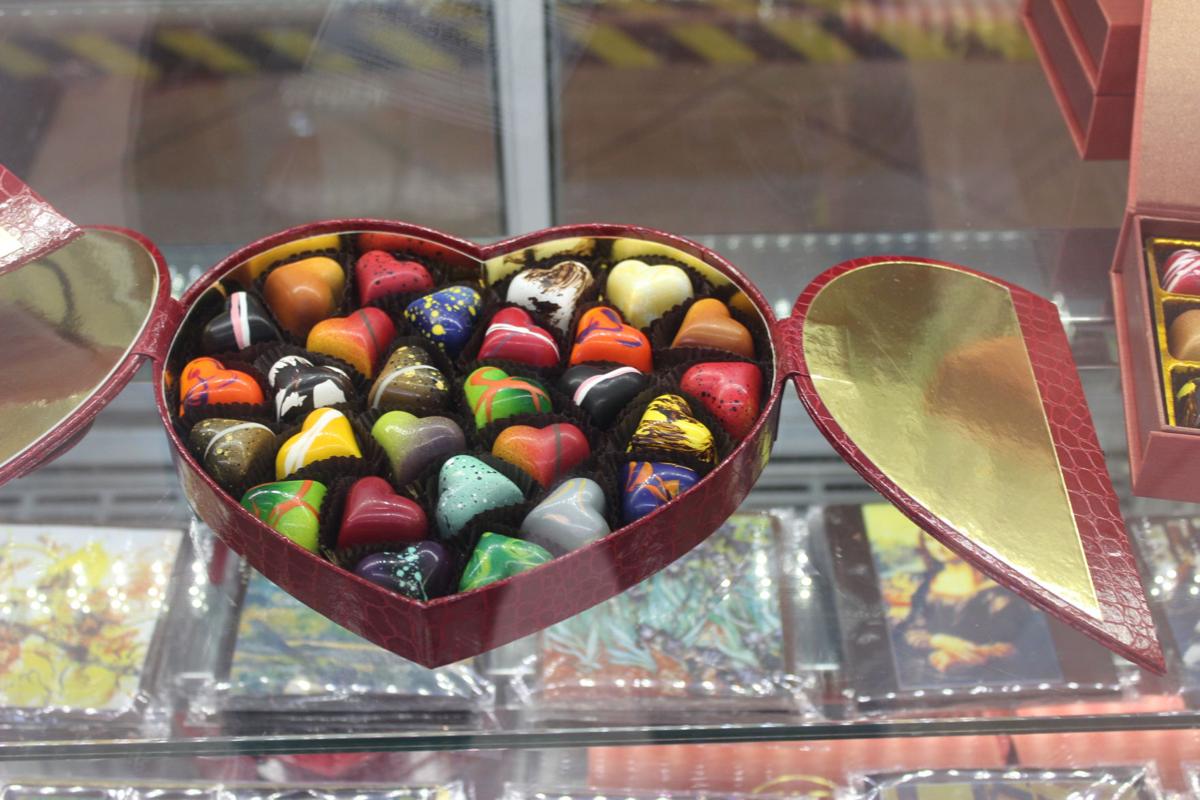 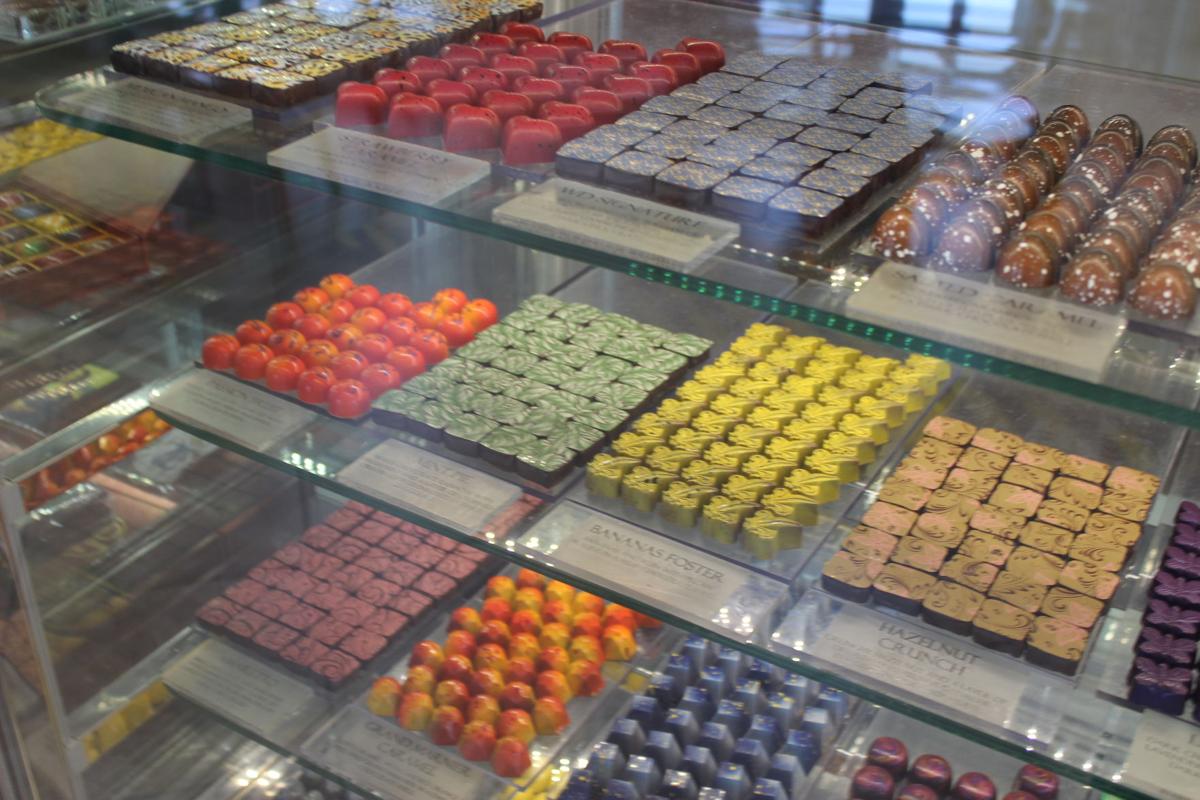 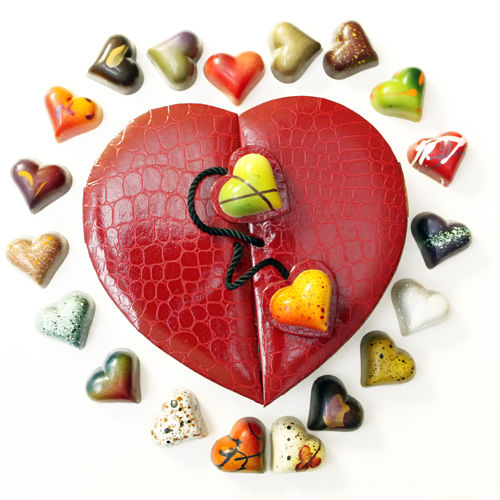 Bill Brown, owner of William Dean Chocolates in Belleair Bluffs, is preparing to be deluged with customers on Valentine's Day and the days before.

BELLEAIR BLUFFS — How sweet it is to be a successful chocolatier this time of year.

The two busiest days of the year on the retail side for nationally recognized William Dean Chocolates will be Feb. 13-14, founder Bill Brown said.

Brown has years of experience preparing for Valentine’s Day. He established the business in 2007, and it has been located since 2012 in the Belleair Bluffs Plaza at 2790 W. Bay Drive. The company was named in honor of Brown’s father, William, and his grandfather, Dean.

Some female customers say leave it to a man to wait until to the last minute to buy candy for a Valentine's Day gift.

“Of course, the men tell me, ‘I can't buy it early, because she will find it.’ So they don't want it until the day of, because they know if they buy it, they have to hide it," Brown said.

In a way that makes it easier for his store, he said, because for Valentine's Day most of what William Dean Chocolates sells is already packed and in boxes, assortments the business has created.

It's tougher at Christmas because some customers want a 36-piece box and expect to pick all the flavors. That doesn't usually happen because of time constraints.

About 300 people visit the shop on Valentine's Day. To handle the demand, five or six employees will be working in the front part of the business.

"Those two or three days, for volume in the store, it's just crazy," Brown said.

The company's internet sales have been growing over the last years, and Brown expects to be shipping about 200 boxes a day around Valentine's Day.

William Dean Chocolates has 10 to 20 employees, depending on the time of the year. But on Valentine’s Day, all are needed.

"The one good thing is on the 14th, it's too late to make anything," Brown said. "The kitchen staff will come out and help out front."

This year, he has two sisters coming into town with his mother for a week or so, and they will help out as well.

"They love it. They are also owners, but they love to come in and see how busy it is and see people's reactions," Brown said. "And they are great workers."

For Valentine's Day, the store will draw customers who have been patronizing the business for years. Some will bring back some of their keepsake boxes.

"We will fill them if we can, but we don't always have enough chocolates," he said.

The store has received awards at competitions around the country, such as best in show at the New York Chocolate Show. His chocolates also have been shown in the “Hunger Games” movies.

“He has been an incredible asset to the city of Belleair Bluffs,” said City Administrator Deborah Sullivan. “So many residents and those from near and far come to sample his wonderful chocolates.”

She noted the chocolatier also offers afternoon tea and sweet parties, classes on how he makes his chocolates as well as flavorful gelato.

“He is a great member of our community and we are proud to have him as one of the cornerstone stores of the busy intersection of West Bay Drive and Indian Rocks Road,” Sullivan said.

Brown’s artistic talents stem from his childhood and he puts them to use often. According to his website, after watching an episode on The Food Network, he made truffles for his employees at a previous company where he worked. He later saw the work of artisan chocolatiers and was impressed.

When Brown first started applying his artistic skills to chocolates, through air brushing and painting, he realized he loved his creations.

Brown, who lives in Dunedin, takes pride in giving others a place in his store to prepare chocolates, saying he has five production employees.

Helping other chocolatiers start their businesses, Brown stressed that they shouldn't do something just because they love it.

"There has to be an outlet for it," Brown said. "We are selling a premium product, and we are using expensive ingredients. You need a location that is surrounded by people who care about quality, maybe more than quantity, and I just felt that this region — not just Belleair, but Belleair Beach, Largo was great for that because it was for people who really want quality."

His chocolates have been rated in the top 11 in the world recently, he said.

"When a customer is able to share that with somebody, it makes me proud that they have chosen us and they're excited to do that," he said.

Besides Valentine's Day, Christmas, Easter and Mother's Day bring the most customers to William Dean Chocolates.

"Fathers' Day? Forget it. They get nothing," he said. "They get ties."