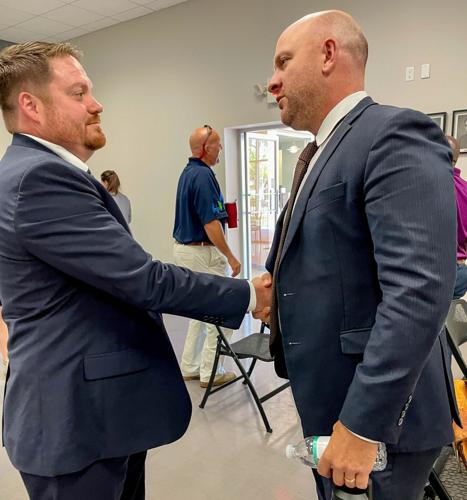 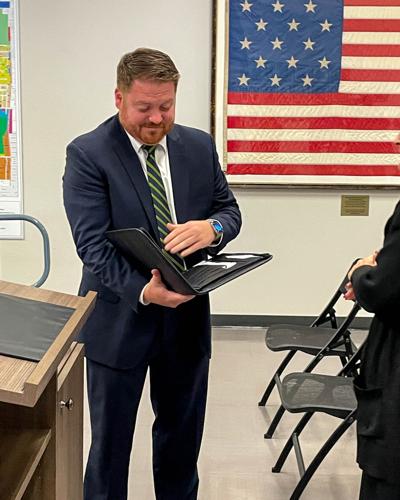 JP Murphy prepares to exit Belleair Town Hall on April 15 after his letter of resignation and separation agreement was unanimously approved by the Town Commission, 5-0, during a special session. 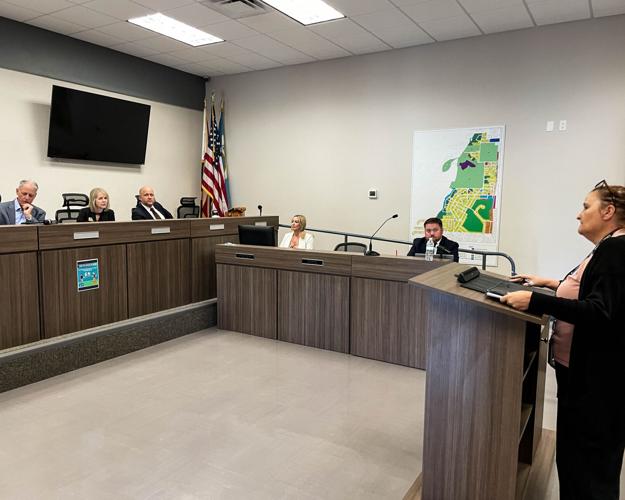 JP Murphy prepares to exit Belleair Town Hall on April 15 after his letter of resignation and separation agreement was unanimously approved by the Town Commission, 5-0, during a special session.

BELLEAIR — Six weeks ago, Belleair officials called for a review of the workplace culture following a recent rash of staff departures at Town Hall, including one longtime employee who unexpectedly resigned via email on a Sunday evening in late February.

“The way she left the town gave me pause,” Mayor Mike Wilkinson said of the employee, whom he called the “face of Town Hall,” during the March 1 commission meeting. “And I’m wondering, do we have a culture that caused that, or was it something else? But I’d like to get to the bottom of this.”

Now, Town Manager JP Murphy is gone, shortly after the commission addressed the issue via an agenda item titled “Discussion of Town Manager Performance” on April 5.

Murphy had noted that several departures could be traced to COVID-related issues as well as a general downturn in employment in the local-government sector following the coronavirus crisis.

“Looking at the data we saw significant increases in all other sectors except for government employment,” Murphy said, citing recent bay area employment stats, noting “from 2019 on, we’ve seen a significant decline in employment in the government sector.”

The commission ultimately agreed to hire an outside firm to conduct a review of the workplace culture, a move Murphy said he welcomed. “I’m confident that my staff and I can take whatever concerns you have and turn them around into something that you’re used to,” he said.

One week later, however, Murphy, a 17-year employee, was out as town manager after five years in the position, having submitted a letter of resignation that was unanimously approved by the commission during a special meeting held April 15.

“Following our last meeting, we had a discussion on the town manager,” Wilkinson said during the 3 p.m. session. “Since then, both parties have agreed that in the best interest of everyone involved we go in different directions. I want to thank JP for his service and his dedication to the town.”

Wilkinson said a separation agreement had been negotiated between the town attorney and Murphy’s lawyer, and that he “was in favor of the agreement.” After calling for public comment and receiving none, Commissioner Tom Shelly motioned to approve Murphy’s resignation, and the motion quickly passed, 5-0.

When asked to say a few words, Murphy promised to keep it brief due to the holiday weekend.

“I just want to say that Belleair is a very special place,” he said. “It will always have a special place in my heart, and I want to thank first and foremost the residents and of course the commission, old and new. I’ve served with several commissioners over my years here and I’m so thankful for each and every one of you.”

Murphy went on to thank “our wonderful staff for all the hard work they put in to make this town such a special place. I’m proud of all our accomplishments together and I know this town is going to continue to do great things and I feel like we’re leaving it in a great place, and I look forward to your shared success.”

After approving the separation agreement, which called for Murphy to receive a lump-sum severance payment of $59,895, the commission turned its attention to naming an interim town manager to take over until they find Murphy’s successor, with Commissioner Thomas Nessler recommending Belleair Police Chief Rick Doyle for the role.

“I think Chief Doyle would be a good appointment for that position,” Nessler said, citing the department being well suited to handle the chief taking on the dual role as well as Doyle’s knowledge of the “goings on every day” at Town Hall. The suggestion was approved, 5-0, with Doyle, who was out of town, set to be officially appointed to the interim position at the April 19 meeting.

When it came to the third and last item on the short agenda, “Direction Regarding Workplace Culture Consultant,” the commission was ready to scrap the idea until one employee cautioned them against it.

“The concerns that you all expressed about the climate, or the environment, are more than just one or two things,” said Janette Rawls, the town’s human resources and risk management coordinator. “I think that there’s quite a few things that are on people’s minds and I feel like if you don’t hear their voice at this time then they’re going to receive that as not hearing their voice.” She added there are a “variety of things that are on staff’s minds and they vary from very small things to large things,” including staffing problems “all the way up through COVID and the protocols and the impact that had on everybody.”

After much discussion, the commission agreed to collaborate with Rawls and Doyle to conduct an internal review before deciding what to do next, with Wilkinson stating, “We all want the same thing for this town. And when I say this town, I mean the employees and the residents. And that’s heartfelt.”

Afterward, the mayor and Murphy weighed in on the latest staffing change to hit Belleair Town Hall.

“Whenever you have change it causes angst and uncertainty, and I’m sensitive to our employees and residents and how it can cause them angst, and I want to be understanding,” Wilkinson said by phone April 18, while praising Murphy “for all he’s done for the community over the past 17 years.”

When asked what the next step would be for the commission, the mayor said he wanted to wait until Doyle was back in town and officially appointed to the interim role before making any major plans.

“I’d like to discuss everything with chief, who can then discuss things with department heads and staff,” he said, adding he believed the workplace study “could have some value to it and I’m still open to it. But I want to get chief involved and get his assessment before we do anything.”

For his part, Murphy said he was at peace with his decision to resign.

“I’m good,” he said by phone on the Monday after Easter, having enjoyed a quiet holiday with his wife and dog. “I think everybody left the meeting thinking in a positive direction for everyone, and I don’t have any animosity or a bad word to say about the town.”

When asked why he decided to resign after initially agreeing to move forward, Murphy said, “I don’t think sustained negativity is good from any organization, and the tenor of the last few meetings was very negative, and I didn’t think that was right for my team. It’s not best for me, for the commission, or the staff. So, this could be a positive change for everyone.”

With a track record in Belleair that includes some weighty accomplishments, including bringing financial resiliency, program-based budgeting and strategic planning to town, as well as securing more than $3 million in grant funding in the past three years, Murphy said he was “very proud” of his five-year stint in the town manager’s chair. But he said it could be time to pursue a new career path.

“I’m going to do some soul searching before I decide what to do next,” he said, citing a move to the private sector or a teaching stint as possible directions he could take. “After serving this town in a variety of roles for the last 17 years, it’s time to pass the baton to another set of capable hands. I did all I set out to do during my time here, and I feel like the town is in a good position and headed down a great path.”