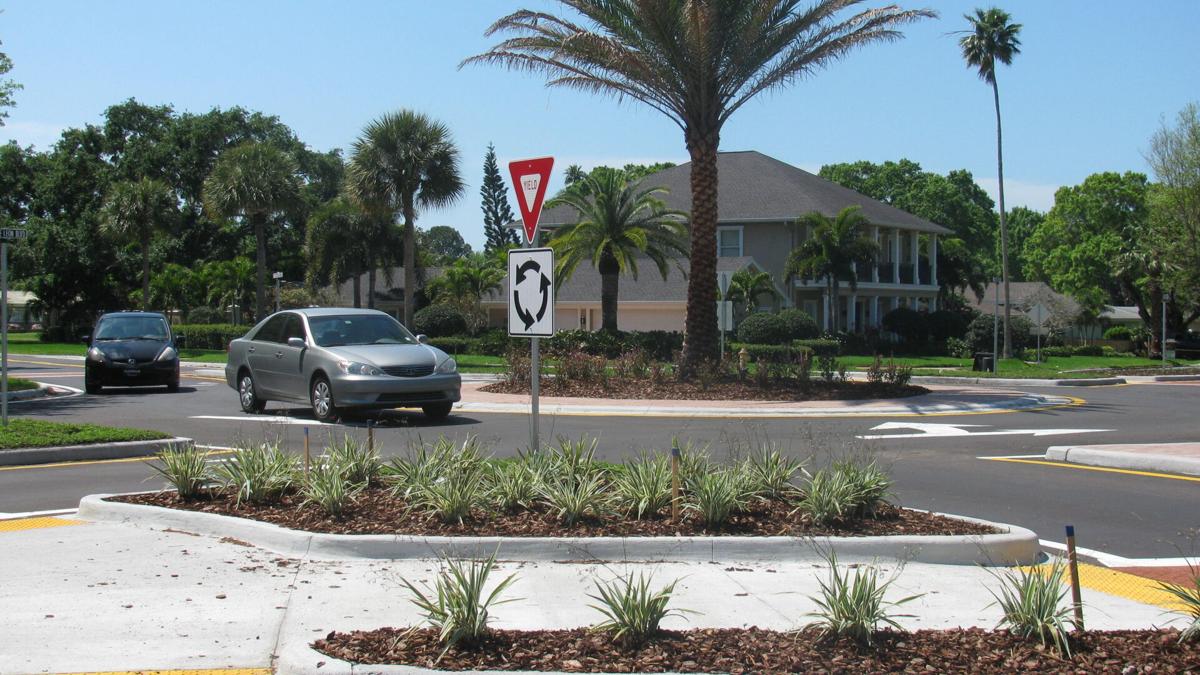 Motorists navigate the roundabout at Ponce De Leon Boulevard and Indian Rocks Road in Belleair. Town officials, who say they field constant complaints about drivers speeding through town, approved a pair of studies that hope to tackle the problem. 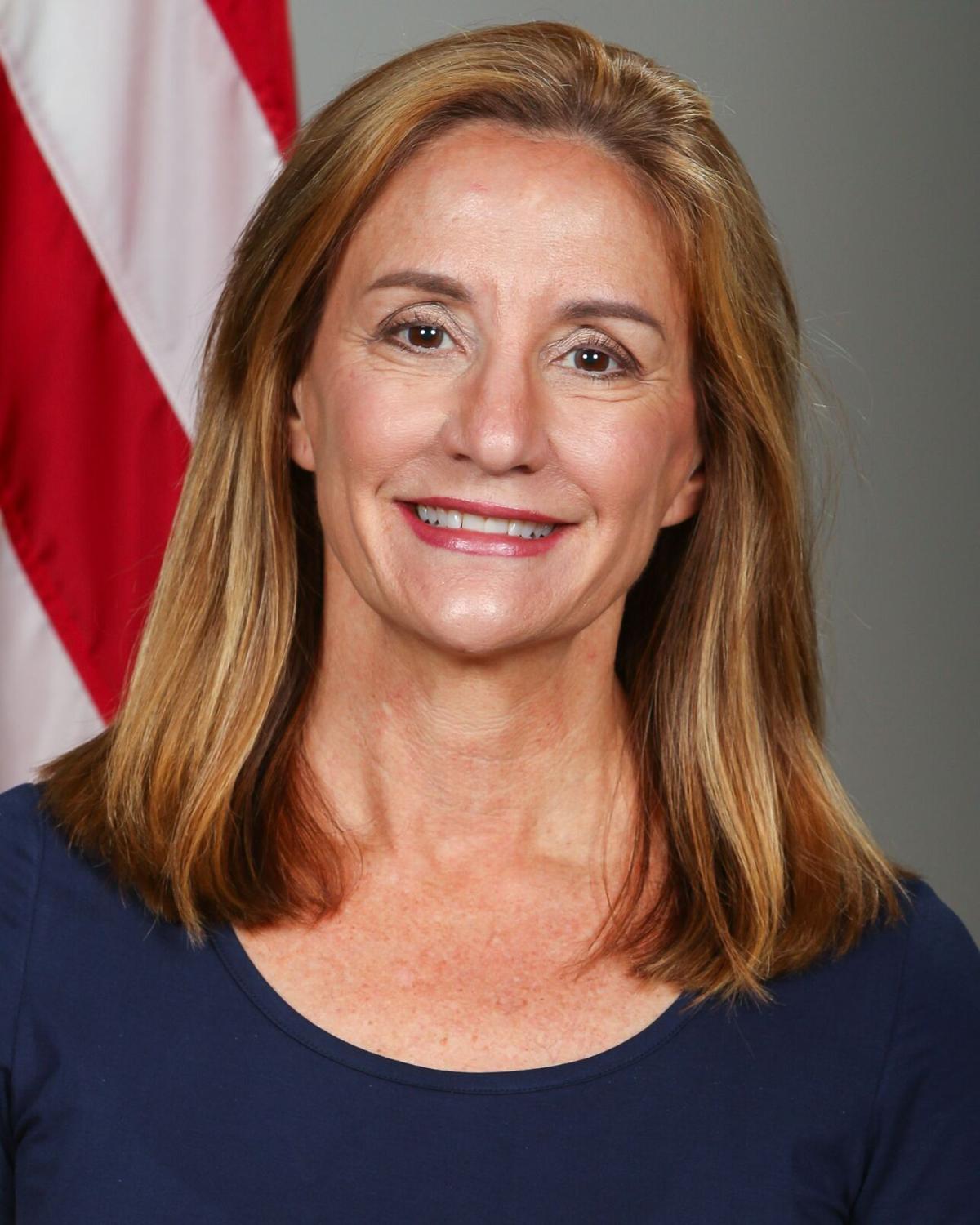 Former Belleair deputy mayor Karla Rettstatt plans to present a petition to the town commission requiring that a referendum be held in the event there are any moves to reduce funding to or eliminate the police department.

BELLEAIR — Are motorists speeding through the quiet streets of Belleair, using its roadways as shortcuts to other parts of the county?

Residents believe so, town leaders say, and now city staff aims to use technology to find out if it’s true. If residents are right, then lower speed limits could be in the town’s future, Town Manager JP Murphy said March 2.

In order to find out, town commissioners voted 4-0 to pay the RS&H engineering firm about $41,500 to conduct a pair of studies examining motorists’ habits around Belleair.

“I think we’ve all ... heard the theory that Indian Rocks Road is a cut-through street and people are only using our roads as a cut-through street,” Murphy said. “Well, this is the way we intend to prove or disprove that theory and then use the elements from both of these studies to say, ‘OK, now what are we going to do with our transportation system?’”

The first study will assess the existing speed limits of all the town’s roadways and identify any reasons that would prevent or limit speed limit reductions, such as jurisdictional issues.

RS&H will also gather data, help identify locations for potential reductions to 25 miles per hour or lower, and recommend any potential next steps to implement any proposed modifications.

In order to make any changes, state statutes require municipalities conduct engineering and traffic investigations, because speed limits are generally based on the speed at or below 85% of the observed free-flowing vehicles are traveling.

“I think a lot of the comment we’ve always heard is find a way to reduce the speed,” Murphy said, “and it sort of boggles people’s minds that we can’t just do it without the stamp of approval from the city.”

Instead of testing every roadway, Murphy is tasking the firm with finding out if it’s possible to create residential zones that allow the town to reduce the speed in each of those zones uniformly.

In order to do that, RS&H needs to collect data, which is the focus of the second analysis commissioners approved.

The study will use GPS data from drivers’ smartphones and cars to find out where traffic is coming from, how it is moving through town and where it is going.

“The engineers said we have access to big data corporations, which use anonymous GPS data that’s reported through different apps and the whole nine yards to where we can look at trip counts and trips as they move through town given a period of time,” Murphy said.

Murphy said the approach also will allow the town to check out data from different times of the year, which pleased commissioners.

“It would be nice to know some of the different seasons,” Deputy Mayor Karla Rettstatt said. “... Like how much of an impact is spring break on Belleair?”

“I can’t give you any of those future options without having some data on the back end,” he told commissioners.

Once the studies are completed, the engineer and staff will present the information to the commission to get its ideas on how best to proceed with a potential speed reduction.

• Rettstatt, who has decided not to seek reelection, bid farewell to the commission in her final meeting. Rettstatt has been a resident of Belleair since 1993 and was first elected to the commission in 2006. She would give up her seat four years later in order to help take care of her aging parents. In 2015, she again ran for office and has served on the commission since.

“What a great six-year run,” she said.

She went on to highlight some of the town’s recent accomplishments, including its speedy recovery from Hurricane Irma and making it better prepared for another storm, the redevelopment of the Belleview Biltmore and Pelican Golf Club properties, the renovation of three parks, the completion of 22 infrastructure projects, and the creation of a strategic plan.

“We led the town in a great direction,” she said, while also thanking her biggest supporter, her husband.

Rettstatt also spearheaded the building of the Dimmitt Community Center and Hunter Memorial Park, and is the founder of the Belleair Community Foundation.

• Commissioners approved special relief permit requests for a pair of upcoming events organized by the foundation.

Dogs & Donuts is an annual neighborhood event Saturday, March 20, from 9 to 10:30 a.m. at Pat Wall and Doyle parks. The event will feature coffee, doughnuts, and, of course, residents’ four-legged companions.

The second event, Let’s Rumble, is the foundation’s inaugural car show. It will be held in Hunter Memorial Park on April 17, from 8 to 10 a.m.