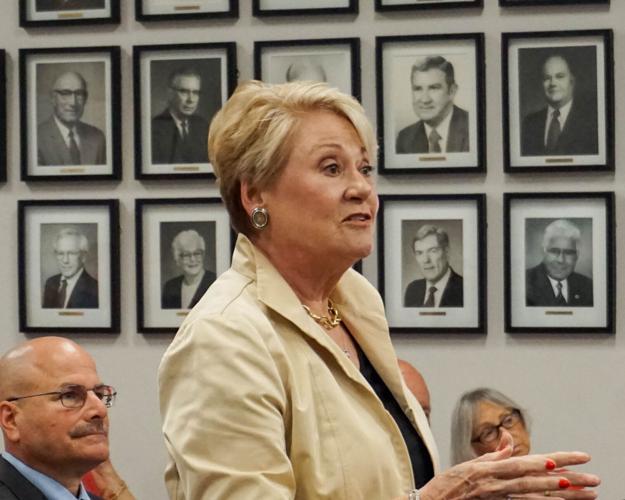 Since being hired as Belleair’s interim town manager in May, Gay Lancaster has been widely praised by residents, staff and commissioners for her work ethic, communication and community-building skills. That has led to discussions about hiring her full-time before her contract expires in October. 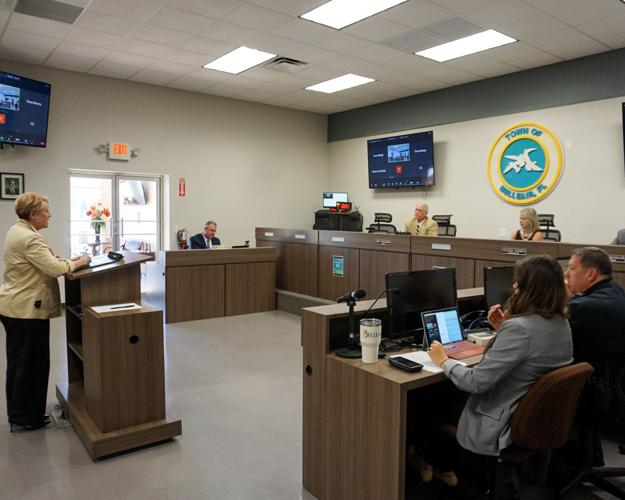 Since being hired as Belleair’s interim town manager in May, Gay Lancaster has been widely praised by residents, staff and commissioners for her work ethic, communication and community-building skills. That has led to discussions about hiring her full-time before her contract expires in October.

BELLEAIR — Since being appointed as Belleair’s interim town manager in late May, Gay Lancaster has been widely praised for her role in righting the ship at Town Hall and throughout the community.

During her three-plus months on the job, Lancaster, a Belleair resident with an extensive background in county government, has brought stability to a facility and a town rocked by setbacks, including COVID-related closures and the departures of several longtime staff members. Among them was former Town Manager JP Murphy, who resigned in April after the commission decided to conduct a workplace culture study after more than a dozen employee departures over the past three years.

In addition to moving critical projects forward, including an impending decision on the town’s aging water treatment plant, Lancaster has also reportedly improved morale in other ways, like promoting employee communication and community participation, earning kudos from residents, staff, and commissioners.

“I’ve really noticed an increase in community engagement recently, and it has been delightful,” Commissioner Coleen Chaney said during the Aug. 16 Belleair Town Commission meeting. She referred to a recent informal meeting Lancaster held at Pinellas Park that was attended by two dozen residents that one resident called “a great collaboration between the community and government.”

During his commission report, Deputy Mayor Tom Kurey said he’s “very appreciative” of Lancaster’s work before suggesting the commission make a move to hire her for the full-time position.

“I would like to put on the agenda a discussion about our town manager and potentially having her not be interim town manager but being our town manager,” Kurey said. He added he believes Lancaster is “doing a terrific job with our staff and our team, and now’s the time to do it.”

Mayor Mike Wilkinson agreed Lancaster has been doing a great job and supported Kurey’s idea, but he suggested they wait until after budget season is over in late September before making a formal decision.

“Then we could look at it at that point,” Wilkinson said. “That’s’ just my thought.”

While continuing to praise Lancaster, Chaney noted when they originally conducted the interviews for the interim position, it was supposed to be filled for a period of four months, at which time the commission would conduct an open search for Murphy’s successor.

“I think (Gay) has a system-based problem-solving methodology that we are gaining value from in every arena of this town,” Chaney said. “However, we promised our residents that we would work a certain process, and that was go to market, see what talent was out there, and then decide.”

Chaney said she’d like the town to continue to work with Lancaster, “but I want to balance that with the transparent process we told our residents we would deliver to them. So, how that happens I don’t know.”

Kurey replied by saying, “I think if we had known then what we know now, we may have done it different,” and asked again to put it on a future agenda. Wilkinson agreed, in part “so that residents have the ability to comment on our path forward, too.”

Afterward, the mayor reiterated his appreciation for Lancaster’s work.

“Gay Lancaster has been doing a phenomenal job,” Wilkinson said via email. “Among her many accomplishments, Ms. Lancaster is moving us forward in our water discussions with the county and our infrastructure projects. Our residents and staff have responded very positively to her leadership.”

Wilkinson added that since Lancaster’s contract, which pays her $10,000 per month, is set to expire before the October commission meeting, the discussion of her position will be added to the agenda of the Sept. 6 commission meeting.

When asked for comment on his suggestion they hire Lancaster full-time, Kurey said it comes down to the fact that he believes she is the right person for the job.

“When we started this process, I said I wanted to see stabilization, and we’re moving in that direction,” Kurey said by phone Aug. 29. “But there’s a lot more work than anyone expected, so to get to a position of stabilization, I think Gay needs more time.”