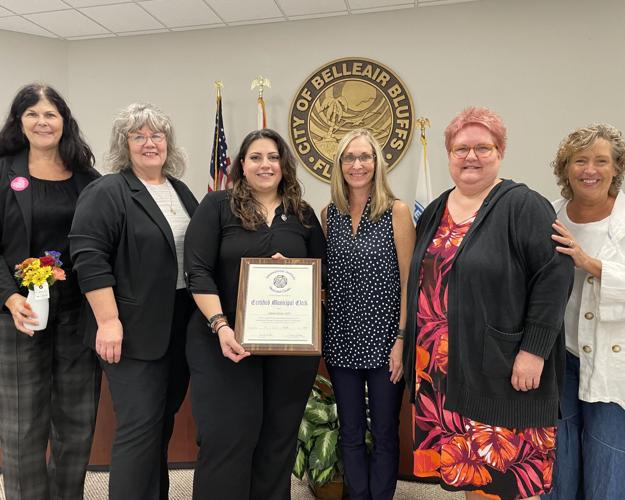 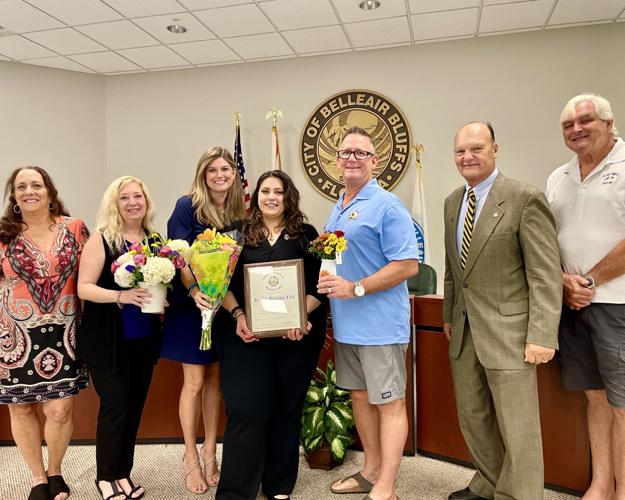 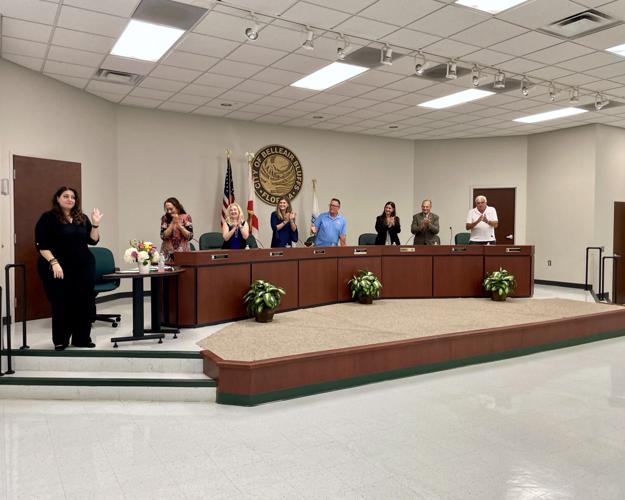 The brief ceremony was attended by several of Silcox’s city clerk colleagues, including Patti Gentry of Belleair Beach, Barbara Colucci of Belleair Shore, Seminole’s Ann Marie Mancuso, and Dawn Wright, district director of the Florida Association of City Clerks, who drove over from Eagle Lake in Polk County.

City Administrator Debra Sullivan explained CMC certification is achieved through an ongoing education and training process “that takes years to accomplish and is a very high-honor award” before deferring to Wright to “talk more about the certification and present this well-deserved award to Alexis.”

Wright began by congratulating Silcox before speaking about her career arc, “which began in 2017 when she was hired as an administrative assistant. Four months later Hurricane Irma came through, and she quickly took the lead as emergency management coordinator, as her past history and interests were in emergency management.”

Wright said Silcox was promoted to City Clerk in May of 2018 after attaining her master’s degree in National Securities Affairs with a concertation in Homeland Security, noting “she’s been a member of the Pinellas County Municipal Clerk’s Association since 2017… is very active in her local clerk’s association … and is currently serving a five-year term as a historian.”

Regarding the CMC certification process, Wright said, “the International Institute of Municipal Clerks and its partner, the Florida Association of City Clerks, are professional associations that promote continuing education and certification through the university and college-based institute.” IIMC’s primary goal is the professional development of municipal clerks through continued education programs such as the CMC program. She said “currently, only 197 of the 584 FACC members have obtained a Certified Municipal Clerk designation,” noting applicants must complete a rigorous education and training program “that aids municipal clerks in job performance.”

In closing, Wright said that by achieving the CMC certification, “Alexis is now part of an elite group of professionals in local government, a group she could not have become a part of without your commitment to support her efforts. On behalf of the Florida Association of City Clerks’ president, board of directors, it’s members in the central west division district, we are all so very proud of you. Please join me in congratulating your City Clerk Alexis Silcox on her impressive accomplishment as one of our newest Certified Municipal Clerks. Well done. Display your plaque and wear your pin with pride as a symbol of your dedication and professionalism.”

Silcox, who like many municipal employees doesn’t relish being in the spotlight, quickly thanked everyone before posing for a few photos with her colleagues and commissioners, who heaped more praise on her.

Sullivan later added via email, “Alexis has been an exemplary employee since the day she was hired. She works tirelessly to ensure that all the administrative and resident concerns are met. I am proud of her accomplishment of achieving her Certified Municipal Clerk recognition.”