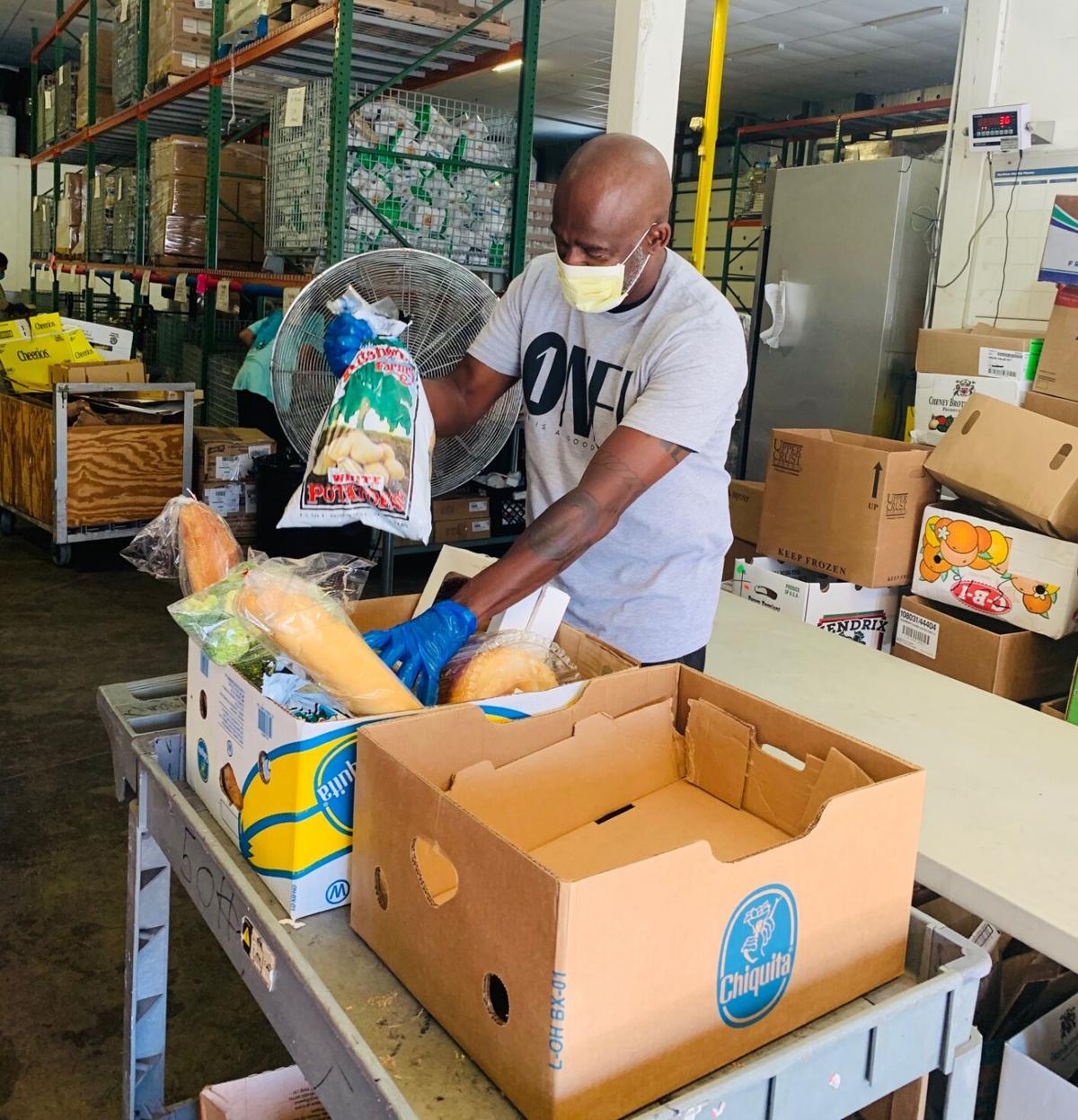 Kirk Ray Smith, the president and CEO of RCS Charities, sorts through donated food before handing it out to people in need. 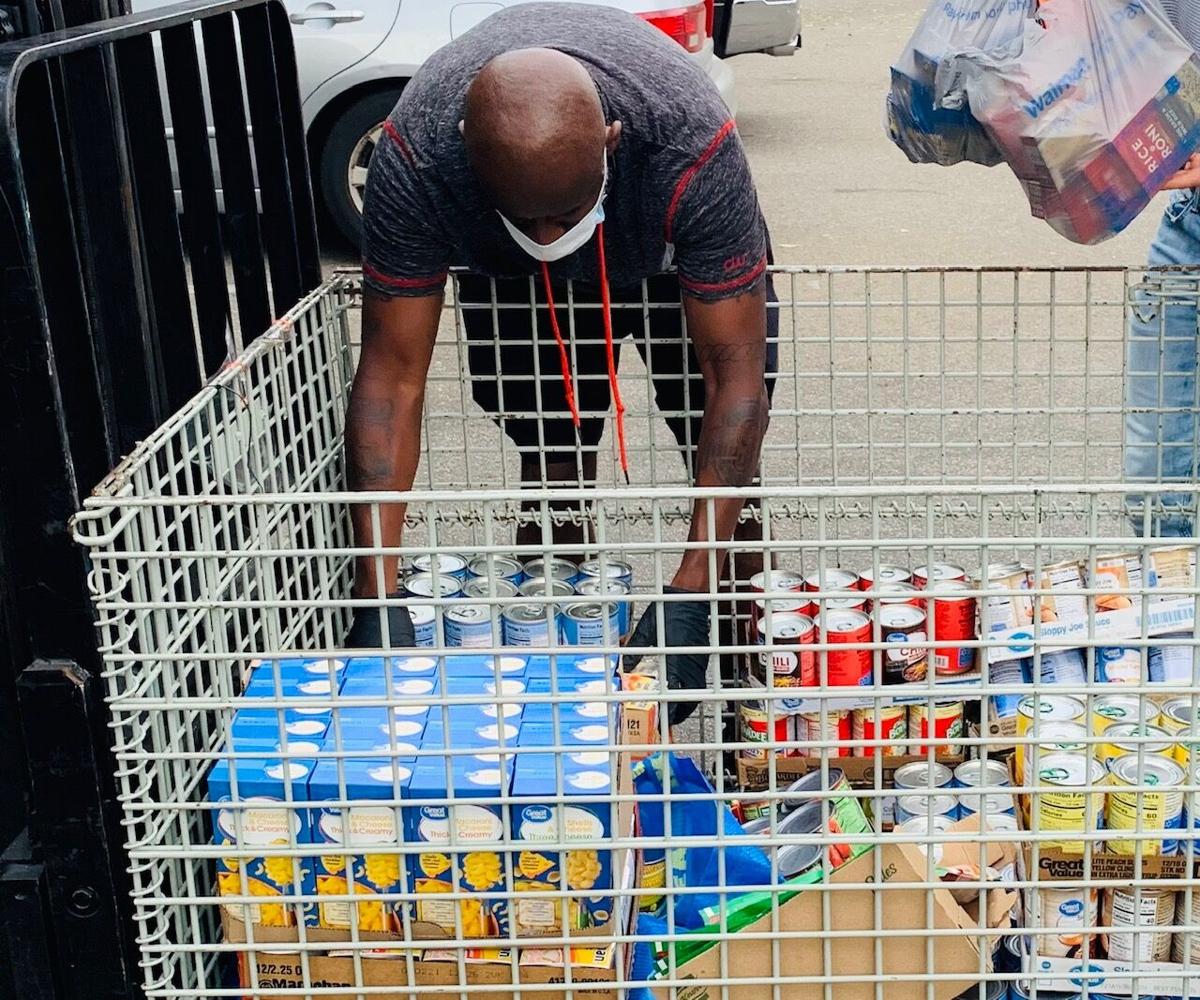 Kirk Ray Smith, the president and CEO of RCS Charities, sorts through donated food before handing it out to people in need.

LARGO — Like most other nonprofits, RCS Pinellas is struggling to carry out its mission while dealing with the restrictions of COVID-19. There has been little good news for the group until recently.

The spirits of all those who are trying to help the underprivileged at RCS were lifted recently when they learned that Sweet Tomatoes was giving them a donation of 5,500 pounds of food. The donation lifted a weight that had been bearing down because of the virus.

Sweet Tomatoes, a buffet-style restaurant that deals mostly with salads and soups, is also a victim of the coronavirus. Soon after Florida went into lockdown in March, Sweet Tomatoes announced that it was closing for good.

That food donated by the restaurant’s Largo Mall location will allow the charity to continue to feed tens of thousands of people all over Pinellas County, operating 80 separate distribution sites.

Kirk Ray Smith, president and CEO of RCS, said words cannot describe how he feels about the donation.

“To put it in perspective, it takes 131 pounds of food to feed a family for one week,” he said, adding that “5,500 pounds will go a long way for a lot of families.”

Not only did Sweet Tomatoes donate the food, it delivered it as well, and Smith said there was a wide variety of food involved.

“What they donated was nonperishable,” he said. “There were sauces, fruit, vegetables, those types of things. All good healthy food. They also gave us cleaning products and garbage bags, all things we need.”

RCS was founded more than 50 years ago as Religious Community Services. Back then, it was fully funded by churches and synagogues. Smith said as time went by, things evolved and while the churches and synagogues are still involved, much of the operating expense is now covered by private donors and the government.

“We have an $11.5 million budget each year,” he said, adding that “$3.5 million of that we have to raise privately; the rest comes to us through government contracts.”

In other words, he explained, the government is willing to pay for certain services without having to carry them out, preferring to contract the work out to organizations like RCS.

That work covers a wide range of services of which feeding the poor and homeless is just one.

“We provide housing for homeless families and subsidized housing for those who can afford to pay a little bit,” he said. “As well we operate a domestic violence shelter and a home for human trafficking survivors. We also provide help with rent and utilities.”

Largo Mayor Woody Brown and the city were instrumental in getting the Sweet Tomatoes donation steered toward RCS.

He says he is happy to help in any way he can.

“Our Community Development folks have worked with RCS in the past,” he said. “They have been around for a long, long time. They are all over the county and help with food pantries. We have helped them with food drives and have partnered with them on many occasions.”

Brown, who is a chiropractor, said he has often helped on a personal level.

“Often, I will have a food drive in my office and it has always been for RCS.”

Brown laments the loss of Sweet Tomatoes from his city, but says it might have been inevitable because of the pandemic.

“I wouldn’t be surprised that coming out of this pandemic we will see a change in the model across the spectrum of restaurants,” he said. “Buffet styles may have to completely change their service model, it will be something demanded by the consumer.”

Smith said he can’t say enough about what the Sweet Tomatoes donation mean to his organization.

“Always when we deal with people they are struggling, they are in crisis,” he said. “It is difficult to do the work every day, many days are tough. So anytime someone reaches out to us it is encouraging. It is inspiring, motivating, encouraging and any adjective that you can think of.”

As a result, donations like the one from Sweet Tomatoes keep the RCS volunteers working.

Smith says the organization helps 130,000 people each year and there is no end in sight. He says the future for RCS, he hopes will be one of more and better programs to help those in need.

“The future for us is about expansion and growth,” he said. “Having more physical plants and programs to provide more services. The needs are not going away.”