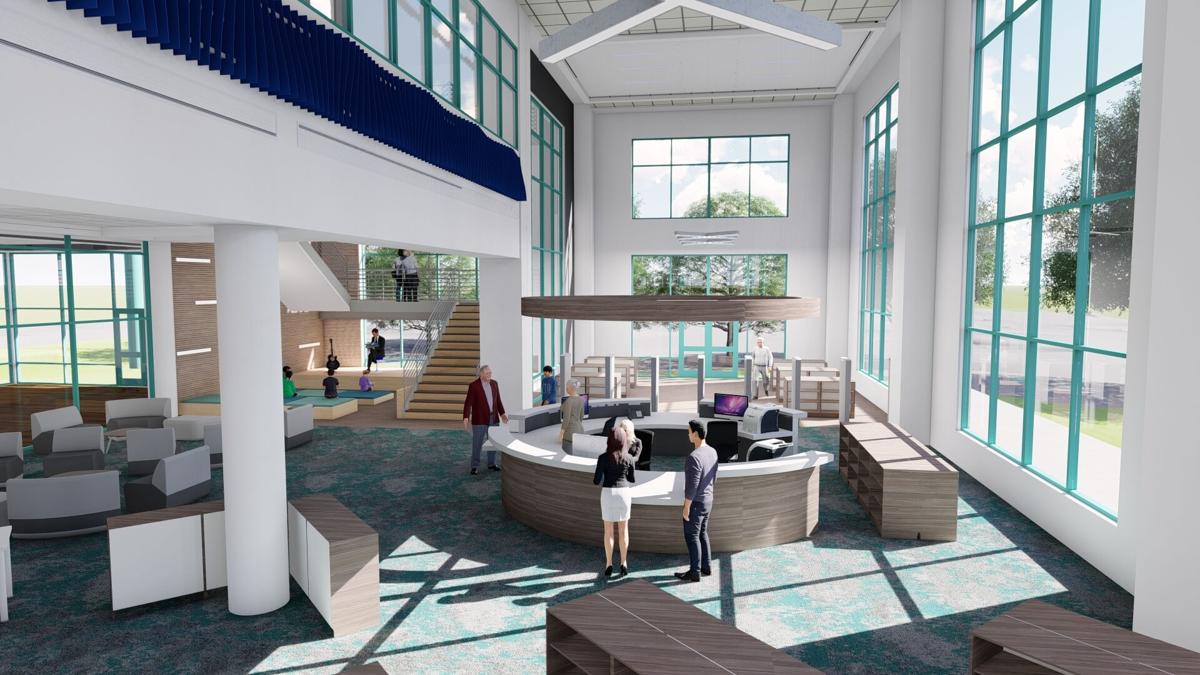 Renderings show what the Main Library will look like after renovations, which are expected to begin in October. Assistant City Manager Michael Delk said the project will turn the library into a much more open and active space. 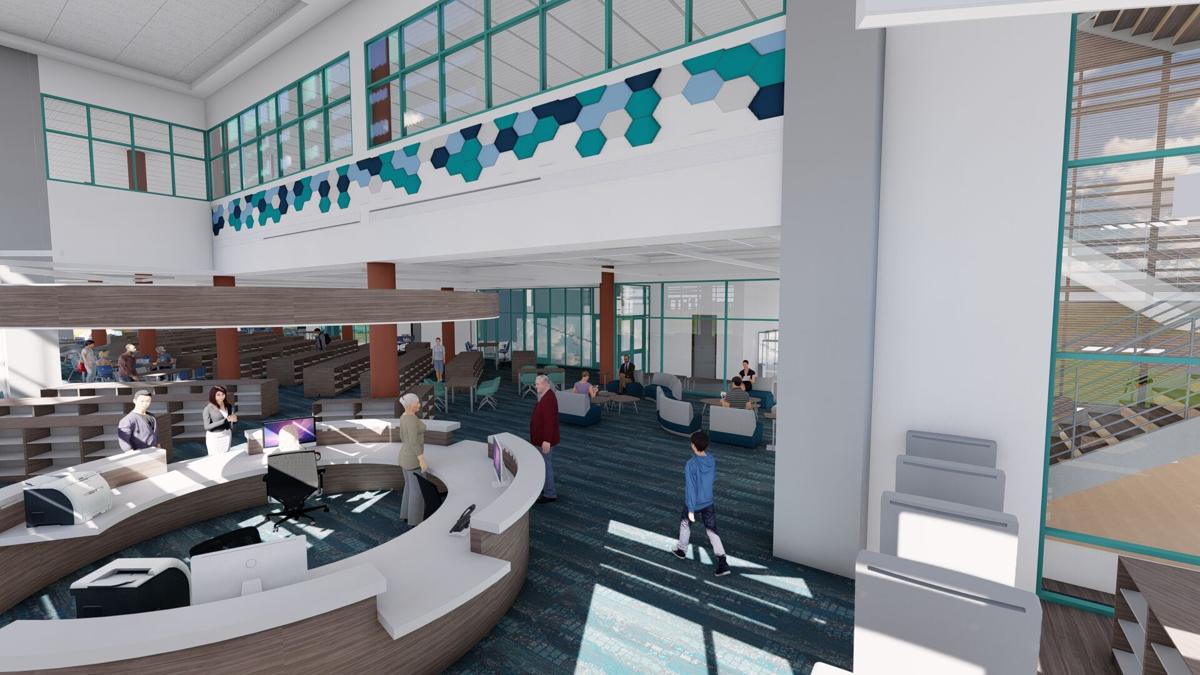 Renderings show what the Main Library will look like after renovations, which are expected to begin in October. 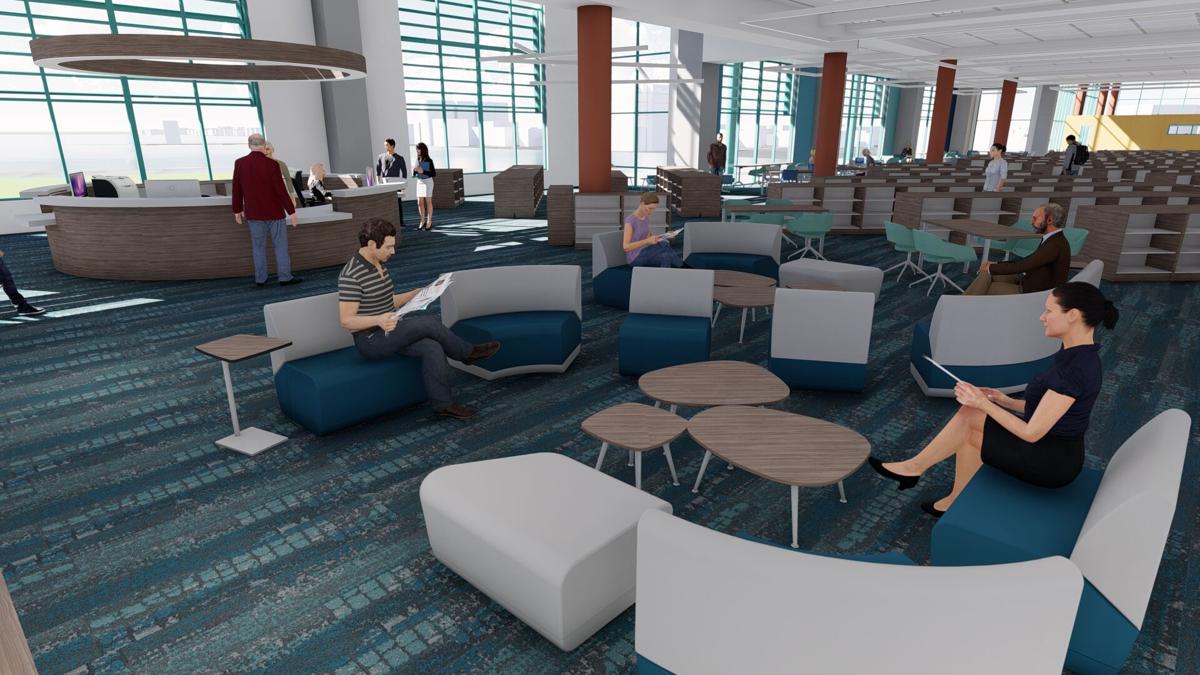 Renderings show what the Main Library will look like after renovations, which are expected to begin in October.

CLEARWATER — The long-discussed Imagine Clearwater redevelopment plan took a big step toward finally becoming a reality Sept. 3 when the City Council paved the way for something residents have been awaiting for years: construction.

Council members unanimously agreed to close the Main Library starting Sept. 26 so that the contractor can begin a renovation project that is expected to last for nine months.

“I’m anxious to see dust fly and get these projects underway and get them built,” said Assistant City Manager Michael Delk, who has been tasked with overseeing the $64 million plan to redevelop Coachman Park and the surrounding area.

The council had an option to keep the library open and cordon off construction work on the first floor with a temporary wall, but it would’ve added four months and $500,000 to the job.

“Her recommendation and feeling is that the time and money saved in this case will be well spent in order to move that project along on a faster timeline,” Delk told council members Sept. 1 during a work session. “And, of course, saving the dollars involved in that is beneficial to us as well.”

The decision means the work is expected to be finished by the summer instead of the fall of next year.

“I support it for two reasons,” Mayor Frank Hibbard said. “First of all, because it does shorten the amount of time that the library’s closed, but also for the cost-savings.”

Delk added the roughly 50 employees of the Main Library will be temporarily reassigned to the North Greenwood and Beach Library branches and the hours at those facilities will likely be increased.

He said the library is expected to close Sept. 26, and construction and demolition will follow about two weeks later.

“We’re going to be taking a lot of books out of the library and they’re going to be going away permanently so there’s going to be a lot of excess books that need to be relocated, stored and disposed of in some fashion or another,” he said.

When employees and patrons do return to the facility, the first- and second-floor renovations mean it will be a far cry from what it was, he said.

“It’s really to move the library into the next generation of technology and function and use,” he said.

He said libraries are no longer just repositories for books, pointing out the Main Library even rents out telescopes and power tools.

“Because the demand for hardshelf books is not what it used to be, there will be lower stacks and so the ground floor of the library, from a visual perspective, will be opened up,” he said. “So, you’ll walk into the library and you’ll see out those gorgeous windows to the west over the waterfront and what will now be an amphitheater.”

The rest of the library project includes moving the library entrance to the southwest corner to integrate with the Imagine Clearwater Bluff Walk; adding a staircase from the first to the third levels; relocating the gallery to a new enclosed space; and adding collaboration and meeting space and a small grab-and-go restaurant. City Council chambers will remain available for use throughout construction, Delk said.

In June, the City Council shaved $5 million off the top of the project by eliminating the extensive rooftop renovations.

Now, the estimated guaranteed maximum price to do the work stands at $5.9 million, he said.

The library isn’t the only part of the Imagine Clearwater plan that is forging ahead.

Work on Coachman Park is expected to commence at the end of September or early October when the contractor, Skanska, will work with Duke Energy to place utility lines in the park underground.

On Sept. 3, the council approved a proposal from the Tampa-based firm for a maximum price of $1.18 million.

Construction is expected to be completed in January, and use of the park for certain special events will be retained until late November, according to the city.

“Skanska will probably follow them (Duke) with their phase of the overall park construction probably by the first of the year,” he said.