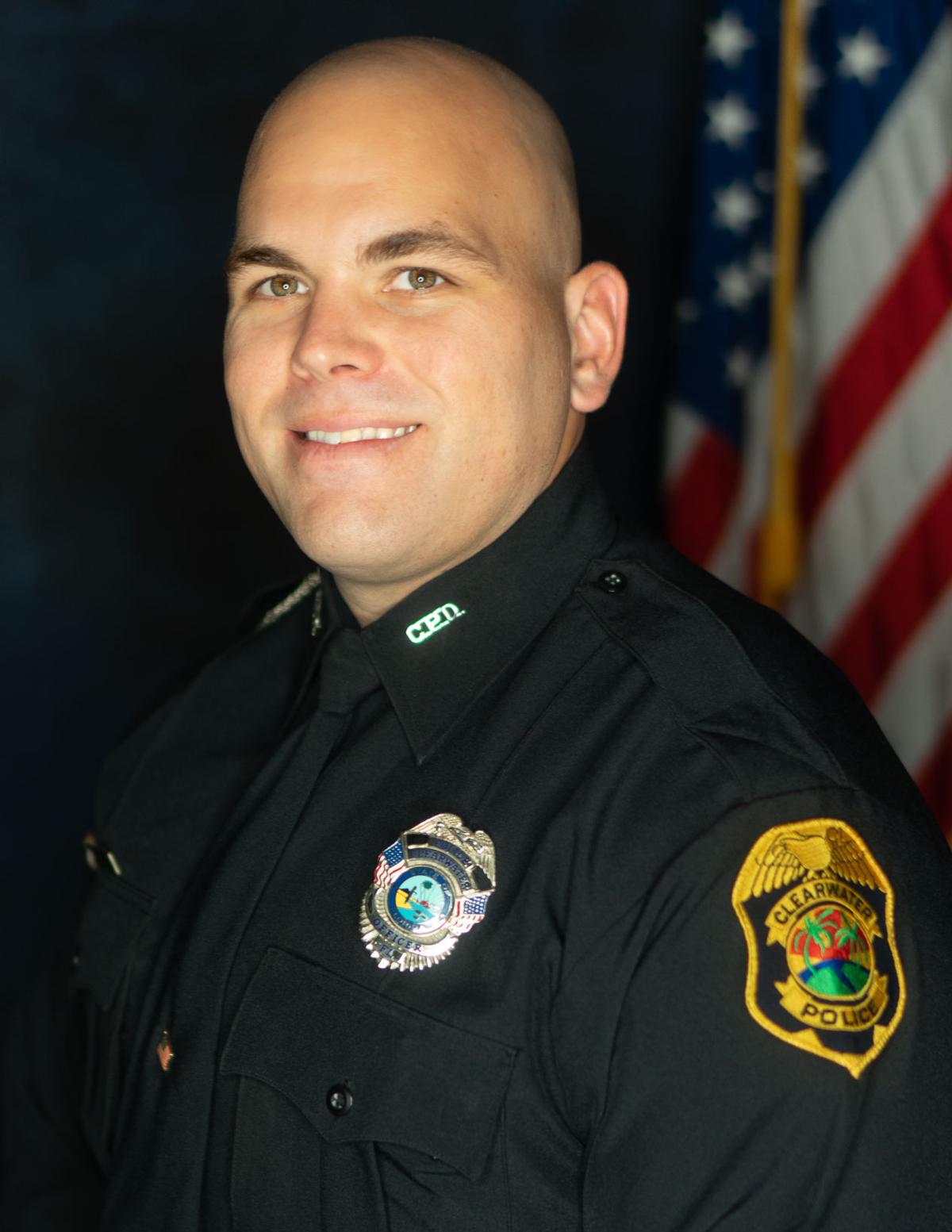 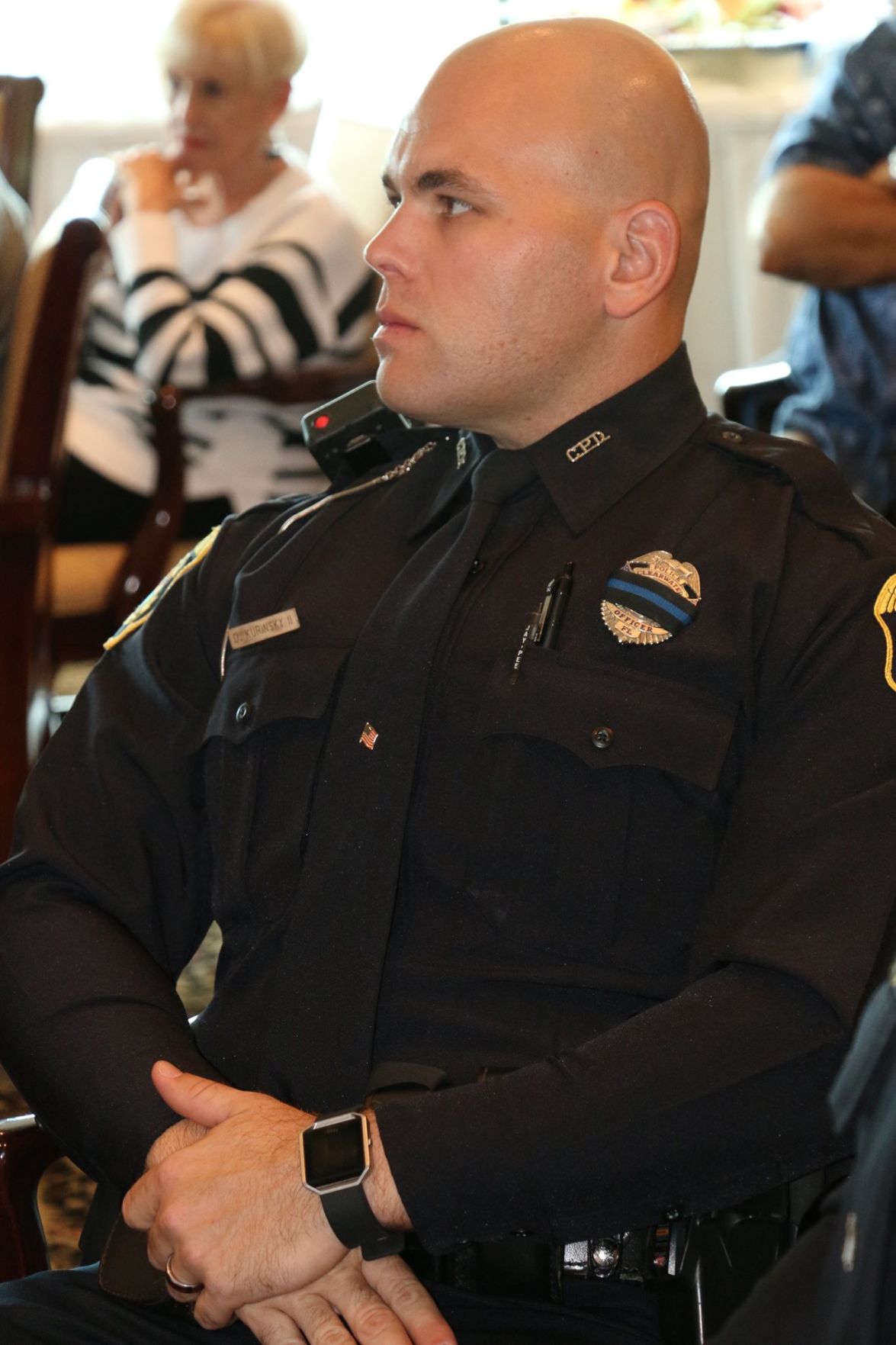 CLEARWATER — There are still people about in Pier 60 Park at 4:30 a.m. After all, it’s the spot where Florida State Road 60, which starts in Vero Beach, ends at the Gulf of Mexico.

It’s also where Clearwater Police Officer David Kurinsky, driving his cruiser through the area, spotted a black BMW sitting by itself in a parking lot. As he drove past, he saw a driver and front passenger reclined in their seats.

Believing them to be asleep — there is a city ordinance against “lodging in a vehicle” — the 31-year-old police officer ran the car’s tags. The response from the database put Kurinsky on full alert. The owner of the car, Tyrone McKinnon Jr., had several violent felony offenses and was on probation through June 2024 for armed robbery. Law enforcement also listed the 6-foot-2, 22-year-old as a “violent felony offender of special concern.” A court order was supposed to confine McKinnon to his residence as a condition of probation.

Clearwater Police Sgt. Benjamin Hailey and Officer Justin Hennis answered Kurinsky’s call for assistance. Kurinsky pulled his cruiser behind the BMW, his headlights and emergency lights on the car’s occupants. He approached the driver’s side as Hailey walked up to the BMW’s passenger side.

As Hailey spoke through the passenger window with the woman, identified as McKinnon’s girlfriend, Kurinsky saw McKinnon reach into the waistband of his pants.

Kurinsky’s actions in the crucial next seconds earned the young officer the department’s 2020 Outstanding Police Officer of the Year Award. The award, named after slain officer Joseph F. Cornelius, was presented to Kurinsky at the Clearwater Rotary Club’s Feb. 12 awards luncheon.

Clearwater Police Chief Daniel Slaughter, who described Kurinsky’s actions at the awards presentation, said the officer’s training may have prevented injury to officers and bystanders in Pier 60 Park in those predawn hours.

According to Slaughter, Kurinsky ordered McKinnon — who was still sitting in the driver’s seat — to stop reaching for his waistband and to raise his hands.

McKinnon then pulled from his waistband what Kurinsky quickly realized was a revolver.

As McKinnon pointed the handgun in Hailey’s “general direction,” Slaughter told the Rotarians, Kurinsky yelled out, alerting Hailey and other officers that McKinnon had a gun. McKinnon, also apparently rattled by Kurinsky’s yelling, fumbled the gun. The weapon — a Smith & Wesson .38 with five rounds in it — landed in McKinnon’s lap.

Kurinsky saw that, too, and as Hailey backed away, gun drawn in response to Kurinsky’s warning, Kurinsky pulled his gun and trained it on McKinnon.

According to the arrest affidavit, Kurinsky had to repeatedly yell for the suspect to place his hands on the ceiling of the BMW. The suspect finally complied with that command, so Kurinsky continued to yell commands to get McKinnon to exit the car. All the while, Kurinsky kept his focus on the gun in the seat, in case McKinnon reached for it.

Tense seconds, for sure.

The most important result of Kurinsky’s actions in those predawn hours of Sept. 29, Slaughter told the audience, was that “no innocent bystanders or officers were injured.”

Police face the razor-thin choice of whether to shoot only a few times in their career. That’s why police honor adherence to training and quick thinking when shots are not fired.

“During Kurinsky’s short time as a police officer with the Clearwater Police Department, he has already earned a reputation of being a proactive officer, who uses excellent officer safety skills and tactics, and shows great poise under stressful situations,” Slaughter said, as Mayor George N. Cretekos, city council members, and other top cops and Clearwater first responders applauded.

Dewey Williams, who served 33 years with Clearwater Police Department and retired as deputy police chief, is vice president of the Rotary Club of Clearwater. He described the history of the annual Joseph F. Cornelius Family Foundation’s top honor to the audience. This year’s award was the foundation’s 43rd.

Kurinsky: Keep your head on a swivel

Past recipients include an officer who wrestled a loaded gun from a suspect before he could shoot a fellow officer, and an officer who snuck up and pulled a gun on a suspect, causing him to drop his gun.

The Beacon asked Kurinsky if his heartrate increased during the encounter with McKinnon.

“I honestly couldn’t even tell you,” he said. “I can’t believe my blood pressure was slow by any stretch of the imagination.”

Like other Clearwater Police officers, Kurinsky’s 12 weeks of field training after academy includes performing felony stops and training to handle other stress-inducing situations.

“I don’t really remember much more than just making sure I told them that there was a gun,” he said. “Training took over to make sure his hands were where we could see them and there was nothing else in the car we had to be worried about. Thank God, in this instance, without anyone getting hurt.”

Does he have any advice for younger officers?

“Keep your head on a swivel,” he said.

His wife, Caitlyn, heard about the encounter much later in the day.

“I was happy he told me later when I got home,” she said, smiling. “I trust his instincts and what he knows on the job.”