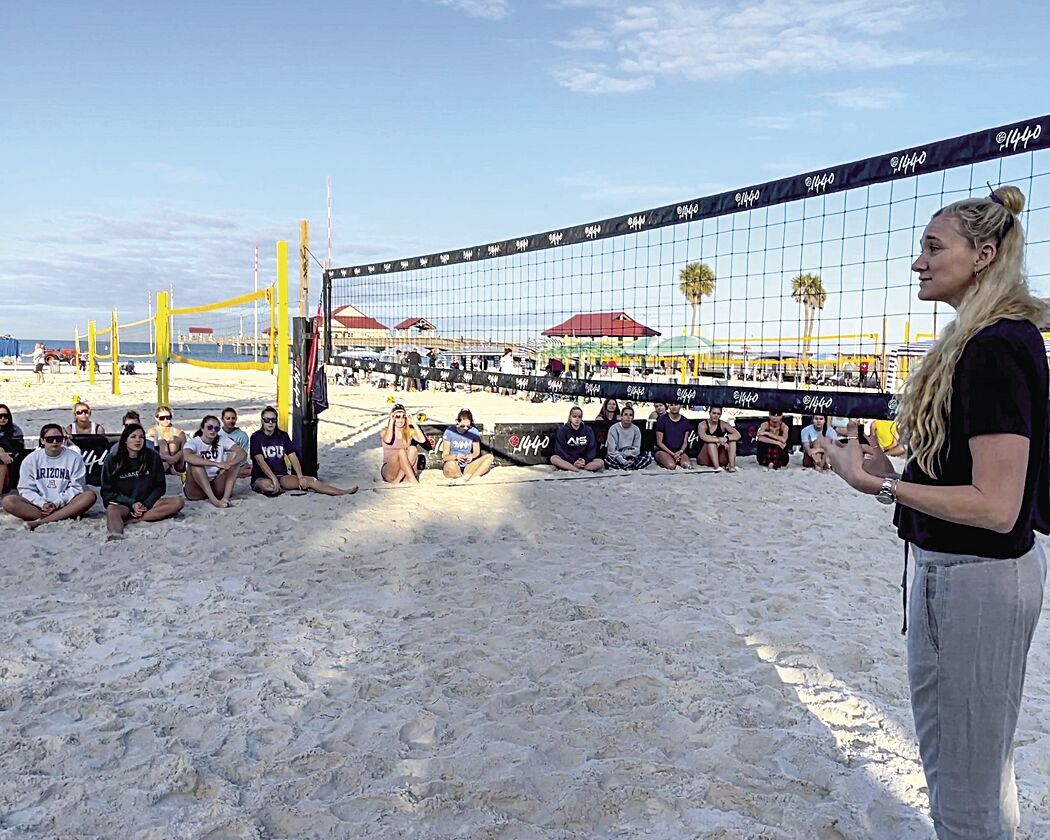 Five-time Olympian and three-time beach volleyball gold medalist Kerri Walsh Jennings speaks to a group of junior players from around the country who came to Clearwater Beach for the inaugural p1440 Futures Tour event on Dec. 28. 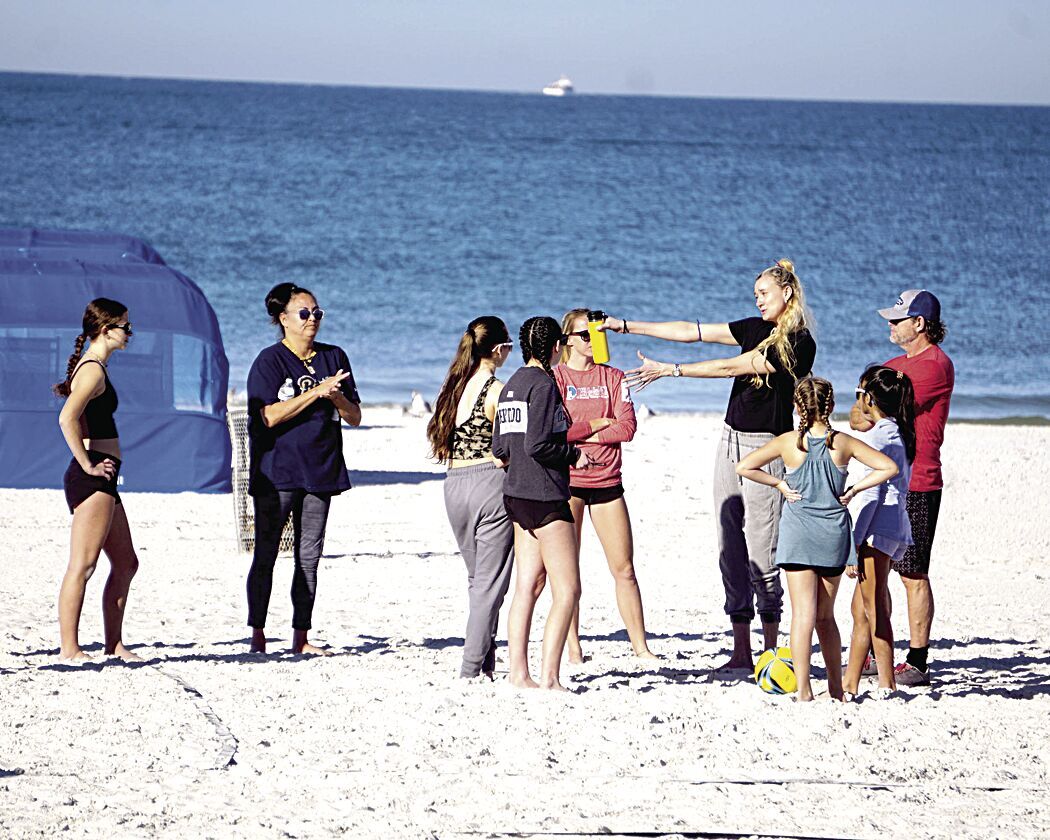 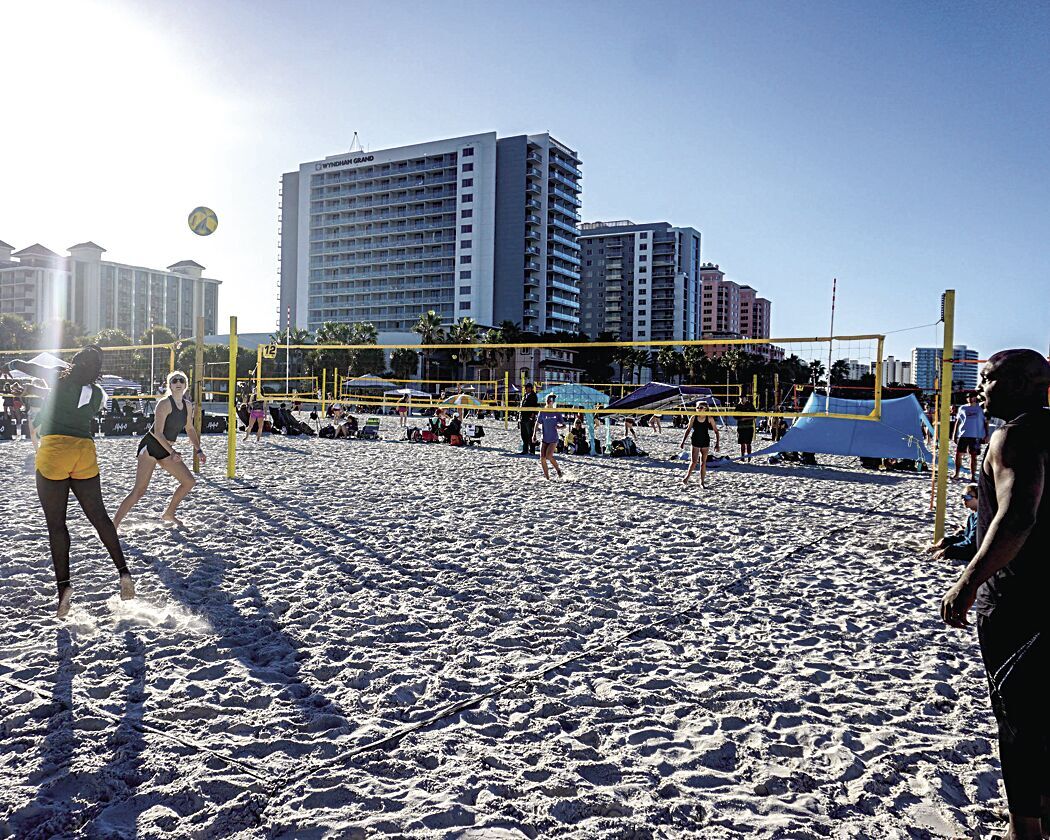 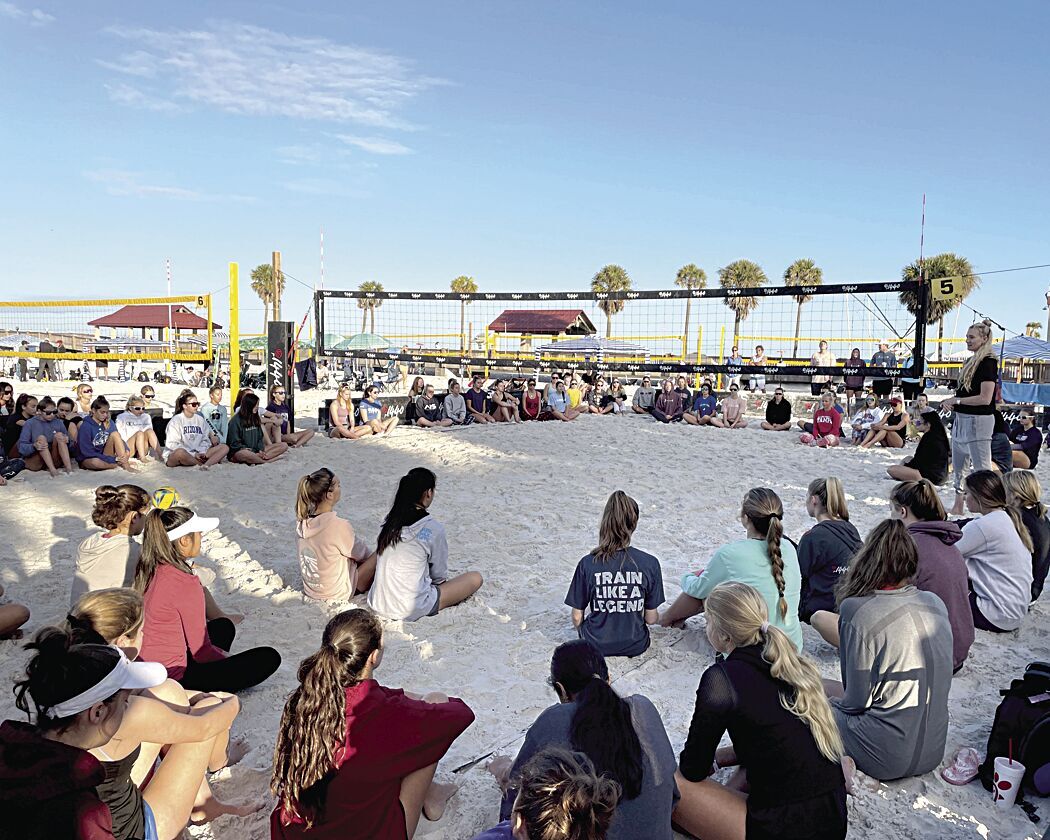 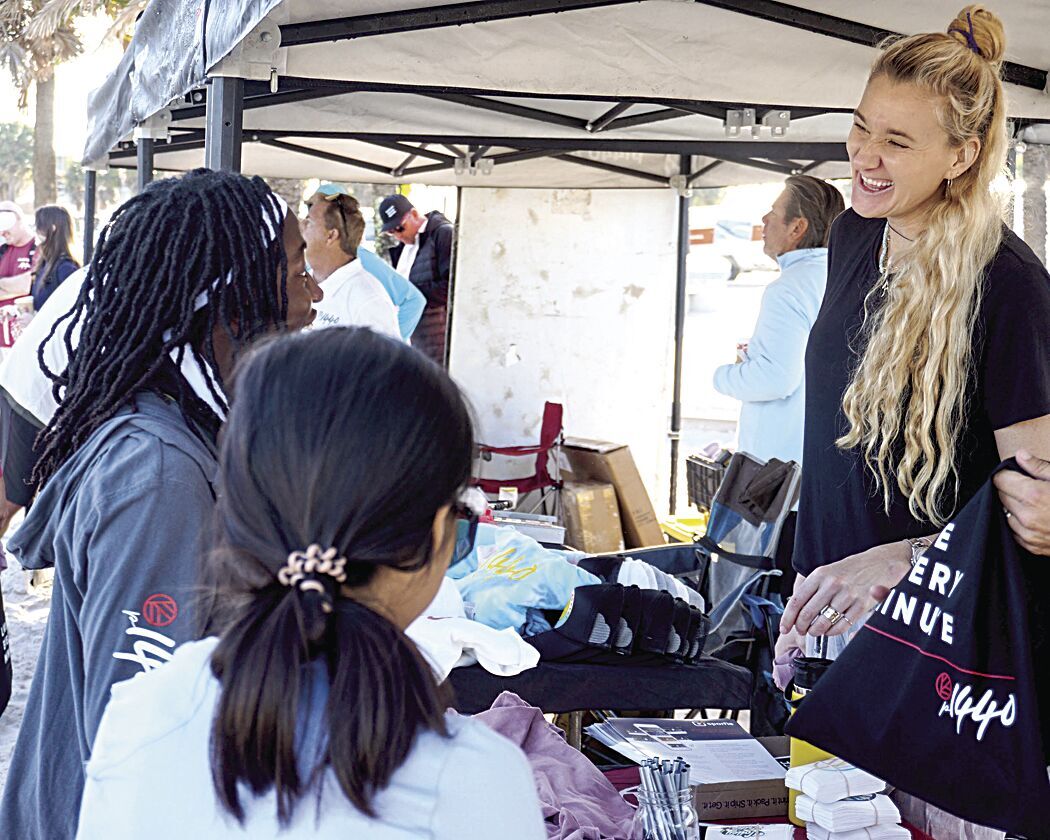 Five-time Olympian and three-time beach volleyball gold medalist Kerri Walsh Jennings speaks to a group of junior players from around the country who came to Clearwater Beach for the inaugural p1440 Futures Tour event on Dec. 28.

Walsh Jennings competed in five Olympic Games, winning three golds and a bronze with her longtime playing partner, Misty May Treanor, during their decade-plus run of dominance on the sand. She created the digital p1440 platform with her husband, pro beach volleyball great Casey Jennings, to provide young players with resources, including training programs, video tips and nationwide tournaments, to help grow their game as well as offer advice on how to succeed in life.

As more than 100 teams comprised of junior and collegiate players from around the country prepared to compete in the inaugural Futures Tour event, a series that features more than $100,000 in prize money, Walsh Jennings was busy doing everything from unloading gear to packing bags full of swag for the girls. But when p1440 Director of Volleyball Rob Long asked the players to gather around for a pre-match pep talk from their idol, the 6-foot-3-inch Walsh Jennings stood tall in the center of the court and thanked them all for coming while explaining the p1440 mission.

“We are very community-centric,” she said. “If you look around, everyone is here to make you better. We’re here to grow from, to learn from, to sharpen you and to have fun with you. So, hopefully this weekend is that for you guys because everyone at p1440 is stoked to be here with you guys.”

Known for her fiery demeanor on the sand, Walsh Jennings encouraged the girls to have fun during the tournament, even if having fun means getting angry. “The first thing is we’re here to have fun,” she said. “Like, this is serious stuff, we all want to win, there’s $110,000 in prize money at the end of this Futures Tours series, and that’s a big deal. But this is just a tournament and I just want you guys to have so much fun because I know from experience when you want something so bad, that can stifle you and that can stress you out. And who plays well when they’re stressed? I don’t! So, I want you guys to have fun today. Fun can be serious, fun can be ‘I’m gonna kick your butt.’ Fun can be all these things. But have fun! Never forget that.”

After the speech, Walsh Jennings went back to the merchandise tent to pack more backpacks, and she took a few minutes to speak about her new endeavor.

“1440 has been on a mission to really serve our community,” she said. “The demand for the junior market is incredible because there’s so much opportunity above juniors with collegiate and the pros. These girls are so hungry and so deserving and our sport is so massive but it’s so underserved. So, we’re here to change that.”

Walsh Jennings acknowledged it’s her deep love of the sport that compels her to do things like travel from her home in Lake Tahoe, Nevada, leaving her family a few days after Christmas to host a massive beach volleyball tournament in Florida.

“Everything that makes me do uncomfortable things without complaining is for the love!” she said with a wide smile, adding it was her first trip to Clearwater Beach in more than 20 years and her first time in warm weather in months. And while she said she’s fully committed to growing her p1440 platform, the most decorated beach volleyball Olympian of all time admitted she’s not yet ready to give up her quest to add to her medal collection.

“I’m figuring it out. It’s like a 90 percent yes and it has to be 100 (percent),” Walsh Jennings said of the chances of trying to qualify for the 2024 Summer Games. She added that not qualifying for the 2020 Olympics “really pissed me off!”

As she stepped back into her role of doing everything necessary to help keep the event moving smoothly, a parent of one player said he was grateful for everything Walsh Jennings is doing to help grow the sport.

“It’s extremely important because people need to understand that girls need to pursue educational and professional goals just as much as boys do,” said Knoxville, Tennessee, resident Cary Langham as he watched his 15-year-old daughter, Landyn, prepare for her first match. “What Kerri is doing with p1440 is a great way to do that and to provide those opportunities that aren’t always there.”