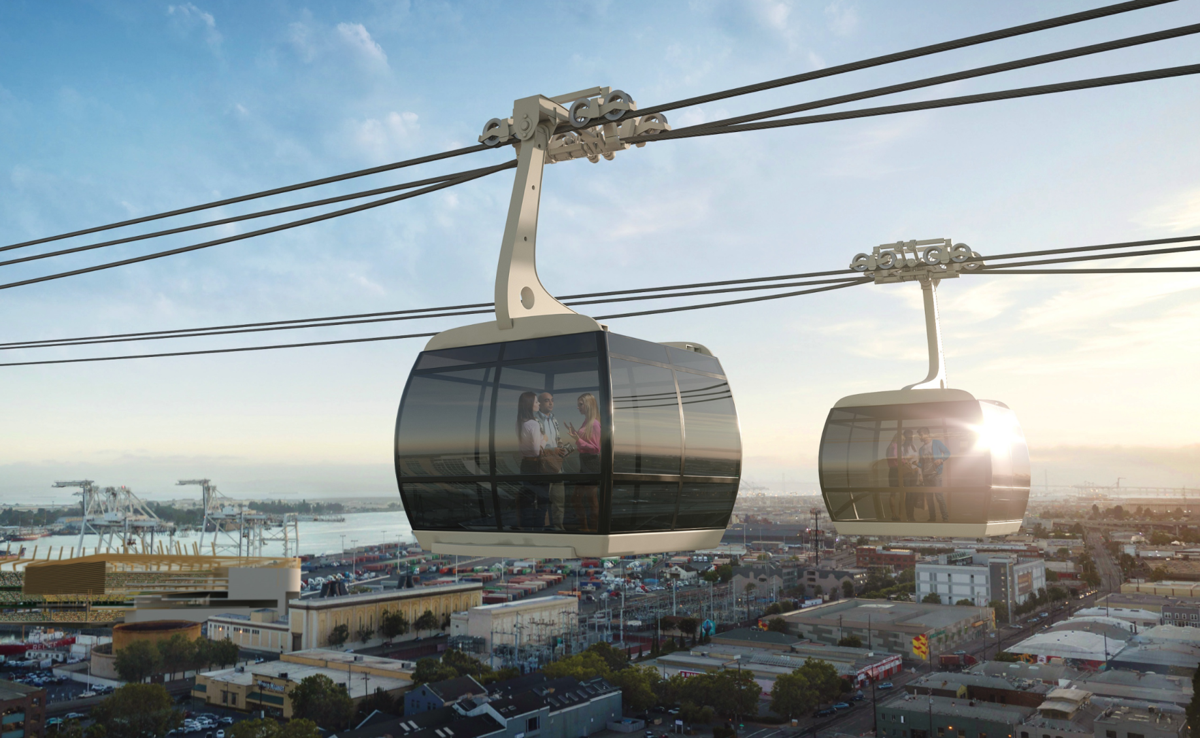 Would a gondola system connecting downtown to Clearwater Beach help alleviate parking and traffic problems? The Tampa Bay Area Regional Transit Authority aims to find out after the City Council on Nov. 5 gave the agency the green light to include the route as part of a regional study it will fund. 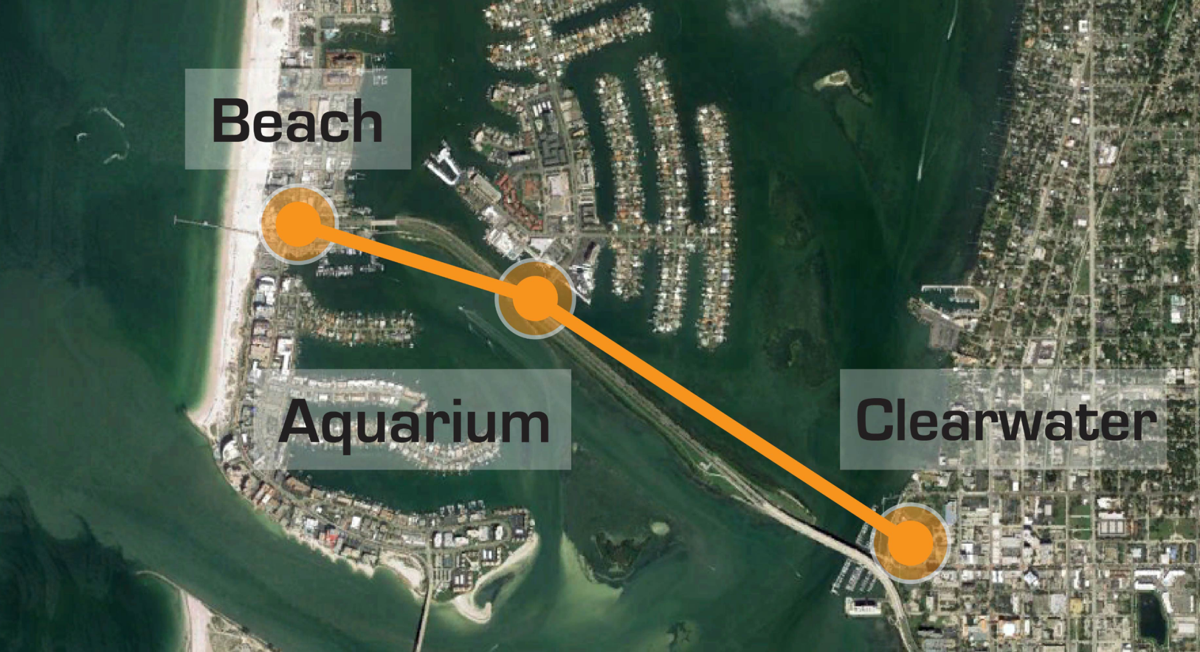 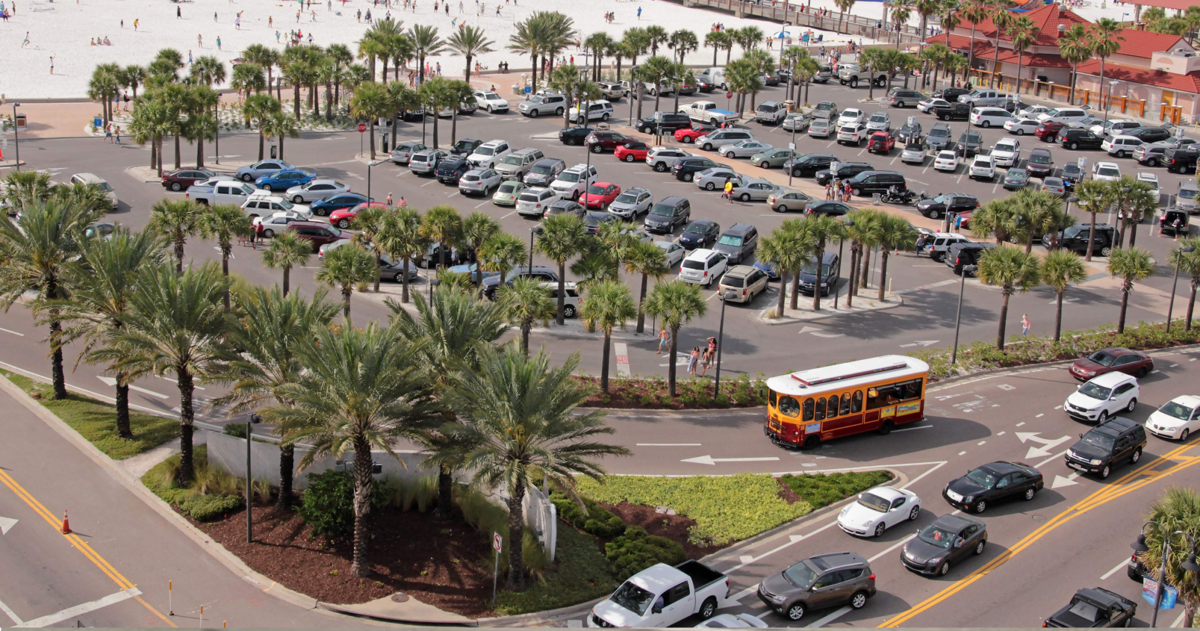 Would a gondola system connecting downtown to Clearwater Beach help alleviate parking and traffic problems? The Tampa Bay Area Regional Transit Authority aims to find out after the City Council on Nov. 5 gave the agency the green light to include the route as part of a regional study it will fund.

The Tampa Bay Area Regional Transit Authority aims to find out after the City Council on Nov. 5 gave the agency the green light to include the route as part of a regional study it will fund.

Brian Pessaro, principal planner at TBARTA, which focuses on regional transit in the Tampa Bay area, said the study would examine several issues, such as estimated capital operating and maintenance costs, projected ridership, and impacts on traffic and other modes of transit like the Jolley Trolley or ferry.

“It would look at different route alignments, finance options, and obviously there would be a public involvement component to it,” he said.

The best part for the city, however, is that the study won’t cost Clearwater taxpayers anything because the state funded the project last year.

“The Legislature has been getting inquiries about some of these innovative technologies, like hyperloop, air taxis, and aerial gondolas, and they wanted someone in the state to study them,” Pessaro said. “They gave the task to TBARTA and they gave us a million dollars to go do it.”

In July, the agency completed a $221,000 feasibility study of those three modes that examined the state of technology, regulatory environment, and geographic connections, he said.

With the remaining $779,000, TBARTA plans to study what routes are viable.

Pessaro said the city of St. Petersburg is interested in studying a connection between the pier and Tropicana Field, but it was unclear whether Clearwater wanted to revisit the idea of an aerial transit system that had been discussed about four years ago.

The council did sign off on the yearlong study, but not without expressing some skepticism and concerns.

For instance, Council member Hoyt Hamilton said he was unsure a gondola would be practical on days when traffic wasn’t a problem.

“On those days, this is more of an attraction than it is a real transit answer,” he said. “So, then my question becomes, who’s paying the freight on it? What is the cost of operation and it is going to take taxpayer money to fund it when it doesn’t have the ridership?”

Mayor Frank Hibbard said all mass transit systems require a public subsidy, but he didn’t want to pursue a report that would just be placed on a shelf.

“I don’t want to just take the money for the study just because the money’s there if we don’t have a reasonable intent to follow through,” Mayor Frank Hibbard said, adding the funds could be used elsewhere.

He was also concerned about the possibility of too many people flooding the beach.

“If we do have another way to get people over to Clearwater Beach, there will become a point where we are saturated and you will ruin the experience of being over at the beach because we have added capacity,” he said, noting parking and the Causeway limit the amount of people who can access the beach.

Whit Blanton, executive director of Forward Pinellas, the county’s transportation and planning agency, said there were other benefits to a gondola system because it could be a catalyst for development and proponents say it’s easily expandable.

“So, if it’s a successful starter segment to and from downtown to the beach, there are potential options for it continuing, whether it’s Dunedin or east,” said Blanton, whose agency will be teaming up with TBARTA to create a scope of the study.

“I was thinking it would be beneficial to get people from the beach to come to Imagine Clearwater once it’s done,” said Bunker, whose comment was met with approval from Hibbard.

Pessaro said the study doesn’t commit the city to anything and that is expected to be put out to bid by the beginning of 2021.

Even if the results appear favorable, Hibbard said it might still be a tough sell on some residents.

“There won’t be a unanimous support for anything, including world peace,” he joked.