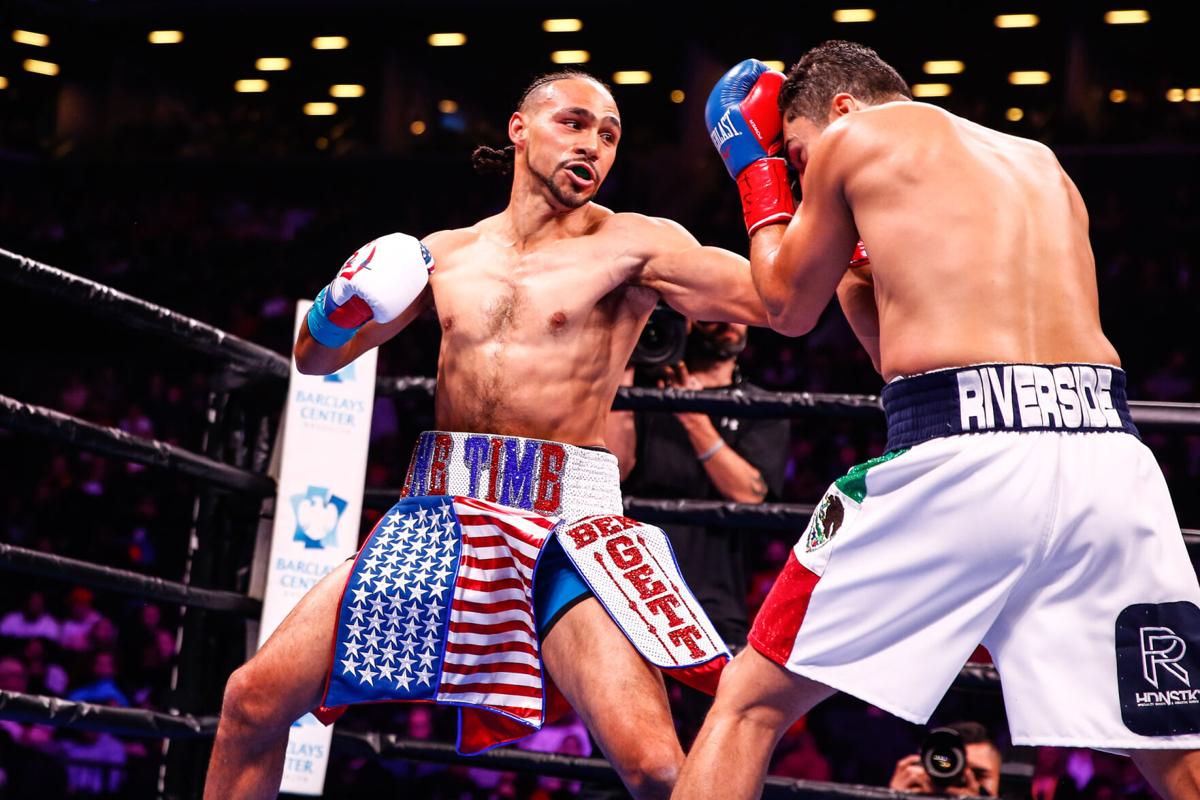 Keith Thurman, a Clearwater native, defended his WBA world welterweight championship, beating Josesito Lopez (36-8, 19 KOs) by majority decision in January 2019. Thurman's last bout was in July 2019, which resulted in the only loss of his career, a split decision defeat to Manny Pacquiao for the WBA Super Welterweight belt. After a long layoff, Thurman is eager to get back in the ring, taking on Mario Barrios in Las Vegas on Feb. 5. 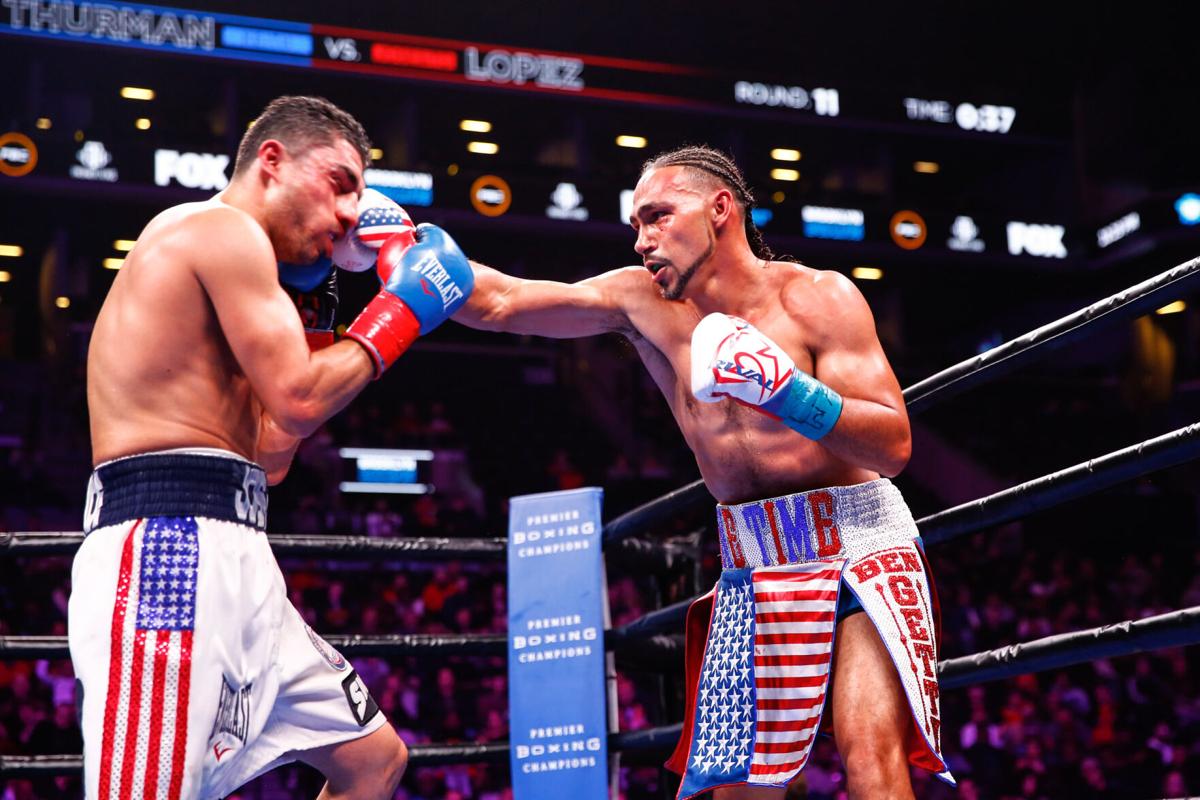 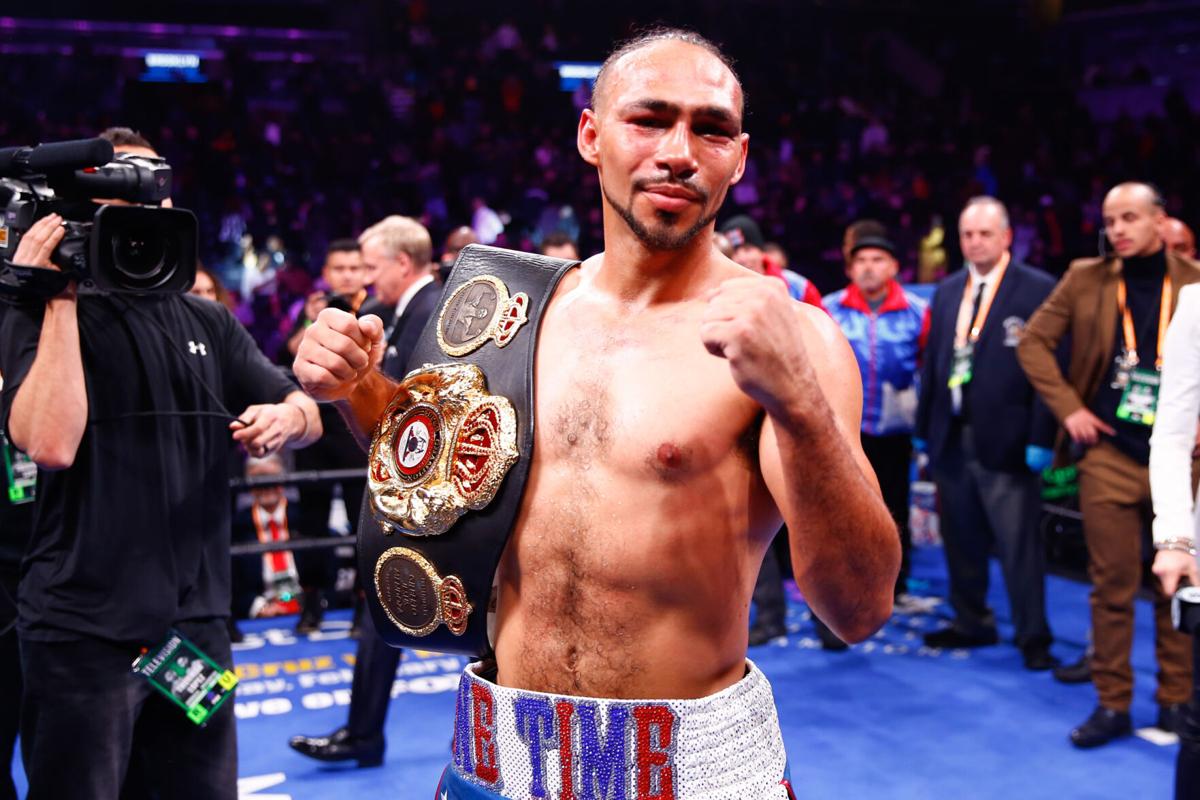 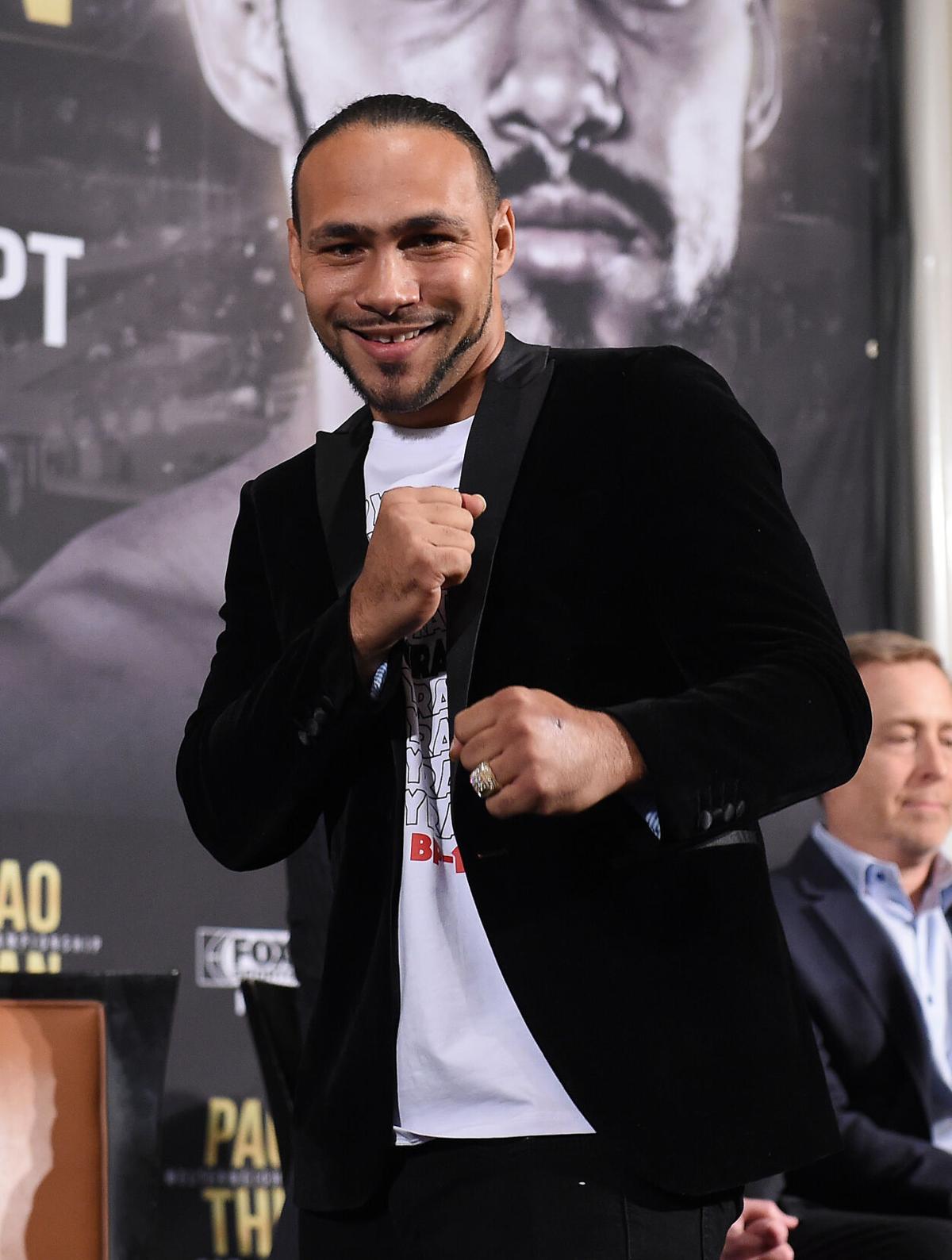 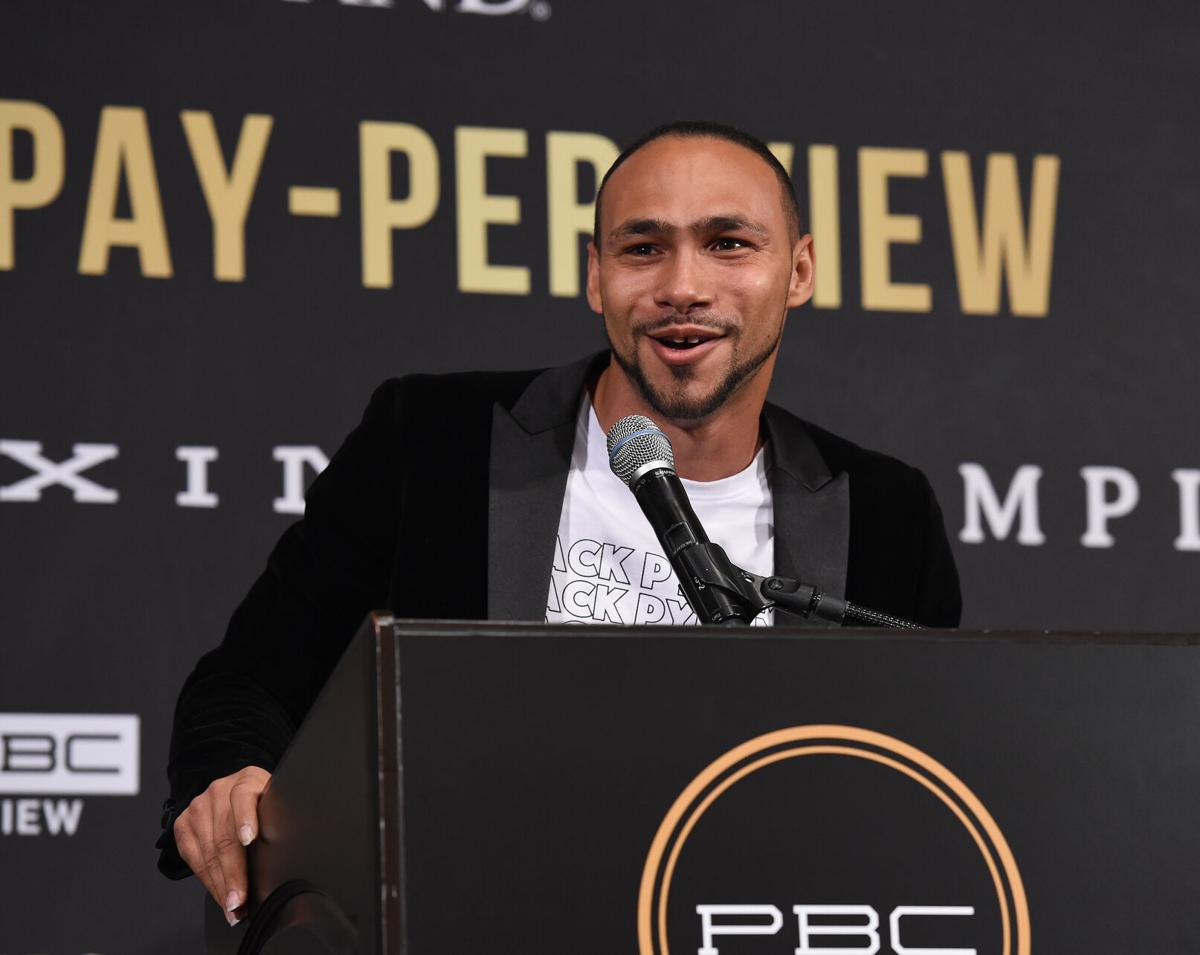 Keith Thurman, a Clearwater native, defended his WBA world welterweight championship, beating Josesito Lopez (36-8, 19 KOs) by majority decision in January 2019. Thurman's last bout was in July 2019, which resulted in the only loss of his career, a split decision defeat to Manny Pacquiao for the WBA Super Welterweight belt. After a long layoff, Thurman is eager to get back in the ring, taking on Mario Barrios in Las Vegas on Feb. 5.

It's been nearly 2½ long years since Keith Thurman's last visit into a boxing ring. The former welterweight (and super welterweight) world champion, who grew up in Clearwater and now lives in St. Petersburg, can't wait to step back into the ring when he faces Mario Barrios in Las Vegas on Feb. 5.

"This has been the longest layoff of my career," the 33-year-old Thurman said. "I am very excited and happy to be returning!"

Thurman's last bout was on July 20, 2019, which resulted in the only loss of his career, a narrow split decision defeat to Manny Pacquiao for the WBA Super Welterweight belt. Since then, Thurman had been hampered by elbow and hand injuries, and then the pandemic threw a total monkey wrench into the mix.

"In the thick of COVID I had no interest in fighting without fans (in the stands)," he said.

As it got closer to scheduling a potential fight, Thurman got COVID himself not long after attending Pacquiao's last bout in August where he mingled with fans, took photos and well, perhaps, wasn't careful enough, he says.

He's having fun now, though, getting ready for Barrios in what will be a Fox Sports PPV event. Moving up in weight, Barrios, a natural lightweight with only one loss, offers Thurman a formidable foe in his return to the ring.

"A lot of names were being thrown around as to who I would fight next," said Thurman, whose overall record is 29-1, and whose nickname "One Time" reflects his knockout power (22 KOs). "Barrios makes for a great fight. You've got two former champions come off of losses (Barrios lost in June by knockout). He's lanky with a reach advantage. He likes to trade hooks. But will he be willing to engage with me? Can he trade with a power puncher like me? I'll do what I always do and put on a great show. I've got the power so hopefully I'll make a short night of it."

The biggest challenge Thurman has faced since getting back into full-throttle training is managing his weight. Welterweights are limited at 147. During the months of inactivity, he got up to 170, although he's been able to bring that down, but with more work to do.

"In the gym I've had to shake off a lack of momentum," said Thurman, who trains at the St. Pete Boxing Club where he is doing just that. "From now on I know I've got to maintain a healthier status and diet. I can't do the yo-yo (weight) thing all the time. I'm not 26 anymore when it's easier to manage your weight."

Meantime, it's been a long while since the Pacquiao loss. While some fighters would drive themselves nuts over losing by such a slim margin, Thurman doesn't get too caught up in what could have been.

"If I had thrown maybe 15 more punches I might have won," he said analytically. "One point either way and I win. If I hadn't gotten knocked down in the first round ... The judges scored it. It was so close I don't see it as a loss. I feel like I am still undefeated."

Although he now lives in St. Petersburg, Thurman is proud to say that he was born and raised in Clearwater and visits whenever he can.

There is no beach at the Michelob ULTRA Arena at Mandalay Bay in Las Vegas. On Feb. 5, though, the beach will be the furthest thing from Thurman's mind when he steps into the ring.