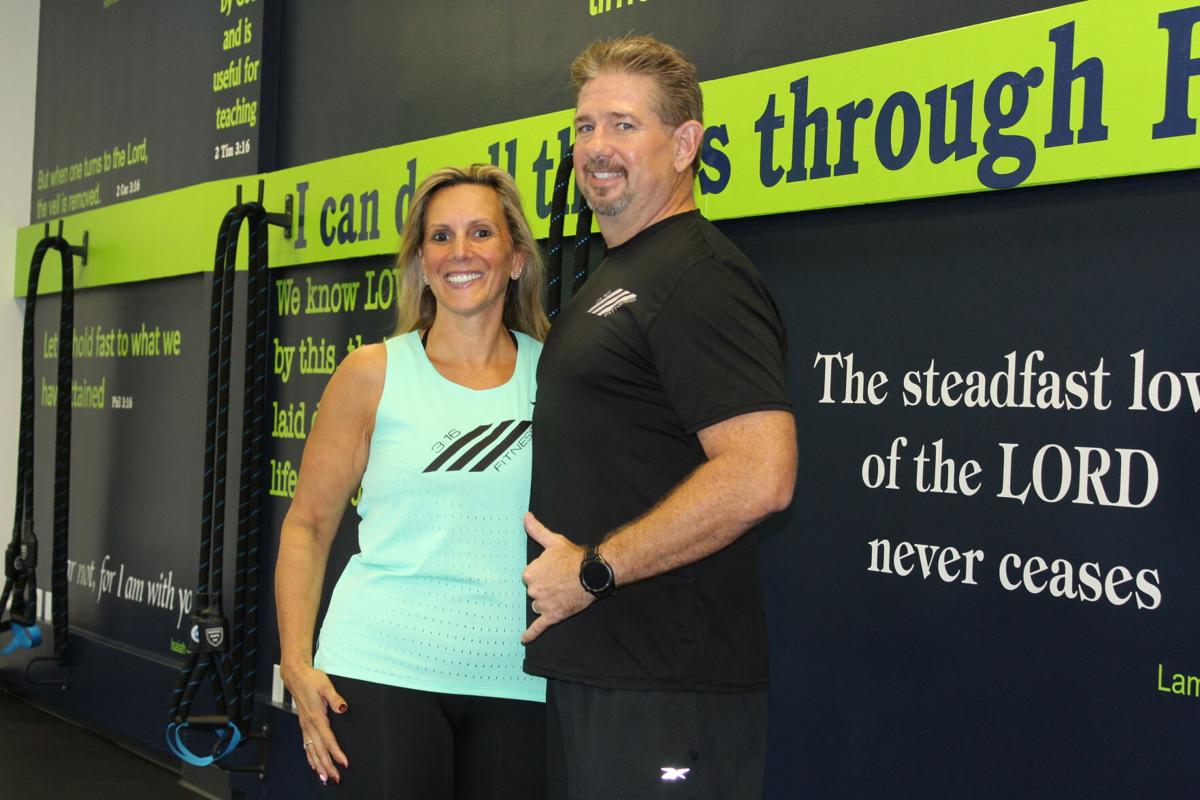 Husband and wife team Terry and Maresol Wehner say their new faith-based gym, 3:16Fitness, can nourish the body and soul of its members. 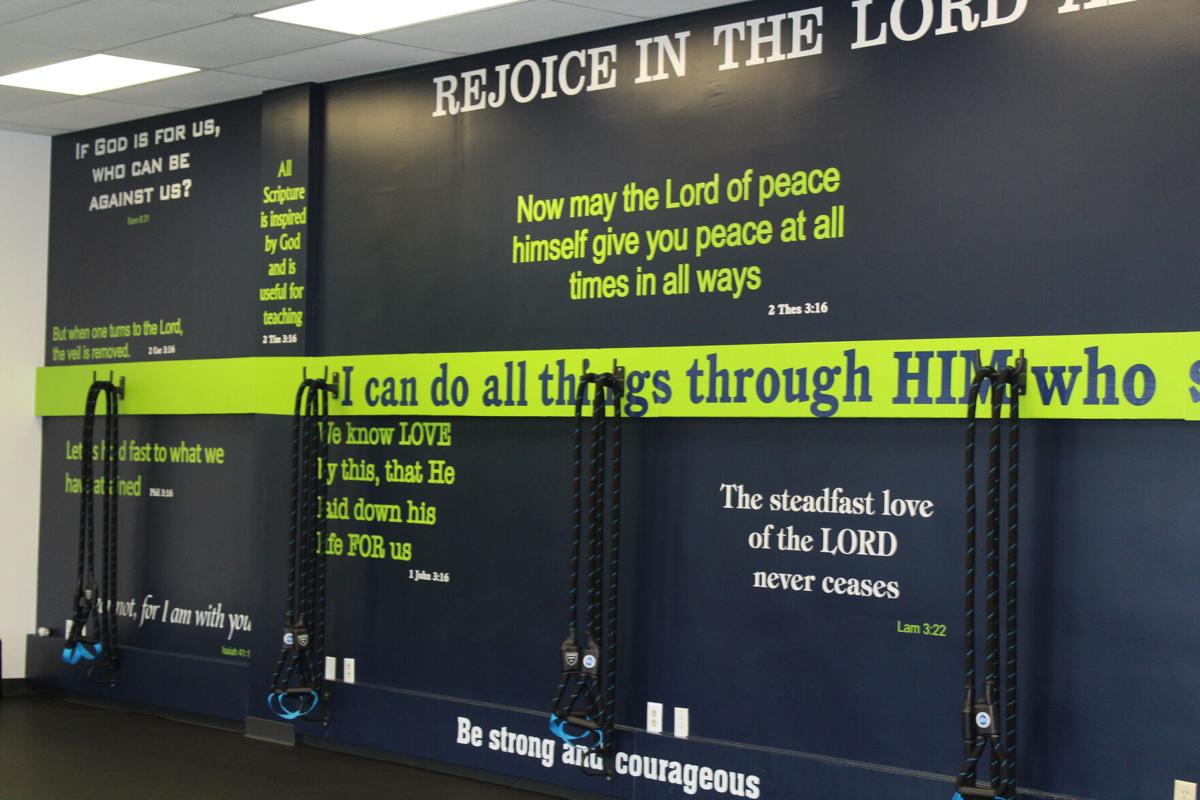 Biblical quotes and inspiring messages adorn the walls at 3:16Fitness in Clearwater. 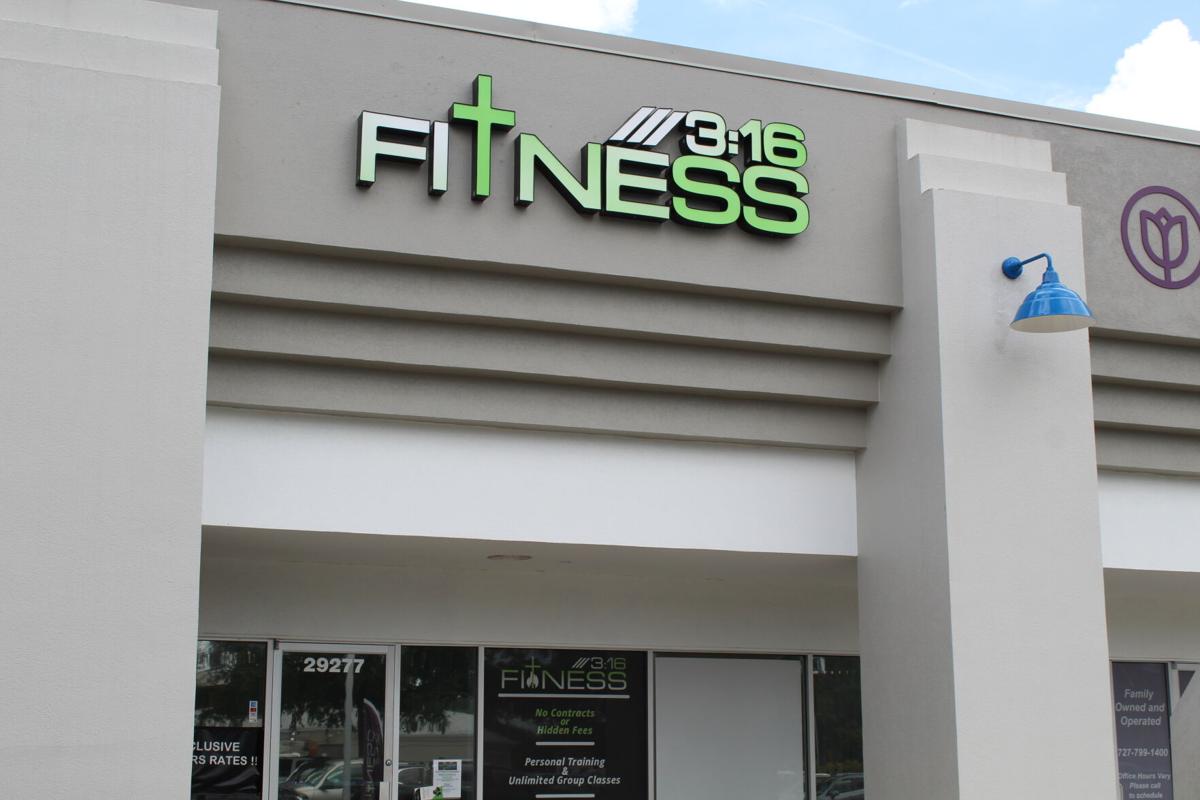 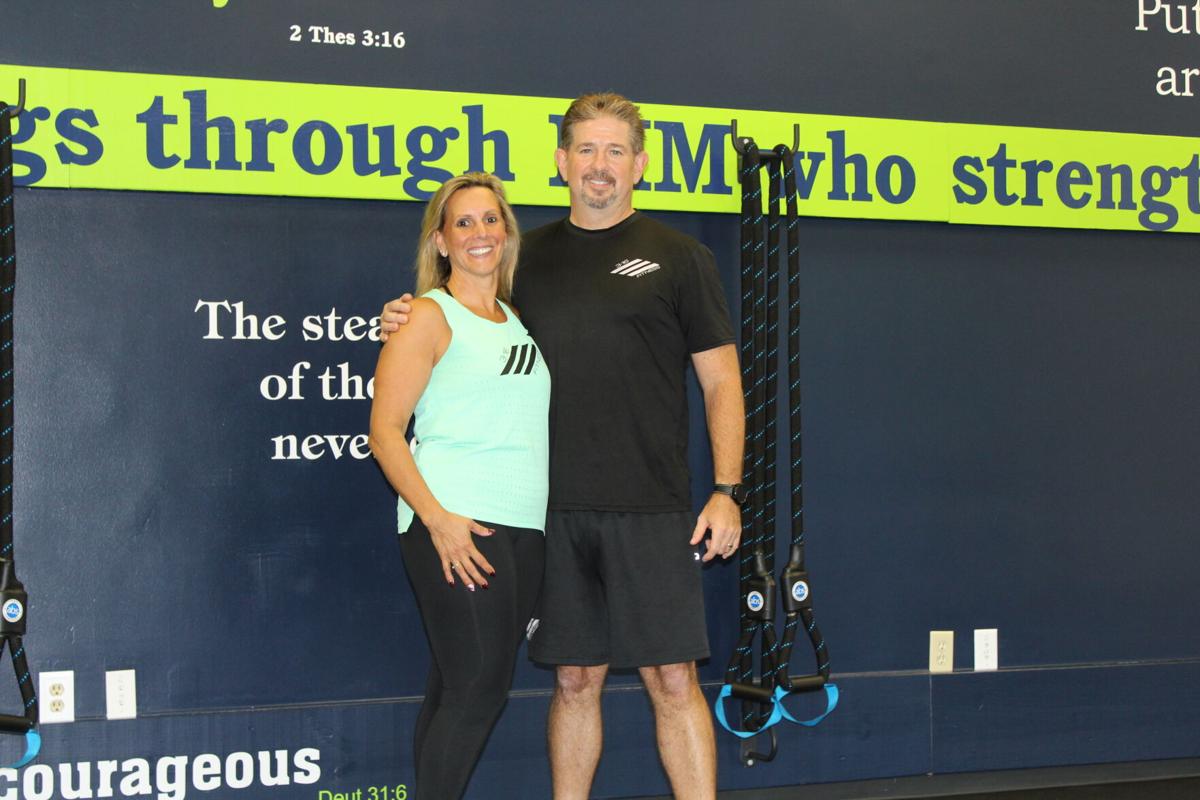 Husband and wife team Terry and Maresol Wehner say their new faith-based gym, 3:16Fitness, can nourish the body and soul of its members.

Biblical quotes and inspiring messages adorn the walls at 3:16Fitness in Clearwater.

CLEARWATER — There’s no separation of fitness and faith at 3:16Fitness, a newly opened fitness gym at the Olive Garden Plaza off U.S. Highway 19 that, according to its owners, is “Christ centered and sweat driven.”

Husband and wife team Terry and Maresol Wehner, who toyed with the idea of opening a faith-based gym for a while, finally made their workout facility a reality this year when a Clearwater rental space opened up in December.

The Wehners say they are guided by their faith to provide an uplifting, positive, challenging environment to help their club members achieve their health and fitness goals.

And while the fitness club name is derived from a biblical verse, the facility is open to everyone.

“They don’t have to be Christians,” said Terry Wehner. “We just lead by our faith. We don’t push it on anybody, we don’t require anybody to take part in anything that we are doing, which really is just training.”

“We truly do enjoy the fact that the word of God surrounds our members while they’re here,” Terry added. “The members don’t have to be Christians — they can come from any faith or non-faith whatsoever.”

The fitness center’s name is drawn from John 3:16, the most widely quoted verses from the Bible.

In the King James version of the Bible, the verse reads: “For God so loved the world, that He gave His only begotten Son, that whosoever believeth in Him should not perish, but have everlasting life.”

In tune on a personal level

“We talk to each member about goals, so we can feed positivity into them that they can use throughout their day,” Maresol said. “We want to take care of everything about them — their day-to-day fitness stuff, to their nutrition and their health.”

The goal: To entrench themselves into their member’s lives, Terry said.

“Not in an interfering way,” Terry said. “We find out what they are personally going through. We have a prayer board for people to write on if they are struggling with health, or their finances or are looking for a job.”

3:16Fitness connection to Christian faith is literally part of gym, with an assortment of biblical verses etched on the main wall.

The fitness center also features a “prayer board” where members can submit their own wishes or spiritual goals.

“Our greatest blessing is giving members the chance to place a problem of theirs on the prayer board,” Terry said. “They feel that their gym contributed to their lives.”

Maresol even keeps tabs on club member attendance, and has re-arranged the center’s fitness schedule to accommodate members unable to make a class.

“We are so in tune with their lives on a personal level, because it actually affects their health,” Terry said.

Launched in the midst of the pandemic, the 3:16Fitness owners personally work with members who are cash strapped, or have reservations about joining a gym.

“Our big thing as being both owners and operators of the gym is meeting people where they’re at,” Maresol said. “I tell members that I don’t want it to be a choice between your house and your car payment and your groceries.”

Every fitness center member is not Christian, nor are they required to be.

“What we want to do is just make it so comfortable for people,” Maresol said. “We do Christian affirmations at the end, and we talk about how to set goals.”

The fitness center’s Christian spirituality, says Maresol, serves as a means to inspire gym members to commit to and achieve personal fitness goals.

“It just about lifting everybody up, and making these people feel good,” Maresol said. “That’s what we want to do.”

But why choose verse 3:16 as the cornerstone to a health/fitness center?

“A lot of (well known) scripture comes from 3:16,” Terry said. “A lot of it just seemed to fit to what we’re doing here, and what a fitness facility is trying to do.”

“Here it is, just surrounding them on the wall with whatever that they’re doing,” Terry said. “Whether it is subliminal or intentional, that while they are here, they are reading scripture, and they don’t know it sometimes. It helps to incorporate what we’re doing here.”

“I’m just happy to feed the whole room with positive stuff,” Maresol said. “The more positive of a feel that you can feed in.”

A 3:16Fitness gym class typically is made up of members 50 or more years old and have not been in a gym in a few years, or ever at all, Maresol said.

A 3:16Fitness basic membership costs $69 per month with no mandatory contract to sign. The center runs classes six days a week.

Faith aside, there’s no doubt about that this is also a very serious fitness gym. It offers interval training classes in both HIIT and Bootcamp format, and also uses a variety of equipment including TRX, dumbbells, steps, kettlebells, slam balls and body weight exercises.

Weekly classes include circuit training and HIIT, strength building, Tabata and AMRAPs (as many reps as possible).

3:16Fitness so far is averaging 8 to 12 new membership signups per month, with many coming from existing member referrals, Maresol said.

“Most of our new members are coming by word-of-mouth,” Maresol said. “We’ve worked really close with the Palm Harbor Chamber of Commerce, networking and meeting other businesses.”

The aim of 3:16Fitness, according to the Wehners, is provide a health and physical fitness alternative to gym chains aimed at younger clientele, while also providing a spiritual-fitness advisor.

“We want to meet people where they’re at,” Maresol said. “We want to be part of their life, not just the 4 percent of their day that they’re here working out. We want people to love coming here, love being part of this community.”

“I really think that once people come in here, they get it,” Maresol said.