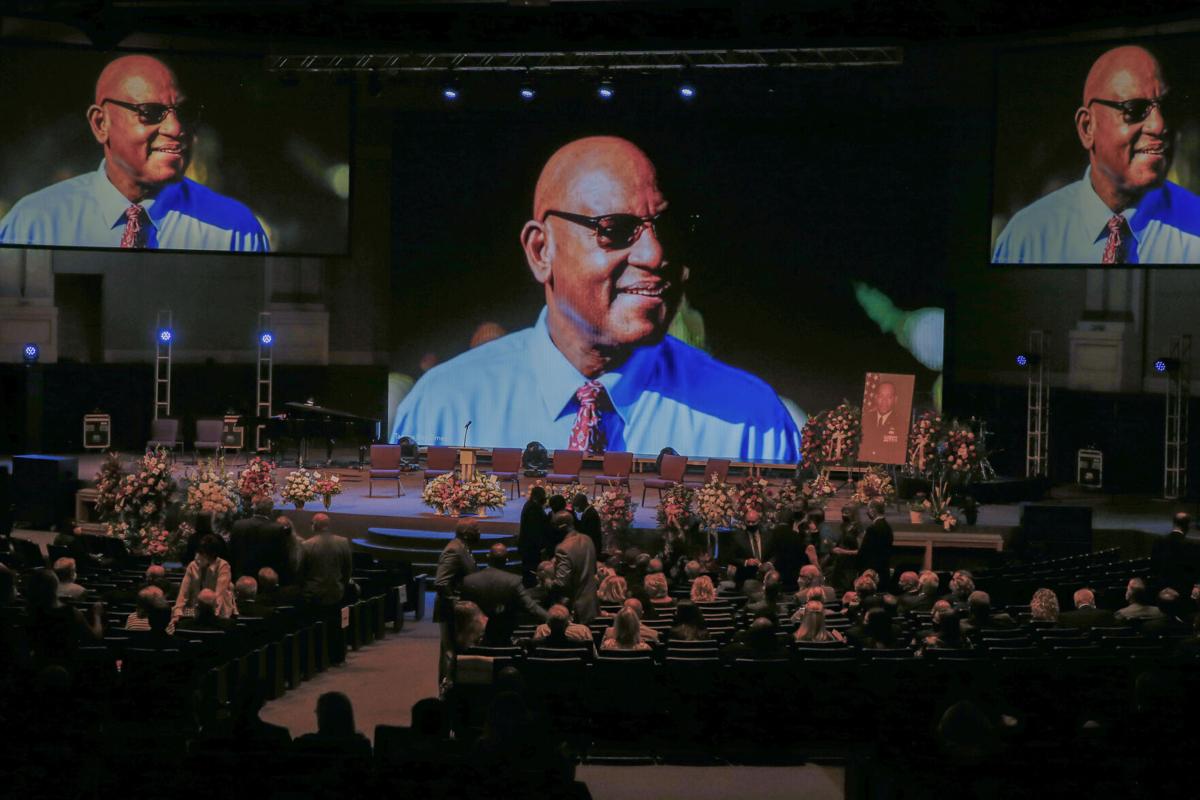 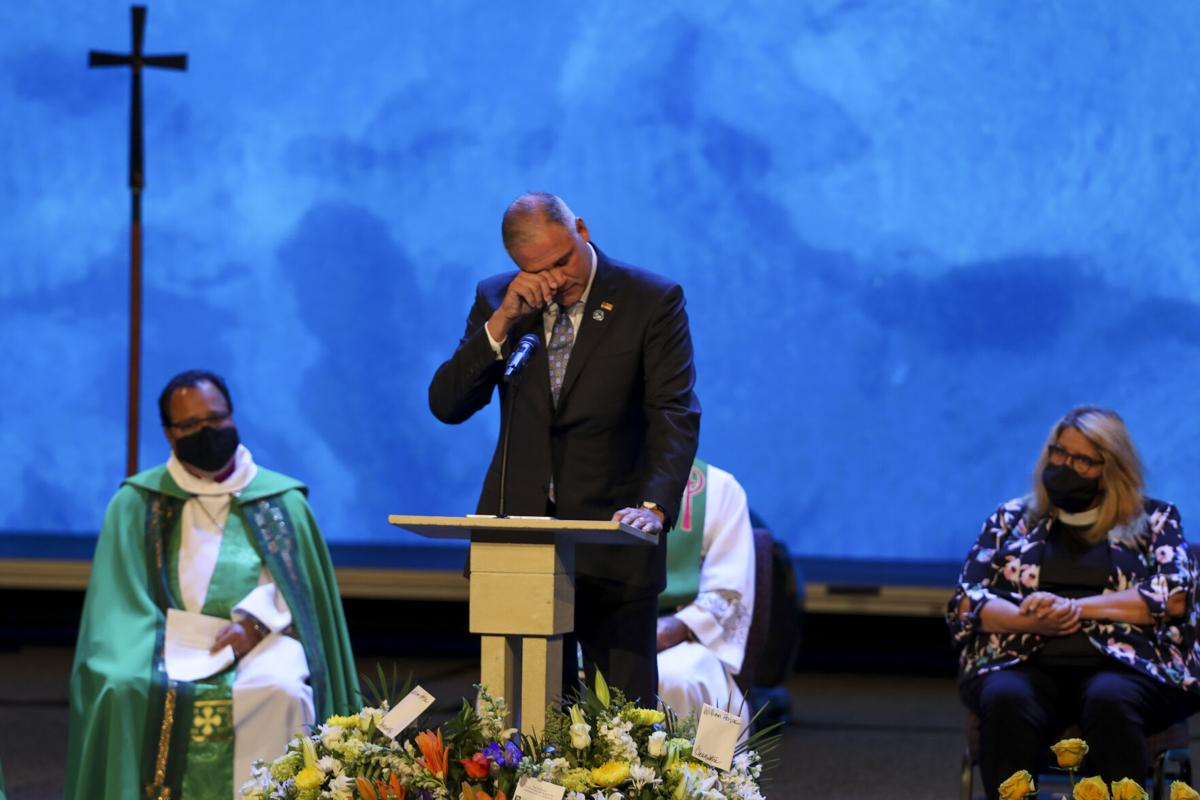 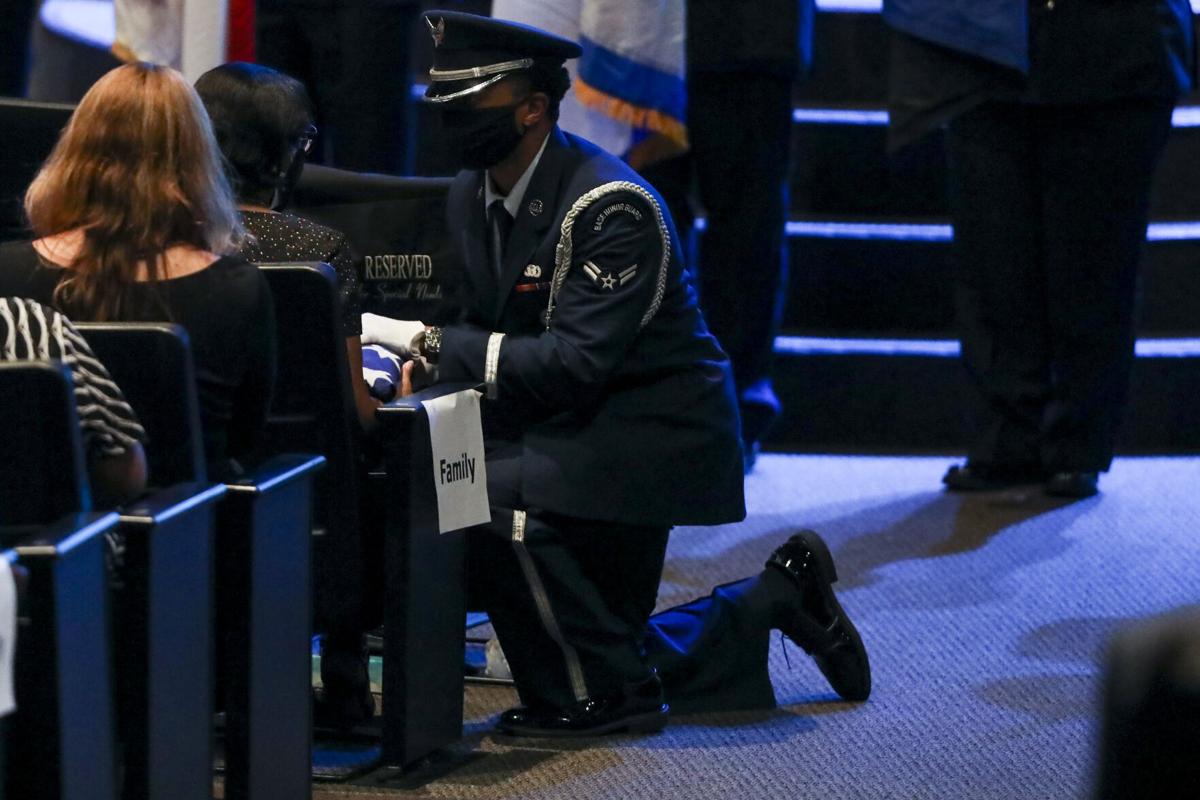 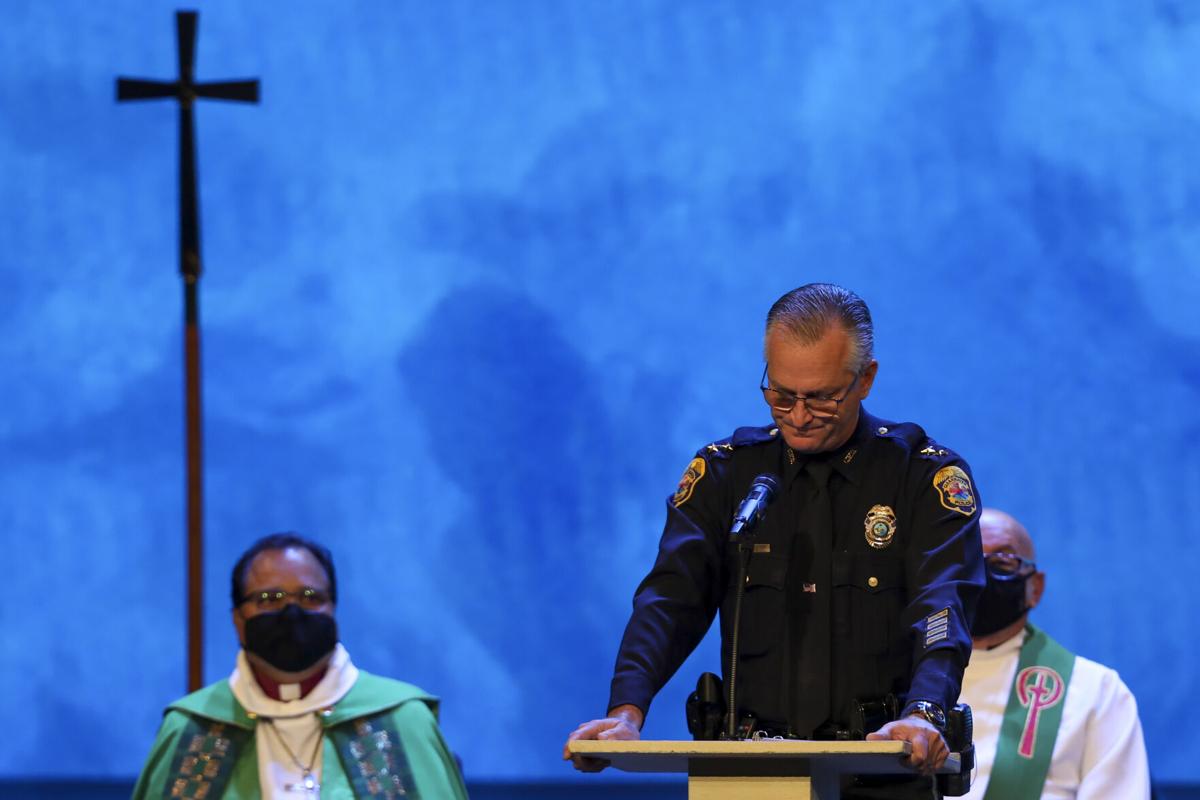 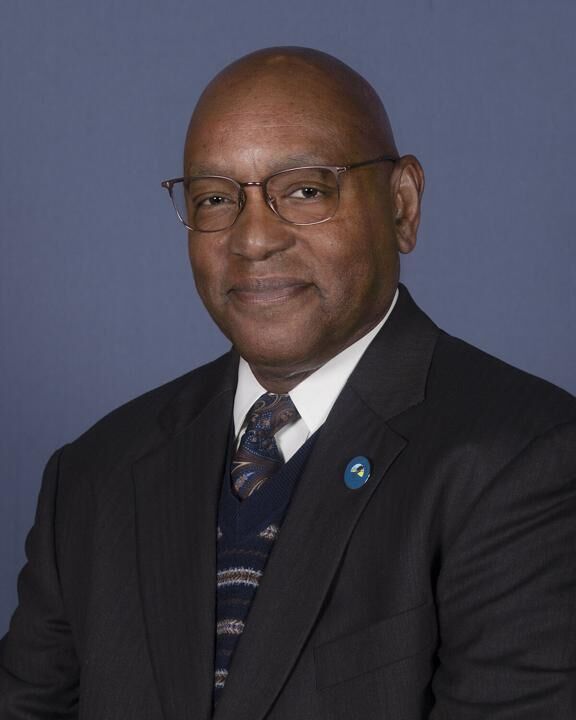 It was more about how he carried himself, the way his example impacted others.

Horne went about his job with joy and a laugh that would make his feet lift off the floor and his hands rise in the air, as Mayor Frank Hibbard remembered.

Even while also serving as vice president of the Evangelical Lutheran Church in America, the highest position a layman can hold, Horne never proselytized while leading 1,400 city employees. His faith manifested in the kindness he showed while mentoring workers to become better or to move on to be department heads and leaders of other communities.

“He saw many strengths in people that may not have seen it themselves,” Police Chief Dan Slaughter said.

In all the appreciation shown for Horne, a sense of unfairness hung over the memorial. Horne, 72, died on Aug. 14 of a suspected heart attack, three weeks before his planned retirement. Colleagues and Lutheran clergy presiding over the memorial touched on this in their remarks and prayers, urging others to live like Horne did.

Last week, a grief counselor was made available to city employees working through the sudden loss. Horne will be buried at Arlington National Cemetery at a later date.

“It’s good to thank people and say things while you can, you don’t know, you may not have that opportunity tomorrow,” said Isay Gulley, former chief executive of Clearwater Neighborhood Housing Services.

Horne joined Clearwater as general support services administrator in 1998, the year he retired as a colonel from the Air Force after 26 years of service. In 2001, the city commission, which later became a city council, hired Horne as city manager after a nationwide search.

Horne went on to lead the city through immense growth, from the redevelopment of Clearwater Beach to the construction of libraries, recreation centers and utility projects across neighborhoods.

He grew up in Tulsa, Oklahoma, and learned early in life that as an African American, he would have to overcome an “uneven playing field” created by systemic racism and discrimination, he said in a June interview with the Tampa Bay Times.

He said he believed leading by example was the most effective strategy to overcome the bias of others. During nationwide protests for racial justice in 2020, Horne wrote about the peaceful protests held in Clearwater and included that in the notices mailed with residents’ utility bills.

An anonymous resident wrote to complain, telling him to “please stick to your day job.” While reflecting on the letter, Horne told the Times his philosophy was to never take insults personally or to call out blatant racism.

“Motivating people is really how well you lead them,” he said. “That’s what’s always guided me.”

Lutheran clergy, including the Rev. Elizabeth Eaton, presiding bishop of the Evangelical Lutheran Church in America, noted Horne’s leadership in mentoring the church on social justice issues. She noted how his faith always led him to help make sense of things that are difficult to understand.

“Of course the world is a place where there’s evil and danger, we don’t deny that, but we resist that, and that was Bill’s work throughout his life,” Eaton said.

As city manager, he was a professional administrator, not a politician. But his calm, direct demeanor, honed during his Air Force career, helped countless elected officials carry out their visions for the city. It was a steadiness that kept him in the job for two decades even as different agendas and personalities cycled through the city council, which is responsible for hiring and firing a city manager.

The audience of several hundred at Calvary Church, which required masks due to the coronavirus pandemic, included elected officials, former politicians, residents and colleagues and friends.

Charles Eric Wilson, a 25-year employee of the city, said after the service that working under Horne inspired him to be better. Horne encouraged Wilson to go back to school to earn his master’s degree so that he “would be better able to take advantage of opportunities when they came to me.”

Wilson said Horne encouraged employees to not only serve the community, but get to know the residents they worked for. In the same way Horne stayed connected to the community, by attending neighborhood meetings, concerts, ribbon cuttings and other gatherings, he also tried to get to know employees like Wilson on a personal level.

“Government is judged by having good roads, police, fire, public utilities, but he wanted more,” Wilson said. “He wanted us to have a relationship with the citizens.”