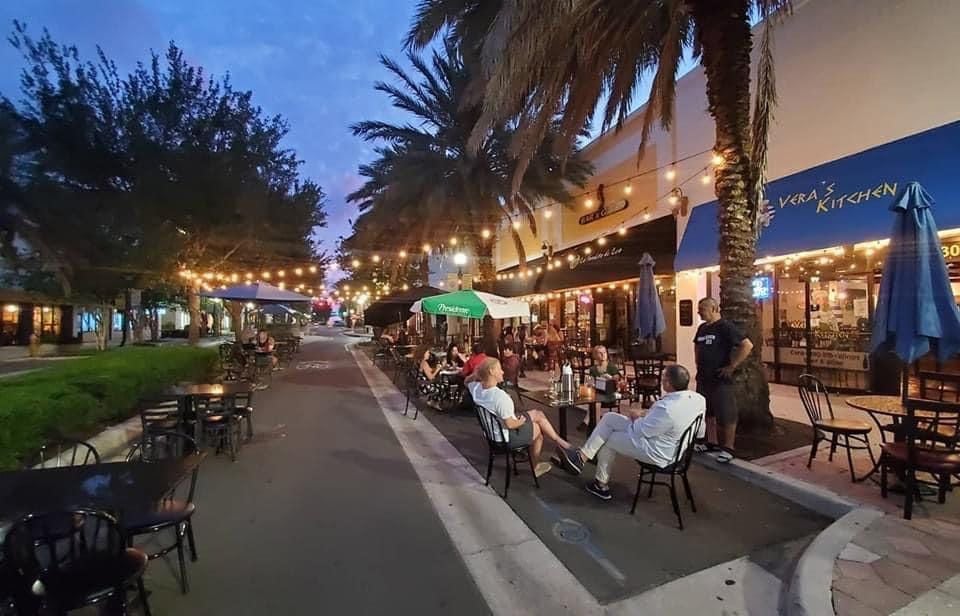 Merchants say closing down part of Cleveland Street has given downtown Clearwater a whole new atmosphere that has sparked life into the many retailers and restaurants who are struggling to survive the COVID-19 pandemic. 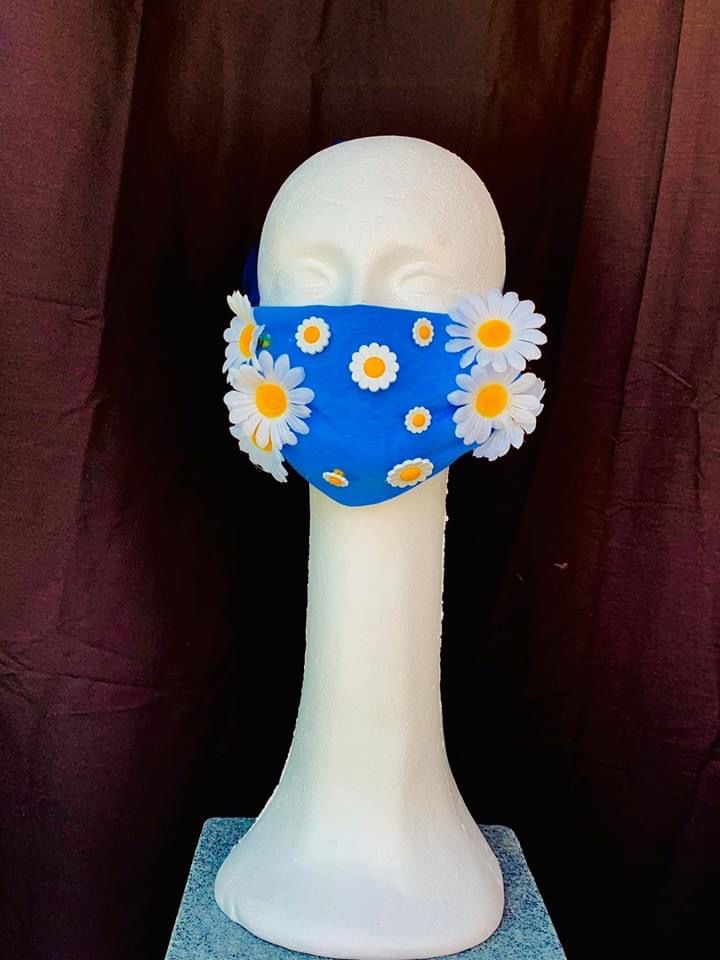 A piece of wearable art designed by Lina Teixeira, president of the Downtown Merchants Association.

Merchants say closing down part of Cleveland Street has given downtown Clearwater a whole new atmosphere that has sparked life into the many retailers and restaurants who are struggling to survive the COVID-19 pandemic.

A piece of wearable art designed by Lina Teixeira, president of the Downtown Merchants Association.

CLEARWATER — As Pinellas County and area municipalities begin the process of reopening, it’s uncertain how many local businesses will survive after nearly two months of forced closure.

But for some downtown Clearwater merchants, the quarantine spurred by the COVID-19 pandemic has emboldened a greater sense of community and brotherhood as they struggled to keep their businesses alive.

The decision by city officials to temporarily close two blocks of Cleveland Street so that merchants could expand outdoor seating has been met with overwhelming approval by business owners and residents alike.

“The decision came from our business recovery task force,” Mayor Frank Hibbard said. “We felt it was a good opportunity to partner with businesses to help expand their capacity and meet all social distancing standards.”

Hibbard said the street closures are not exclusively for downtown merchants — any business that has available parking and the ability to keep customers safe can reach out to the city.

Lina Teixeira, president of the Downtown Merchants Association, said the policy has been particularly helpful for downtown businesses.

“Downtown Clearwater has very unique challenges, even before COVID-19 hit,” said Teixeira, owner of Pour Yours, a downtown wine-tasting bar. “It could have been a death sentence for us.”

Instead, she said, the experience has been the impetus for moving forward with a purpose greater than just survival.

The ambiance the street closure has created, Teixeira said, has created an atmosphere where customers visit more than one business in an evening — instead of just having dinner, they can have a night out in downtown Clearwater.

“An incredible sense of community has happened after this disaster,” said Teixeira, an artist who also her work on display at a studio downtown. “I truly feel like this has been the catalyst to get downtown merchants back on their feet.”

And other business owners agree.

Christina Halvatzis, who operates Vera’s Kitchen with her husband and father, said the policy has been a game-changer for the restaurant.

The success of recent weeks has led many merchants to seek approval from the city to continue the street closures indefinitely. A group of merchants, led by Teixeira, will speak during the May 21 City Council meeting, seeking support for their cause.

Hibbard said he is open to the idea.

“I intend to support keeping the streets closed and open for outdoor dining,” Hibbard said, “as long as it’s practical.”

Hibbard said that during the rainy season, when temperatures are very high, it might be a good idea to open the streets back up temporarily, then closing them again once it cools off.

“I went down there Thursday and Saturday nights and got an extremely good response from restaurant owners and patrons,” he said. “People said that it was a great idea and that it had the perfect vibe.”

Halvatzis said she hopes the city will continue to support Cleveland Street merchants.

“This is our life — and it’s not just us,” Halvatzis said. “There are closed storefronts across the street that need help, too.

“I think this could help all of us get back to normal.”