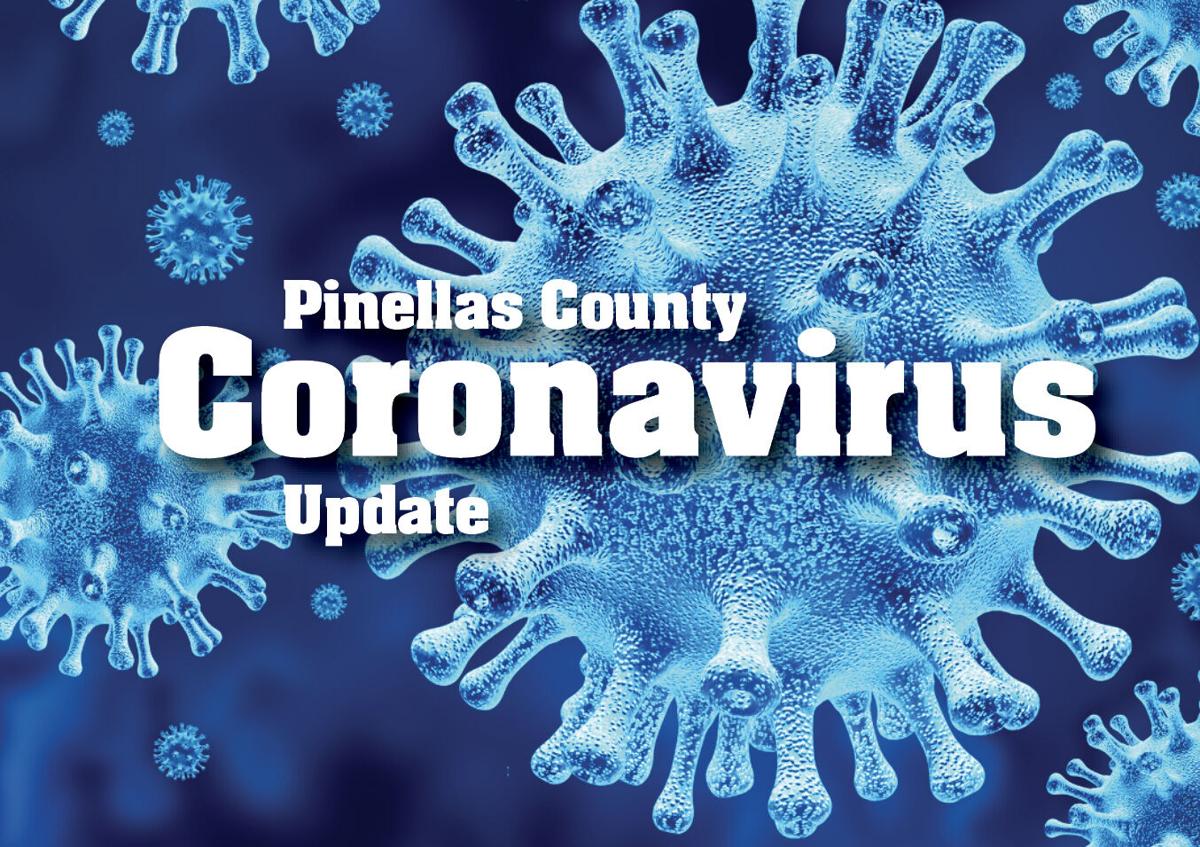 Pinellas County’s cumulative total of confirmed cases of COVID-19 is up to 23,982, according to the report released Saturday from the state Department of Health. The county’s death toll increased to 798. 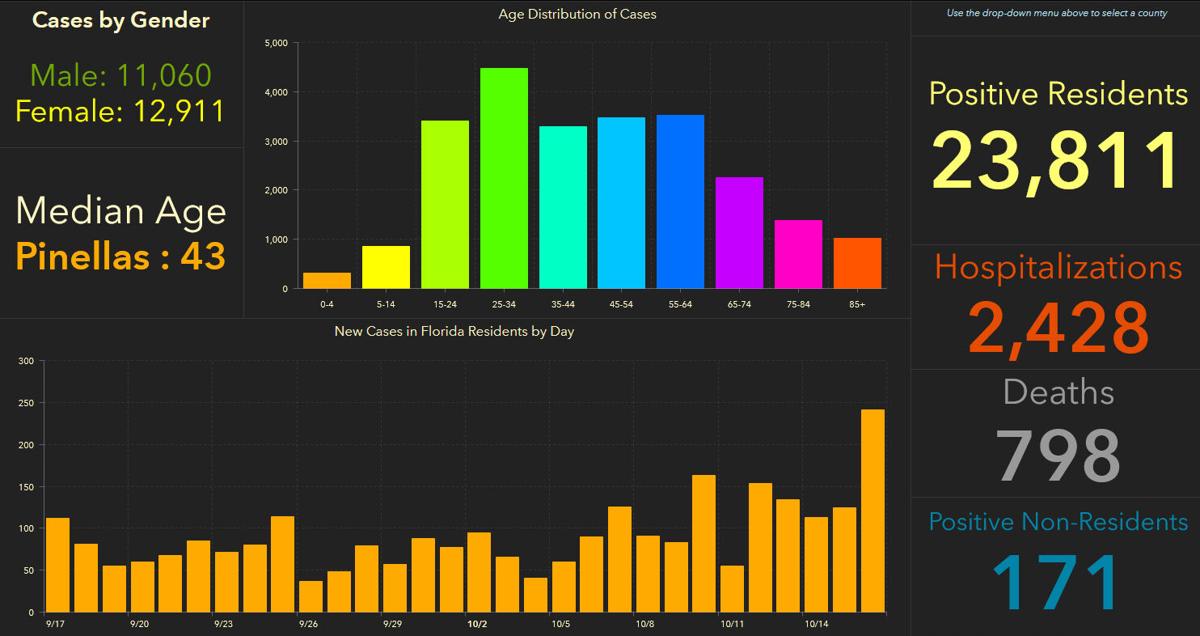 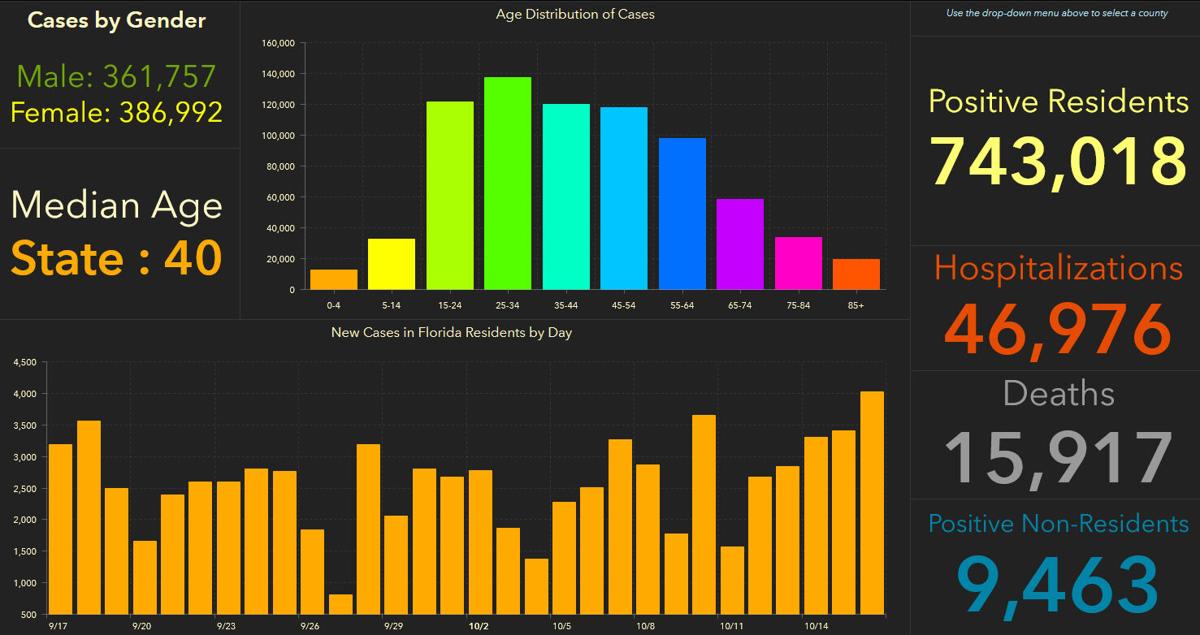 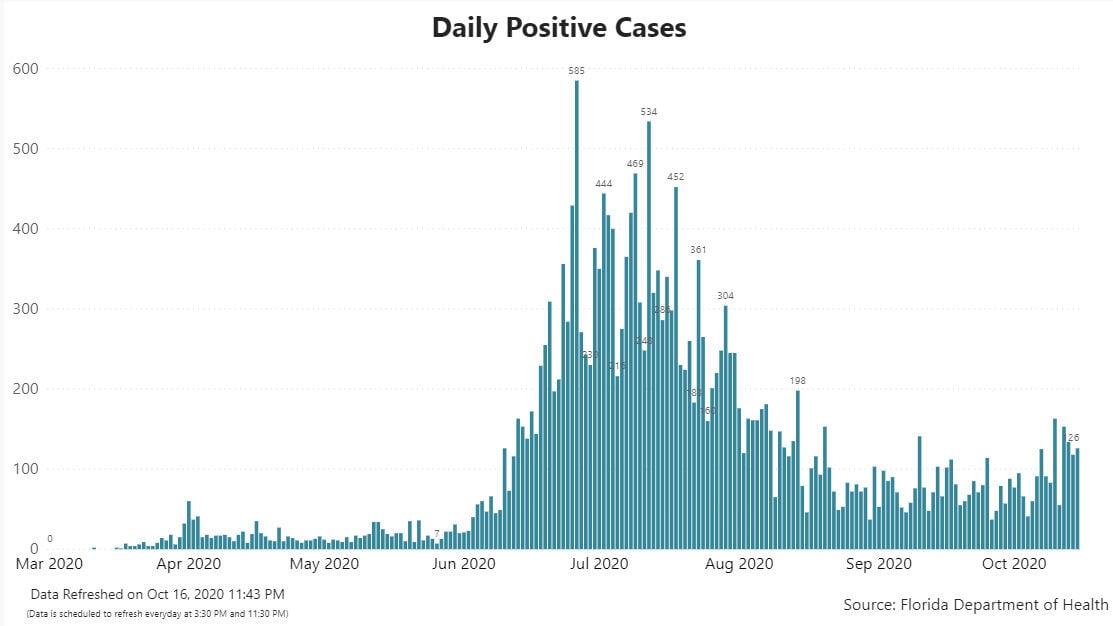 For the first time since the end of July, Florida Department of Health reported more than 200 new COVID-19 cases in Pinellas County, adding 236 more on Oct. 17 to bring the count to 23,982. Five more residents have died due to the novel coronavirus, upping the death toll to 798.

The school district reported on Oct. 15 that as of Oct. 14, 10 more students and four employees had tested positive for COVID-19.

DOH provided updated and revised information on the city of residence for cases in Pinellas on Saturday, Oct. 17. St. Petersburg has the most with 9,600 cases, 4,703 are Clearwater residents, 2,462 from Largo, 1,396 from Palm Harbor, 1,204 from Pinellas Park, 1,193 from Seminole, 773 from Tarpon Springs, 623 from Dunedin, 434 from Oldsmar, 333 from Safety Harbor, 163 from Gulfport, 160 from Clearwater Beach, 133 from Kenneth City, 121 from South Pasadena, 81 from Indian Rocks Beach, 49 from Belleair, 40 from Madeira Beach, 28 from Belleair Beach, 26 from Crystal Beach, 19 from St. Pete Beach, 19 from Tierra Verde, 15 from North Redington Beach, 15 from Bay Pines, 13 from Treasure Island, four from Belleair Bluffs and Redington Shores, three from Indian Shores, Ozona, Lealman and Redington Beach, one listed as homeless and 188 as missing.

Since March, 4,107 cases have been reported at long-term care facilities, or 17% of cases in the county. Carrington Place (64 beds) and Countryside Rehab and Health Care Center (120 beds) are designated COVID-19 isolation Centers.

DOH reported that five more residents had died due to COVID-19 on Oct. 17, upping the death toll to 798. No further details were available Saturday afternoon.

The number of confirmed cases in Florida residents was up to 743,018 on Saturday. Another 9,463 cases were reported in non-residents, bringing the total 752,481 — 4,044 more than the number reported on Friday — the most new cases in one day since the end of August.

The number of deaths in Florida residents increased to 15,917 deaths, which is 87 more than the number reported on Friday. DOH also reported that 201 non-residents have died, one more than the reported the day before, bringing the state’s death toll to 16,118.

DOH reports that 46,976 residents have been hospitalized statewide, 383 more than the number reported on Friday. No information was available about non-residents.