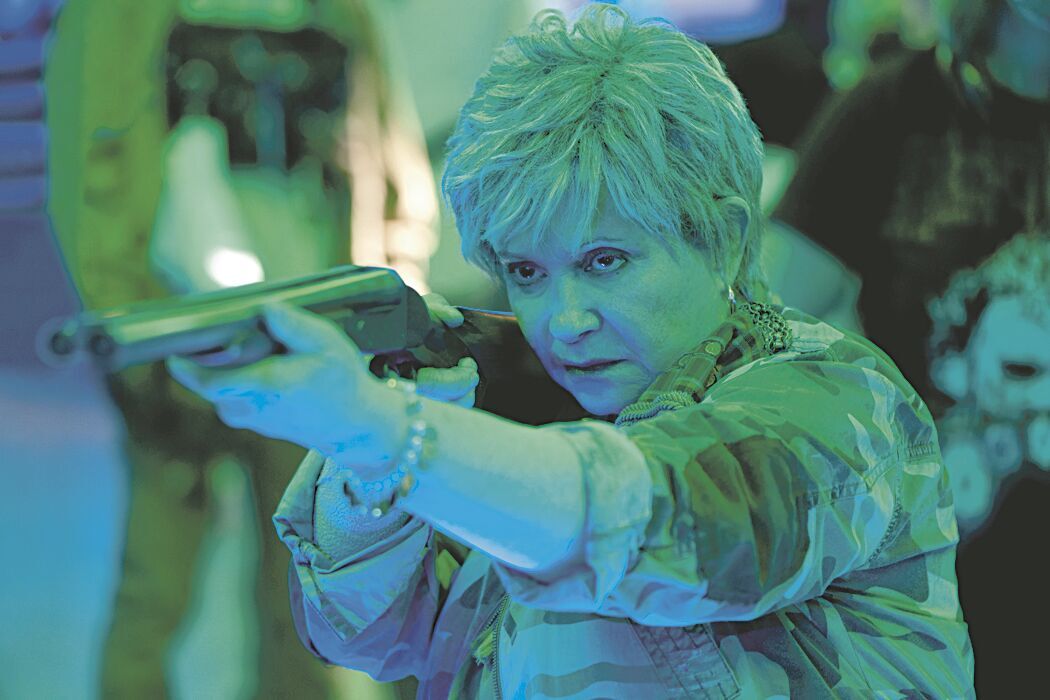 Modern expressions of horror in cinema may emphasize bloody plots, gory violence and sensationalism of the monster, but the extent of their explicit excesses does not invalidate a genuine attempt to expose cultural and social anxieties. That effort may not be evident in every case, and may not even be the prevailing inclination among new filmmakers; but those who strive to make horror a more powerful and evocative experience use the genre to examine ideologies and transform social order.

Sometimes, that kind of transgressive vision can be found hidden in what otherwise appears to be a forgettable, throwaway horror film.

Chances are, you haven’t heard of Gigi Saul Guerrero. In 2017, the Mexican-Canadian filmmaker and actress created and directed “La Quinceañera,” a horror web series. She has also helmed episodes of “The Purge” TV series and Hulu’s anthology horror series “Into the Dark.” She has earned some recognition, but has remained pretty much under the mainstream radar. That may change with the recent release of “Bingo Hell.” The horror thriller is part of the “Welcome to the Blumhouse” series showcasing diverse casts led by emerging filmmakers. It debuted on Amazon Oct. 1.

Set in the small town of Oak Springs, the film revolves around a group of older residents that have witnessed the gradual decline of their beloved neighborhood. Most feel that their glory days are long behind them and that they have become trapped by their own stubbornness and unproductivity. Lupita (Adriana Barraza) tries to keep the residents positive by instilling a sense of pride in the community, though even she can sense the unrelenting pressure of gentrification. Though she is fighting a losing battle against both age and urban renewal, she remains unwavering and purposeful in public.

The local bingo hall provides Lupita and her neighbors a central gathering place where they can reconnect and share a true sense of community. When the former owner sells the hall to a mysterious out-of-towner, everything changes.

As soon as Mr. Big (Richard Brake) arrives with promises of huge cash payouts at his bingo games, a sense of looming dread falls upon the neighborhood. Only Lupita senses the danger. Her longtime neighbors begin turning up dead under grisly circumstances.

At its heart, “Bingo Hell” examines the metaphorical incarnation of shameless greed, walking the viewer through one gratuitous scenario after another. It is a blood-spattered morality play that reveals the repercussions of unfettered selfishness. Those consequences include swift, ruinous outcomes for the individuals as well as a more measured effect on the community at large. “Bingo Hell” illustrates how narcissism and egocentricity can gradually impact relationships, tearing apart families, pitting friend against friend, and slowly undermining the foundations of a neighborhood — or, a town, state or nation, if one were to extrapolate.

Barraza’s performance is one of the elements that makes this film more than a mediocre thriller punctuated by a series of gross-out sequences as winners become losers. This is excellent casting: The Mexican actress earned an Oscar nomination for her role in the 2006 psychological drama “Babel.” While the character may be a bit predictable, Barraza manages to deliver both the intensity of a woman fighting for what matters to her and the anguish that she has caused suffering among those she loves.

Watching “Bingo Hell,” I was immediately reminded of “Something Wicked This Way Comes,” the 1983 Disney film based on a 1962 dark fantasy novel by Ray Bradbury. Mr. Big shares some DNA with the ominous Mr. Dark. The two stories converge on the idiom “be careful what you wish for,” with assorted minor tragedies giving impetus to resistance. In “Bingo Hell,” the path of death and destruction eventually leads to much anticipated communal epiphany that is surprisingly gratifying.

The primary targets of the antagonist are those society sometimes considers especially vulnerable to grifters and frauds.

“I felt it was interesting to pair it with ageism, because we’ve all heard about older folks falling for scams and being victimized and manipulated,” said Saul Guerrero in the film’s production notes. “So, the combination of ageism, greed, and gentrification is what we built our story around. But we also wanted to change the stereotypes, so in ‘Bingo Hell,’ the older people actually fight back.”

For hardcore horror fans, the film may fall short of expectations. There is more camp than carnage, with some unnecessary visual cliches and stale imagery. Brake is aptly menacing, but the character isn’t afforded the individuality and depth of persona it deserves.

Blending horror and comedy in “Bingo Hell,” Saul Guerrero leaves viewers with plenty to consider. The feisty 60-something abuela is every bit as much a hero for trying to rally her neighbors to embrace their civic pride as she is for taking on the devilish Mr. Big. At the same time, she acknowledges her flaws: In particular, she recognizes that her preoccupation with resisting change sometimes caused her friends grief.