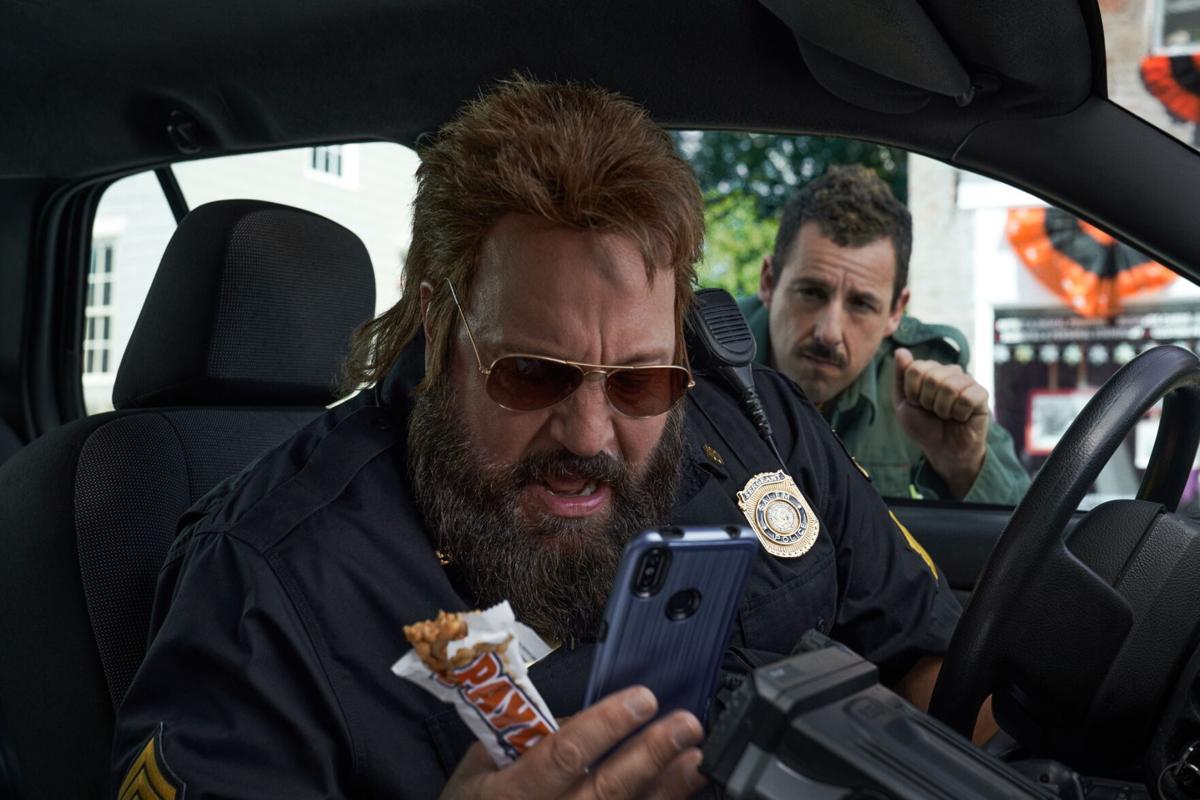 Does anyone knowingly go into an Adam Sandler movie with high expectations? If that sounds unfair, nine films made by Happy Madison Productions, Sandler’s production company, have received scores below 10% at Rotten Tomatoes — including three films that earned a score of 0%. Of course, he is capable of surprising audiences and critics with a brilliant performance every so often: That happened just last year when he starred in the crime drama “Uncut Gems.”

Sandler has been compared to Jerry Lewis, and that seems to be a fitting analogy. For some, Lewis was the undisputed King of Comedy; for others, he was a conceited absurdist buffoon. Sandler — who has won three Golden Raspberry Awards and earned 11 Raspberry Award nominations — often takes on a variation of the everyman role, playing noble nitwits. His characters are often good-natured, well-meaning simpletons who are bullied or ostracized.

In the film, Hubie is a middle-aged man living with his mother in Salem, Massachusetts. He is employed as a delicatessen worker, but his true calling seems to be keeping the residents of his hometown safe … especially on Halloween. The town’s populace generally ignores his repeated calls for celebrating the holiday safely and playing by the rules. He is bullied and ridiculed by children and adults alike as he attempts to broadcast his message of care and well-being — huh, can’t think of any current events that serve as a curious parallel to that situation, can you?

A handful of particularly cruel detractors emerge as the story progresses, including Mr. Landolfa (Ray Liotta), Mary and Lester Hennessey (Maya Rudolph and Tim Meadows), and Deli Mike Mundi (Karan Brar). Unlike most of the town’s residents, they intimidate and terrorize Hubie relentlessly.

Hubie isn’t alone, though. He has his mother, played by the wonderful June Squibb. Sgt. Steve Downey (Kevin James) may get tired of Hubie’s endless “crime” reports, but he seems to understand that the do-gooder believes he is acting in the city’s best interests. Hubie’s simple, caring demeanor does appeal to a few people in town, including Violet Valentine (Julie Bowen). Hubie has had a crush on Violet since elementary school. The feeling is clearly mutual — well, it’s clear to everyone except Hubie.

It turns out that the residents of Salem should have paid more attention to Hubie, the man-child who cried “wolf.” This Halloween, an escaped criminal and a mysterious new neighbor arrive in town just as people start disappearing. Since no one is willing to listen to him, Hubie has to try to figure out what’s happening.

“Hubie Halloween” is a more entertaining film than I had anticipated. It’s a mostly family-friendly diversion with a PG-13 rating. Tweens will enjoy the humor as well as cameos by more than a few Disney Channel stars, including Brar, Peyton List, Kelli Berglund, Kevin Quinn, and Bradley Steven Perry. If that seems like too many to be a coincidence, you’re probably right. The film is dedicated to the memory of Cameron Boyce, one of the main cast members on Disney Channel’s 2011-2015 show “Jessie,” who had starred alongside Sandler in the “Grown Ups” series. Boyce was cast in “Hubie Halloween,” but died in 2019 days before production began.

As much as he tries to be, Sandler isn’t the main attraction in the film. By design or by accident, the focus is on how the various characters react to Hubie’s weirdness. The cast does an admirable job, offering up some fine performances that make an otherwise uninspired film a bit more interesting. Whether it’s sadistic loathing, utter disbelief or genuine admiration, those closest to Hubie offer an interesting glimpse at the way we treat those with a vantage point and deportment that is outside the mainstream. That said, “Hubie Halloween” takes its sweet time to get to its string of epiphanies. The film seems a little too gleeful and complacent in showing how the masses embrace cruelty directed at an outsider. Mob rule — whether it’s in a school auditorium or on city streets — shouldn’t be trivialized and used for comic effect. That’s what “Hubie Halloween” seems to be asking of its audience: To laugh at a character who is the subject of aggressive abuse and scorn.

I think “Hubie Halloween” was aiming for that rare class of horror-comedy hybrids that includes classics such as “The Addams Family,” “Hocus Pocus,” “Abbott and Costello Meet Frankenstein,” “The Ghost and Mr. Chicken,” “Mad Monster Party,” “Young Frankenstein” and “Beetlejuice.” Sadly, it’s just not in the same league as any of those movies. All the inane silliness only conjures up a few muffled chuckles and the cliché jump-scares fail to startle. It is a mediocre diversion, mildly distracting but forgettable — a trick-or-treat bag filled to the brim with soda crackers, unflavored rice cakes and prunes. Whether or not Sandler’s character is better off at the end of the film is up for debate — not that anyone I know wants to spend another moment pondering that question.

Directed by Steven Brill, the film was penned by Sandler along with Tim Herlihy. The film was released on Oct. 7 by Netflix.