Madison Iseman as Vi and Sydney Sweeney as Juliet in NOCTURNE 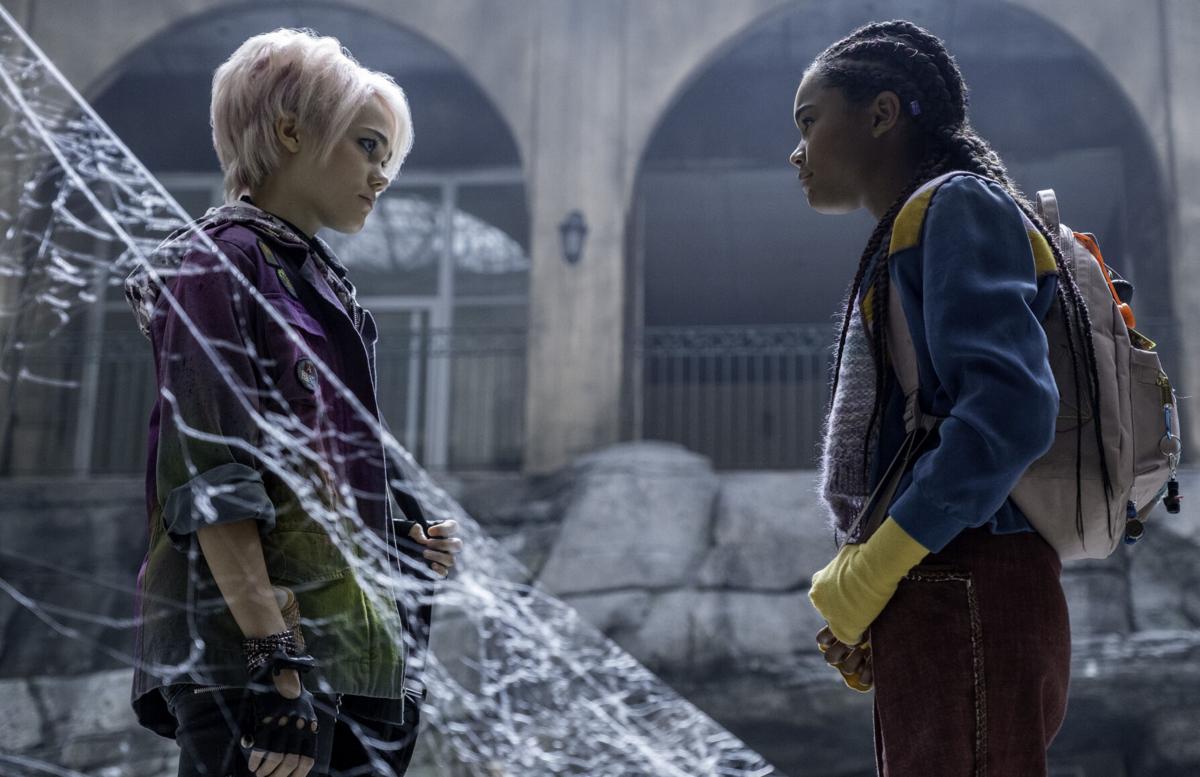 Oona Laurence, left, stars as Liz Lerue and Tamara Smart as Kelly Ferguson in “A Babysitter’s Guide to Monster Hunting.”

Madison Iseman as Vi and Sydney Sweeney as Juliet in NOCTURNE

Oona Laurence, left, stars as Liz Lerue and Tamara Smart as Kelly Ferguson in “A Babysitter’s Guide to Monster Hunting.”

The coronavirus pandemic has had a major impact on the film industry. As movie theaters begin to reopen, some films are tentatively scheduled for big-screen releases while others will be available digitally via video on demand.

‘A Babysitter’s Guide to Monster Hunting’

When high school freshman Kelly Ferguson (Tamara Smart) reluctantly agrees to babysit Jacob Zellman (Ian Ho) on Halloween, the last thing she expects is to be recruited into an international secret society of babysitters who protect kids with special powers from monsters.

The film is based on the first installment of Joe Ballarini's popular scary book series of the same name.

The film debuts Oct. 15 on Netflix.

Seven years after the Monsterpocalypse, Joel Dawson (Dylan O’Brien), along with the rest of humanity, has been living underground ever since giant creatures took control of the land.

After reconnecting over radio with his high school girlfriend Aimee (Jessica Henwick), who is now 80 miles away at a coastal colony, Joel begins to fall for her again. As Joel realizes that there’s nothing left for him underground, he decides against all logic to venture out to Aimee, despite all the dangerous monsters that stand in his way. The fun-filled and action-packed adventure also stars Michael Rooker and Ariana Greenblatt.

“Love and Monsters” will be released Oct. 16 via video on demand through Paramount Players and MTV Films.

When a virtuoso music student commits suicide days before an important concert, her death unleashes a supernatural force in Nocturne, an unsettling tale of sibling rivalry set at a prestigious arts academy.

Having grown up in the shadow of her more talented twin sister, shy piano student Juliet Lowe (Sydney Sweeney) is used to always being second-best when it comes to music. But when she finds a mysterious notebook that belonged to the school’s recently deceased star soloist, her playing miraculously begins to improve and she soon eclipses her sister Vivian (Madison Iseman) as the academy’s top student. Along with her newfound abilities, however, comes a series of frightening premonitions. As Juliet’s visions grow more nightmarish, she discovers the true cost of achieving artistic perfection.

“Nocturne” was scheduled to be released Oct. 13 by Amazon Studios.

At home in Delhi, India, proud parent Usha Khatri (Sarita Choudhury) is overjoyed when her daughter Pallavi (Sunita Mani) calls from New Orleans with news she has met someone special. But as Usha learns more about Pallavi’s wealthy boyfriend Sandeep (Omar Maskati), she becomes convinced something more nefarious than chance brought the young couple together. When Pallavi announces her engagement to Sandeep, mother and daughter are forced to confront dark family secrets and a terrifying supernatural force in this stylish psychological thriller.

“Evil Eye” was scheduled to be released Oct. 13 by Amazon Studios.

‘The Trial of the Chicago 7’

What was intended to be a peaceful protest at the 1968 Democratic National Convention turned into a violent clash with police and the National Guard.

The organizers of the protest — including Abbie Hoffman, Jerry Rubin, Tom Hayden and Bobby Seale — were charged with conspiracy to incite a riot and the trial that followed was one of the most notorious in history.

The film will debut Oct. 16 on Netflix.

Inspired by an incredible true story, “Clouds” is a poignant and beautiful look at the heartbreaking duality of life and a testament to what can happen when you start to live as if each day might be your last.

Zach Sobiech (Fin Argus) is a fun-loving high school student with raw musical talent living with osteosarcoma, a rare bone cancer. At the start of his senior year, he is ready to take on the world, however when he receives the news that the disease has spread, he and his best friend and songwriting partner, Sammy (Sabrina Carpenter), decide to spend Zach’s limited time following their dreams. With the help of Zach’s mentor and teacher, Mr. Weaver (Lil Rel Howery), Zach and Sammy are given the chance of a lifetime and are offered a record deal. Along with the support of the love of his life, Amy (Madison Iseman) and his parents, Rob and Laura (Tom Everett Scott and Neve Campbell); Zach embarks on an unforgettable journey about friendship, love and the power of music.

One morning, lonely surfer Aidan (Tyler Posey) awakens to find that a global pandemic has turned most of humanity into bloodthirsty zombies.

Just as he’s ready to give up hope, Aidan spots his attractive neighbor Eva (Summer Spiro) across his apartment complex’s courtyard, and soon the two become “socially distant” friends. Trying to find a way to rescue her, Aidan confronts an eccentric neighbor (Donald Sutherland) who could be their salvation — or downfall.

Lionsgate will release “Alone” Oct. 16 via video on demand.

‘The Devil Has a Name’

Widowed, broke and adrift, farmer Fred Stern (David Strathairn) finds a new purpose in life when he learns that the psychotic matriarch of a sinister oil company is polluting his water.

But as his crusade against the powers that be spills out of the courtroom and into his personal life, Fred must find a way to avoid the ruin of his farm, his family and his dreams. Inspired by bizarre, true events, The Devil Has a Name comedically pulls back the curtain on the culture of greed that poisons Corporate America, from sea to polluted sea.

Momentum Pictures will release the film Oct. 16 via video on demand.

Wanting to lead an honest life, a notorious bank robber (Liam Neeson) turns himself in, only to be double-crossed by two ruthless FBI agents.