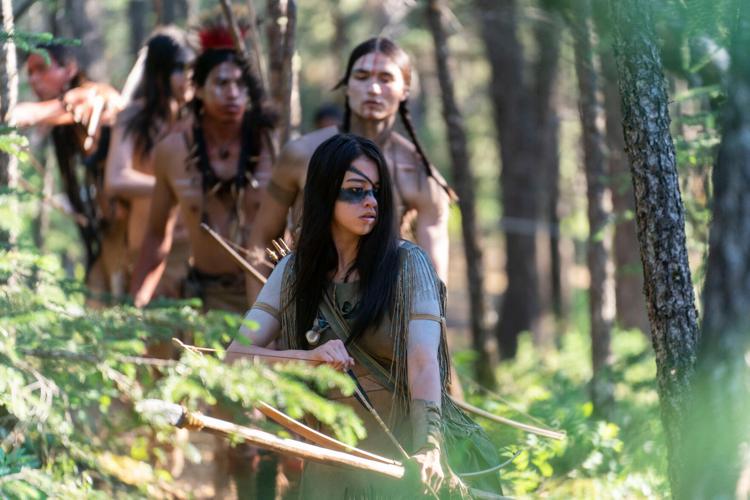 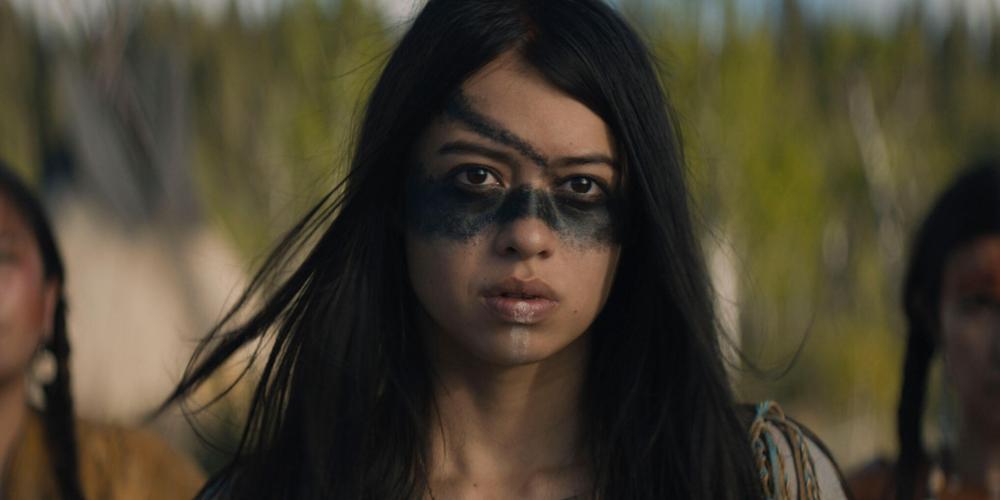 Dane DiLiegro stars as the Predator in “Prey.”

Dane DiLiegro stars as the Predator in “Prey.”

Action heroes come in a variety of shapes and sizes, with equally varying temperaments and levels of emotional complexity. The broad range in action-film protagonists can be attributed to contemporary cultural trends. What moviegoers expect from their escapist heroes — or what Hollywood believes they expect — shapes the lead characters that step up to save the day. That cinematic tenet has been true for more than a century, and it is demonstrated once again in the new film “Prey,” directed by Dan Trachtenberg.

We’ll get back to “Prey” shortly, after I indulge in a topical digression.

A speedy deep dive into cinema history reveals how action heroes have changed to suit each decade’s mores. During the Great Depression in the 1930s, audiences turned to the likes of Johnny Weissmuller in the Tarzan franchise and Errol Flynn in various swashbuckling roles with a bit of romance thrown in for good measure. Films of the 1940s often revolved around common men called upon to make extraordinary sacrifices on the battlefields of World War II, starring actors such as Gregory Peck and Robert Mitchum. Moving in to the 1950s and 1960s, Hollywood found action hero roles in Westerns and other historical settings for an array of actors including Kirk Douglas, Anthony Quinn, John Wayne, Charlton Heston, James Dean, and Marlon Brando.

By the 1970s, the antihero had displaced the clean-cut common man in a string of popular films. Clint Eastwood introduced us to Harry Callahan in “Dirty Harry” while Charles Bronson gave us Paul Kersey in “Death Wish.” Another unconventional hero debuted in 1979 in an Australian post-apocalyptic action film: Mel Gibson starred as Max Rockatansky in “Mad Max.”

Then, the 1980s arrived and something weird happened: The net worth of an action hero somehow became directly connected to the circumference of their biceps. Brawn surpassed attitude, honor, and intellect as the defining characteristic of action film protagonists. The leading characters of the films got bigger, burlier, more muscular and more obsessed with victory at all costs. Yes: I’m talking about Sylvester Stallone. Yes, I’m talking about Arnold Schwarzenegger. And, to a lesser degree, I’m talking about folks like Jean-Claude Van Damme, Dolph Lundgren, and Steven Seagal. Many of the characters these actors portrayed during this period were driven, courageous, and superhuman. They also sometimes came across as unyielding, obsessed, and maybe a bit toxic.

I recently watched the 1987 science fiction-horror-action film, “Predator.” Schwarzenegger stars as Major Alan "Dutch" Schaefer, a Vietnam War veteran who leads a military rescue party into a Central American rainforest to track down a foreign cabinet minister and his aide who are being held captive by insurgents. Unbeknownst to Dutch and his testosterone-fueled band of commandos, an alien lifeform has chosen the very same patch of rainforest to do some recreational hunting — kind of the intergalactic equivalent of pudgy, wealthy businessmen going on trophy game hunting vacations in Africa for the opportunity to blast holes in endangered species from a safe distance.

“Predator” doesn’t disappoint if you like your action heroes beefy and indomitable. Most of the soldiers fall victim to the alien, dying horrible deaths that evoke little to no compassion. There is no depth to these one-dimensional characters, and little backstory beyond what their stereotypes imply. The script, written by brothers Jim and John Thomas, features some cringe-worthy dialog.

Still, the film, directed by John McTiernan, is satisfying enough and builds to a tense climax pitting Dutch against a formidable foe with an arsenal of high-tech alien weaponry. The film owes much of its success to special effects guru Stan Winston who contrived the creature effects. That, combined with the innovative visual effects that gave the alien thermal vision and an invisibility cloak, made Dutch’s adversary seem invincible.

“Predator” did extremely well at the box office and spawned a franchise that has endured for 35 years. The initial film was followed by “Predator 2,” using a different cast, in 1990. Two additional sequels include “Predators” in 2010 and “The Predator” in 2018. The Predator franchise and the Alien franchise collided for a set of mashup features including “Alien vs. Predator” in 2004 and “Aliens vs. Predator: Requiem” in 2007.

That brings us back to “Prey,” Trachtenberg’s new prequel to “Predator.” The newest addition to the franchise premiered at the San Diego Comic-Con July 21. It was released Aug. 5 by 20th Century Studios as a Hulu original film.

The biggest complaint I have about “Prey” is that it didn’t have a theatrical release.

“Prey” is about as far from “Predator” as you can get in terms of character development, emotional impact, and absence of stereotypes. Trachtenberg actively disparages the reactionary machismo that pervaded 1980s action films. He delivers all the suspense and visceral gore, but he also manages to infuse genuine, compelling drama in a coming-of-age subplot.

The prequel is set in 1719 in the Northern Great Plains.

Naru (Amber Midthunder) is a young Comanche. Her mother has trained her as a healer, but she wants to be a hunter like her brother Taabe (Dakota Beavers). While hunting a deer, she witnesses what she believes is a Thunderbird — a powerful, supernatural spirit in the form of a bird that creates thunder by flapping its wings. In fact, what she witnesses is the arrival of an alien spacecraft. Believing the vision to be a sign that she is ready for her “kuhtaamia,” or sacred rite of passage, she informs her brother of her intentions. Other male members of the tribe mock her, scoffing at her desire to go against gender norms and underestimating her abilities.

When a mountain lion carries off one of the tribe’s hunters, Naru joins a search party. During the search, she finds evidence that an unknown predator may be stalking them. The others ignore her, but eventually they all fall prey to the alien hunter.

Naru and her brother are eventually pushed far from their home as they confront a highly evolved alien predator with a stockpile of technically advanced weapons. The final showdown underscores how mismatched these opponents are — and how the will to survive calls forth untapped resources of strength and ingenuity.

More than a few reviewers are boasting that “Prey” is the best film in the franchise since the original, or that it stands as an equal to “Predator.” Please, people: It’s better than the original, by far.

Trachtenberg checks all the boxes with “Prey.” It’s scary, it’s action-packed, and it’s relentless. It’s full of gorgeous cinematography that brings the 18th century frontier to life with stunning clarity. Midthunder’s portrayal of Naru is undeniably riveting. The film fits tidily into franchise continuity with a few clever easter eggs tossed in for attentive viewers.

This is the first film in the franchise that truly aspires to be something more than a simple creature feature. Beyond the obvious shift from brawny male action hero to an unproven female hunter determined to prove herself, “Prey” offers some subtle commentary on the impending genocide of indigenous peoples in North America. Naru clearly recognizes that the alien predator is not the only danger her tribe faces.

If the female protagonist or the indigenous storyline make the newest Predator franchise film too progressive for some, that’s a shame. They can dig through their VHS collections searching for something that won’t infuriate them to the point of trolling social media and frantically typing rants filled with as many misspellings as misogynistic slurs. Jimmy Carter said that it is a weak person — as well as a weak nation — that behaves with “bluster and boasting and rashness and other signs of insecurity.”

My advice is to ignore all that negative bluster and check out “Prey” on Hulu.