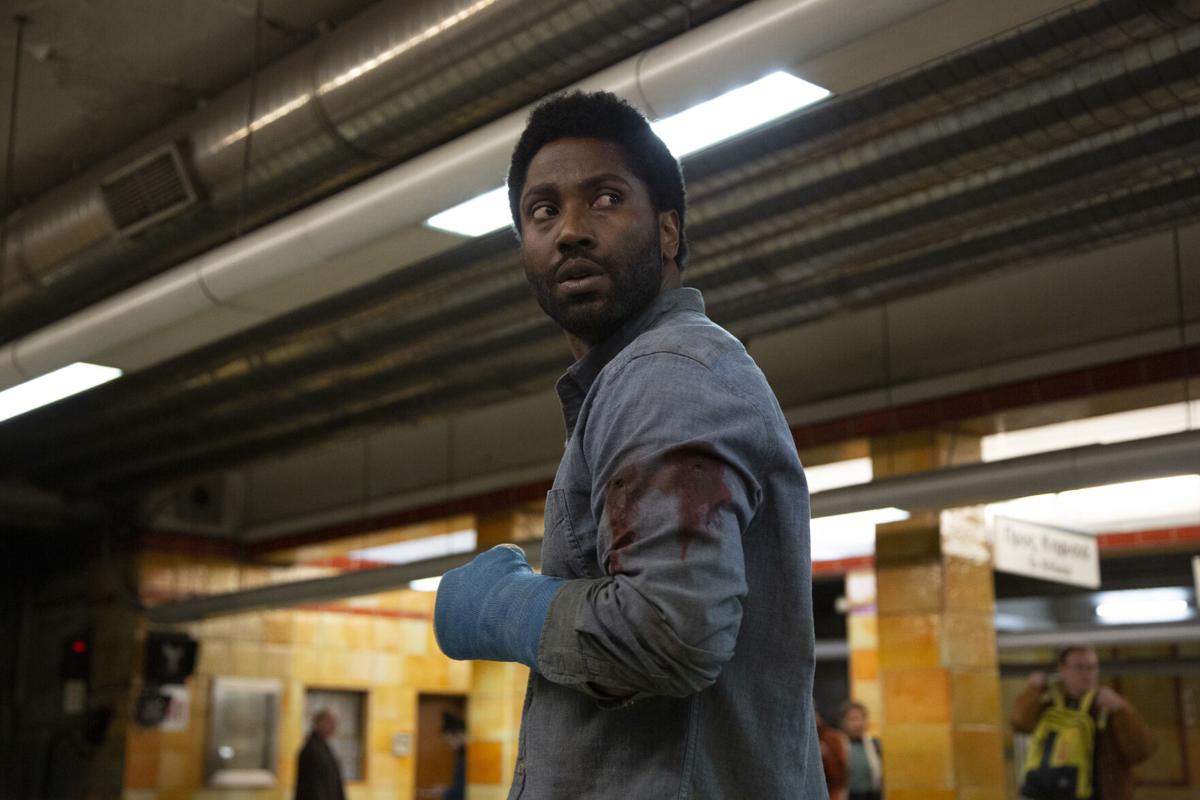 John David Washington stars as the title character in “Beckett.”

These days, novice writers looking for ideas might be tempted to utilize one of many plot generators found online. These preprogrammed tools promise to eliminate the need for brainstorming and research — steps in the creative process that some aspiring authors apparently find irksome and tedious. Any established writers will be quick to tell you that taking such creative shortcuts is a rookie move. Most of these generators spit out utter rubbish not fit as the basis for a drabble, let alone a full-length novel. Most completely ignore the less-is-more rule, instead patching together a hodgepodge of storylines without providing any common denominator to serve as a unifying concept.

Here’s an example of a randomly produced plot seed from an online generator: “In the future on a distant world, an impoverished pianist meets a jaded real estate agent in a comedy of manners set in a shopping mall surrounded by dinosaurs.” Here’s another: “An alien with a chronic disease falls in love with a gym teacher while learning to communicate with dolphins during the French Revolution.” Now, maybe there are a few serviceable story prompts in there, but for the most part the suggestions amount to putting on a blindfold and chucking darts at random words and phrases scribbled on the wall. The result certainly isn’t something that would be published or optioned for a cinematic adaptation, right?

Some films feel like they have been pasted together from dissimilar and even contradictory elements. That seems to be the case with “Beckett,” an action thriller directed by Ferdinando Cito Filomarino. Digitally released Aug. 13 by Netflix, the film follows an American tourist named Beckett (John David Washington). Vacationing in Greece, he and his girlfriend April (Alicia Vikander) make a last-minute decision to change their plans and leave Athens to avoid an upcoming political protest. Traveling along a winding mountain road after dark, a tragic accident sends their vehicle off the road, down a steep hillside, and into the side of a house. Beckett wakes up in a hospital where he learns that April was killed in the crash.

After local police question Beckett about the incident, he soon finds himself the target of a manhunt — though he has no idea why his pursuers are intent upon killing him.

For the rest of film, Beckett tries to unravel the mystery while being hunted. His initial objective is to reach the U.S. embassy in Athens, since he believes there he can be kept safe while he clears his name of whatever crime the local law enforcement authorities have pinned on him.

I get that Beckett is supposed to be viewed as an ordinary man facing extraordinary challenges. The love of his life is dead and he is alone in a foreign country. He is wounded. He is lost. He can’t always communicate with those around him. But the film repeatedly puts Beckett into situations that suggest he is not an ordinary man. No ordinary man could take the kind of physical punishment this character experiences — over the course of a few days — and keep going. No ordinary man could elude trained law enforcement officials in territory that is completely unfamiliar to him. No ordinary man could Jason Bourne himself out of one precarious confrontation after another.

Which, for a while anyway, made me think that Beckett wasn’t an ordinary man.

According to the director, though, that is not the case.

“In the great tradition of manhunt thrillers, there’s always something heightened and fantastic about what’s going on, and something superhuman about the main character’s abilities and intelligence,” Filomarino said in production notes for the film. “I held those teachings dear, and maintained the sense of adventure the genre brings with it, but what I was looking to do was make the audience feel closer to the protagonist — who isn’t a spy or a cop — but a normal person who is experiencing a deep personal crisis, trying to figure things out as most of us might.”

Unfortunately, Beckett internalizes so much of his grief that the audience has little opportunity to connect with him. Filomarino seems to be using the external threat of being stalked by faceless, trigger-happy antagonists as a metaphor for survivor’s guilt. It is an uncomfortable and unconvincing analogy.

The pacing is erratic, with the first 25 minutes devoted to establishing an intimacy between Beckett and his girlfriend in a series of scenes that come across as hollow and contrived. Once the bad guys start shooting at Beckett, the film converts to a more traditional action-thriller framework, with tense chase sequences and sporadic skirmishes. The man-on-the-run aspect of the story is the most viewer-friendly element of “Beckett,” but lack of character development distances Washington’s anguished fugitive from the audience. Saddling the main character with uncertainty and mistrust is fine as long as the story eventually unravels the mystery and provides insight into what drives the heroes and villains.

Cluttered and illogical, “Beckett” aims to transcend its genre by tackling poignant themes on guilt and grief. Instead, the intended everyman is lost somewhere between a preposterous political conspiracy drama and an absurd manhunt as he stumbles haphazardly across a writer’s floor cluttered with discarded scenarios.