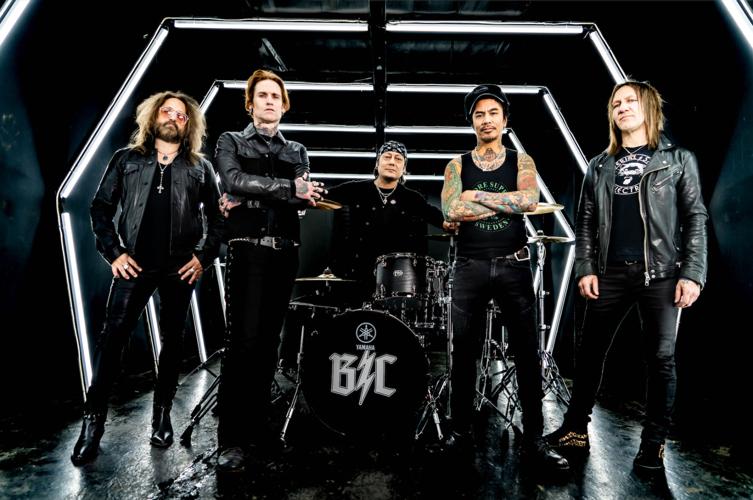 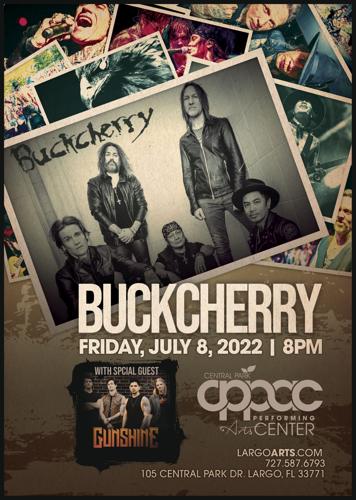 Performing as part of the center’s 2022 Summer Series, SoCal hard rockers Buckcherry have traversed the rock spectrum over the course of two decades, covering classic rock, post-grunge, punk and even a little rockabilly. The group gained popularity in the early 2000s after a run of opening shows for AC/DC and later became well known for monster hits like “Lit Up” and “Sorry.”

The 10-track record was produced by Marti Frederiksen, who also produced the band’s fourth album,

“Black Butterfly,” and co-wrote one of their biggest hits, “Sorry.” Frederiksen co-wrote the majority of the album along with vocalist Josh Todd and guitarist Stevie D. The album was recorded in Nashville in November 2020.

“Hellbound” represents the first album released by Buckcherry and their new label partners — Round Hill Records in North America; Earache Records in the UK, Europe and Australia; and Sony Japan.

After cancelling over 100 shows in 2020 due to COVID, the band resumed an extensive touring schedule last summer.