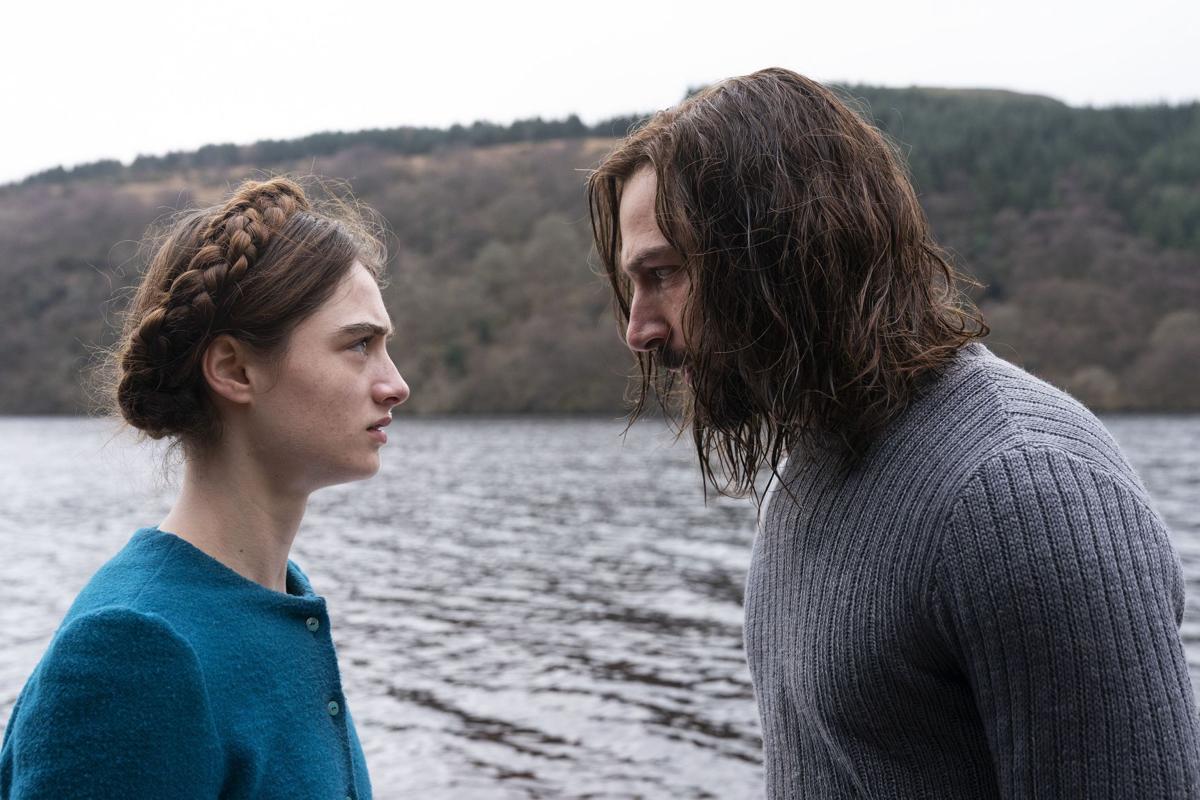 Raffey Cassidy, left, stars as Selah and Michiel Huisman as Shepherd in Malgorzata Szumowska’s “The Other Lamb.”

Horror comes in a variety of flavors, varying from peppery and piquant to subtle and understated. Polish film director Małgorzata Szumowska’s “The Other Lamb” is billed as horror, but audiences shouldn’t be in a rush to embrace or eschew the movie based on that imprecise pigeonhole alone. Released by IFC Midnight, a leading distributor of genre entertainment, “The Other Lamb” is a pageant of warped imagery and chilling visions that explores entrenched narcissism and despotism in a microcosm that exhibits clear parallels to modern culture.

Selah (Raffey Cassidy) was born into a cult that survives on the edge of civilization, hidden away in an isolated forest commune. She is one of a group of women who follow the teachings of a man named Shepherd (Michiel Huisman), a domineering, self-proclaimed savior. Shepherd’s disciples are split into two categories: wives and daughters. When his daughters reach a certain age, Shepherd is eager to bestow his “grace” upon them, so that they, too, can become child-bearing wives in his incestuous communal clique.

Initially, all of the women seem to be thoroughly enthralled by Shepherd. The power he asserts over them is so intense that should any one of them say or do anything that could be perceived as even a minor betrayal, the others are quick to admonish them. Among the rigid rules the women must obey is that no one other than Shepherd can tell a story. With his monopoly on storytelling, Shepherd controls the content and context of every aspect of their lives, from the cult’s history to its hazy objectives.

Gradually, Selah begins to question this peculiar existence, from the hierarchy that defines the cult to the reason for her own shifting attitude toward the only male she has ever known. Selah is on the verge of womanhood. Her feelings for Shepherd are quickly evolving. The blind faith she has clung to for so long does not provide the solace it once did. She begins to recognize his arrogance and his selfishness.

A number of factors further stoke the coals of her nascent rebellion. When Selah experiences her belated first period, she is temporarily banished to a hut because she is considered “impure” — a common practice in the group. Here, Sarah (Denise Gough) — one of the wives who has fallen from Shepherd’s grace — reveals that what Selah was told about her mother’s death was a lie. She experiences shocking dreams and recurring visions that may be both nightmarish revelations and emblematic depictions of her inclination toward noncompliance. Later, the outside world encroaches upon the group when a law enforcement officer visits late at night and notifies Shepherd he must vacate the property.

The ensuing journey brings Seleh and Sarah closer together while pushing Shepherd into making increasingly dictatorial demands of his followers. The long trek moves forward at an exasperatingly slow pace, mirroring the vexing frustration with which cultural progress is often made. Some viewers may find the resolution of the conflict lacking the anticipated intensity, but the filmmaker’s restraint in this instance shifts the emotive focus from one of vengeful rage to one of empowerment and resolve.

In “The Other Lamb,” horror adopts the guise of the appalling physical and emotional trauma many women are subjected to during the course of their lives. Shepherd is both a potent representation of a charismatic messianic figure and a metaphor for unimpeded male entitlement. Selah’s journey takes her from unsophisticated gullibility to enlightened defiance. With stunningly atmospheric storytelling and hauntingly beautiful cinematography, the coming-of-age story plays out against a backdrop that boasts a distinct fairy-tale quality. Bold and brazen in its deconstruction of patriarchal systems, “The Other Lamb” is mesmerizing, harrowing and timely.

Florida Department of Health reported on Saturday that 16 more Pinellas County residents have died due to the novel coronavirus, upping the death toll to 497. In addition, 184 more COVID-19 cases were added to total 17,725.