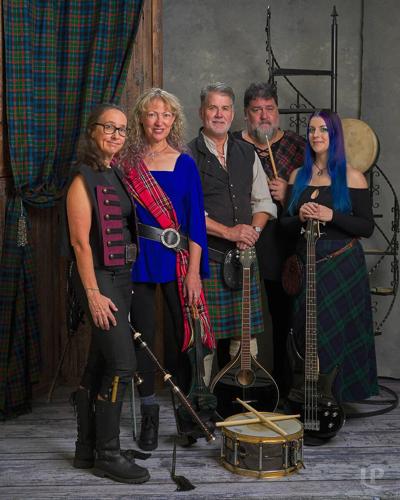 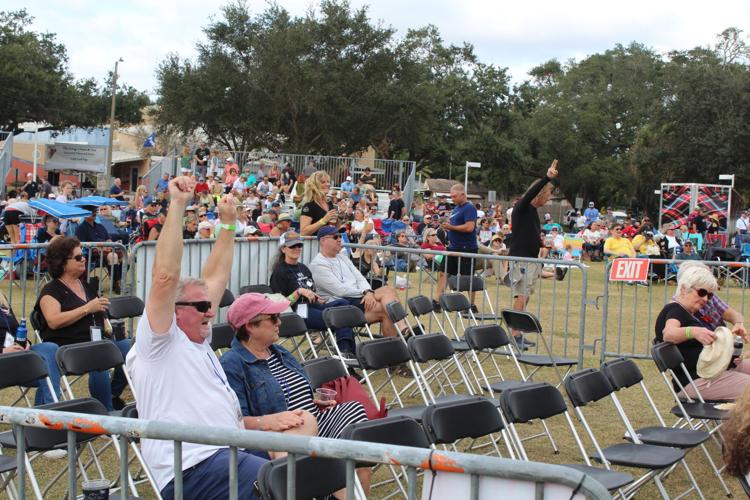 The crowd at the Dunedin Celtic Music and Craft Beer Festival enjoys the entertainment Nov. 20. Several bands performed and a variety of vendors sold their wares along with food and beer. Many attendees donned kilts and other traditional Celtic attire. 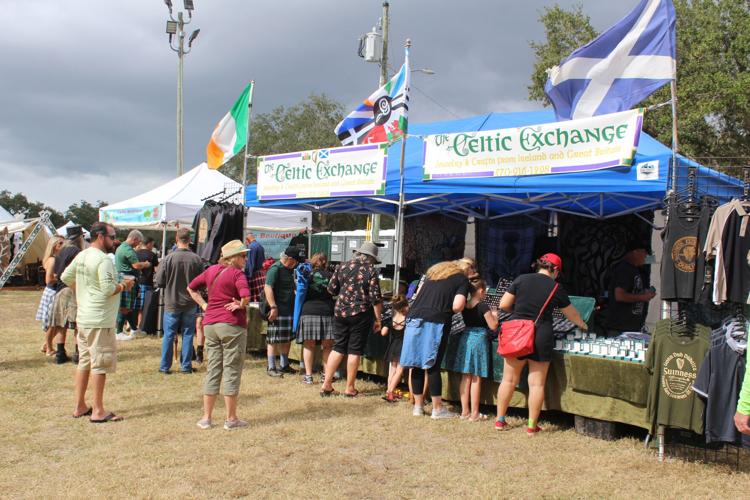 Shoppers can check out merchandise in vendors' tents.

The crowd at the Dunedin Celtic Music and Craft Beer Festival enjoys the entertainment Nov. 20. Several bands performed and a variety of vendors sold their wares along with food and beer. Many attendees donned kilts and other traditional Celtic attire.

Shoppers can check out merchandise in vendors' tents.

Tickets are $15 in advance and $20 at the gate. Children 12 and younger are welcome to attend at no charge.  VIP tickets, priced at $100 per person, are available in advance only.

VIP tickets include admission as well as access to an exclusive VIP area both in the main arena and special seating in front of the Celtic music stage. VIP ticketholders also will enjoy Morning Munchies, and a catered lunch.

Parking is limited on-site in Highlander Park and at Dunedin High School on Pinehurst Road, with complimentary shuttle. Thanks to event sponsors, parking is free at the Dunedin Celtic Music Festival.

According to Eric MacNeill, president of the Dunedin Scottish Arts Foundation, music performances will get underway at 11 a.m. with the Dunedin Highland Middle School Band.

This year’s full musical lineup will include the following:

Lucid Druid dates back to 2003. Initially, the band showcased their brand of eclectic Celtic fusion almost exclusively on stage at the Dunedin Brewery. Since the early days, the band has earned a devoted following. Lucid Druid often performs at local and regional music festivals, including the St. Petersburg FolkFest, Paralounge Drum Festival in Silver Springs, Friday Extra Concert Series in Tampa and the Safety Harbor Concert Series.

Quinn is one of five core members of Lucid Druid who seamlessly blend the sounds of bagpipes, guitar, stringed bass, didgeridoo and Scottish snare with a variety of African drums to create a unique, innovative and fresh sound.

According to the band’s official bio, Quinn has been playing bagpipes and composing music for more than 25 years. Taking advantage of the musical programs offered in Dunedin schools, he studied bagpipes, clarinet and piano performance. He was only 19 when he began a two-year stint as a musician at Tokyo Disneyland in Japan. Later, he was part of a bagpipe trio at Florida’s Epcot Center.

Tampa-based North of Argyll has given more than 200 main stage performances at theaters, festivals and corporate events. The high-energy Celtic fusion band blends elements of contemporary rock to create foot-stomping music. Their concerts are filled with lively stories, legends, and humor. Band members include Paul Macleish on guitar and bagpipes, Chelle Fulk on fiddle, Chris Krause on drums, KT Scott on bagpipes and Irish whistle, and Chelsea Smith on electric base guitar.

The music will wrap up around 5 p.m.

This year’s event will again showcase a variety of vendors, according to MacNeill.

“We have a broad selection of food vendors and many merchandise vendors featuring several that specialize in Celtic-themed merchandise,” he said. “Beer and wine will be available for sale throughout the event. We will have a variety of craft beers and domestic classics available on draft, as well as several red and white wines.”

Event organizers also plan to host an antique British car show as part of the festival.

“This has been a lot of fun in previous years,” MacNeill said.

“New this year is the addition of Scottish Heavy Athletics,” MacNeill said. “Typically a favorite crowd spectacle at the Highland games in April, we're excited to add this is as part of the Celtic Festival for 2022.”

MacNeill said that attendees will see competitions such as the caber toss, sheaf toss, stone throw, and other events.

The Dunedin Celtic Music Festival is presented by the Dunedin Scottish Arts Foundation, a nonprofit organization. The goal of this festival, in addition to presenting a day of entertaining Celtic music, is to raise funds to support the Scottish arts education programs in the Dunedin school and community. Last year's event allowed the foundation to present over $4,000 each to the Dunedin Middle School band, Dunedin High School band, and City of Dunedin Pipe Bands.

“We're hoping for an even more successful event this year to allow us to make greater contributions to these valuable programs in our community,” MacNeill said.