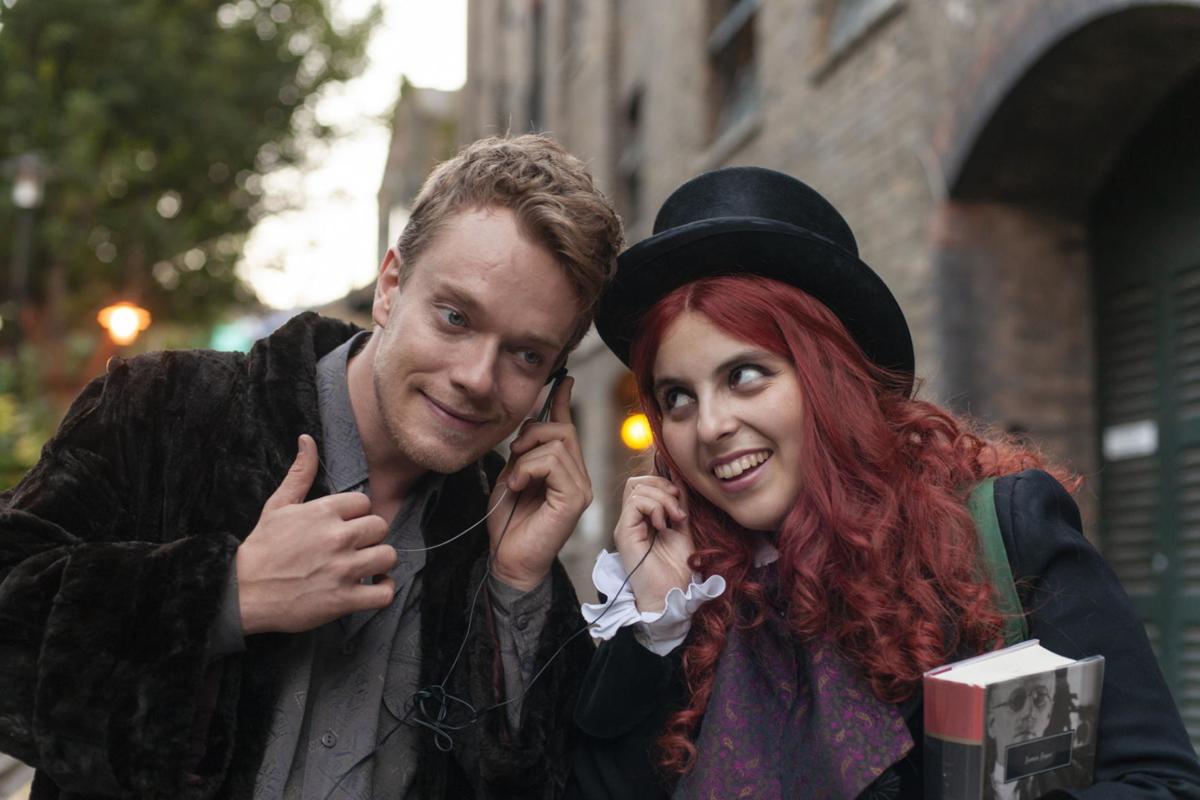 Alfie Allen stars as John Kite and Beanie Feldstein as Johanna Morrigan in Coky Giedroyc’s “How to Build a Girl,” an IFC Films release.

One of the most common questions I see posed by novice writers when seeking guidance from an established author in the field is about the creative process: Do you outline your story before you start writing? The quick, simple answer is yes, of course. In reality, though, it’s more complicated.

I’m a rebel when it comes to the creative process. When writing fiction, I put more emphasis on developing my characters before I have a handle on the plot. As their personalities take shape, their voices emerge. I imagine their conversations and I start to write scenes around their verbal exchanges. Once I have written several passages of dialogue, I build bridges from one scene to the next — in other words, I fill in the empty spaces. It’s a kind of outline, I suppose — one that works for me, anyway.

Many authors rely on a more traditional outline while others may improvise a bit. But all authors eventually run into an inevitable problem: a story that refuses to obey the outline.

“How to Build a Girl” is the story of a 16-year-old writer. Johanna Morrigan (Beanie Feldstein) dreams of a better life. Despite living in near poverty, she is hopeful and enthusiastic. An outcast in her school, she shrugs off insult and injury at every turn, confident that opportunity is waiting just around the next corner. Her teacher recognizes both her abundance of optimism and her creative spark.

When Johanna submits a sincerely penned review of the “Annie” soundtrack to a group of conceited indie rock critics at a weekly magazine, she expects overnight fame and glory. When she is summoned to the editorial office at the magazine, she is initially rejected and humiliated. She takes refuge in a restroom down the hall, where she encounters a poster of Björk and imagines the Icelandic singer, songwriter offering her words of encouragement. Invigorated, she returns to face the all-male staff and emphatically makes her case.

The magazine starts doling out assignments, and Johanna reinvents herself as Dolly Wilde, music critic. She quickly learns that her coworkers loathe her fawning admiration of the ’90s rock music scene. Again, she shifts gears and produces scathing reviews, ridiculing new releases and mocking icons of the industry.

Each time she confronts an obstacle, she has to tweak her outline: She makes all the necessary changes to bring her closer to achieving her aspirations. Of course, her goals evolve as her fame and notoriety increase. Belonging and purpose are soon eclipsed by fame, fortune and sexual conquest. Dolly Wilde gradually displaces Johanna Morrigan.

Frankly, “How to Build a Girl” veers into unexpected territory. What begins as a charming coming-of-age story becomes a detour into a morality play about the consequences of sudden fame. It’s light and dreamy one minute as the protagonist seeks advice from her “wall of gods,” then cynical and anguished the next as she crashes headlong into one of the many harsh realities of life.

The film is directed by Coky Giedroyc, from a screenplay by Caitlin Moran and John Niven. It is based on the novel of the same name by Moran. If you’re wondering: Yes, the book the film is based upon is semi-autobiographical. Moran is an English journalist, author, and broadcaster who grew up in a three-bedroom council house in Wolverhampton with her parents and siblings, just like the protagonist in “How to Build a Girl.”

Giedroyc was clearly the right choice to direct. It’s evident that she approached the material with respect and affection.

Feldstein effectively escorts the viewer through her character’s process of self-revision as she progresses through a succession of identities trying to find an equilibrium between expectation and honesty. Feldstein doesn’t just portray Johanna — she realistically resides among the character’s idiosyncrasies, occupying the role so convincingly that the viewer can’t help but feel empathy for her when she’s hurting and disappointment in her when she loses sight of what’s most important to her.

Using the customary coming-of-age comedy formula as a springboard, “How to Build a Girl” depicts our internal compulsion to analyze, adjust and augment our identity as we strive to isolate our individuality. It shows us that we rise and fall and rise again as we mature, and it teaches us to hold on to that which makes us unique.