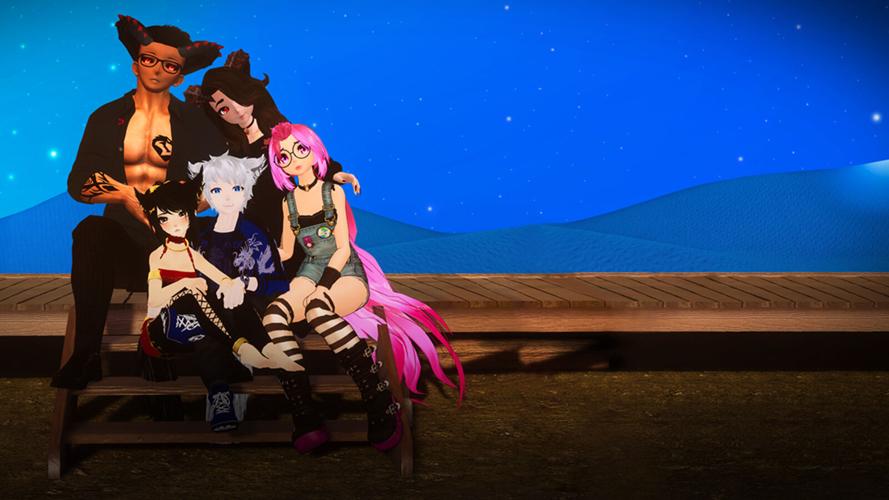 “We Met in Virtual Reality,” a new documentary, focuses on DragonHeart, IsYourBoi, DustBunny, Toaster, and Jenny. 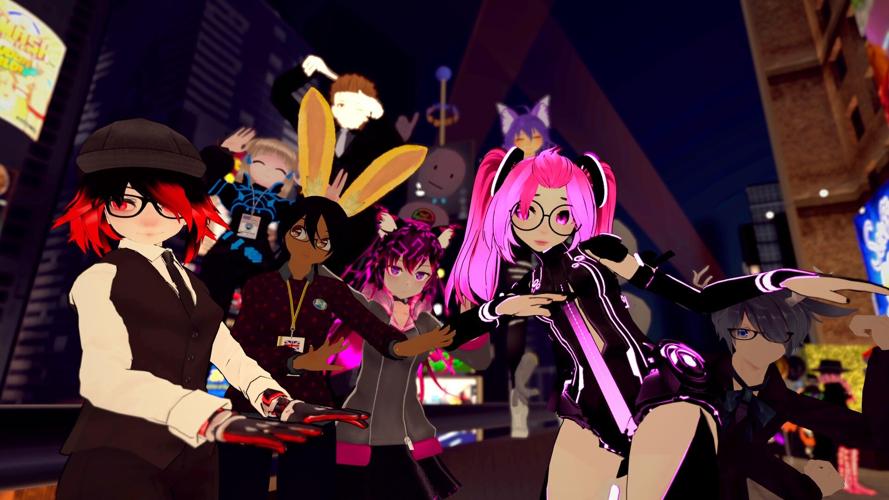 In “We Met in Virtual Reality,” Jenny, right, with pink hair, dances at a club in VRChat.

“We Met in Virtual Reality,” a new documentary, focuses on DragonHeart, IsYourBoi, DustBunny, Toaster, and Jenny.

In “We Met in Virtual Reality,” Jenny, right, with pink hair, dances at a club in VRChat.

Let’s have a show of hands: How did you meet your spouse/life partner/significant other? At school? At work? In church? In a sketchy bar after a few too many beers? As a captive in a castle populated by servants who have been transformed into household objects by an enchantress? On top of the Empire State Building on Valentine's Day?

None of the above? Let me guess: You met online. If that’s the case, don’t be embarrassed. According to a recent study by a Stanford sociologist, meeting online has become the most popular way U.S. couples connect. Forget about the meet-cute popularized by rom-coms … these days, the matchmaker’s job has been appropriated by algorithms. If Cupid is sniping with his golden arrows to inspire romantic love, he is apparently doing so digitally through dating websites, dating apps, and on social media. While some may be inclined to claim that online encounters only lead to short-term romances or spontaneous hookups, the truth is that they are just as likely to grow into enduring relationships.

I met my wife online more than 20 years ago. It was a primitive time of dial-up internet, message boards, and dubious chat rooms. Even the most innocuous forums could, overnight, become the electronic equivalent of the Mos Eisley cantina — a “wretched hive of scum and villainy.” Fortunately, Cupid was on duty the day I was scanning posts. To be honest, I wasn’t looking for love. I was looking for someone who lived in North Carolina and liked hiking so I wouldn’t have to tackle mountain trails by myself.

One listing stood out: She was an artist with a college education who lived in North Carolina and enjoyed hiking. I took a chance. Only later did I discover she lived in small town on the coast, and she included “hiking” as an interest because “walking on the beach” wasn’t an option. Nevertheless, love ensued — and has endured and flourished to this day.

Meeting on an archaic, text-based message board certainly isn’t the same as finding love in an online virtual world platform. In the new documentary film “We Met in Virtual Reality,” Joe Hunting explores how social relationships blossom between users of VRChat during the pandemic. “We Met in Virtual Reality” had its world premiere at the 2022 Sundance Film Festival. It began streaming on HBO Max July 27.

Hunting wrote the script and directed the movie, which is filmed entirely inside the world of virtual reality.

The film follows Jenny, one of a handful of American Sign Language teachers who have crafted a welcoming community for deaf and hard of hearing VRChat users. The documentary also looks at two couples who are geographically separated but are cultivating their relationships in VR in anticipation of meeting in real life.

The couples include DustBunny and Toaster, and DragonHeart and IsYourBoi.

The viewer experiences observational scenes captured in real-time. It’s both voyeuristic and enlightening. Hunting’s documentary challenges the stereotype that hardcore VR users are social outcasts. Even though they are immersed in a digital simulation, their social interactions are meaningful and genuine. The backdrop may be wholly fabricated, but the rapport they establish with other players and the experiences they share are as legitimate and valid as any comparable manifestation of social synergy IRL.

Unfortunately, Hunting’s attempt at studying this cultural phenomenon isn’t as immersive as the communities he observes in VRChat. He manages to present fascinating and thought-provoking subject matter but fails to provide any clarity on its significance, define its potential benefits and limitations, or speculate as to its complex role in culture. Lacking any real narrative structure, the film drifts between awkward scenes filled with incomprehensible background dialog and unnatural forced commentary in which users’ avatars voice rambling soliloquies.

For the viewer, it’s a disorienting, unsatisfying jumble of images and concepts.

Have you ever bought an old video game at a yard sale? No instructions, no tutorial, no helpful hints on user-created boards that aren’t hopelessly out of date? If you can even manage to get the game up and running, you may find yourself in a bewildering milieu featuring low quality graphics, unbalanced gameplay, endless bugs and glitches, and sluggish controls. Like David Byrne, you may ask yourself “Well, how did I get here?”

That’s kind of what it feels like watching “We Met in Virtual Reality.”

Hunting takes a laissez faire approach to documentary filmmaking, letting the subjects carry the story. But by striving for simplicity in presenting real people involved in social relationships in a virtual domain, Hunting — perhaps inadvertently — instilled ambiguity about the sociological perspective. He succeeds in encapsulating the social applications of virtual reality but fails to draw any conclusion on its cultural meaning.

Despite their poignant stories and the way they have dedicated themselves to building an inclusive, life-affirming VR refuge, there is an unavoidable emotional disconnect with the viewer. With a running time of 91 minutes, “We Met in Virtual Reality” just doesn’t latch onto us as firmly as it should.