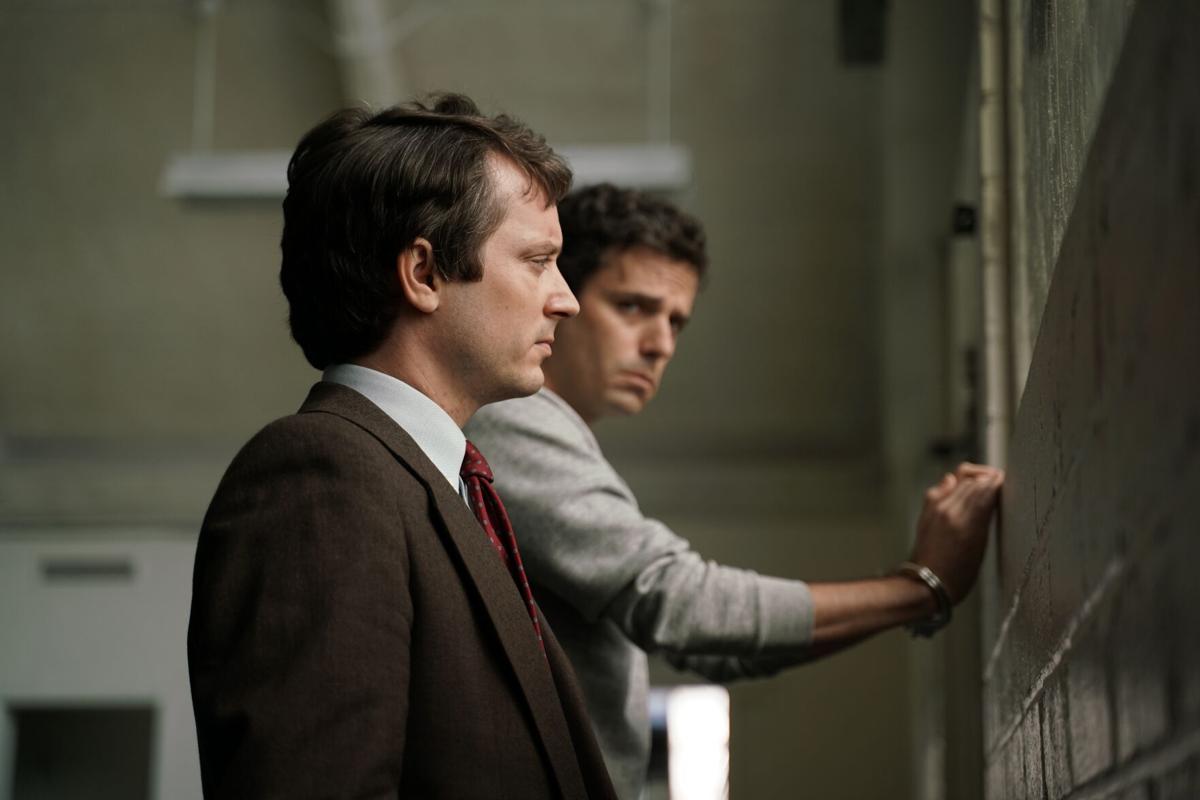 Elijah Wood, left, stars as Bill Hagmaier and Luke Kirby as Ted Bundy in “No Man of God,” an RLJE Films release.

How much do we really want to know about the thought processes of a serial killer? How much time and energy should we devote to digesting both fact-based psychological profiles and tabloid narratives? Outside the purview of a select group of law enforcement officials, psychoanalysts and sociologists, can habitual consumers of mass media portrayals of serial killers differentiate between truth and fiction? Where do we draw the line between curiosity and unhealthy fascination?

American pop culture has a regrettable history of iconizing serial killers. Ted Bundy is likely the most prominent example of this phenomenon. Confessed murder, rapist, and necrophiliac, he nonetheless managed to project an amiable demeanor that the media, in turn, fostered. He is often portrayed as charming, intellectual, handsome, and articulate — all traits that captivated an audience of “groupies” while concealing his devious psychopathic nature. Before his execution at Florida State Prison in Raiford in 1989, Bundy confessed to 30 homicides. The actual number of victims is unknown, and could be considerably higher.

Special Agent William Hagmaier of the FBI Behavioral Analysis Unit was present when Bundy reviewed his victim tally shortly before being sent to the electric chair. Hagmaier is among that select group of people who have chosen to immerse themselves in consciousness of killers. One of the five original agents of the BAU, Hagmaier plumbed the recesses of Bundy’s mind in the hope of gaining an understanding of what drives serial killers to commit their crimes. The profiler conducted extensive interviews with Bundy over a four-year period.

Hagmaier’s conversations with Bundy and the relationship that developed between them is at the center of “No Man of God,” from RLJE Films. Directed by Amber Sealey, “No Man of God” was released Oct. 19 on DVD and Blu-ray. Elijah Wood stars as Hagmaier and Luke Kirby as Bundy.

“No Man of God” isn’t meant for recreational viewing. This is an intense character study of two individuals: One is an avowed murderer and social deviant and the other is consumed by the desire to understand the psychology of the serial killer. There is a strong sense that Hagmaier must make personal sacrifices in order to protect and serve. Looking into the darkness changes him. Though it does not corrupt him, it forces him to reevaluate his perception of human nature. That dark epiphany is vividly conveyed by Sealey in this riveting exploration of evil that never exploits Bundy’s victims.

Wood and Kirby both deliver performances that are compelling and mesmerizing. Where Wood’s Hagmaier is understandably unsettled despite his resolve, Kirby’s Bundy is unnervingly manipulative and maliciously charismatic. Sealey nimbly circumvents any inclination to feed into the serial killer celebrity culture. By the conclusion of “No Man of God,” Bundy is fully stripped of any trace of magnetism and charm, laying bare the scope of his depravity.

Though its subject matter is inescapably unpleasant, “No Man of God” is an intelligent, profound exploration of Bundy’s aberrant psychological profile and the steadfast commitment of an FBI agent to gaze into the abyss to gain insight into the mind of a killer.