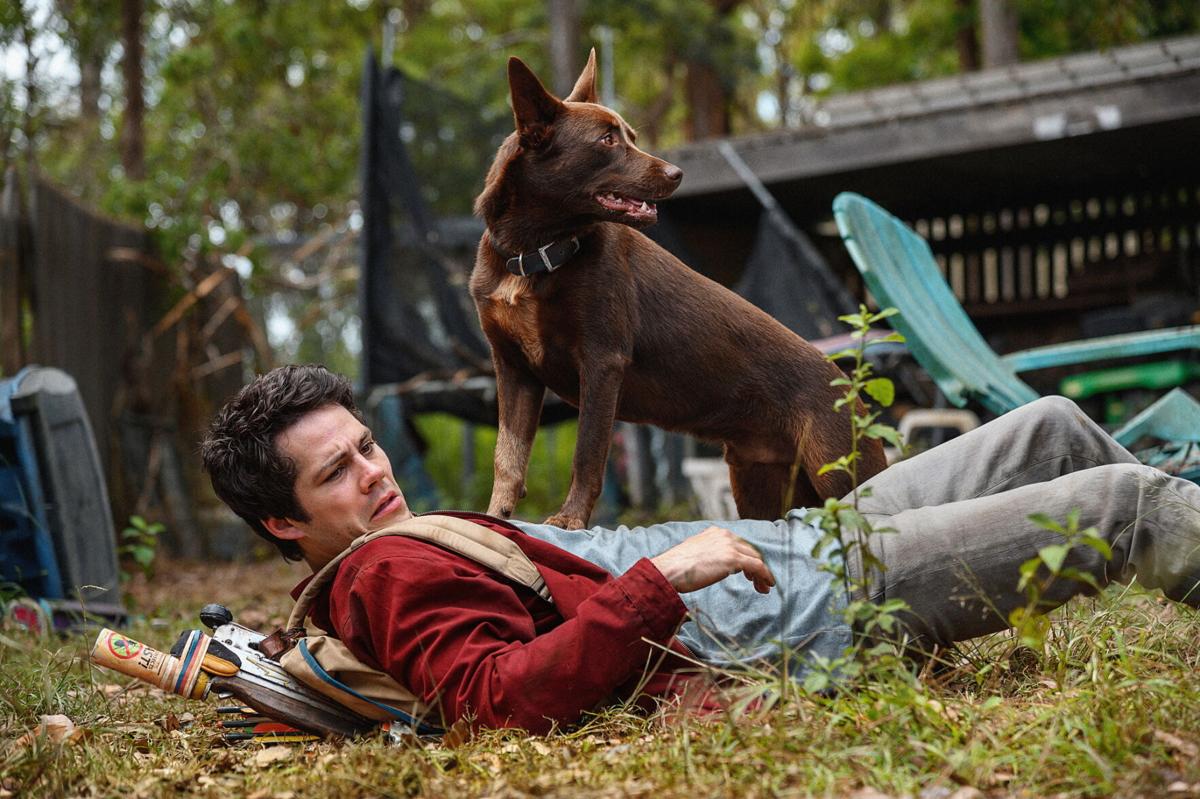 Dylan O'Brien stars as Joel Dawson in "Love and Monsters."

Before we can discuss the new American post-apocalyptic adventure film “Love and Monsters,” it is only fitting that we pay our respects to Dick Bennick Sr., better known to Tampa Bay area residents as Dr. Paul Bearer. Bennick, in his more recognizable persona, served as host of the WTOG horror movie series “Creature Feature” from 1973 to 1995. Area horror fans of a certain age look back on “Creature Feature” with grateful reminiscences of Saturday afternoon’s spent watching “horrible old movies.” The selections included classic Universal monsters from the 1930s, Japanese kaiju films such as “Godzilla,” and Hammer Horror films of the 1960s.

Another staple of “Creature Feature” was the “big bug film,” a subgenre of horror and science fiction that developed in the 1950s. Much as the 1954 film Godzilla reflected fears of a nuclear holocaust during post-war Japan, the “big bug films” fell under the umbrella of the nuclear monster motif. “Them,” a 1954 black-and-white Warner Bros. shocker, was among the first films in this category. In “Them,” a colony of gigantic irradiated ants moves from the New Mexico desert to the storm drain system of Los Angeles. The following year, Universal-International followed suit with “Tarantula!” Other entries include “Beginning of the End,” “The Deadly Mantis” and “The Black Scorpion” in 1957; “Earth Vs the Spider,” and “Monster from Green Hell” in 1958.

Some, though not all, of these films blamed all the colossal mutations on atomic radiation. Giant ants, grasshoppers and arachnids became a metaphor for American society’s collective fear of nuclear war. While the “big bug films” were scary, one wonders if it is psychologically easier to cope with fictitious — and generally poorly rendered — giant bugs than pondering the real-world horrors of a nuclear exchange and its accompanying horrors.

Big bugs make a surprise return in “Love and Monsters.”

The Paramount Pictures film debuted Oct. 16 in select theaters and via video on demand. It stars Dylan O'Brien as Joel Dawson, a kid who has to navigate a post-apocalyptic populated by mutated creatures.

The film opens seven years after the “monsterpocalypse.” Dawson explains that an approaching asteroid threatened to destroy all life on the planet, forcing world governments to band together and destroy it using their nuclear arsenals. The plan worked, but it led to an unexpected new problem: Chemicals and radiation from the blast fell across the planet causing wild mutations in animal life. Many creatures transformed into large monsters capable of destroying cities. Within a few years, 95% of the human race is wiped out. The survivors shelter in underground colonies, scavenging for food. The refugees seem to be fighting a losing battle against the monsters.

Joel lives in one such colony. Suffering from post-traumatic stress disorder having witnessed the death of his parents, Joel’s deep-seated fear of the monsters make him unfit for scavenging missions. He considers himself useless, though his colony appreciates his contributions and considers him part of the family.

When Joel makes contact with his former girlfriend using the colony’s radio, he decides he must take his chances on the surface and hike more than 80 miles to see her.

What I expected from “Love and Monsters” was a mashup of “Zombieland” and “Tremors.” Elements from both those films are evident from the very beginning. Joel’s ongoing voiceover chronicling his experiences mirrors that of Columbus, the main character in “Zombieland,” who shares his rules for surviving in a zombie-infested world. Joel, likewise, catalogues each mutated monster, recording the attributes and weaknesses. “Love and Monsters” replicates the frantic tone of “Tremors,” where the monsters are genuinely threatening but the characters are given the opportunity to revel in the absurdity of their situation for comic effect.

What I didn’t expect from “Love and Monsters” was its well-executed use of the classic hero’s journey to illustrated Joel’s transformation. Sure, he sets out on a fool’s errand: Rekindling a teenage romance doesn’t seem like it should be at the top of anyone’s priority list in a post-apocalyptic landscape crawling with mutated mammoth fauna. But Joel has already begun to evolve before he opens the hatch that separates his underground bunker from the sunlight. By just making the decision to leave the colony, he has taken his first step. As he sets out on foot across terrain he has not seen in seven years, he lacks the knowledge and skills needed to survive. He has been told he is quick and small and that his best plan of action in any confrontation is to run and hide.

It’s no coincidence that the first companion to join him on the journey is Boy, a dog who has lost his own family. Joel quickly recognizes the dog has keener survival skills than he does and follows his lead. Joel goes on to meet more companions on his journey: Clyde Dutton (Michael Rooker), an expert hunter, and Minnow (Ariana Greenblatt), an orphaned child adopted by Clyde. Later on, Joel even spends time with a Mav1s robot (voiced by Melanie Zanetti), who ironically helps him reach a new level of emotional maturity.

“Love and Monsters” also earns points for occasionally pulling the rug out from under the viewer. It takes unexpected turns on its surprisingly cathartic journey. Part monster adventure, part coming-of-age teenage romance, the film’s core message is one of hope for humanity. Seems like this is a good time to remind people about courage and optimism.