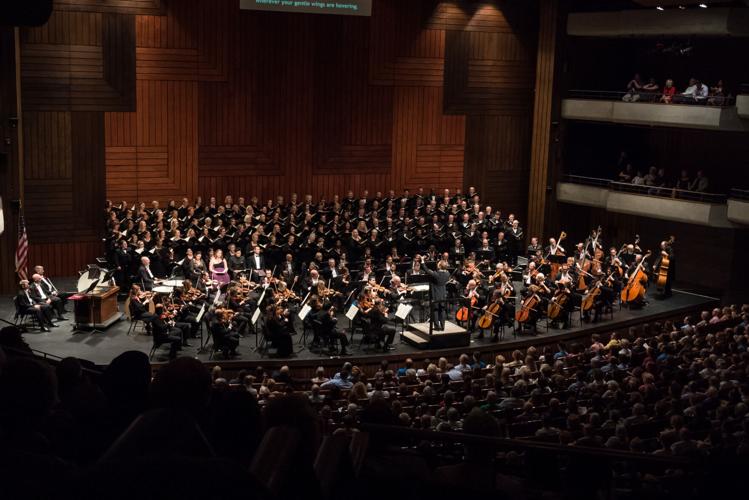 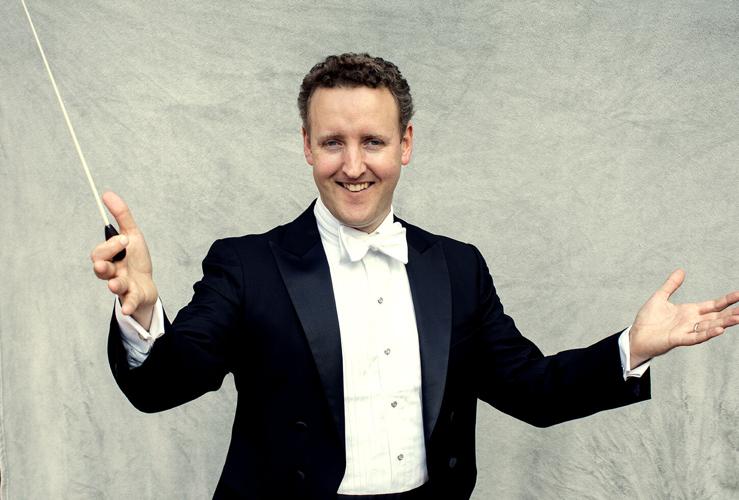 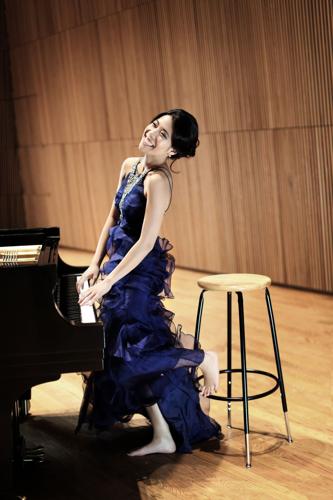 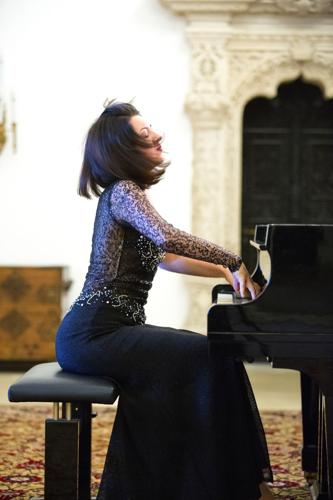 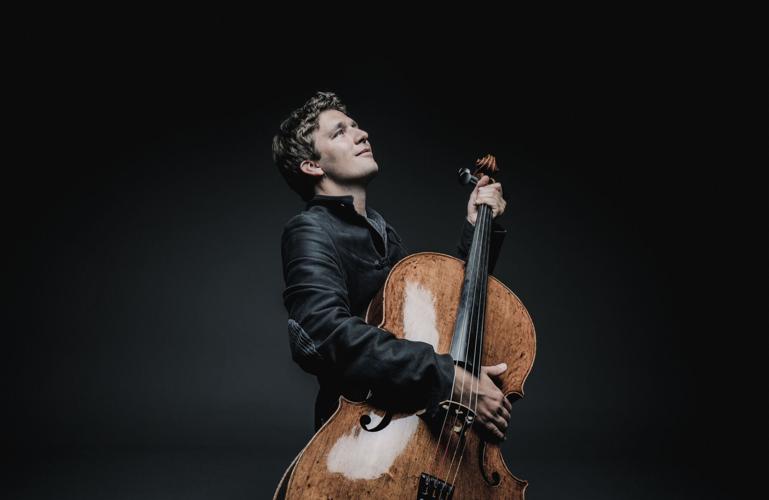 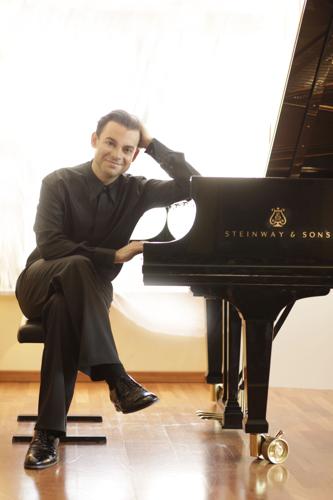 Big moments in TFO’s 55th season include a mini festival of Rachmaninoff’s Second and Third Piano Concertos; a world-premiere Violin Concerto composed by Tampa native Michael Ippolito for TFO Concertmaster Jeffrey Multer; classics such as Tchaikovsky’s Symphony No. 4, Beethoven’s Symphony No. 6, “Pastoral,” and Mahler’s Symphony No. 4; and a unique performance of “Wagner’s The Ring Without Words.”

TFO’s premier Raymond James Pops series puts the full force of the orchestra behind a wide range of music, from “Harry Potter vs. Star Wars” to “Aretha: Queen of Soul” and “Abbey Road,” featuring the Beatles’ iconic album in its entirety. Season tickets for all series are on sale now.

“We can’t think of a more stirring and sensational way to start the season than the extraordinary spectacle that is ‘Carmina Burana,’” said Francis, who enters his eighth season with TFO. “There’s nothing like the sheer joy of listening together in the concert hall, and this season we’ll bring some of the most spellbinding sonic experiences ever.

“We’ll give new life to beloved classics, debut inspiring new works and perform a variety of composers that reflect the different cultures and influences that make up our Tampa Bay community. At the heart of it all are the brilliant Florida Orchestra musicians, whom we will feature throughout the season, as well as world-class soloists.”

The Florida Orchestra will start off the new season with a new title sponsor, the Hough Family Foundation, for its premier classical Masterworks series.

More Masterworks highlights include Mahler’s Symphony No. 4, a work that has started many a love affair with the composer; Stravinsky’s The Rite of Spring, the only orchestra work to spark a riot in its debut in 1913, paired with Tchaikovsky’s sweeping Swan Lake; Mendelssohn’s Elijah, a glorious oratorio that TFO last performed in 2010; and the orchestra’s first-ever performance of “Wagner’s The Ring Without Words.”

Wagner’s Ring cycle of operas typically takes about 15 hours to perform over several days, but this version is an ingenious synthesis of all the greatest music — including Ride of the Valkyries — into an orchestral tour de force lasting just over an hour. TFO will provide the narrative onscreen so the audience can follow along with the epic saga.

One of the most anticipated moments of the season will be the world premiere of Michael Ippolito’s Violin Concerto, written specifically for TFO. The concerto continues TFO’s close collaboration with Ippolito, a much sought-after composer who was inspired by The Florida Orchestra as he grew up in Tampa. He also composed Triptych, a major work commemorating TFO’s 50th anniversary in the 2017- 18 season that debuted to rave reviews.

“As TFO continues our commitment to music as a living art form, we’re excited to give life to this violin concerto, which will feel home-grown in Tampa Bay,” Francis said.

In February 2023, TFO will perform a mini-Rachmaninoff festival to honor the 150th anniversary of the composer’s birth and explore his life and music. On back-to-back weekends, world-renowned pianist Joyce Yang will return to TFO for Sergei Rachmaninoff’s Second and Third Piano Concertos.

“There’s something about Rachmaninoff’s expressivity that taps into all of us,” Francis said. “His piano concertos are some of the most jaw-dropping feats of human achievement, but to be truly captivated, you must see them performed live.”

Throughout the season, TFO will perform a variety of music that reflects the different cultures, backgrounds and influences that make up our community. In November, TFO celebrates the power of women with Rimsky-Korsakov’s Scheherazade and Clara Schumann’s Piano Concerto featuring Alexandra Dariescu, all led by guest conductor JoAnn Falletta, music director of the Buffalo Philharmonic Orchestra, a multiple Grammy winner and a pioneer for women in conducting. A wide range of composers includes Michael Abels’ “Delights and Dances,” Grace Williams’ “Elegy,” Jessie Montgomery’s “Records from a Vanishing City,” and Joseph Bologne’s Symphony No. 2.

TFO starts off 2023 with a slate of American music featuring a rare Tuba Concerto, by jazz legend Wynton Marsalis. The playful work with a “great sense of humor” features TFO’s Principal Tuba TJ Graf and is framed by George Gershwin’s “An American in Paris” and Duke Ellington’s “Black, Brown and Beige Suite.”

Nancy Chang, TFO’s associate concertmaster. will be featured in Mozart’s Violin Concerto No. 3, on the same program as Beethoven’s Symphony No. 6, “Pastoral.” The Masterworks series will bring back some of the most sought-after soloists from around the world to Tampa Bay stages, including Stefan Jackiw for Brahms’ Violin Concerto, led by guest conductor Joshua Weilerstein; TFO favorite Maximilian Hornung for Elgar’s hauntingly beautiful Cello Concerto; and Dejan Lazic for Mozart’s Piano Concerto No. 20. For the first time, celebrated baritone Donnie Ray Albert will join TFO for the title voice in Mendelssohn’s “Elijah.”

All Hough Family Foundation Masterworks concerts include popular pre-concert conversations, which take a deep dive into the stories behind the music with guest artists and conductors, starting one hour before the performance.

In addition to the Hough Family Foundation Masterworks concerts, TFO’s 2022-23 season will feature the Raymond James series, the Light Favorites Morning Coffee Series, and community concerts such as Pops in the Park at St. Petersburg’s Vinoy Park.

For tickets and information: FloridaOrchestra.org.