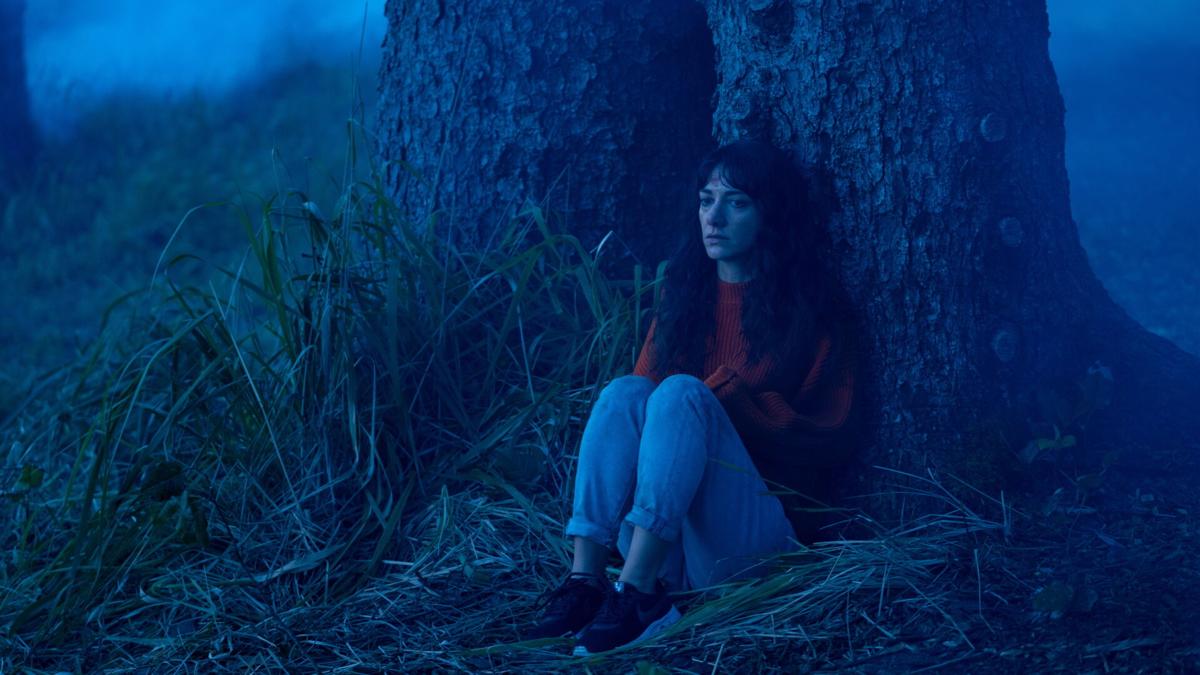 Sheila Vand stars as Mina in Dave Franco’s “The Rental.”

Poor choices — that’s an important element in a lot of good horror movies. When watching a horror film, it is hardly uncommon to think to yourself I wouldn’t do that if I were you, knowing very well that the clueless on-screen character is about to make a frighteningly bad decision. When watching a thriller, have you ever caught yourself uttering some direct one-word decree — “Stop!” — “Don’t!” — “No!” — in an attempt to keep a protagonist safe? That’s part of the fun: Being drawn into the moment, feeling that mix of terror and anticipation and waiting for the point in the film when one of the would-be victims hears you — and doesn’t make the wrong choice.

“The Rental,” a new movie from IFC Films, makes quite a few unfortunate choices.

In his directorial debut, Dave Franco presents a tale of two couples whose lives are awkwardly intertwined. First are brothers Charlie and Josh. Charlie is successful, wealthy, and more than a little conceited. Josh is a slacker who is barely employed. He has anger issues and has spent time in prison for assault. Charlie is married to Michelle, and his past is apparently littered with abandoned romantic relationships. The viewer learns that he has a history of initiating new hook-ups before closing the door on the previous one.

Did I mention that Charlie works closely — very closely — with his brother’s girlfriend? Mina is both Charlie’s business partner and the woman Josh adores. While Josh isn’t particularly comfortable with the bond between his brother and his girlfriend, Charlie’s wife sees it as a strictly professional arrangement.

The movie opens with Mina and Charlie discussing plans for a weekend getaway at an oceanside rental house.

Ironically, this is the second horror movie in the last few weeks to use a beach house as its setting. “The Beach House,” written and directed by Jeffrey A. Brown, revolves around a college-aged couple that head to the beach to reconnect and end up sharing the weekend with an older married couple and some uninvited guests. That film debuted on Shudder July 9.

Since the two films share a handful of similarities, let’s compare them: “The Beach House” doesn’t hide the fact that it is B-movie fare. Its low budget may reveal itself in some sketchy effects and not-ready-for-primetime editing issues, but the acting and story help it to transcend its inherent weaknesses. “The Rental” feels more polished. The cinematography is crisp and evocative. The cast — which includes several well-known actors — is finely tuned. And the story is … well, the story shows glimpses of ingenuity even if its basic components are derivative and conventional in terms of modern horror.

“The Rental” never managed to pull me into the moment.

I never felt the need to issue an unheard warning that something terrible was about to happen because I never felt any connection to the characters. This does not indicate bad performances: The cast does not shoulder any of the blame in this instance. The script delivers four generally unlikeable individuals. The story of what happens to these four obnoxious, arrogant, inconsiderate, self-absorbed social leeches is at best bland and lifeless. Spoiler: The only character that evoked an ounce of sympathy — Reggie, Josh’s dog — survives.

“The Rental” could have been a much more powerful — and frightening — film. It features a slasher film setup, but then ignores all the conventions of the subgenre. Franco spends half the film vacillating between the melodrama of interpersonal relationships amongst the two couples and the latent anxiety of temporarily inhabiting the intimate living spaces of a complete stranger. That’s precisely where “The Rental” could have succeeded had the script maintained its focus: Tapping into that uneasiness when one first sets foot into a vacation rental — wondering who else has occupied that dwelling, how they spent their time there, what unspoken crimes might have been committed on the premises in the distant past — or the day before.

Franco does eventually get back to that theme, but it’s not until the end of the film. In fact, it’s tacked on like a clumsy epilogue that comes across as a desperate plea for someone to ask for a sequel.

Sorry — I’m not making that request.

Ultimately, “The Rental” fails at its most basic task: It doesn’t scare the viewer. The script conjures unpleasant characters and the story inspires only apathy. As in most horror films, the characters act impulsively. A string of spectacularly poor choices leads to their demise. Maybe that’s part of the reason why it is difficult to connect with their situation, particularly at this moment in history.

Or maybe it just isn’t a very good movie.