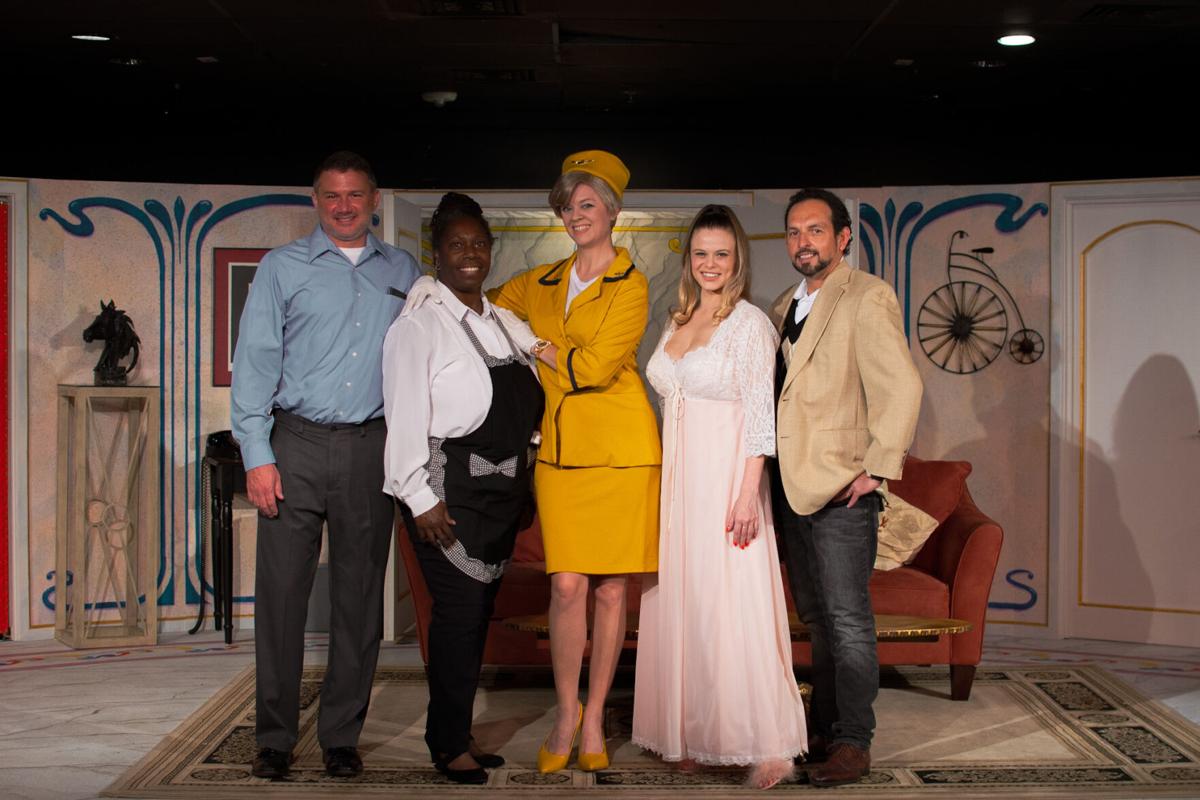 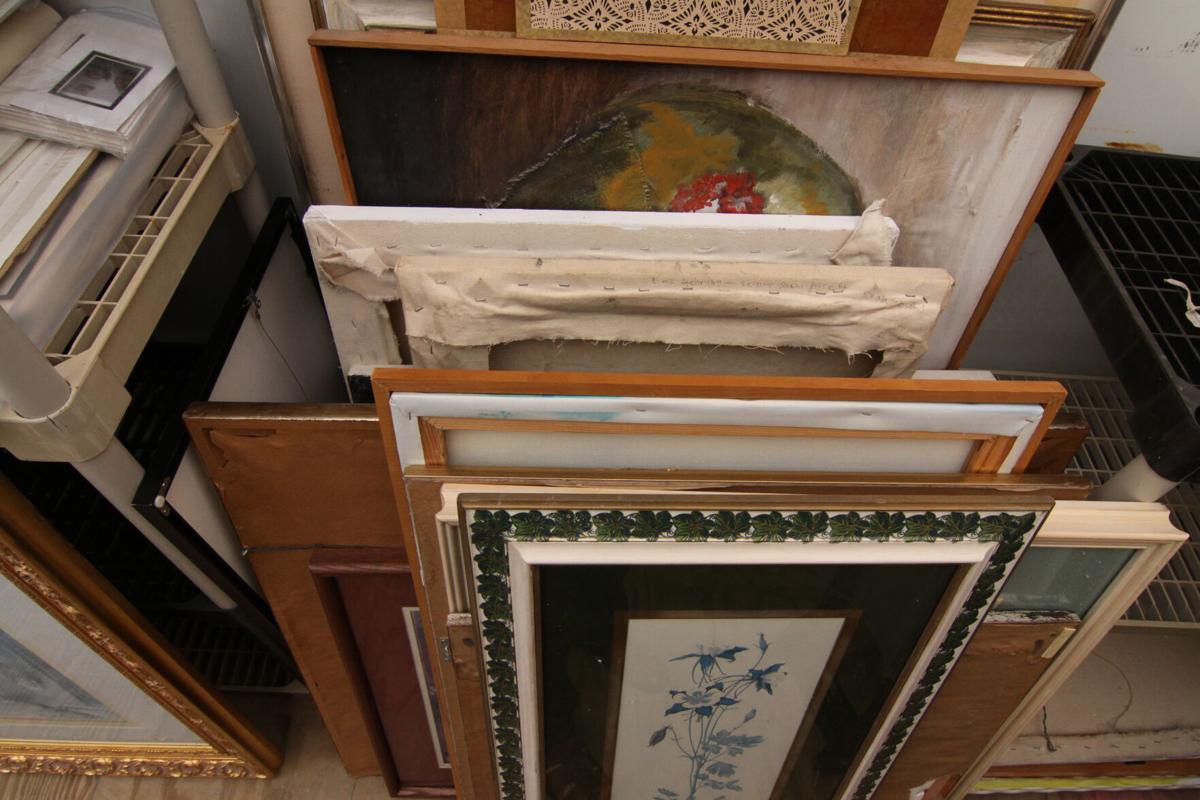 CLEARWATER — The Early Bird Dinner Theatre will host the opening of its new production of “Boeing Boeing” by Marc Camoletti on Saturday, Jan. 8, at 13355 49th St. N., Clearwater.

“Boeing Boeing is hilarious,” said Susan Fletcher Linardos, producer. “It is a zany door-slamming farce and is exactly the kind of comedy that Early Bird audiences love. “The cast is so talented and I am delighted to be working again with director Patrick Brafford.”

“Boeing Boeing” is set in 1960s Paris. Playboy Bernard juggles three fiancées, all flight attendants, with careful planning and the reluctant assistance of his housekeeper. But weather delays and the invention of a faster Boeing jet send his elaborate love life into chaos, especially when his male friend from the United States arrives.

Brafford first saw the play on Broadway in 1998.

“When I saw the play, I was totally impressed with Mark Rylance and Christine Baranski’s performances and the three actors portraying the flight attendants were hilarious,” the director said. “The details for each character rang true even with the broad physicality of the production. I’m not particularly drawn to farce but this production, while physical and broad, also added a depth to each character so that they didn’t become stereotypical.”

When Linardos asked Brafford to consider the play, he remembered how he had responded to the New York production as an audience member.

“… and when I reread the script, I felt it was one that we could have a lot of fun with if we found the right actors to bring it to life,” Brafford said. “Luckily, I think we have. We still have broad, physical humor but also richer and more realistic characters than what you normally see when watching a farce. It still has the crazy, improbable situations you would expect, but I wanted to capitalize on the moment-to-moment experiences those situations bring to each character and build the physical movements from the emotional moments the playwright created.”

Following the run of “Boeing Boeing,” Early Bird Dinner Theatre will next stage the comedy “Moon Over Buffalo,” directed by Donna Donnelly, opening in March.

The price for buffet and show is $40 including tax. Hand sanitizer is available and masks are optional. Catering onsite is provided by Banquet Masters.

Trashy Treasures — the Tampa Bay area’s biggest art garage sale — will take place Saturday, March 5, from 10 a.m. to 2 p.m., at the center, 1143 Michigan Blvd., Dunedin. The Trashy Treasures preview party will be presented Friday, March 4, starting at 6 p.m. The party will feature the best trashy treasures. Admission to the part is $10.

Artistic director Mark Sforzini and stage director Karl W. Hesser will put a 1930s spin on Handel's baroque masterpiece with an elaborate art deco stage design and period costumes. Accompanied with a comic libretto by Restoration poet William Congreve, derived from one of the most sexually charged Greco-Roman myths, “Semele” is a story of innocent love, unbridled lust, jealous rage, ambition, and revenge featuring some of Handel's most inspiring orchestral music and virtuosic vocal writing.

Engaged to a prince, the dangerously ambitious Semele is nevertheless in love with Jupiter, the king of the gods. Jupiter spirits Semele away to an elaborate palace guarded by dragons, but his wife, Juno, schemes to end the affair. With the help of Somnus, the god of sleep, Juno manipulates Semele into demanding immortality and seeing Jupiter in his real form, a wish that, when reluctantly granted, causes her death.

Performances are Friday, Feb. 4, at 8 p.m.; Sunday, Feb. 6, at 2 p.m.; and Tuesday, Feb. 8t, at 7:30 p.m. This production is sponsored by Bud and Betty Shapiro and supported in part by the Florida Department of State Division of Arts and Culture, the Florida Council on Arts and Culture, and the city of St. Petersburg.

Individual tickets for St. Petersburg Opera’s Semele start at $15 and are available for purchase online at www.stpeteopera.org, or by phone at 727-823-2040.

DUNEDIN — The 26 artists of Studio 1212 will exhibit works through January at the Stirling Art Gallery, 730 Broadway, 2nd floor, downtown Dunedin.

The public is invited to the opening reception for “Here in Paradise” set for Friday, Jan. 14, 5:30 to 7:30 p.m. The reception will feature wine. Artists will be on hand at the reception.

Stirling Art Gallery hours are Thursdays through Sundays, from 11 a.m. to 3 p.m.

The public is welcome. Light refreshments will be served. Artists will be on hand.

This exhibit will run from Jan. 5 through Feb. 20. Guests also may check out the unique gift items in the gallery’s boutique.

LARGO — The Machine has canceled its Jan. 16 performance at the Central Park Performing Arts Center.

The band performs the music of Pink Floyd. For information about the cancelation, visit LargoArts.com or call 727-587-6793.