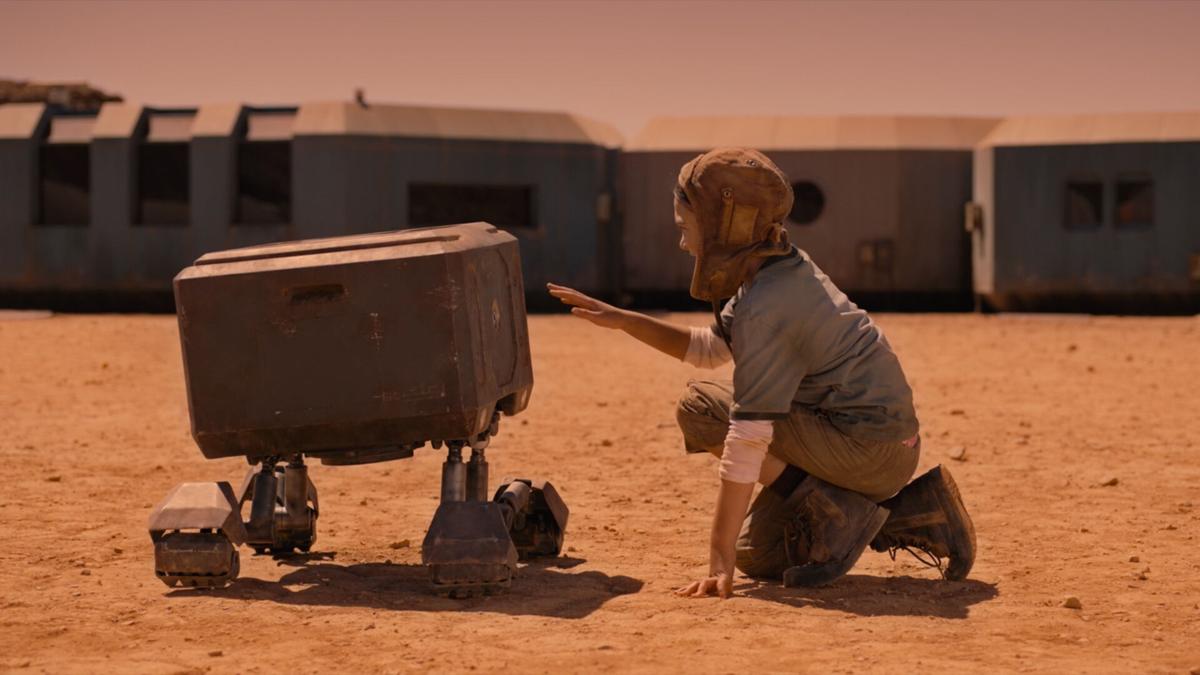 Beginning in the 1970s, there was a profound shift in science fiction cinema. Filmmakers increasingly eschewed the “great big beautiful tomorrow” prophesied in the Richard and Robert Sherman song written for Walt Disney’s Carousel of Progress. Instead of a Jetsons space-age future dominated by convoluted robotic contraptions, flying cars, holograms and cities in the stratosphere, science fiction turned toward darker themes set in dystopian societies in the future. Some of these films featured far-future post-apocalyptic scenarios while others hinted at catastrophes that awaited civilization in the coming decades.

These themes certainly existed in science fiction earlier in the 20th century, but the 1970s seemed to be the decade when they began to eclipse optimistic, uplifting visions of the future. The film “Fahrenheit 451,” based on Ray Bradbury’s 1953 novel, hit screens in 1966, and was followed only two years later by “Planet of the Apes,” the first film in the original five-film franchise that concluded with “Battle for the Planet of the Apes” in 1973. In 1971, moviegoers were treated to the depressing and unsettling futures portrayed in the films “A Clockwork Orange,” “The Omega Man,” and “THX 1138.” Other dystopian films from this decade include “Soylent Green,” “A Boy and His Dog,” “Zardoz,” “Death Race 2000,” “Logan’s Run” and “Mad Max.”

My point: Hopelessness is by no means a new theme in science fiction. The new film “Settlers” seems to put extra effort into painting a particularly grim scenario not only for the colonization of the solar system but for the continuation of the human race. “Settlers” was released July 23 by IFC Midnight and may be rented via various streaming services such as Amazon Prime, Vudu, AppleTV and GooglePlay.

Directed by Wyatt Rockefeller, “Settlers” combines science fiction with classic Western elements to tackle multiple contemporary issues in a bleak cautionary tale that contrasts ingenuity and determination with desperation and futility. The story is set in an isolated homestead situated in a predominantly inhospitable Martian landscape. As the film opens, a family occupies the remote outpost: Reza (Jonny Lee Miller), the father, and Ilsa (Sofia Boutella) tend to livestock and vegetables while raising their daughter Remmy (Brooklynn Prince). The script provides subtle clues as to how these three ended up in this place without going into detail. The viewer is only told that Earth is not what it once was, and that Reza — prior to his departure — had never seen a whale, an owl or an elephant. From their brief discussion about their former home, the viewer can infer some ecological collapse has taken place.

If you intend to watch the film, you may want to set this review aside: Discussing “Settlers” beyond this point involves some significant plot points that I would consider spoilers.

Reza sees the Martian farmstead as their salvation. But the refugees face complications. Their occupation of the compound is challenged by a group of strangers. When Reza refuses to relocate his family, the struggle descends into violence and bloodshed.

The outcome of this crisis eventually leaves only two survivors and sets up the conflict that will play out over the remainder of the film. The story picks up several years later with Remmy, now a young woman (played by Nell Tiger Free), cohabitating with Jerry, the only surviving member of the group that tried to force the refugees off the farmstead. Jerry’s character is initially inconsistent: Rockefeller’s script affords him enough of a backstory to make his claim on the outpost somewhat legitimate. Like Reza, he sees a greater purpose in ensuring their continued existence — or at least, he gives lip service to the survival of the human race. There is a decidedly more malignant aspect of his motivation, though. Rendered as a utilitarian who will do what needs to be done, he makes decisions based solely on what he perceives as necessary. Needless to say, this means he does not take Remmy’s independence into consideration. He views himself as being potentially responsible for the rebirth of the species. So, yes, in a sense, “Settlers” evokes the much maligned and overused Adam and Eve sci-fi plot — albeit with a punitive twist. As usual, the idea that Jerry and Remmy could somehow repopulate the species completely ignores legitimate population genetics — but there is no need to go over the math in this instance since Rockefeller’s script makes it a moot point.

What is important here is that Jerry attempts to use survivor’s logic to justify rape. It doesn’t work out well for him.

“Settlers” leaves the viewer questioning the perseverance of optimism in a world spiraling out of control. It touches on several complex themes to which we can find links in daily headlines, from the mistreatment of refugees to the appalling pervasiveness of women encountering sexual violence. It also provides a microcosm of society, highlighting our growing inability to effectively communicate, compromise and work for the common good.

“Ultimately this is Remmy’s story,” Rockefeller said in the film’s production notes. “It’s a coming-of-age of this girl, and her finding independence. Effectively the chapters of the story are one pillar after another — pillars she depends on — crumbling, and her having to look inward. Not only for the strength to keep going, but ultimately the strength to do the one thing that they never thought they could. It is the risk of a life alone that sends Remmy out. That is ultimately the spine of the movie. It’s this girl growing up and taking matters into her own hands.”

The viewer will undoubtedly empathize with Remmy and will applaud her strength, but it ultimately feels like a hollow triumph. The ending guarantees nothing, leaving the young woman’s story incomplete. Its ambiguity forced me to revisit all the points in the story where discourse and diplomacy might have led these characters down different paths. Perhaps that was one of Rockefeller’s goals: to cause the viewer to recognize that members of a society must work together as equals to survive and flourish.

As an ode to misguided intentions and the pigheadedness of adults, “Settlers” is a disturbing rendering of human nature in crisis mode. Despite its pessimistic outlook and oppressive tone, the film resonates with strong emotions: grief, betrayal, indignation, endurance, and courage. Through understated storytelling and exceptional performances, it offers edgy, contemplative science fiction that is both provocative and introspective. Banking on human drama over spaceships and laser pistols, “Settlers” may not appeal to every sci-fi fan, but it delivers in terms of storytelling, austere visuals and significant themes.